Santiago de Compostela, in Galicia, Northwest Spain, is worldly famous for its spirituality – it is one of the most important Christian pilgrimage and holy sites, along with Rome and Jerusalem, and it all started when Bishop Teodomiro found what it was believed to be the mortal remaining of Saint James the Great.

The Cathedral of Santiago de Compostela is the reputed burial place of James the Great, the apostle of Jesus Christ, and it is also one of the only three known churches in the world built over the tomb of an apostle of Jesus (the other two being St. Peter’s Basilica in Vatican City, and St. Thomas Cathedral Basilica, in Chennai, India).

It has historically been a place of pilgrimage on the Camino de Santiago (Way of St. James) since the early Middle Ages, and it marks the traditional end of the several pilgrimage routes.

The extraordinary building is a Romanesque structure, with later Gothic and Baroque additions, and it was first built between 1075-1128 A.D., in the time of the crusades.

Inside everything is amazingly beautiful, and you have several places of interest: Under the altar you can see the silver box containing the relics of Saint James; you can go behind the altar and give the traditional hug to the Apostle’s huge statue, you have the ancient Portico da Gloria and even the pillar where you can see an engraved hand, until you notice it was made by the millions of pilgrims who, upon arriving, used to place their hand on the same spot.

One of the most interesting elements about the cathedral is the famous Botafumeiro, a large censer which disperses incense amid the congregation. Weighing more than 80kg and measuring 1.5 m, it is one of the largest in the world and is suspended 20 m high above the crowd, through a system of ropes and pulleys. On special occasions, and after some masses, the Botafuemeiro is released by a team of eight men, who swing it across the cathedral at great speeds of up to 68 km/hr. It is thought that this tradition was started in order to cover up the smell of the thousands of pilgrims arriving at the cathedral after their exertions

Everything inside is surrounded by incredible Christian artworks and statues, and even if you’re not Christian, you will be amazed by the greatness of the place. There is no admission fee and they celebrate two masses every day.

The Cathedral was declared a UNESCO World Heritage Site in 1985. 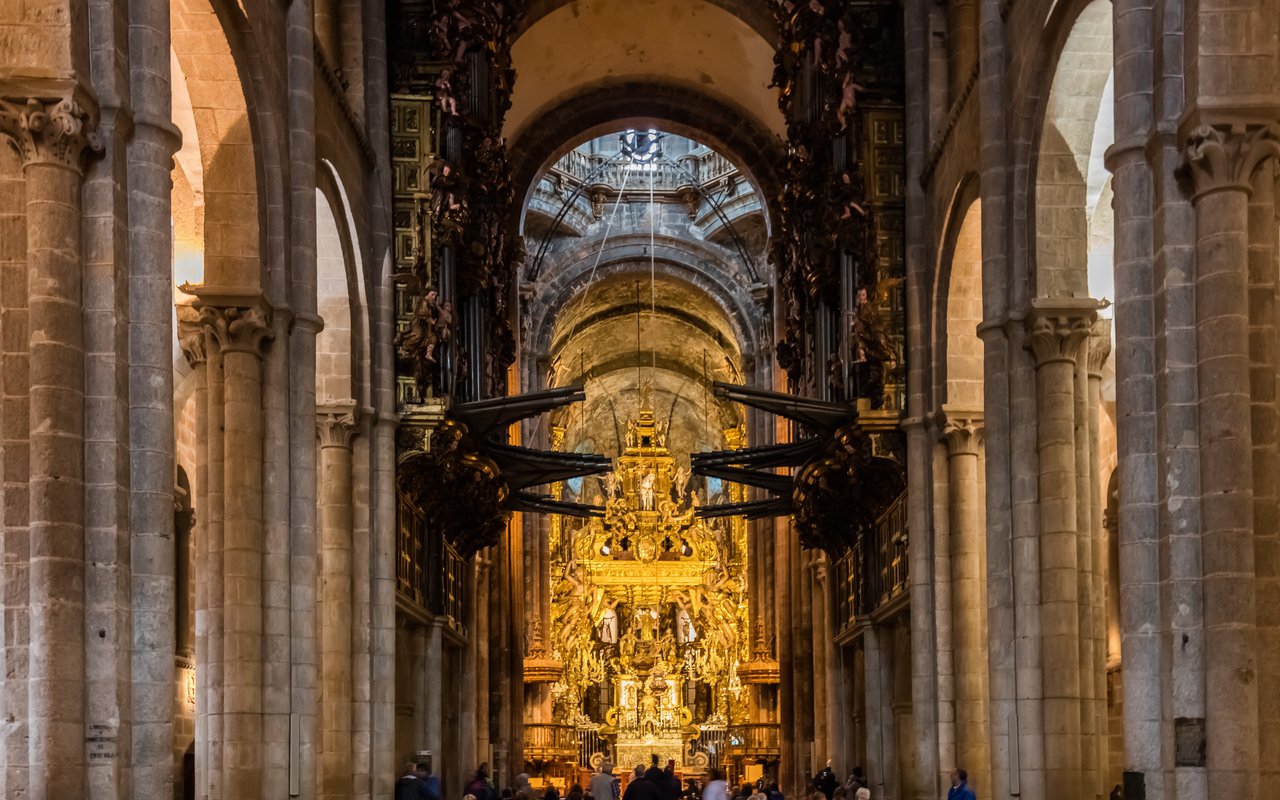 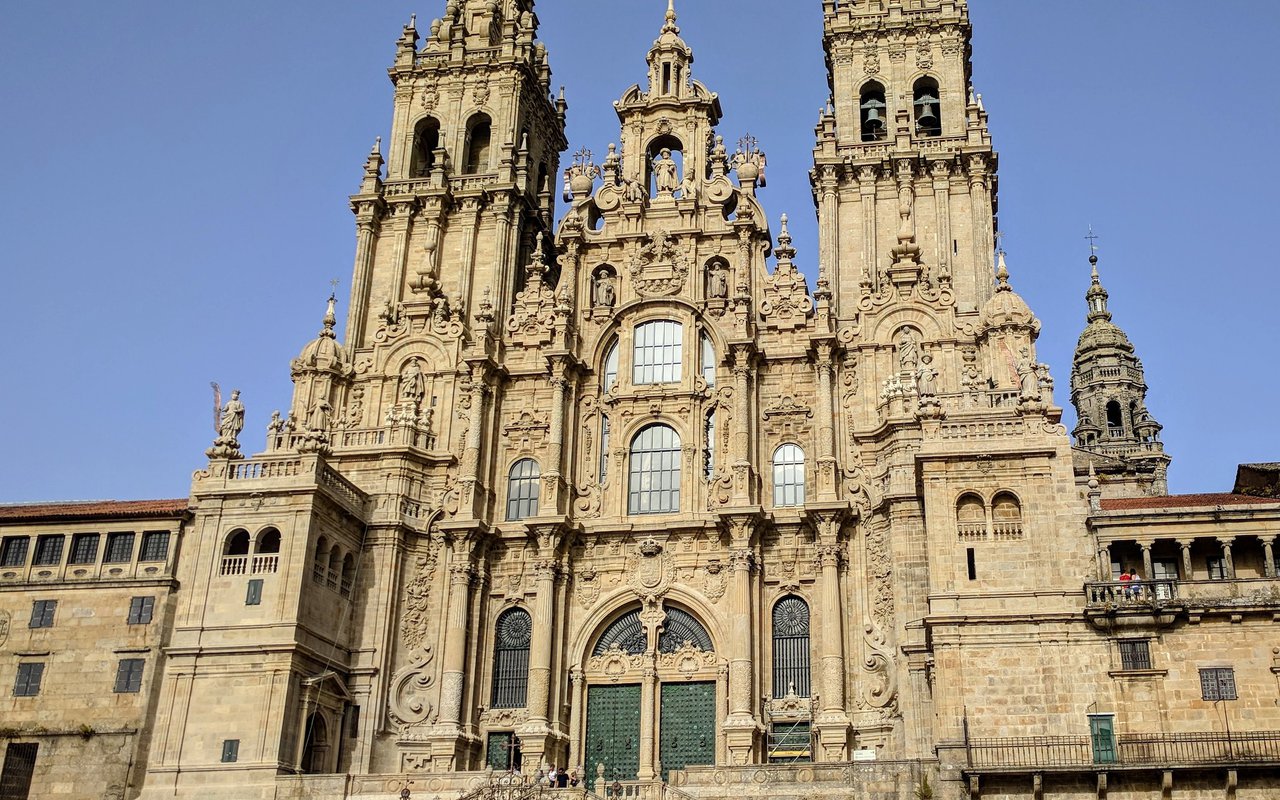 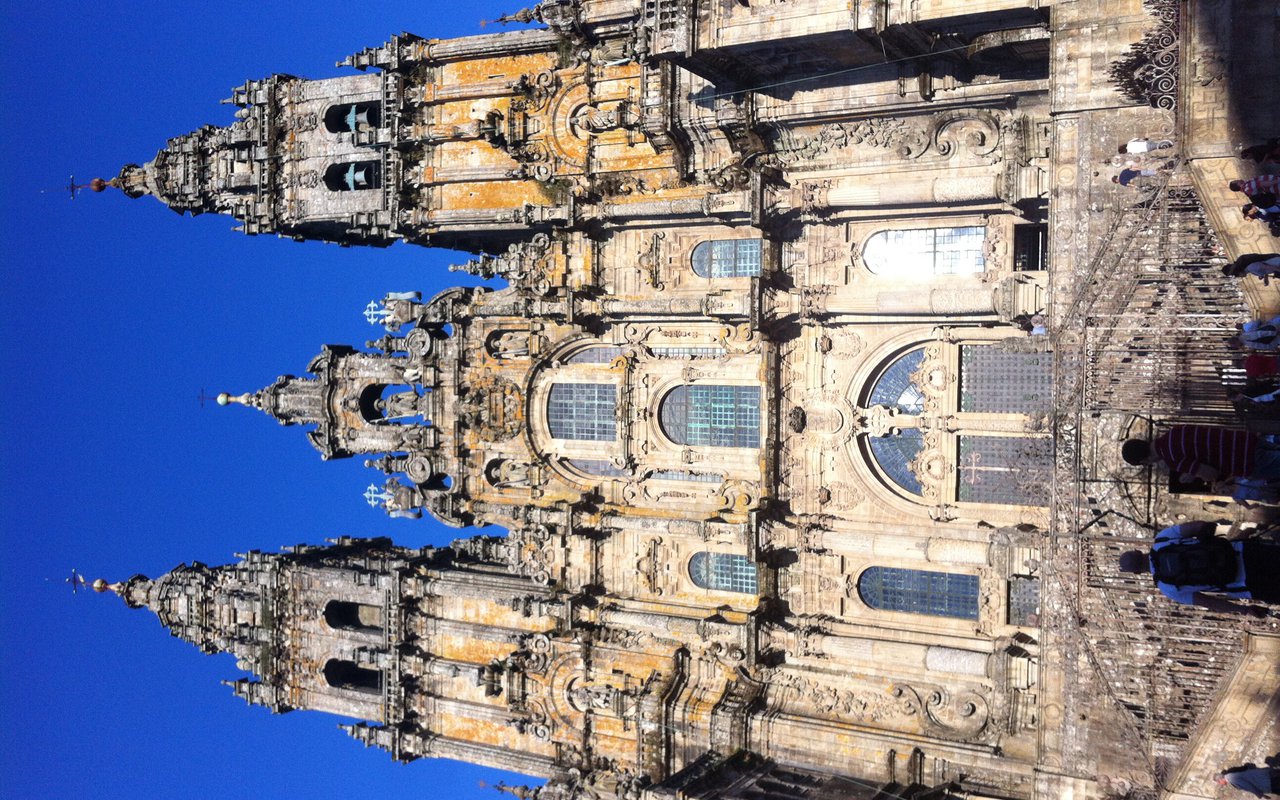 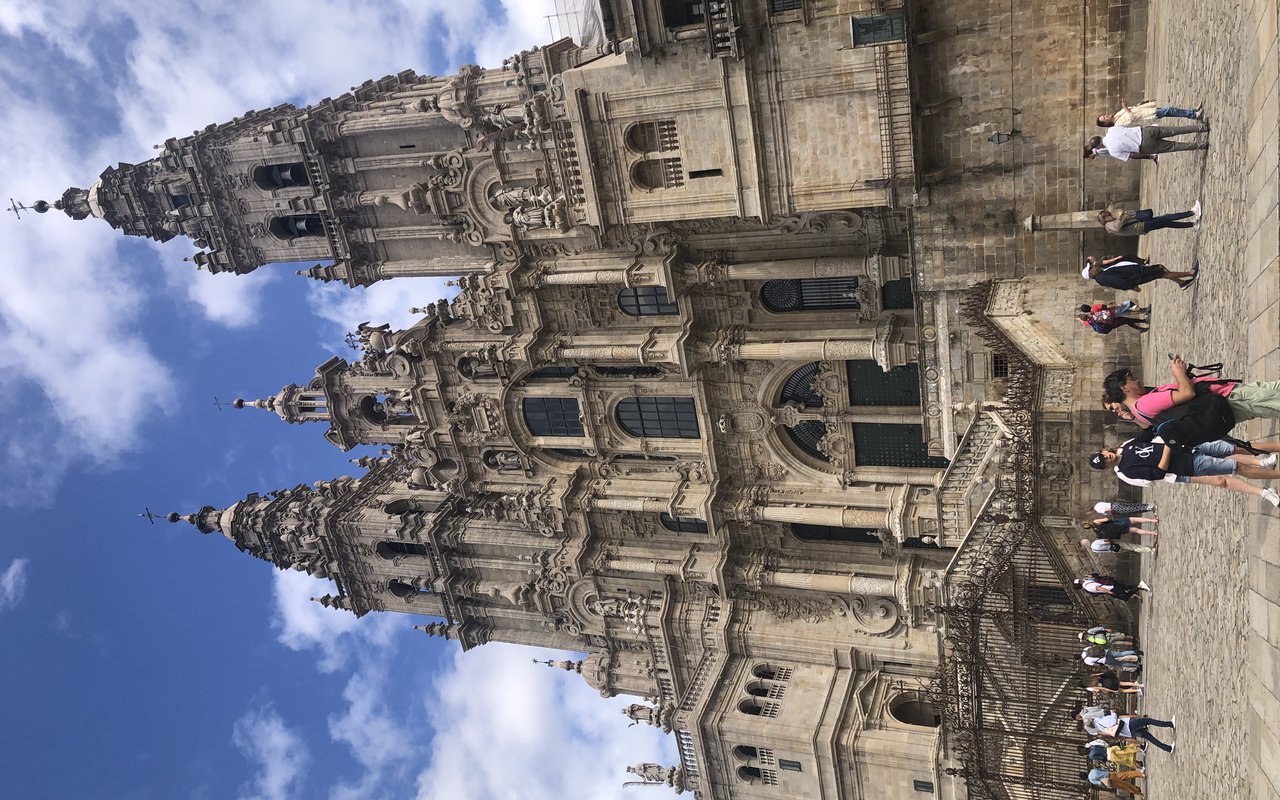 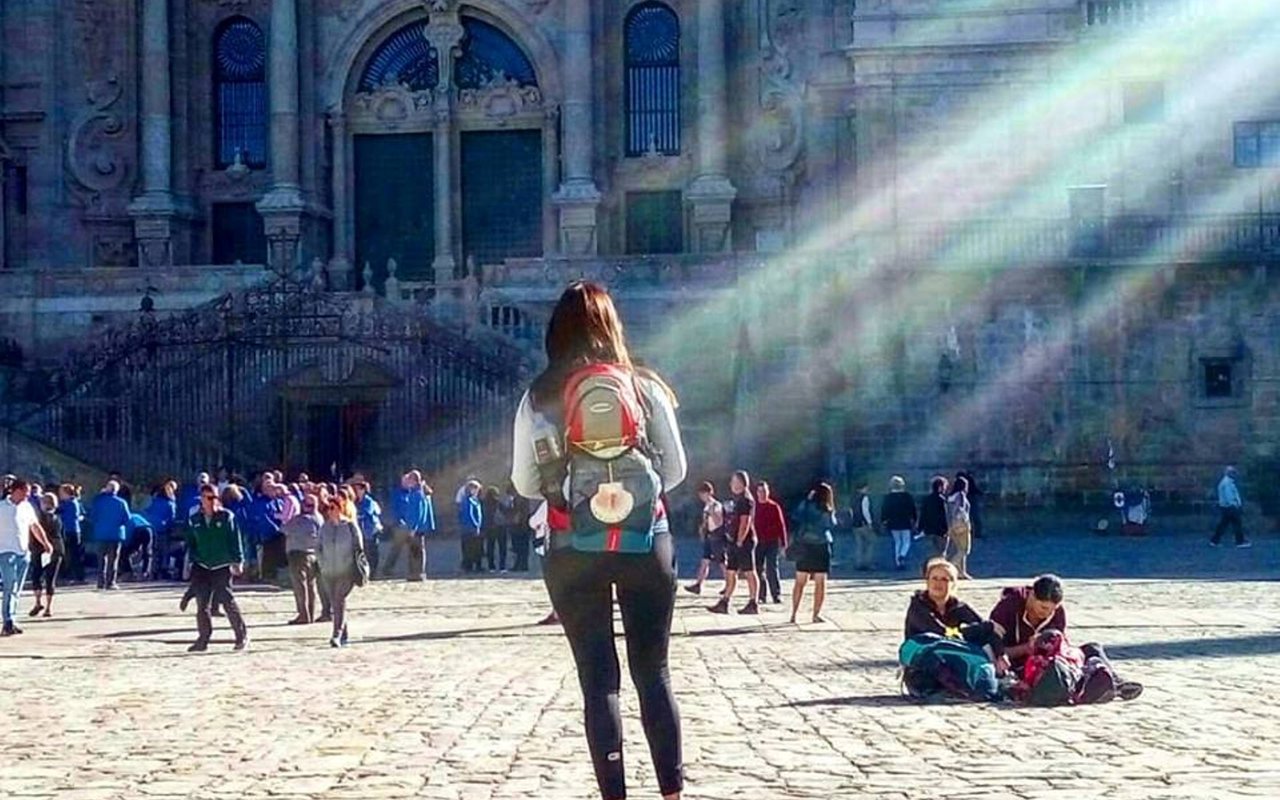