Paris is famous for lots of different things: the city of light, the city of love, one of Europe’s fashion capitals… But what most people don’t know is that underneath the city lies one of its biggest attractions – The Catacombs. The city was built on top of a whole world of tunnels, some of them never been explored by modern humans before due to its difficult access. We are talking about around 200 miles of dark, filthy, creepy, and who knows what else, tunnels.

For those who are adventurous and brave enough, this is the kind of place you want to go when visiting Paris. And although there is an outrageous number of tunnels underneath the city, only a small portion of them is open for touristic purposes.

In this open-to-public area, you will find thousands upon thousands of human remains, mainly bones, and skulls, piled up together in a freaky kind of way.

These bones belong to the habitants of Paris back in the 18th century. Back then the city's faced a common problem at the time – the overpopulation of the graveyards. Not only were they overpopulated as well as in deplorable conditions such as open graves everywhere or corpses in the open air, which caused the propagation of infectious diseases to the people on the city and lead to urgent action by the authorities. The solution? Moving the bones to the city's old tunnels.

They are still there today on a morbid display of the fragile human condition.

Some of the most prominent Frenchmen whose bones might be placed in the Catacombs are Charles Perrault, author of Little Red Riding Hood, Puss in Boots, and Cinderella, Jean de La Fontaine, known for Fables, Simon Vouet, painter, or François Girardon, sculptor.

The Catacombs became a popular attraction for royal families and the people of importance and in 1867 the area was opened to the public.

The size and length of the tunnels make it difficult to keep secret societies, thieves, artists, and the curious public from entering the dangerous network, so increasing security measures are in place every year

This is a popular attraction, and the wait to get in is often over an hour. To avoid the long line, purchase your tickets ahead of time. Another tip would be going there in the low season and outside of French school holidays.

For safety and preservation reasons, it is forbidden to bring suitcases and luggage to the Catacombs. There are no cloakroom facilities on the spot.

Are you brave enough? 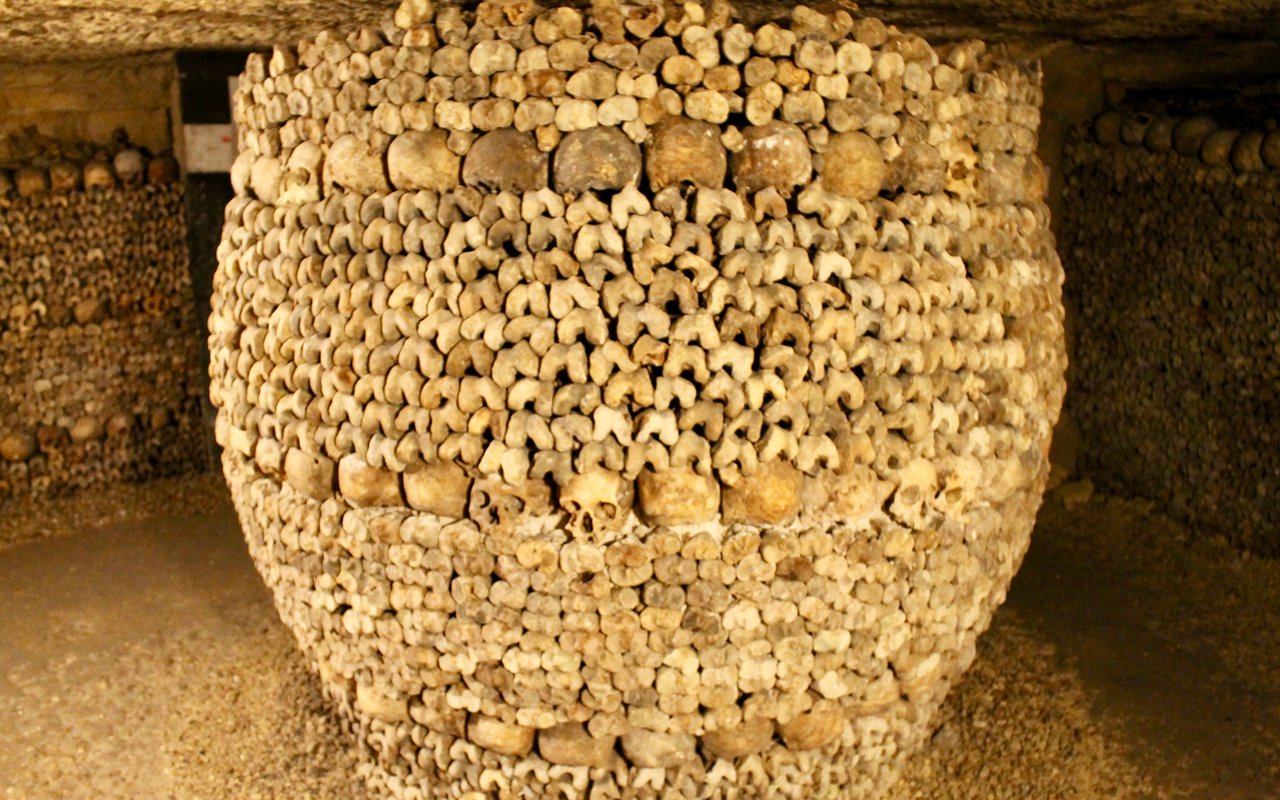 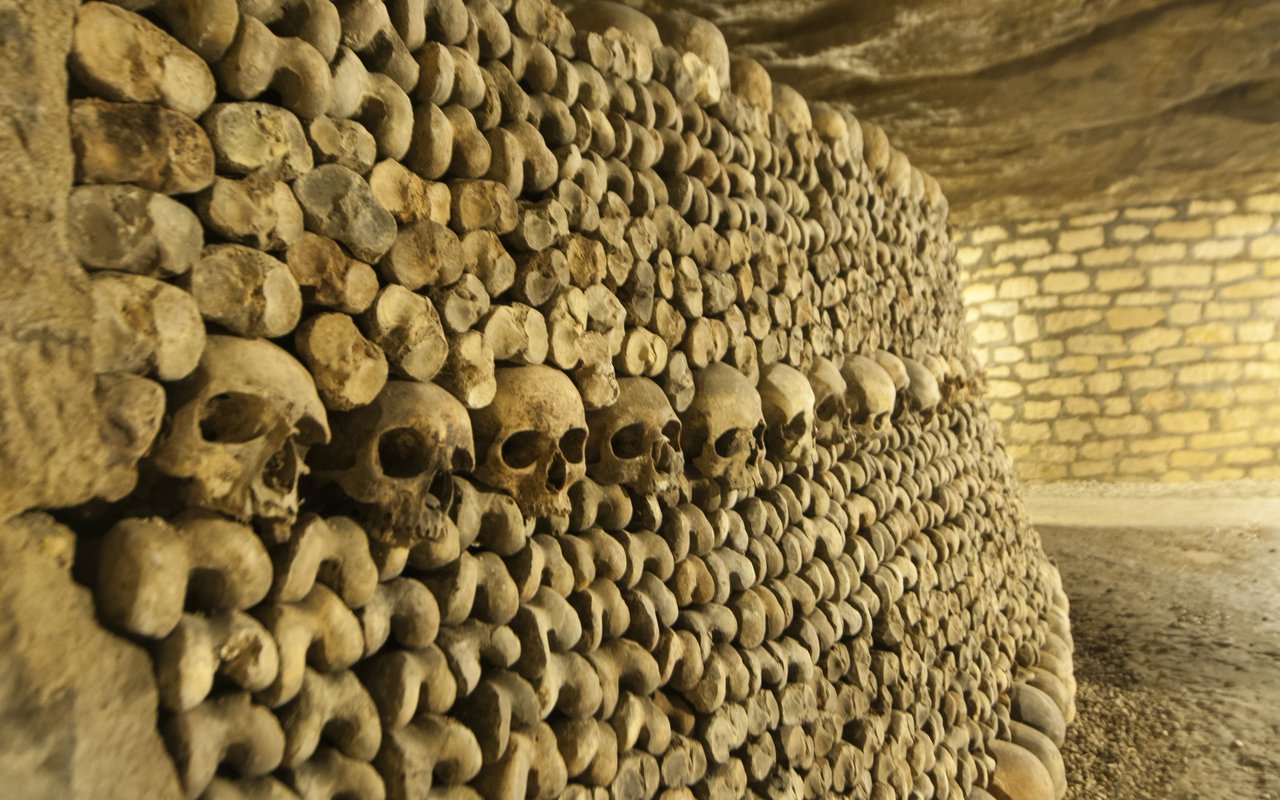 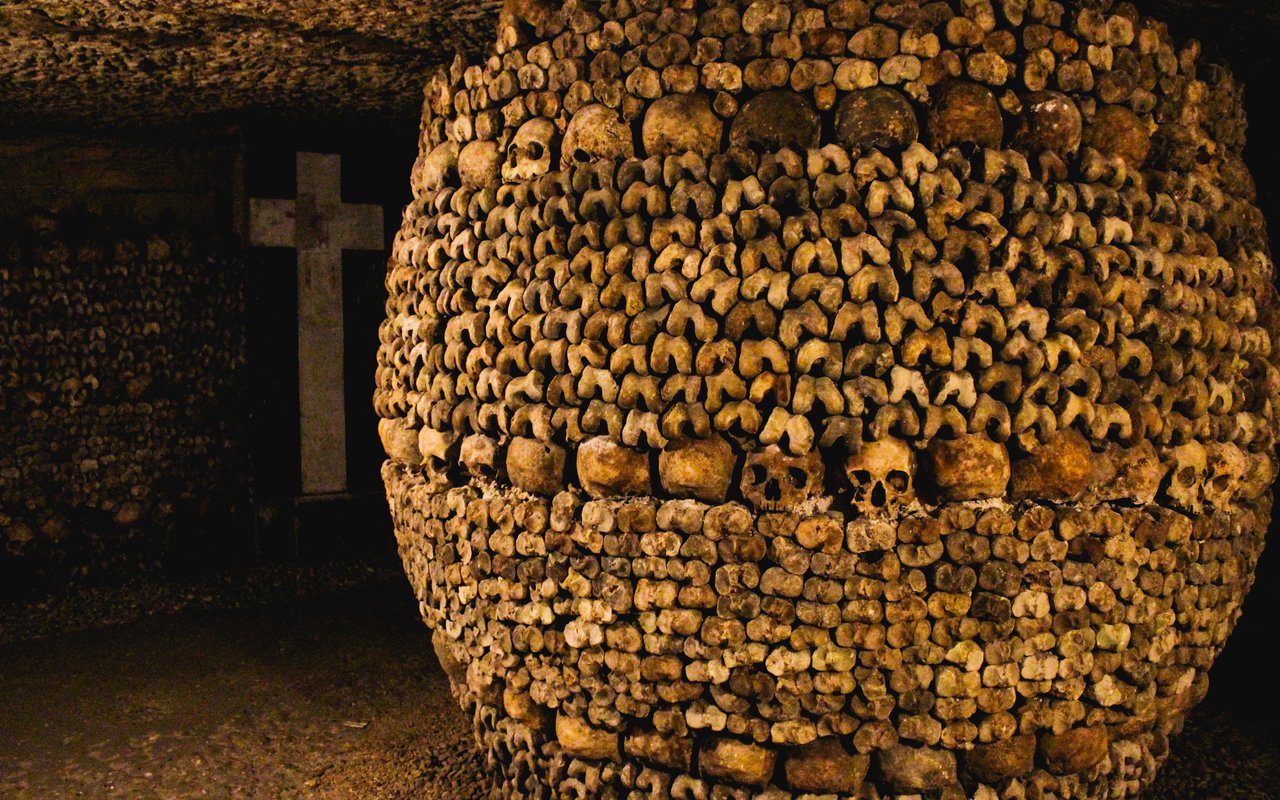 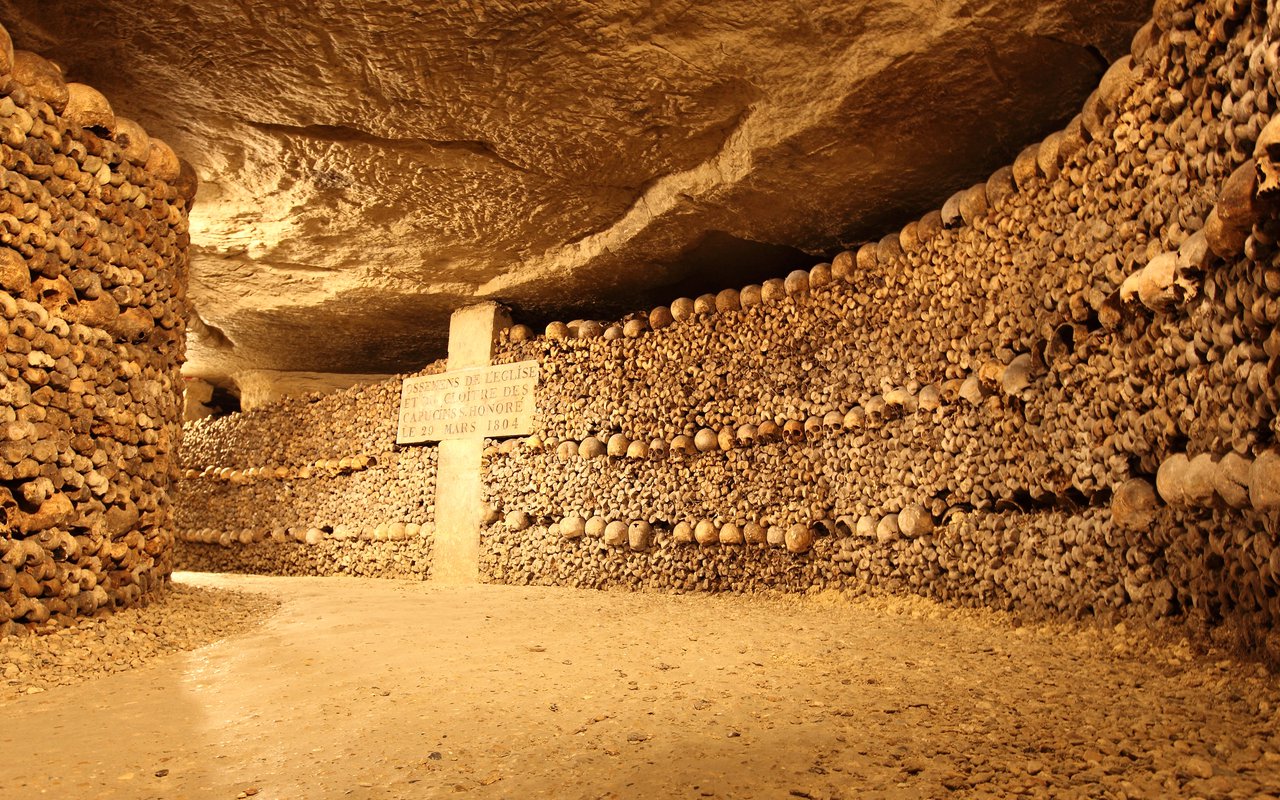