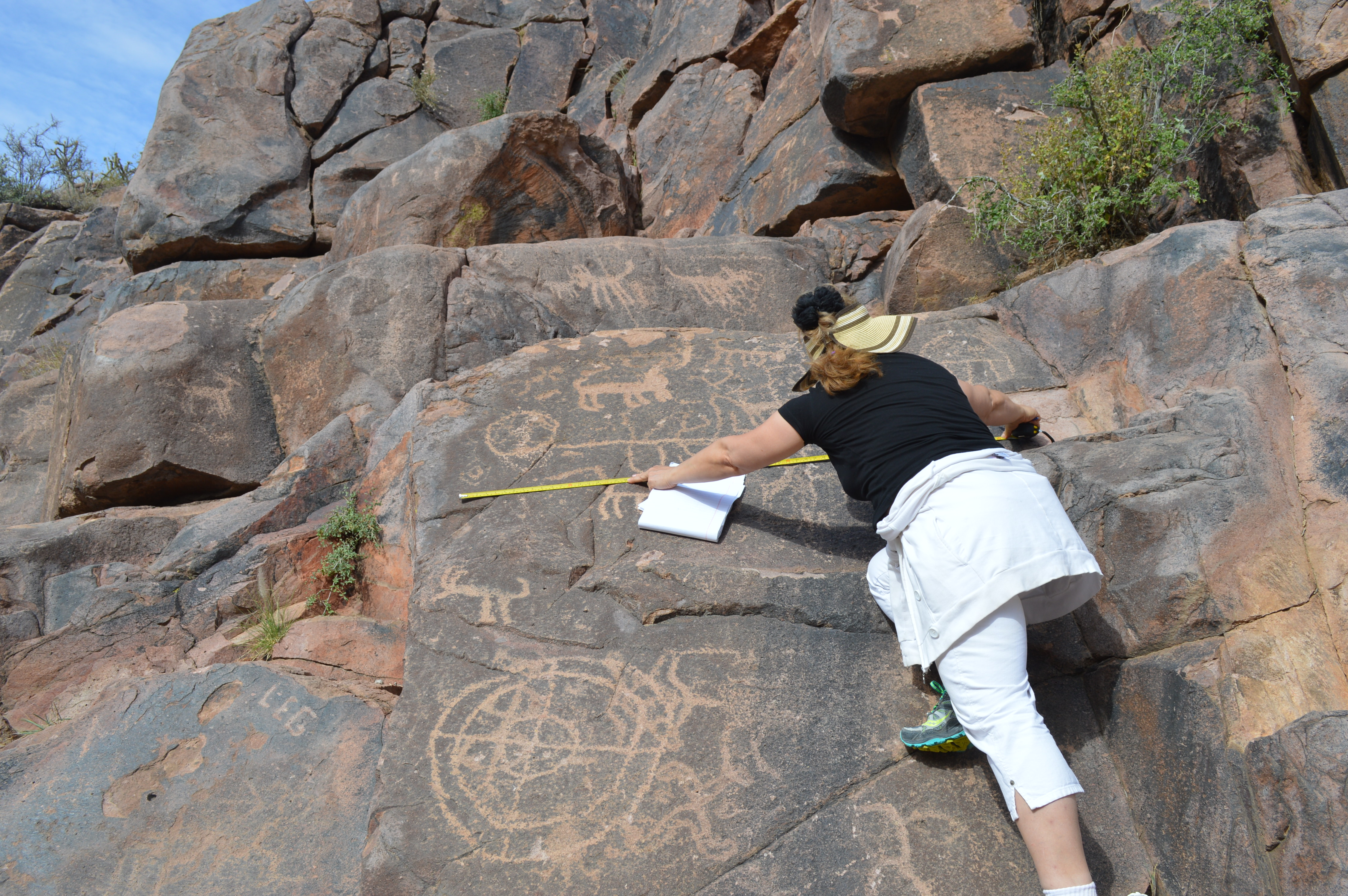 Abyaneh is one of the historic and oldest villages in the world, with more than 2000 years background it is located in the Central District of Natanz County, Isfahan Province, in Iran. it[3] Characterized by a peculiar reddish hue, attracting numerous native and foreign tourists each year, especially during traditional feasts and ceremonies. An Abyanaki woman typically wears a white long scarf (covering the shoulders and upper trunk) which has a colorful pattern and an under-knee skirt. On top of the village sits the ruins of a Sasanid era fort. The dialect of the people of Abyaneh has preserved some characteristics of the Middle Persian language, the language of the Sassanian Persia Abyaneh this beautiful historic village is at a distance, 70 km to the southeast of Kashan and 40 km to Natanz. The village is compact, with narrow and sloped lanes, and houses located on the slope as if placed on a stairway. Here, the roofs of some houses are used to serve as the courtyard for other houses higher up on the slope’ Distance from Tehran the capital city of Iran to Abyaneh is about 289 km , one can use a car , it takes 5 or 6 hours to get there. There is a beautiful traditional restaurant and a motel for staying few nights 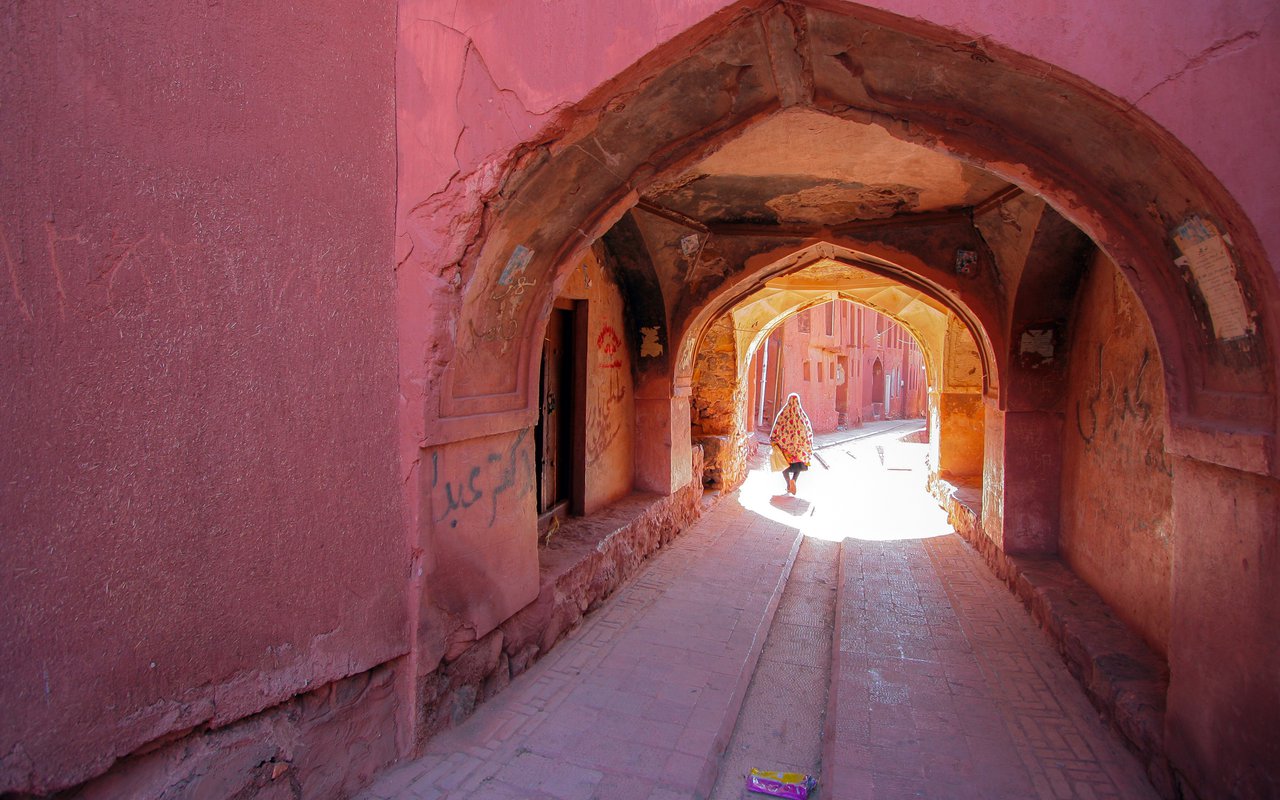 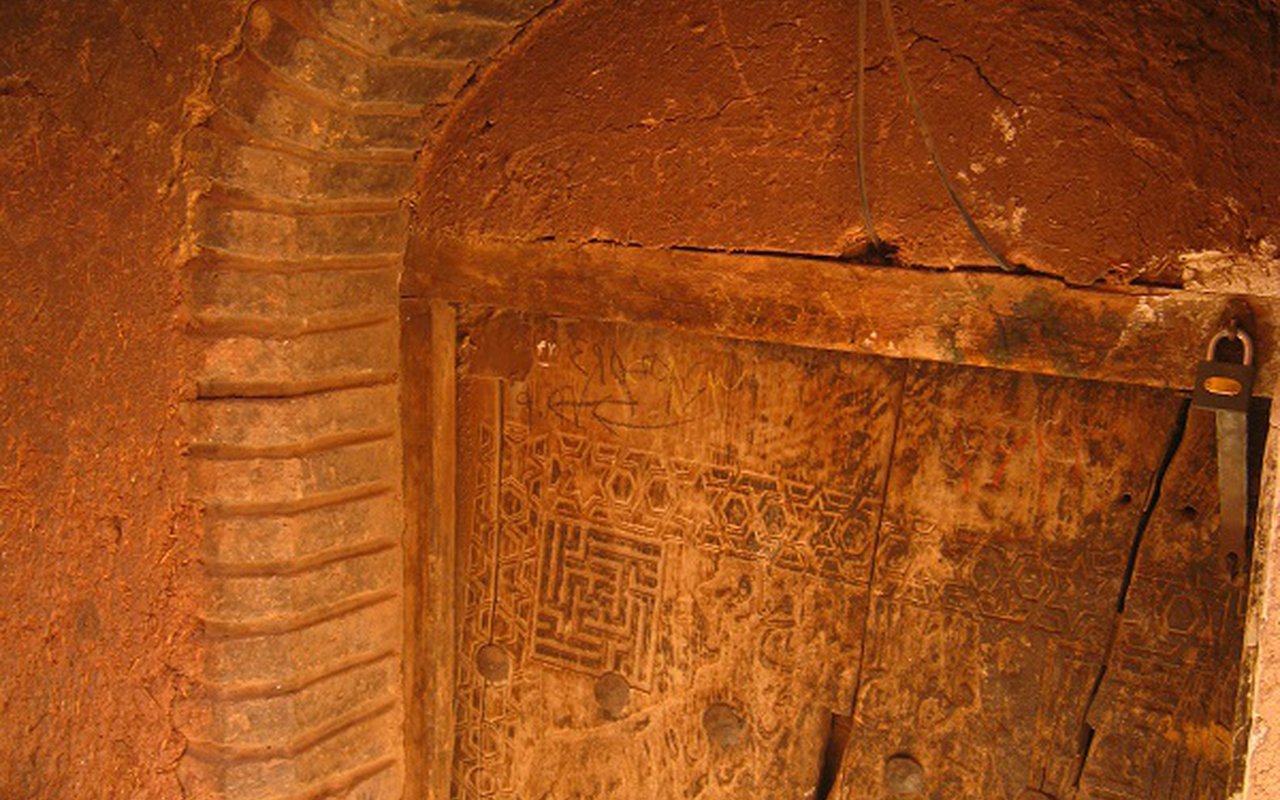 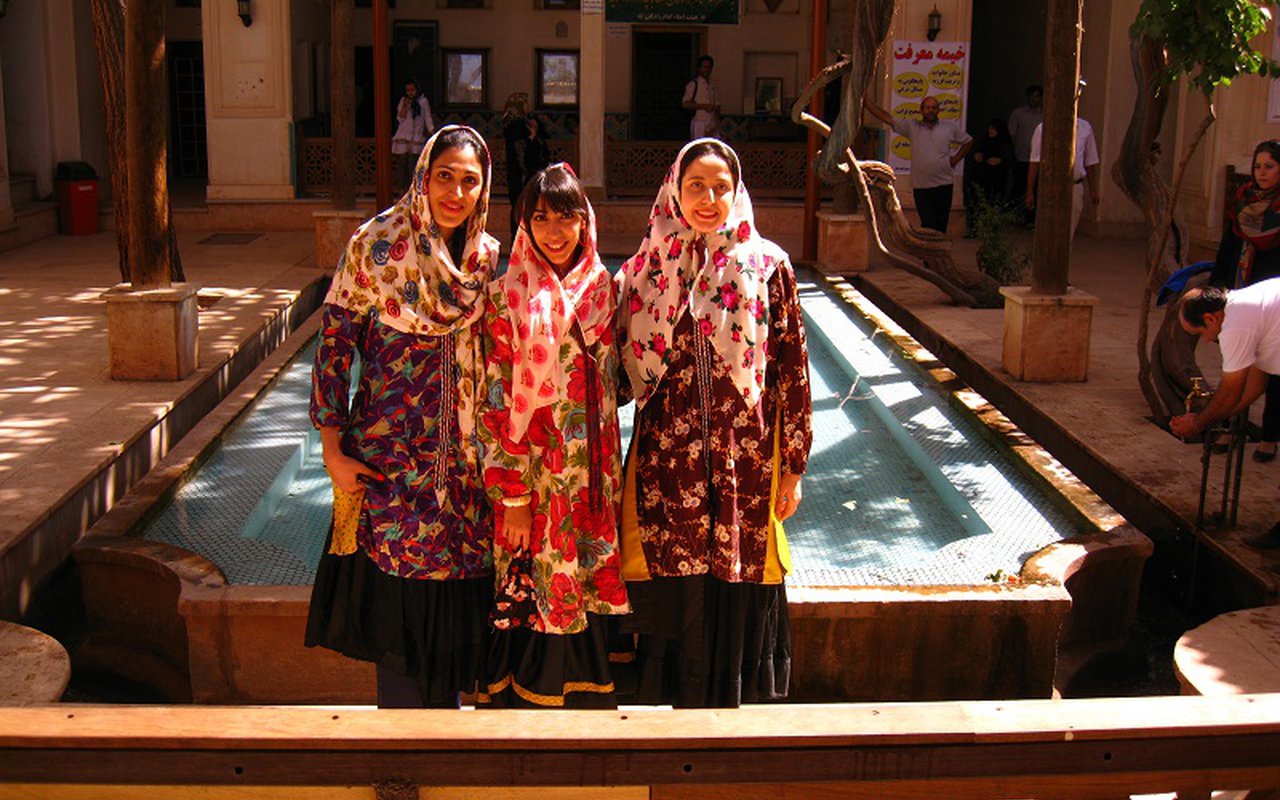 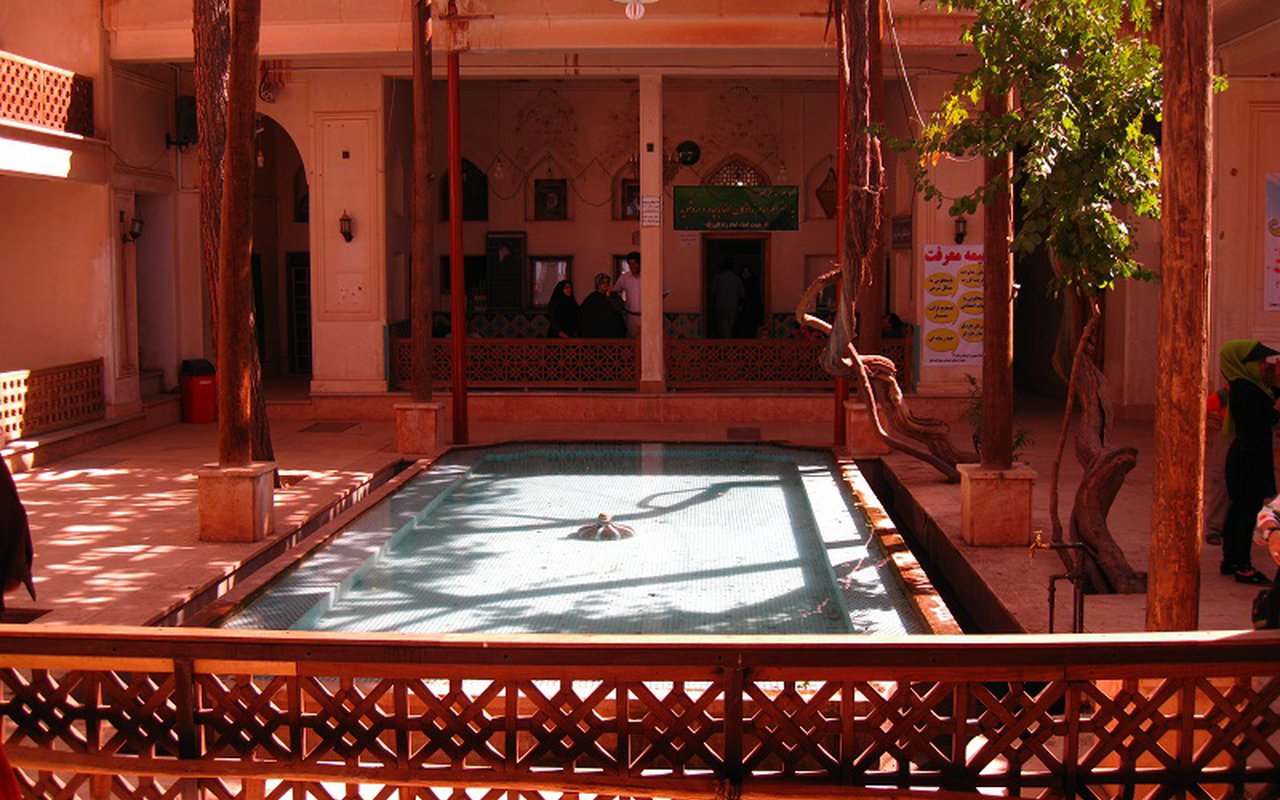 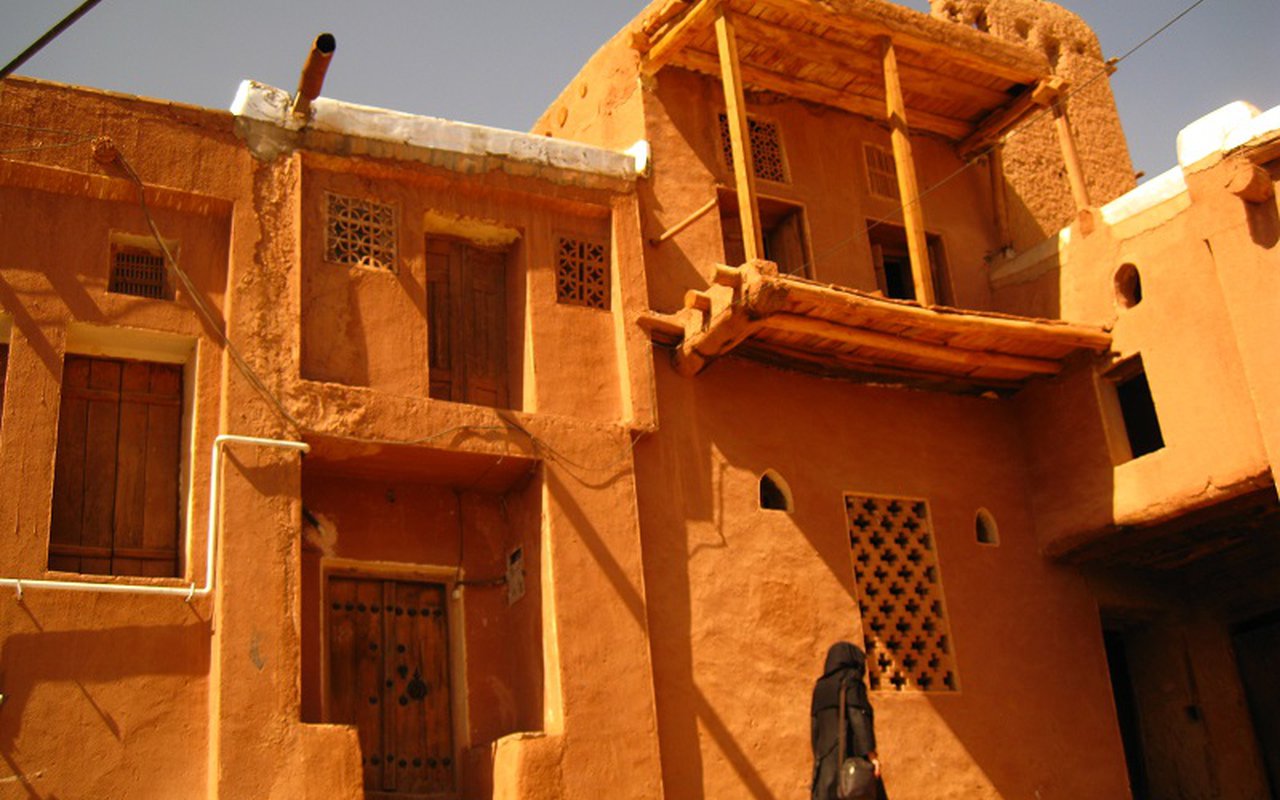 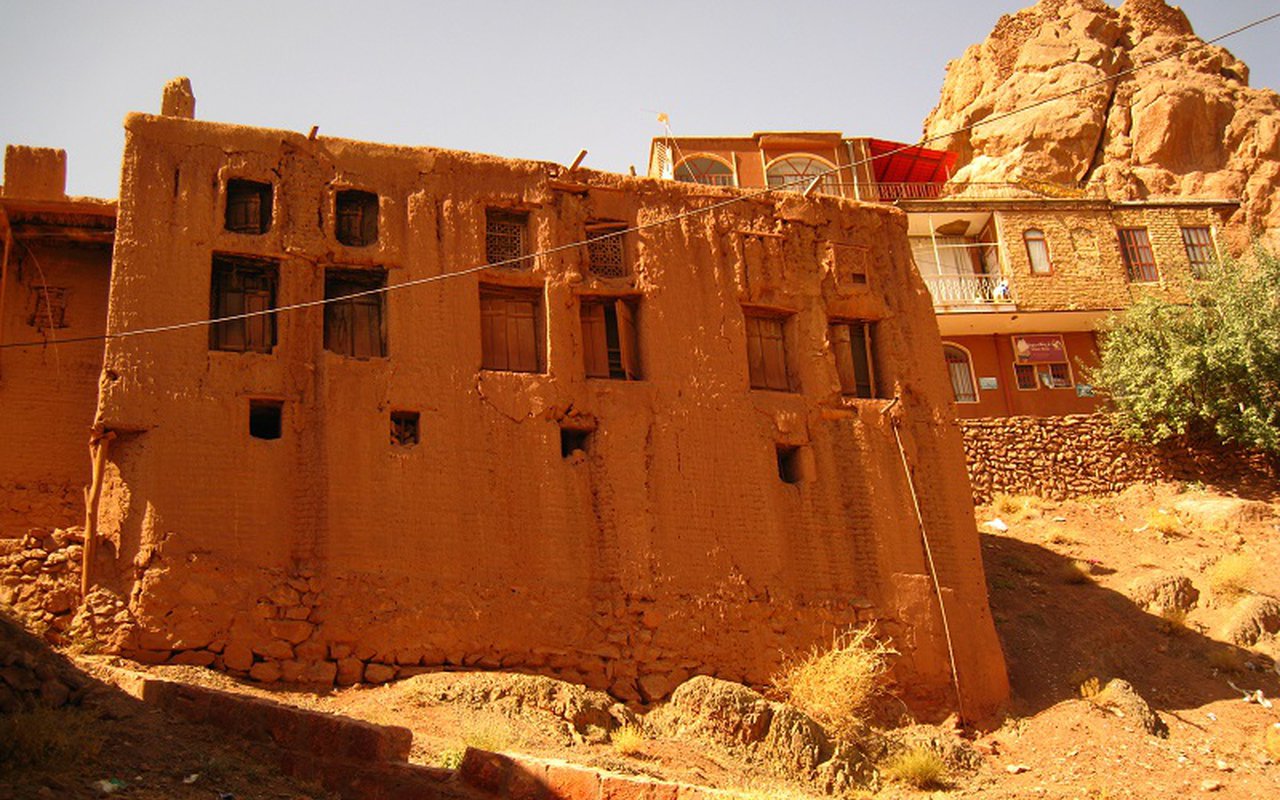 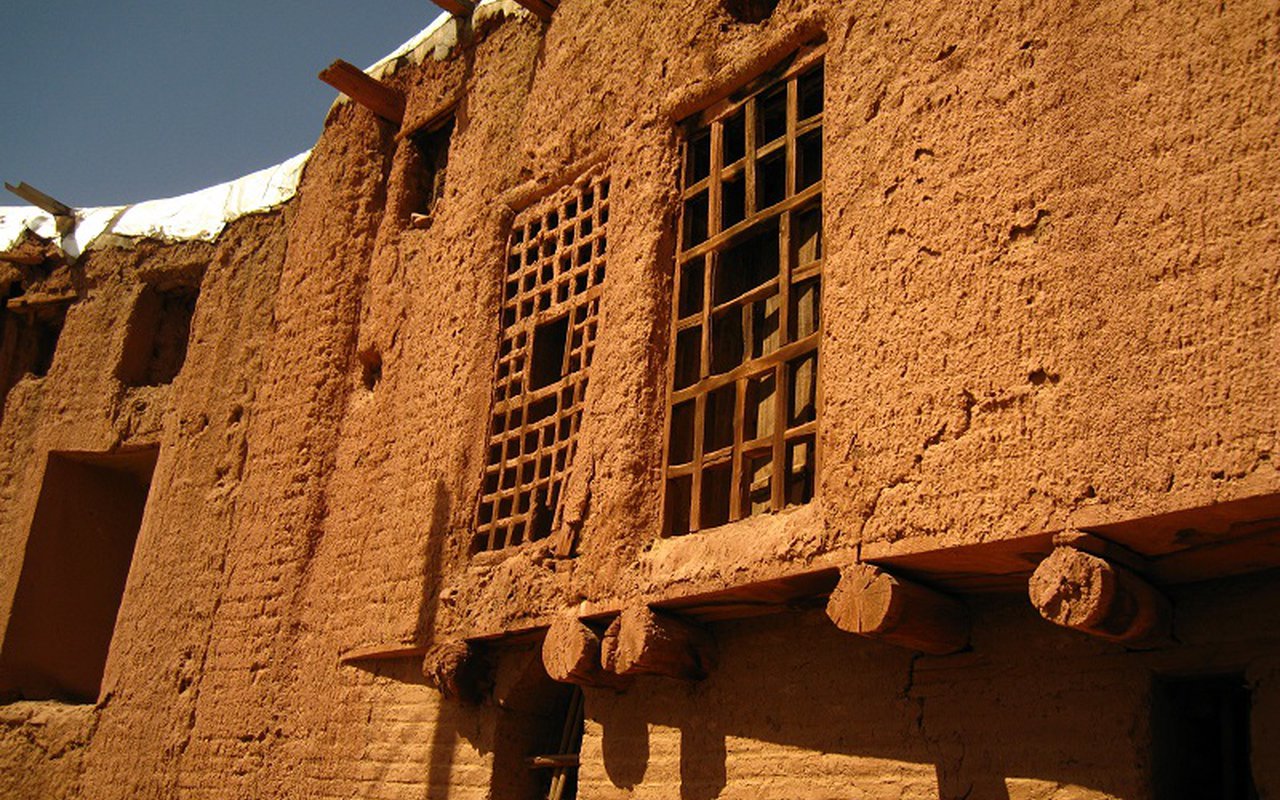 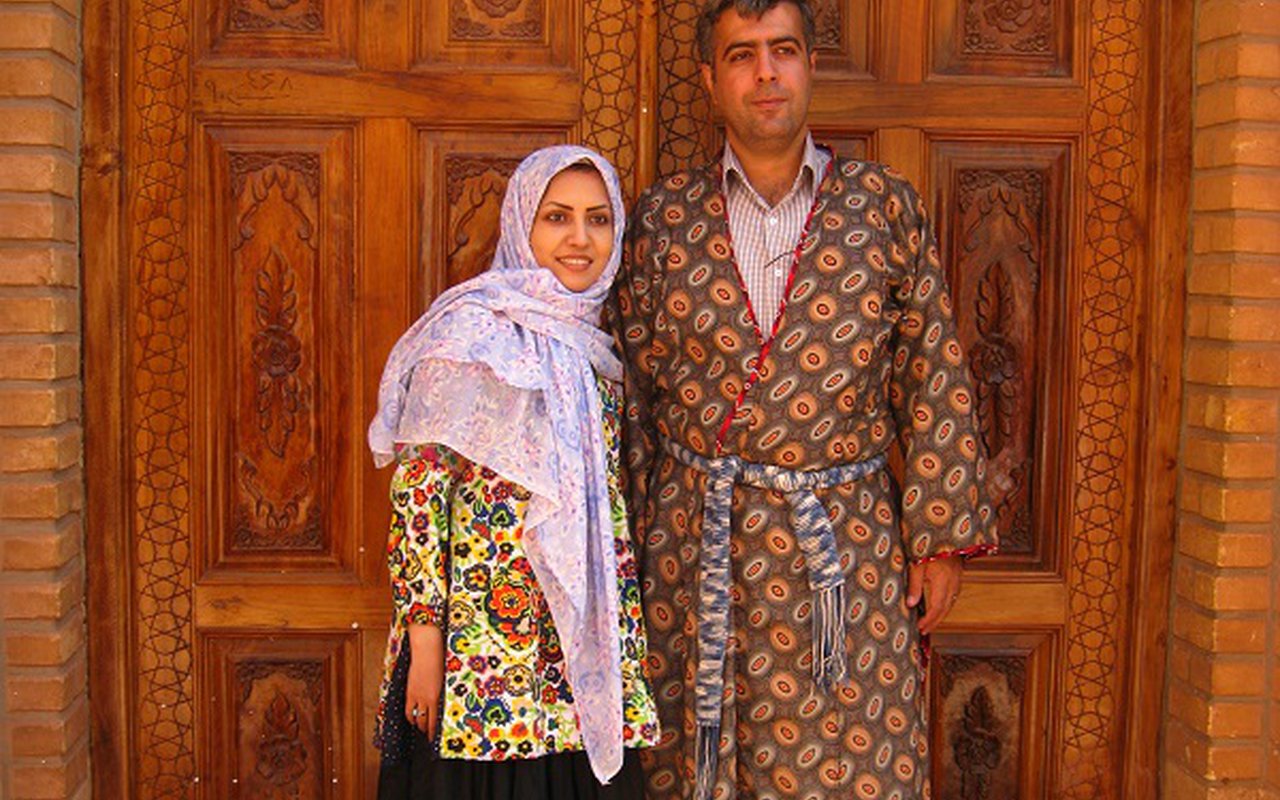 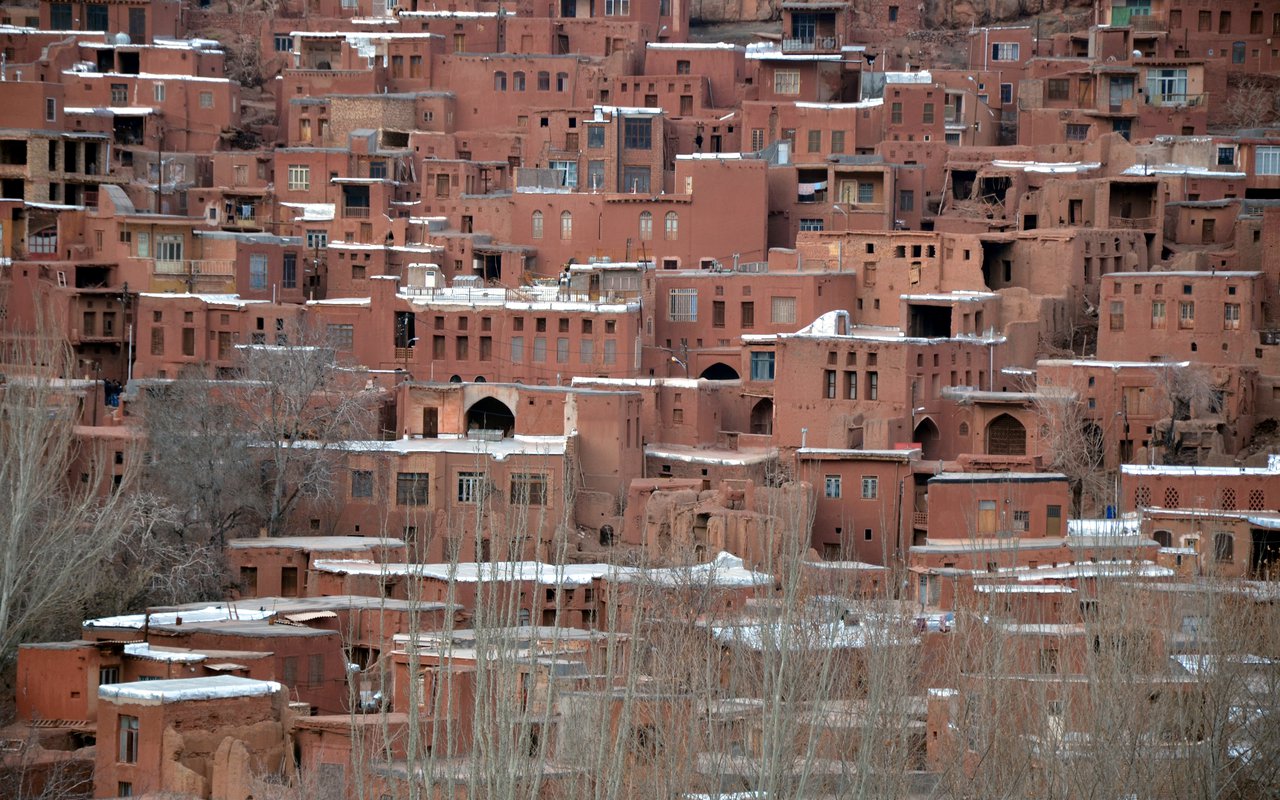 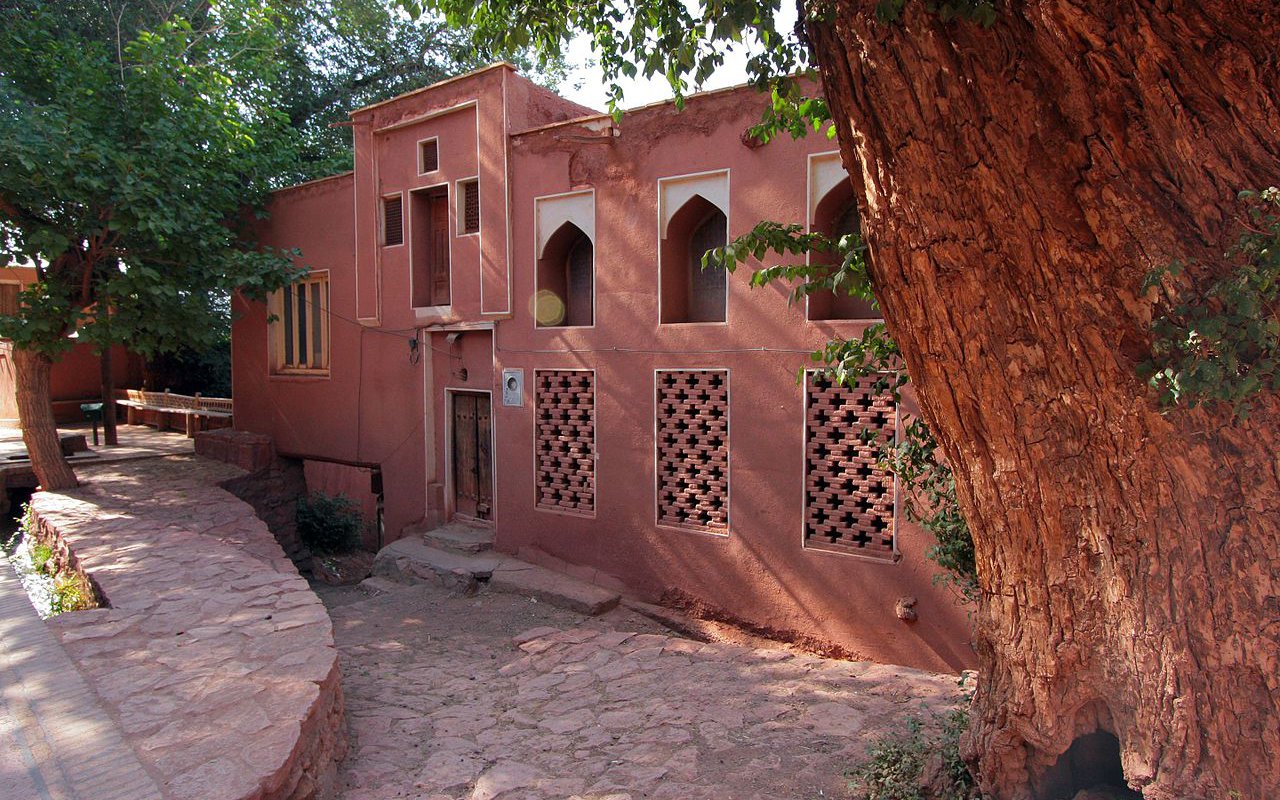 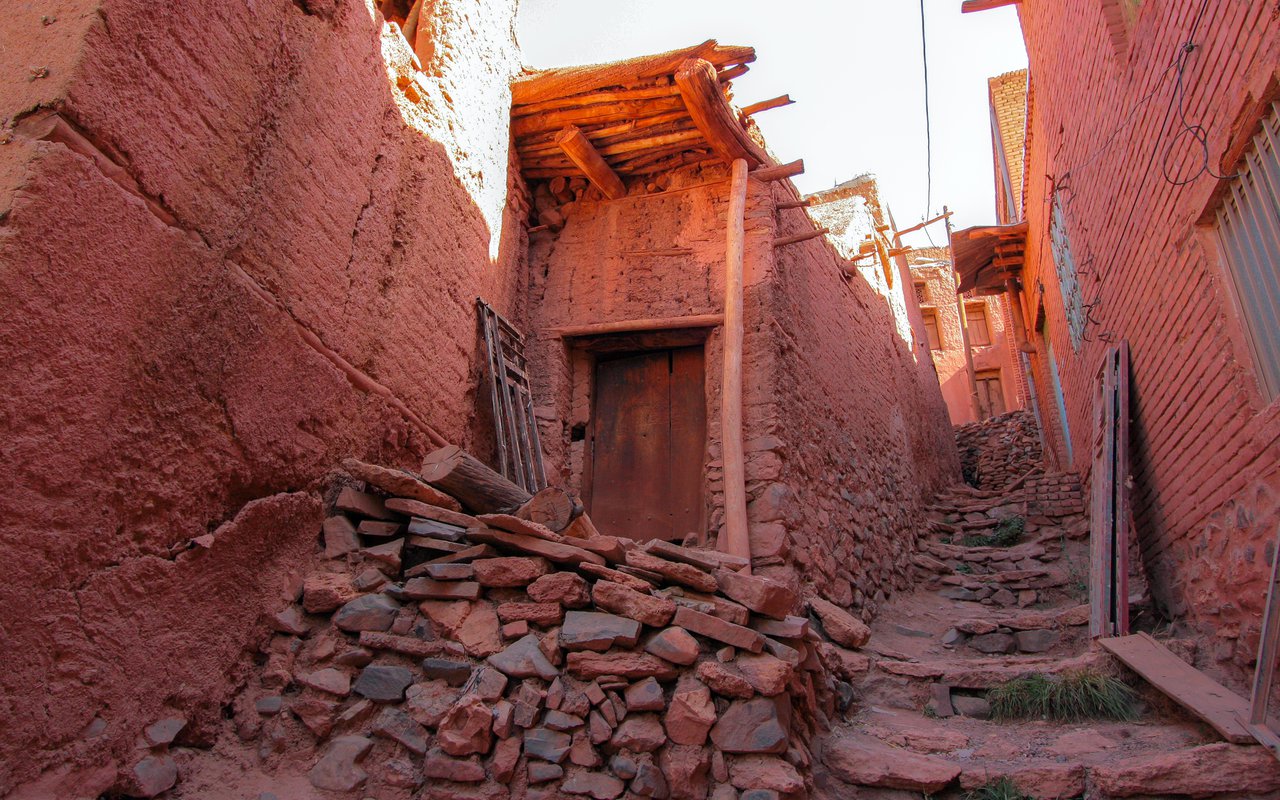 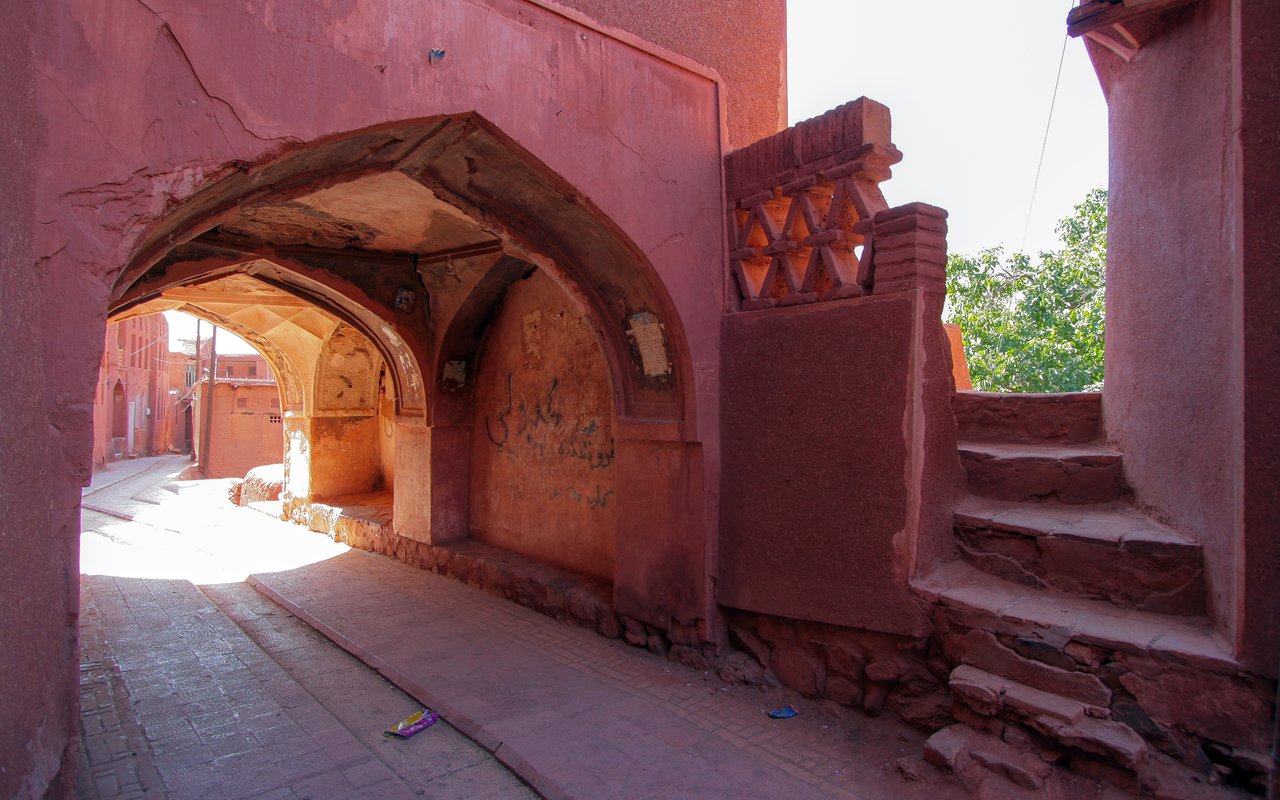 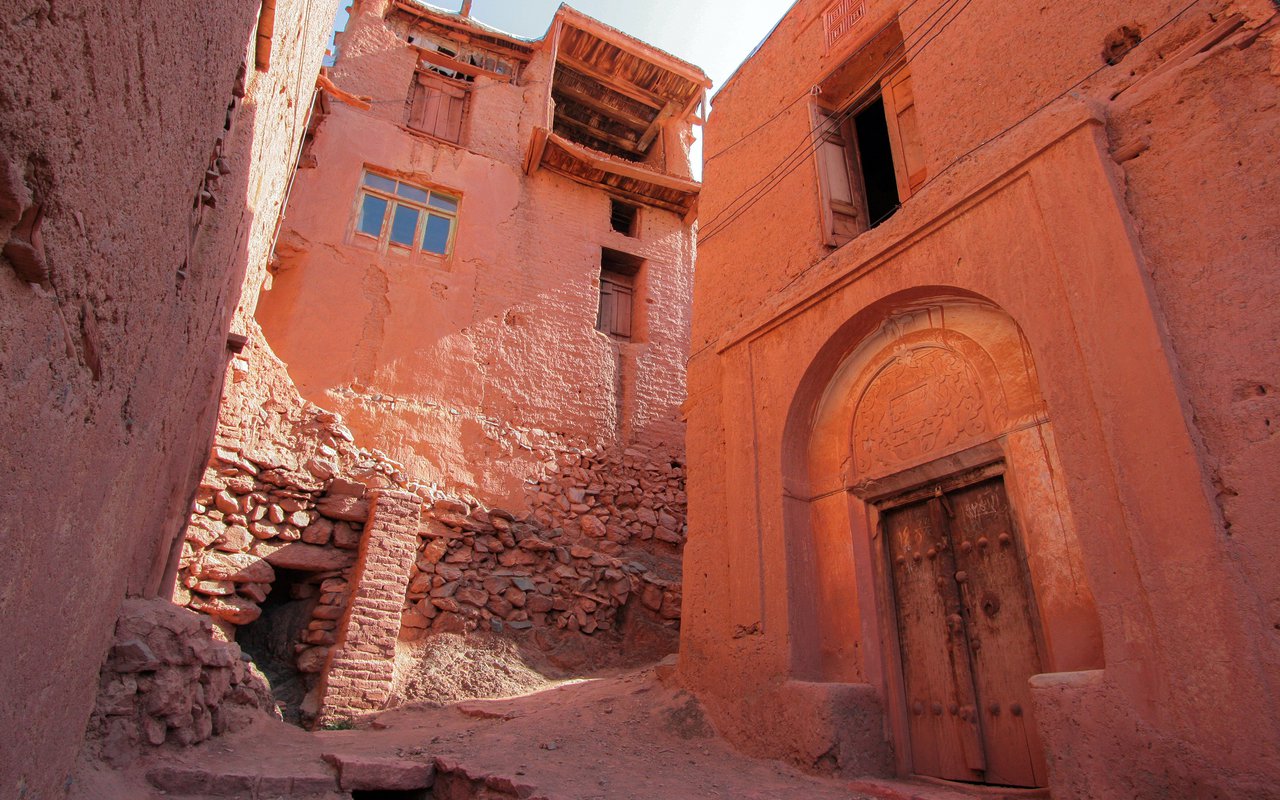