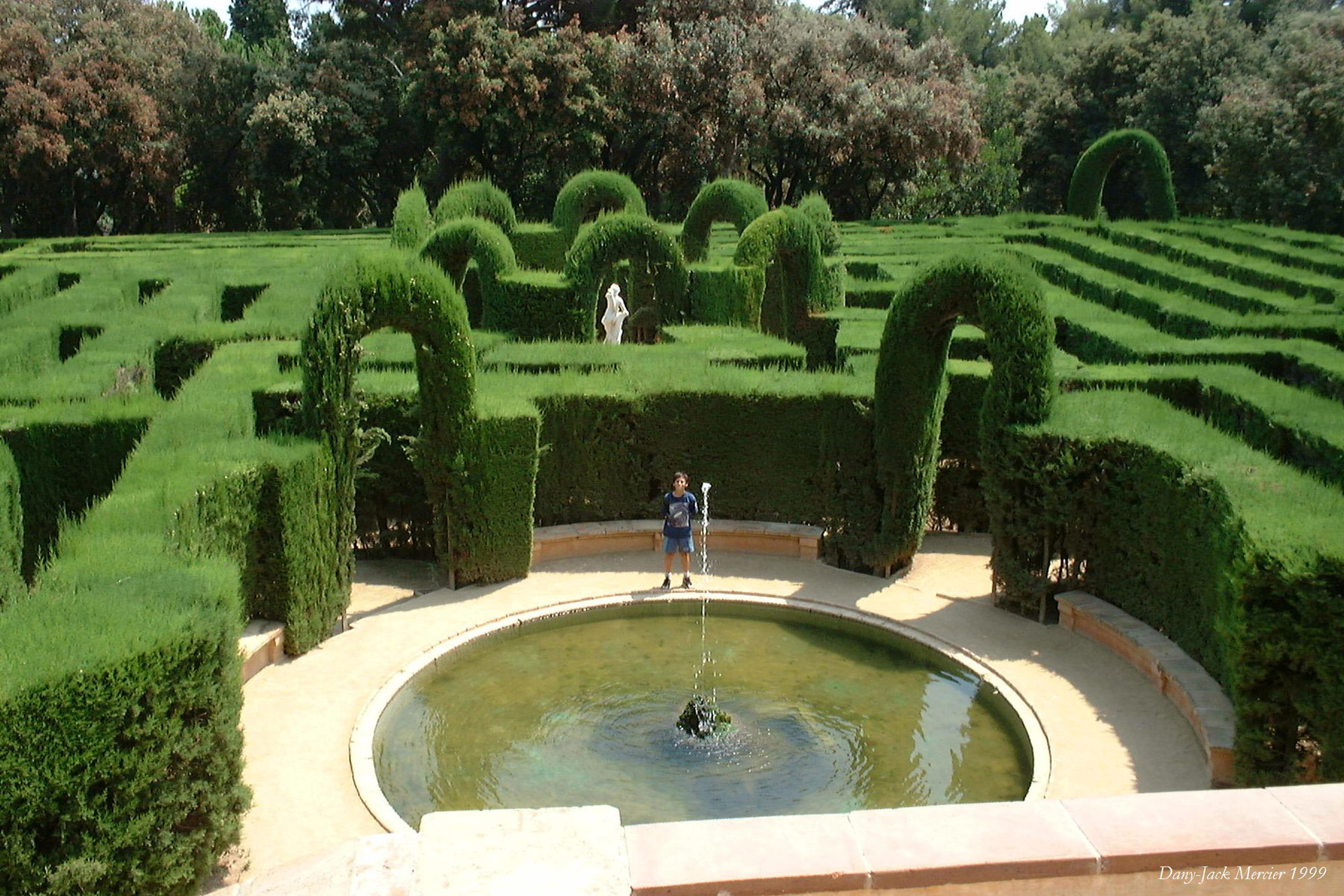 Leirhnjúkur is a lava field in the area of Mývatn and close to Reykjahlíð which flooded with lava during the eruption.

The area from Leirhnjjúk north through Gjástykki in Kelduhverfi is unique from a geological point of view, both nationally and globally. This is one of the few areas in Iceland where one can clearly see how the country has wrestled with its associated sickness, cracks and faults. There you can also see how lava from the Krafla fires has emerged in the area and flowed around the area, covering cracks and even slipping into them. In the Krafla Fires, for the first time in the world, the gliding cycle of volcanic eruption systems was monitored, where the event was all watched. Land subsidence and grazing were monitored, gauging was measured, magma runs on earthquakes were monitored and predicted individual eruptions. Priceless geological, scientific and cultural value are inherent in this aspect of Iceland's formation history.

You can park in the area of Leirhnjúkur to hike through the Krafla area.  The well-marked walking trail starts with a view of moss-covered lava from the 18th-century eruption. Via a wooden bridge, you walk towards the fumarole/solfatare field, and the hike begins going through more recent lava. The smoke coming from the lava is from this last eruption. Along the way, we see lots of different colors of lava, created by various metals. There are also cows and sheep having a rest on the lava. At the end of the hike, we cross a small patch of snow. The white snow contrasts nicely with the utterly black lava. 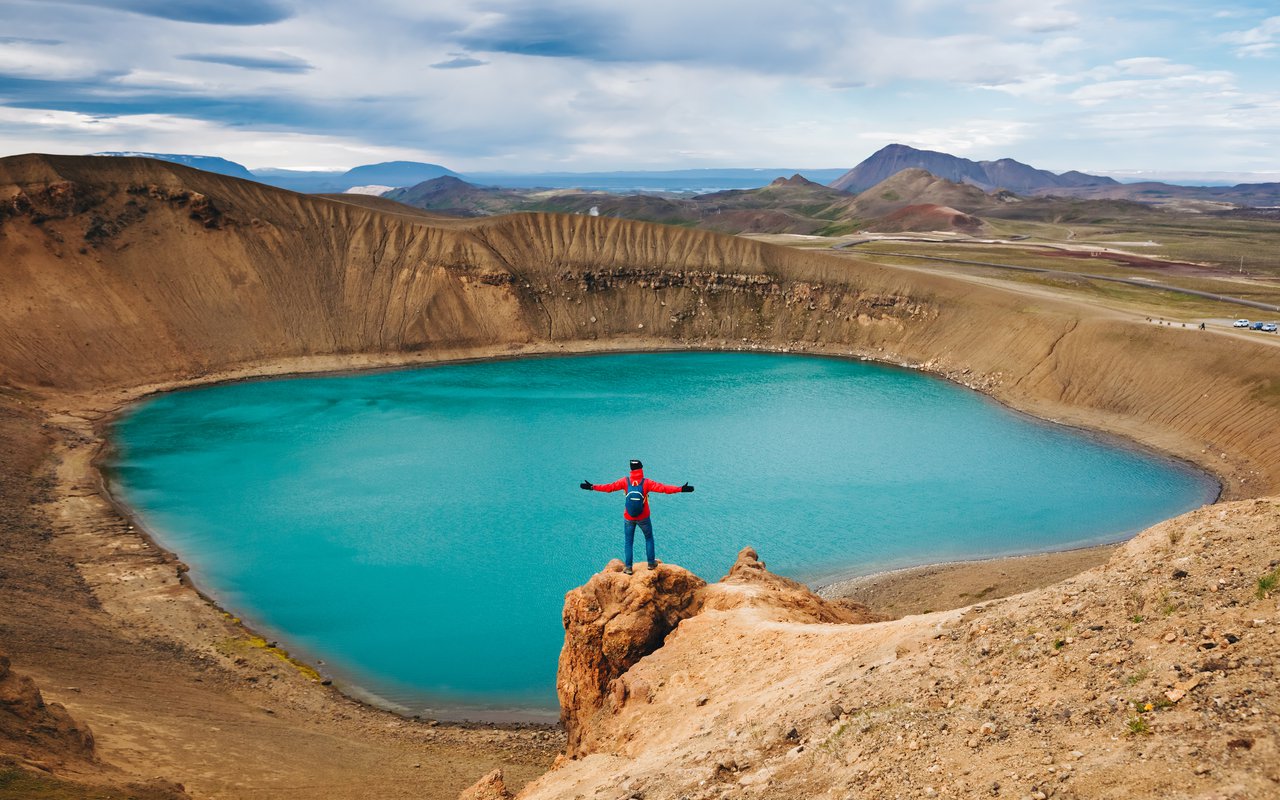 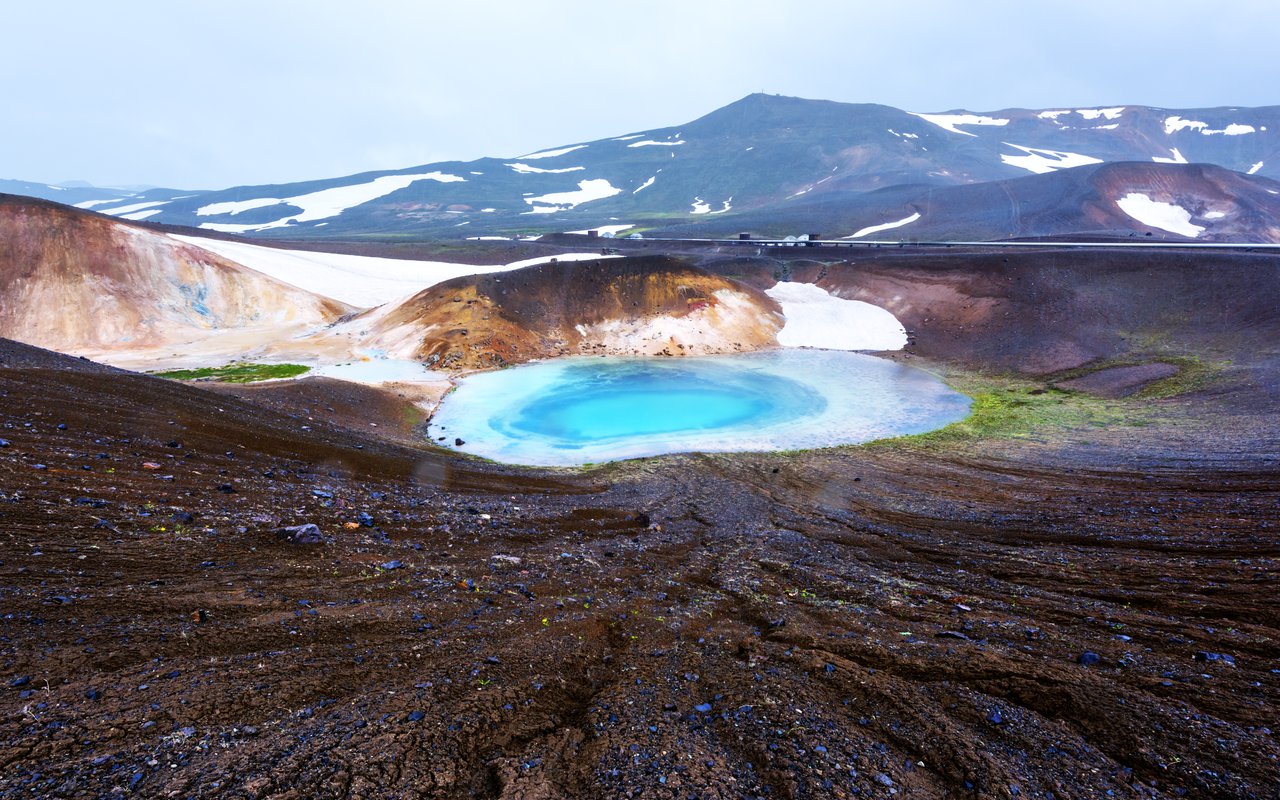 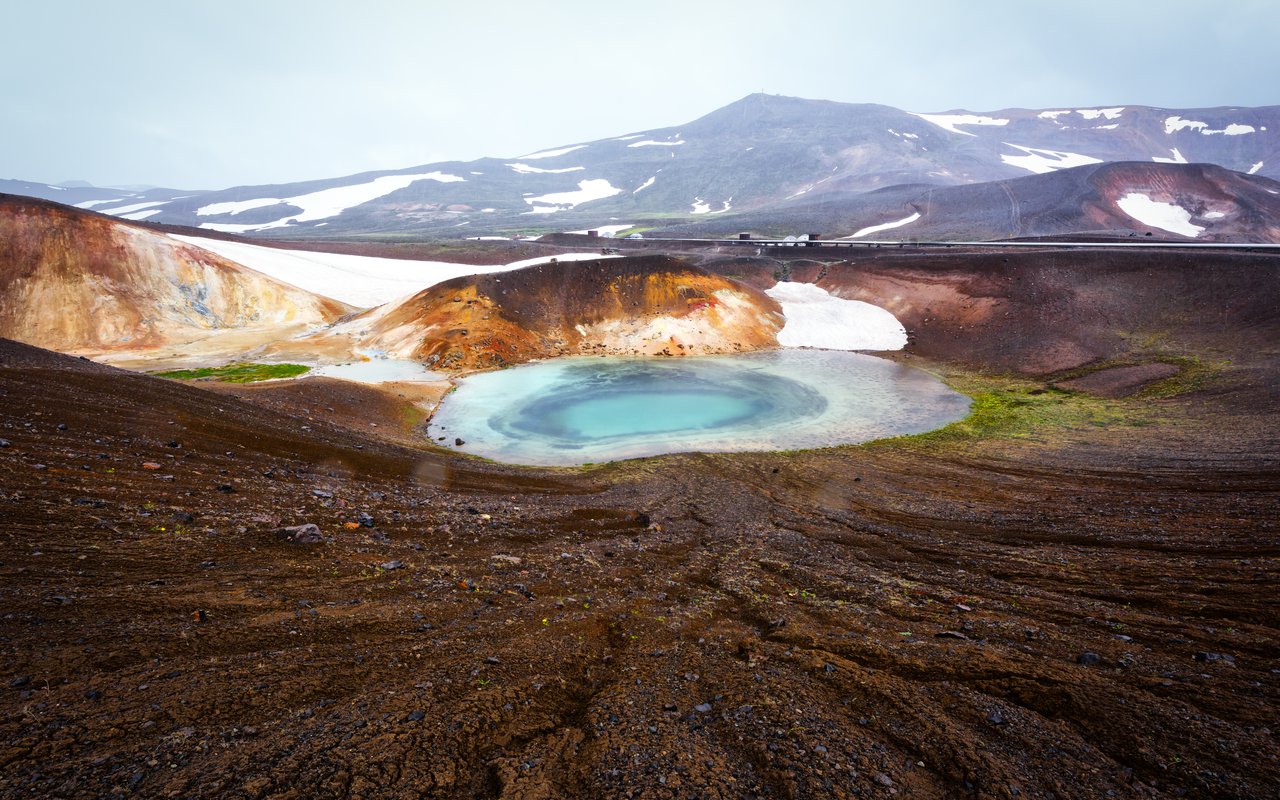 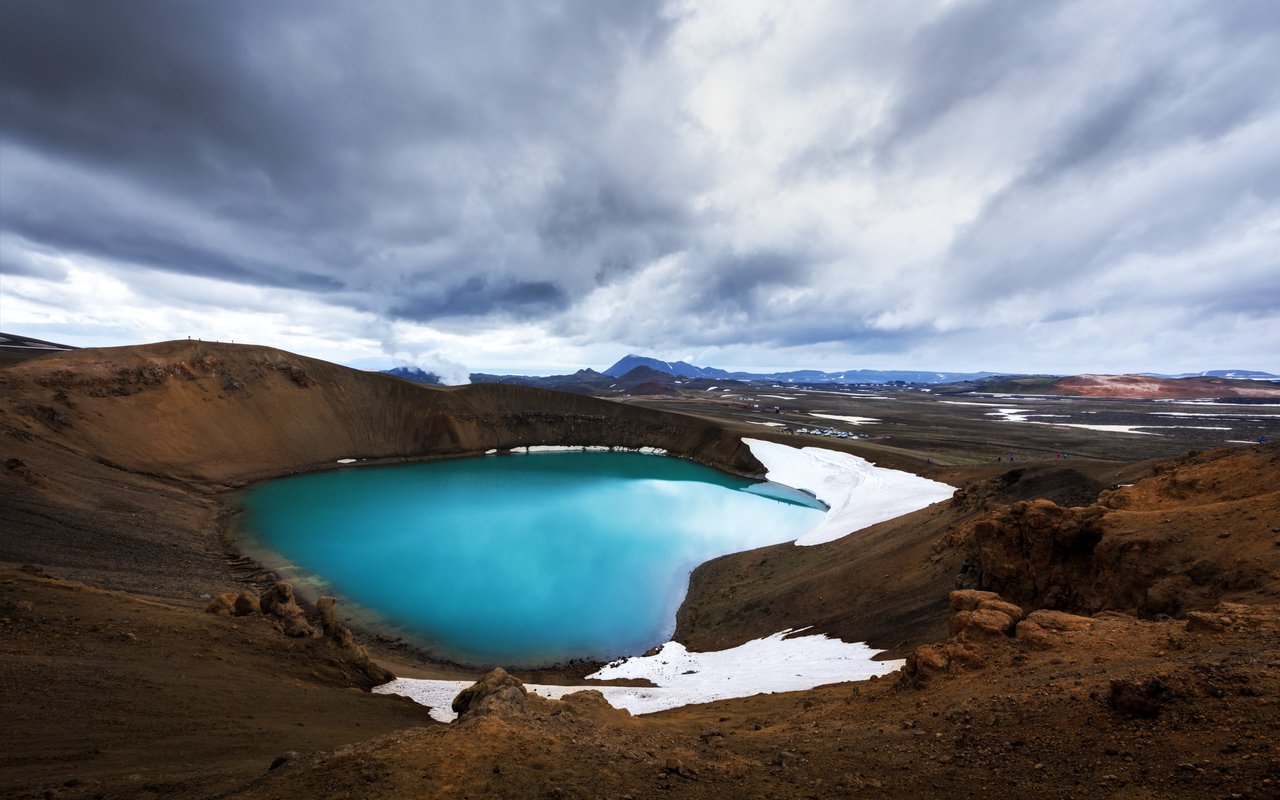