The monastery was founded as Holy Trinity Monastery by Sergius of Radonezh when he, with his brother Stephen, established a cell and a simple chapel to begin lives of ascetic seclusion in the forest wilderness at the Makovets Hill north of Moscow, Russia. They dedicated the chapel to the Holy Trinity. As people learned about him, many came to his isolated cell for guidance. Among these people were other ascetics who built cells near by. In time the number grew to twelve monks and the beginnings of a hermitage was established. In 1355, Sergius produced a charter for the monastery that formed a model for organization of Holy Trinity and was used also by his many disciples who were to found over 400 monastic communities. The charter formed the plan for growth of the monastery that included adding a refectory, kitchen, and bakery.

The monastery is really big and on your way to the main gate there is a park like area outside the walls. The park area is separated from a large street in the city and is closed to any other than local traffic. The walls of the fortification style are in excellent condition with large circular corner towers with defensive openings. There's a large St. Sergius statue in the park area outside the gate. The park area was full of people sitting on benches and walking around. Just outside the gate, there is a large map showing the location of all structures within the walls.

The Chapel at the Well, which has a fountain outside where we observed pilgrims filling containers with water from it, is a focus of interest. All over the grounds there are flower plots which are impressive in their simplicity. On the grounds there is a seminar where visitors are not permitted to enter. The guards make sure you don't try to get into this monastery section. Major buildings are the bell tower built in the 1700s on the monastery grounds. It contains the Bell of the Tsar. The tower and the Tsar Palace can be visited at a fee. 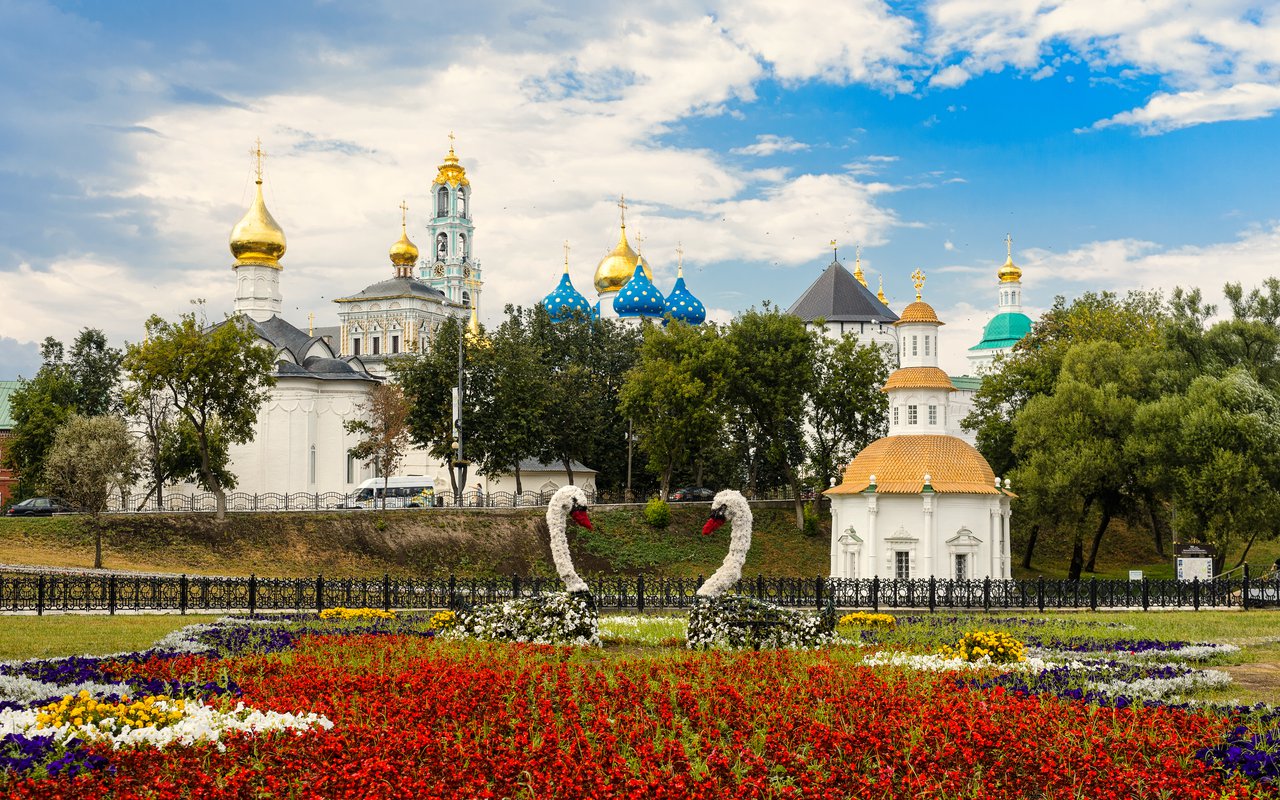 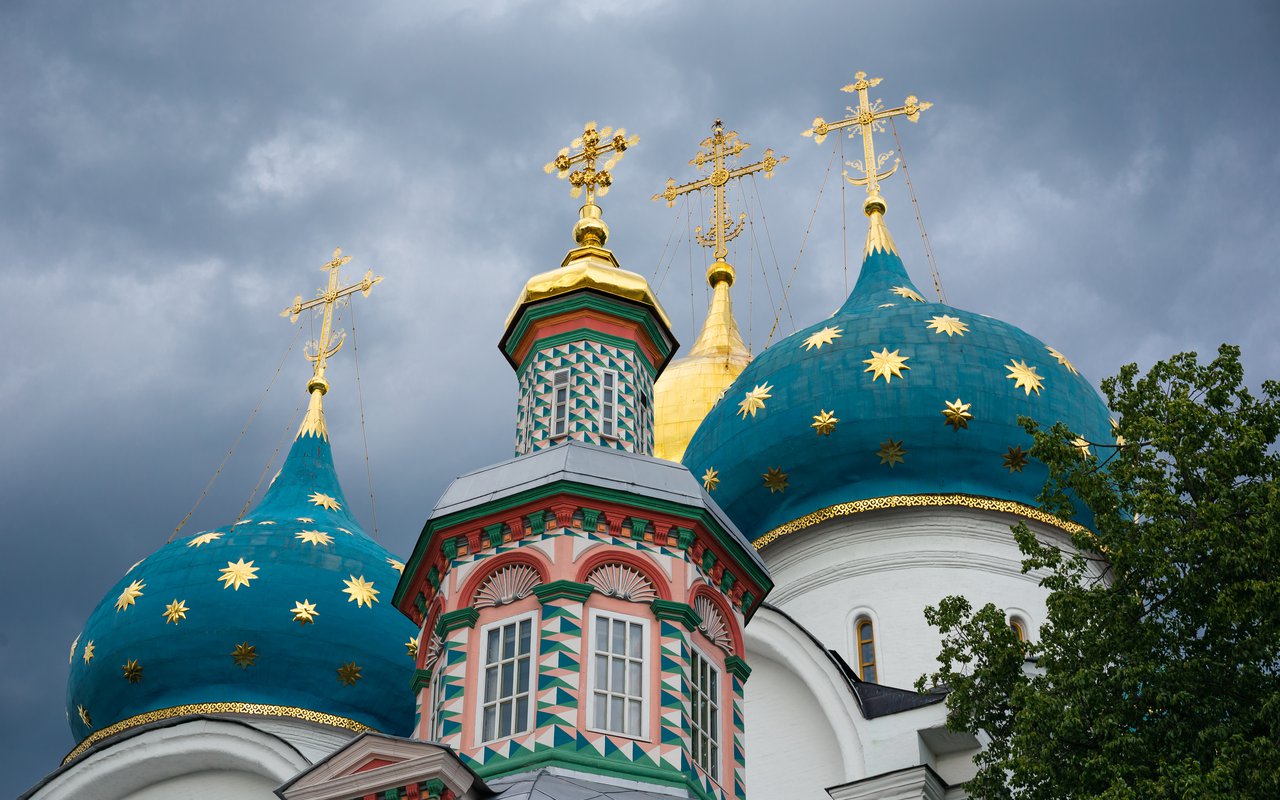 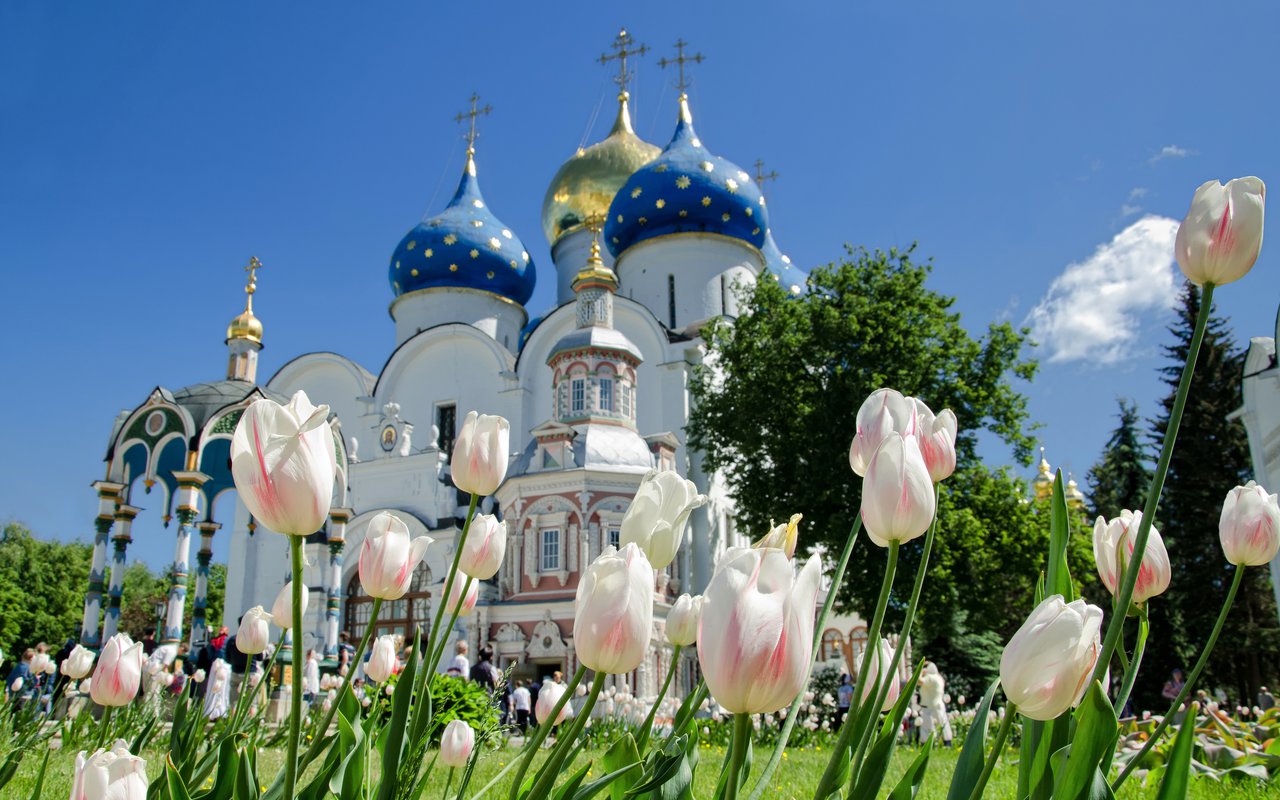