Kinlochbervie is a West Highland crofting community, with a huge fish-processing plant and modern concrete harbour where trucks from across Europe collect fish. The local unspoilt scenery is a major drive of tourists to the area. Along a single-track road north west of the village, passed through the isolated community of Oldshoremore scattered above a stunning white-sand beach, is Blairmore from where visitors can take a 4 mile long walk to a scenic wild beach of Sandwood Bay backed by huge sand dunes and a loch. The beach is reputedly the most beautiful beach in Britain and offers nearly 1.5 miles wide pink sand flanked by cliffs. The bay is part of the Sandwood Estate which is run by the John Muir Trust.

The large fish handling and processing port and the harbour are the dominant features of the town. There are surprisingly good road links given the remote location and rugged terrain makes the town an important fishing port to the outside world.

The main road to the far north west has been much improved over recent decades. With the exception of a short stretch over the bridge at Laxford Bridge you can now travel all the way from Edinburgh to the turn-off to Kinlochbervie without losing sight of the white lines in the centre of the road. Though only if you go via Ullapool: a glance at a map shows a shorter route via Lairg which still includes a 37 mile stretch of single track road. This, we are told, is the route preferred by locals.

North of the turn-of to Kinlochbervie in Rhiconich, the main road to Durness reverts to an earlier, single track, era. But it is no coincidence that so much effort and money has been put into improving the road to Kinlochbervie. Close to the harbour is the Free Presbyterian Church built in 1829 to a Thomas Telford design. The nearby manse has long been derelict. Moving away from the immediate vicinity of the harbour, there has been a fair bit of new building in recent decades. The new secondary school, contained within a single structure overlooking Loch Innes is an especially striking addition. The Kinlochbervie Hotel, superbly placed to offer views south and west, was built in 1968, to replace the earlier Garbet Hotel, built before World War Two, which had been destroyed by fire.

There are actually two harbours at Kinlochbervie. The modern harbour occupies one side of Loch Bervie, an offshoot of Loch Inchard. A short distance to the west is a second, apparently rather older and less sheltered, harbour on Loch Clash, a sea-loch in its own right.

Many people coming to Kinlochbervie do so en route to Blairmore and the start of the walk north to the magnificent Sandwood Bay. If this is what you've got in mind, it is worth stopping on your return trip to experience the bustle of this outpost of the Scottish fishing industry. It is also worth bearing in mind that there are other gems on offer in the area, including the beach at Oldshoremore and the tiny village of Polin, complete with its own beach.

Four miles inland from Kinlochbervie, at the junction with the main A838, is Rhiconich. The services here include a Police Station and hotel, and are complementary to those in Kinlochbervie itself. Between Riconich and Kinlochbervie you pass the bizarre sight of a large collection of derelict construction vehicles, rusting away beside the road. This has blighted the approach to Kinlochbervie for as long as we have been visiting, for over four decades. The best you can say about it is that it is soon behind you. 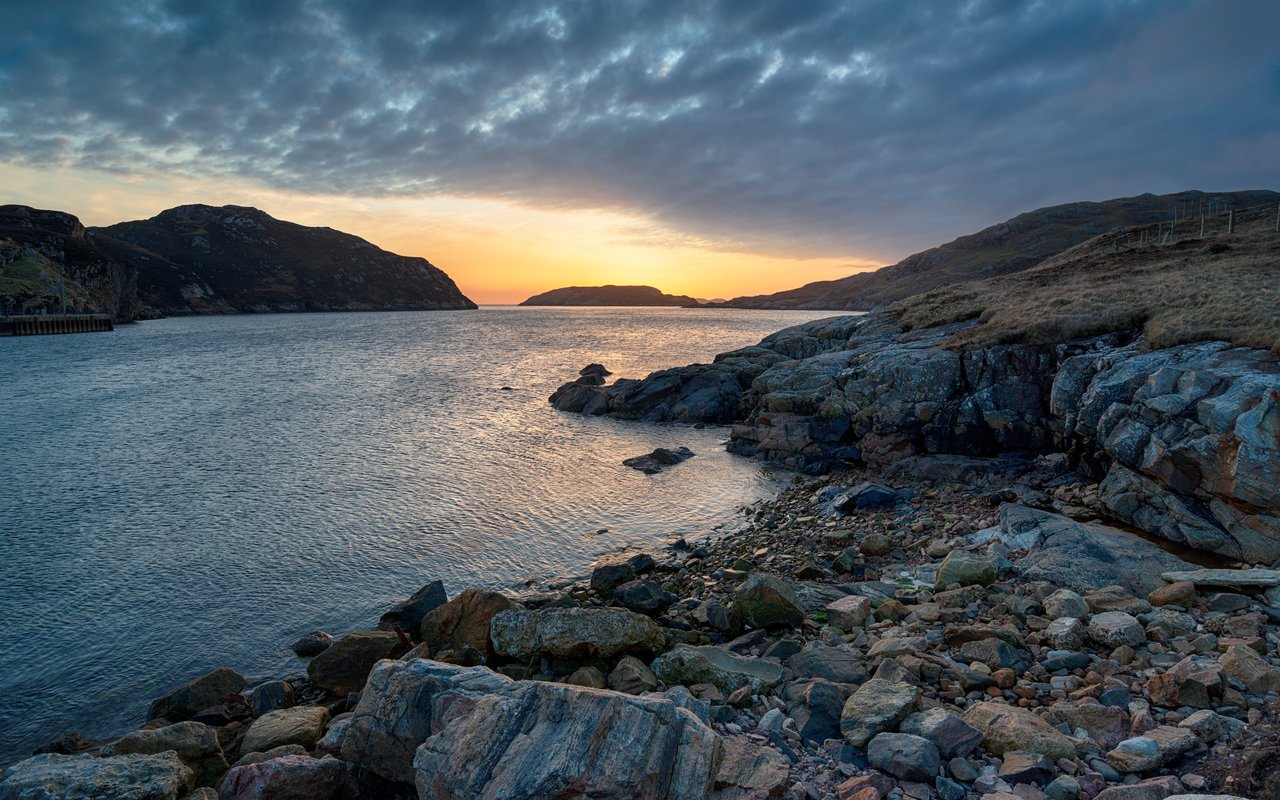 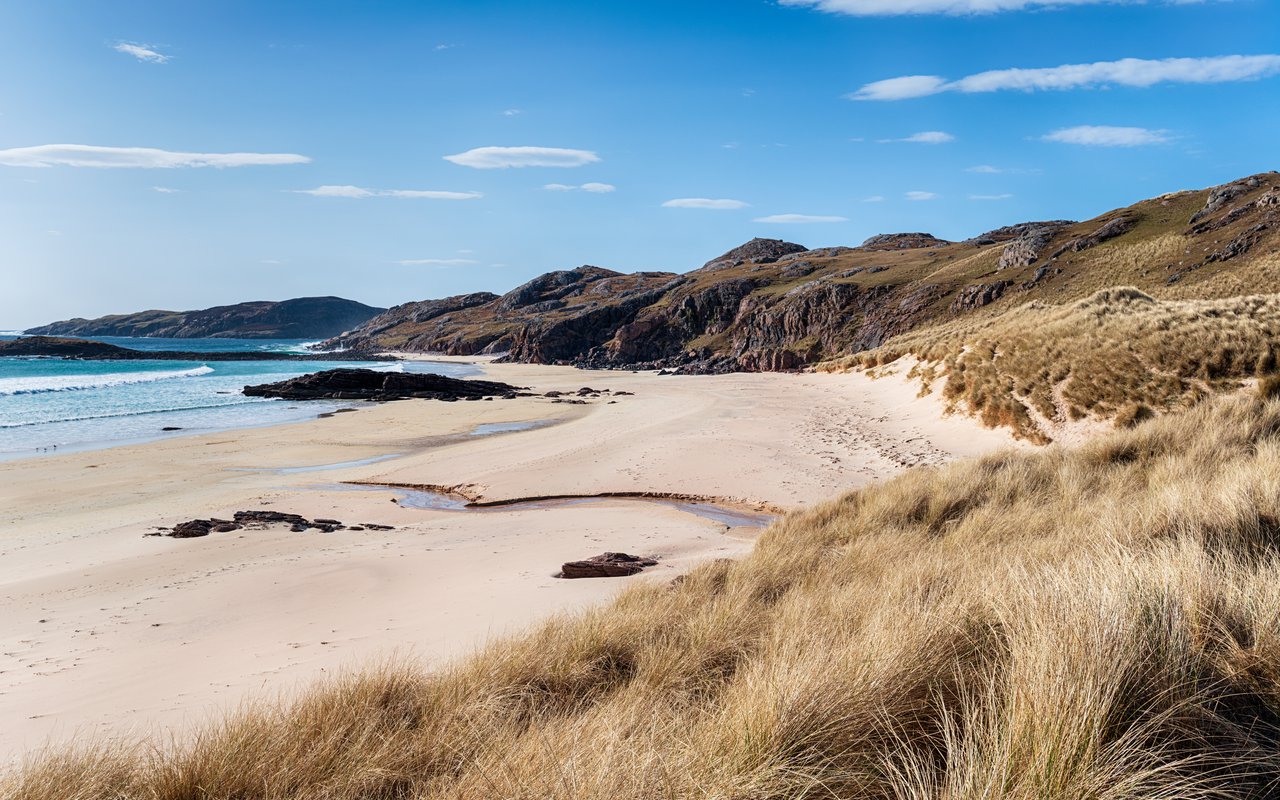 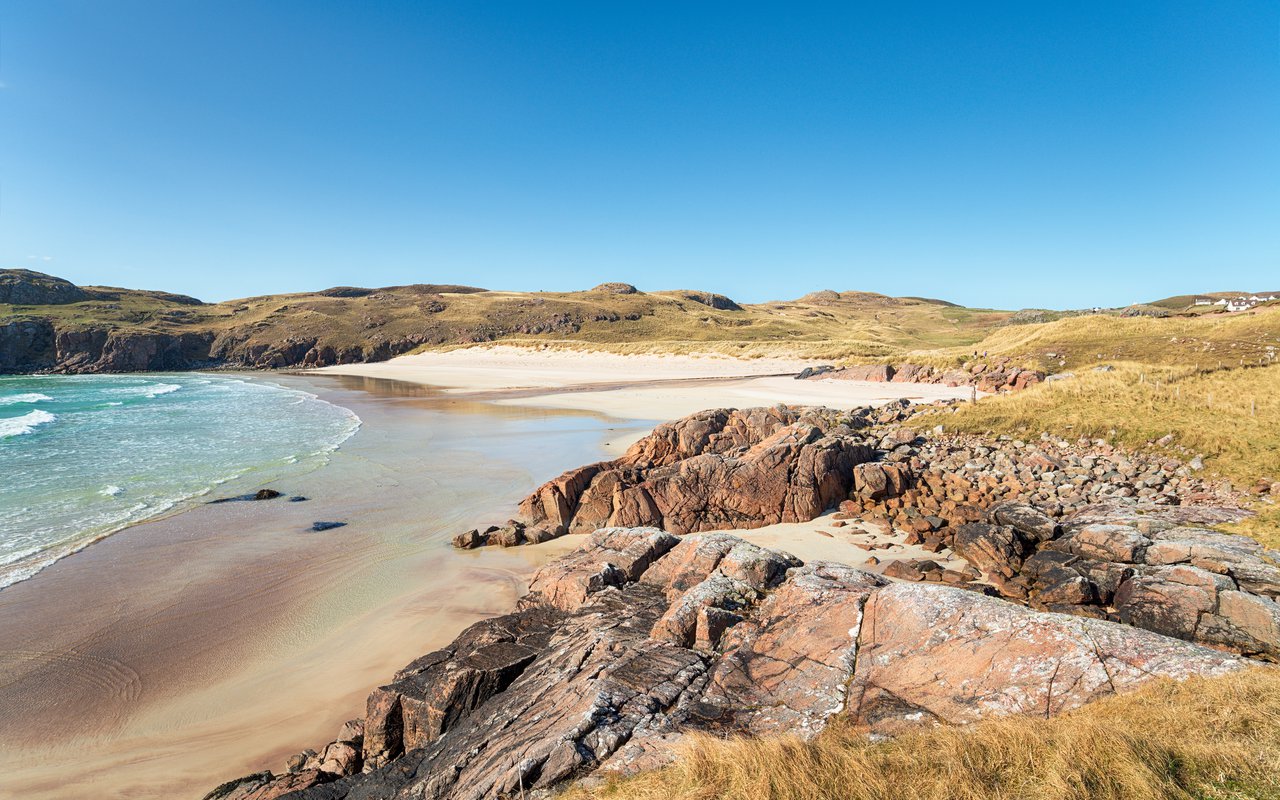