Guanyin is the goddess of mercy, associated with compassion and Nansha means southern mountain. The Guanyin of Nansha is located on the south coast of China's land in the Hainan province of China. It's just 25 miles from the city of Sanya. It’s a 354ft long statue, one among the tallest statues in the world. The Guanyin of Nansha is quite new as it was built in the late 1990s. It took around 6 years to build this statue. The main attraction of this statue is its beautiful seacoast location. Due to which it’s known the temple between the sea and sky.

The statue consists of 3 aspects. One aspect depicts Guanyin with her palms crossed and holding a string of prayer beads; the second depicts holding a lotus; the third depicts Guanyin holding a sutra in one left hand and gesturing the Vitaraka mudra with the right. One side of the statue faces inland while the other two face the south sea. This represents blessings and protection by Guanyin of China and the whole world.

This statue stands on top of a lotus-shaped throne. It's painted in just white and gold. And the figure is made mostly out of copper.

Guanyin of Nansha is a famous Buddhist shrine in China. Nansha is also famous for its massive gold statue of Buddha. 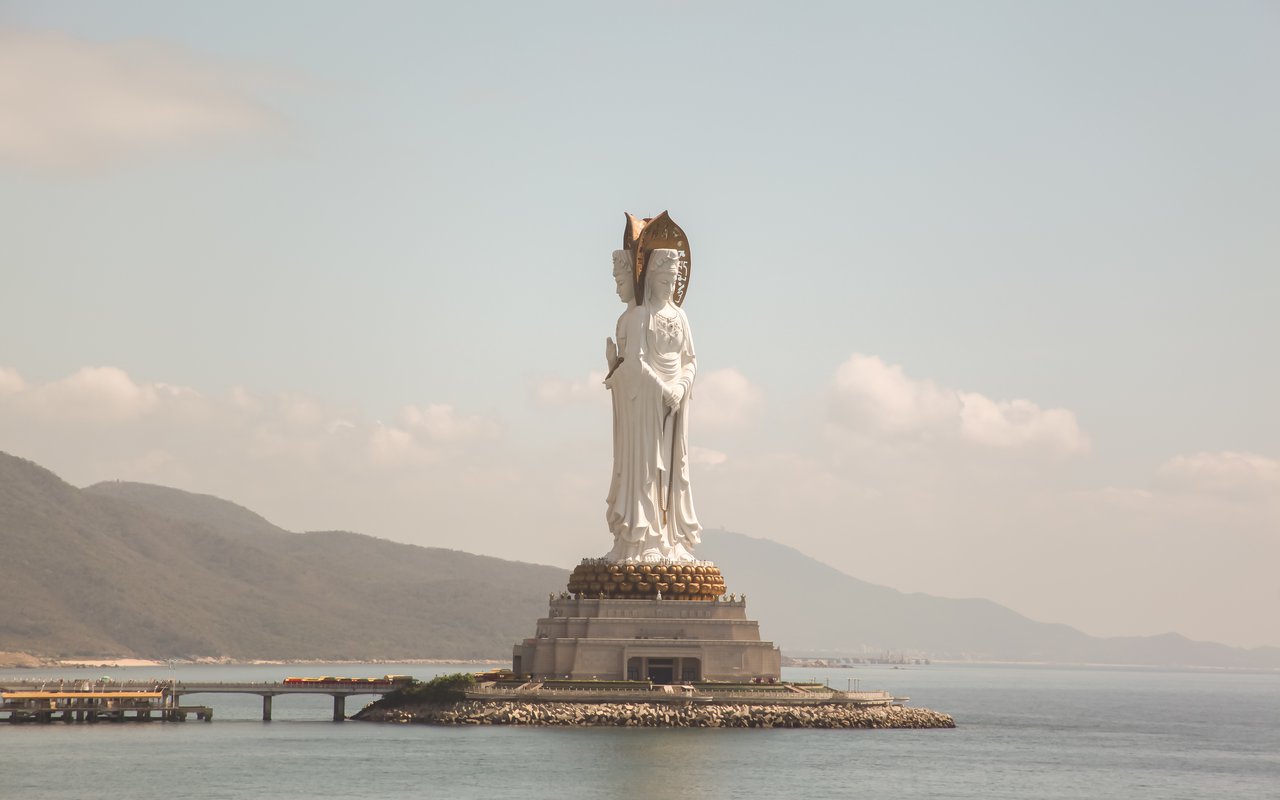 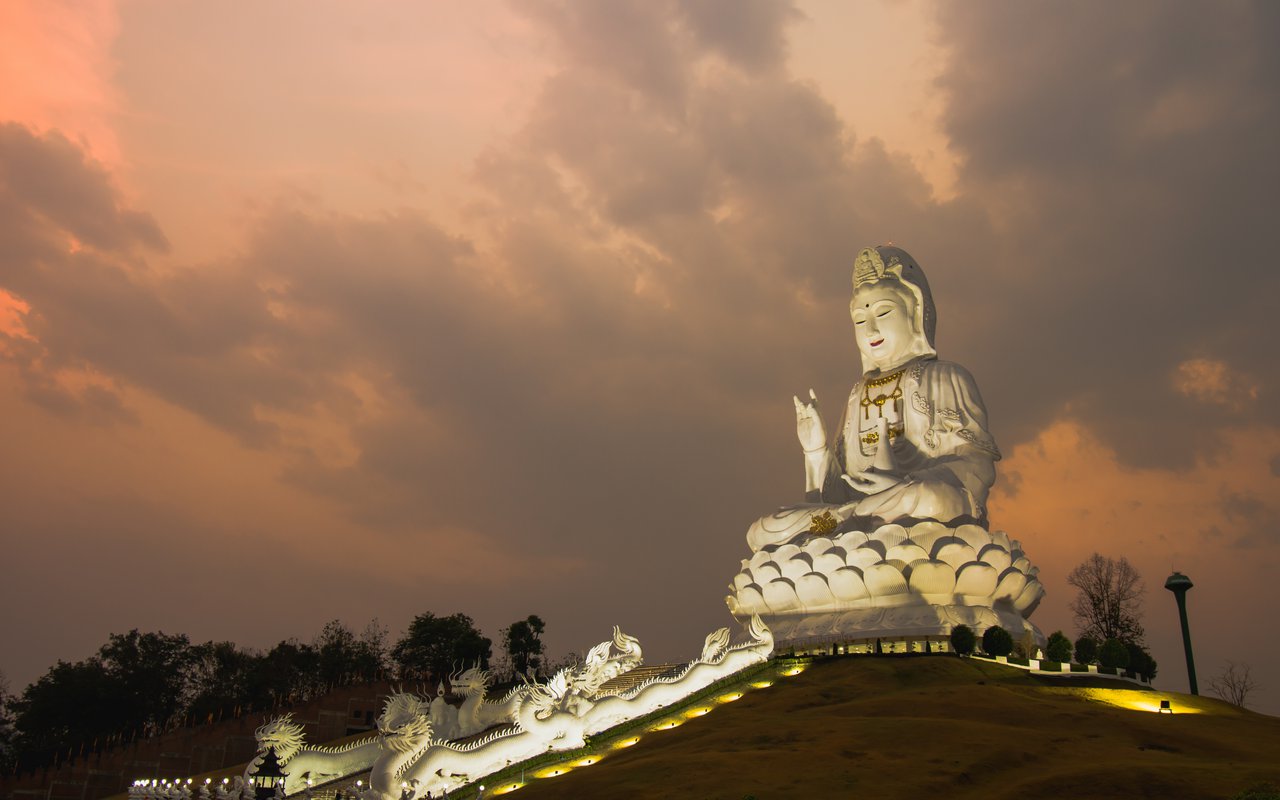 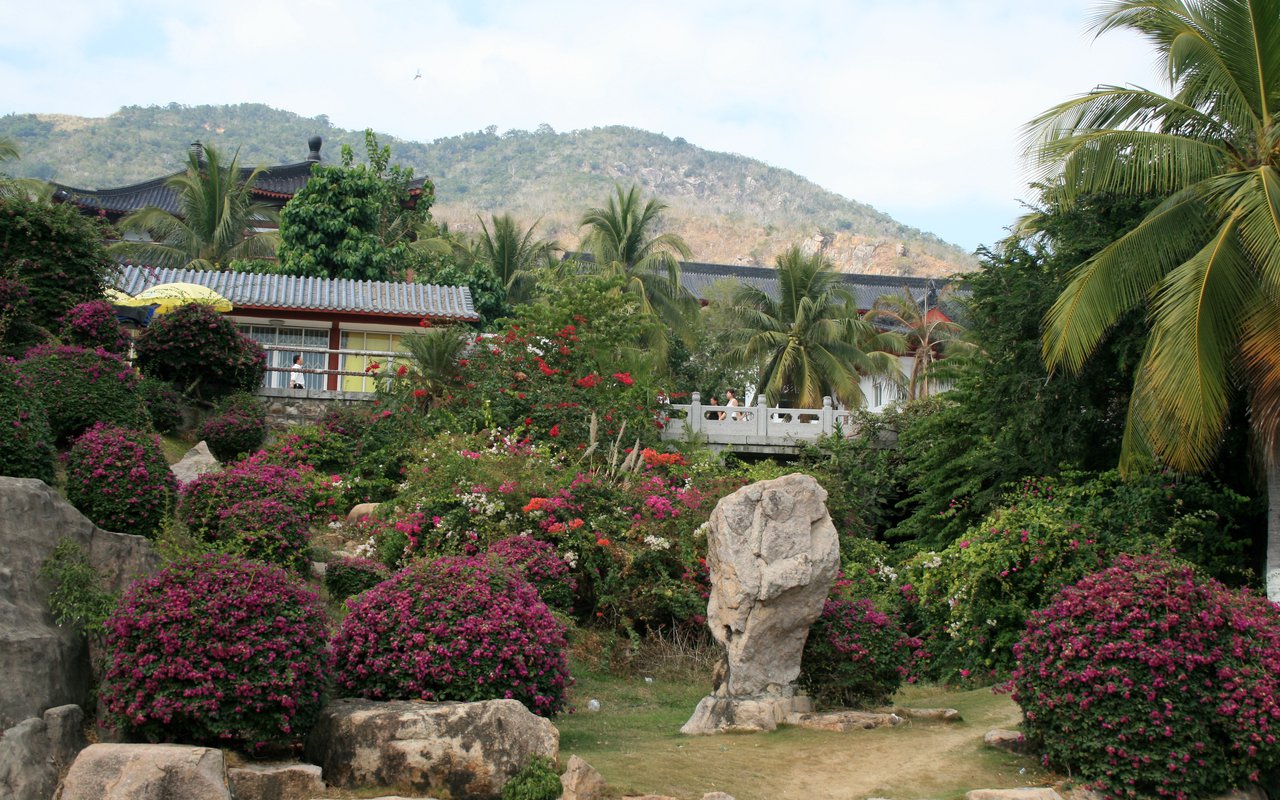 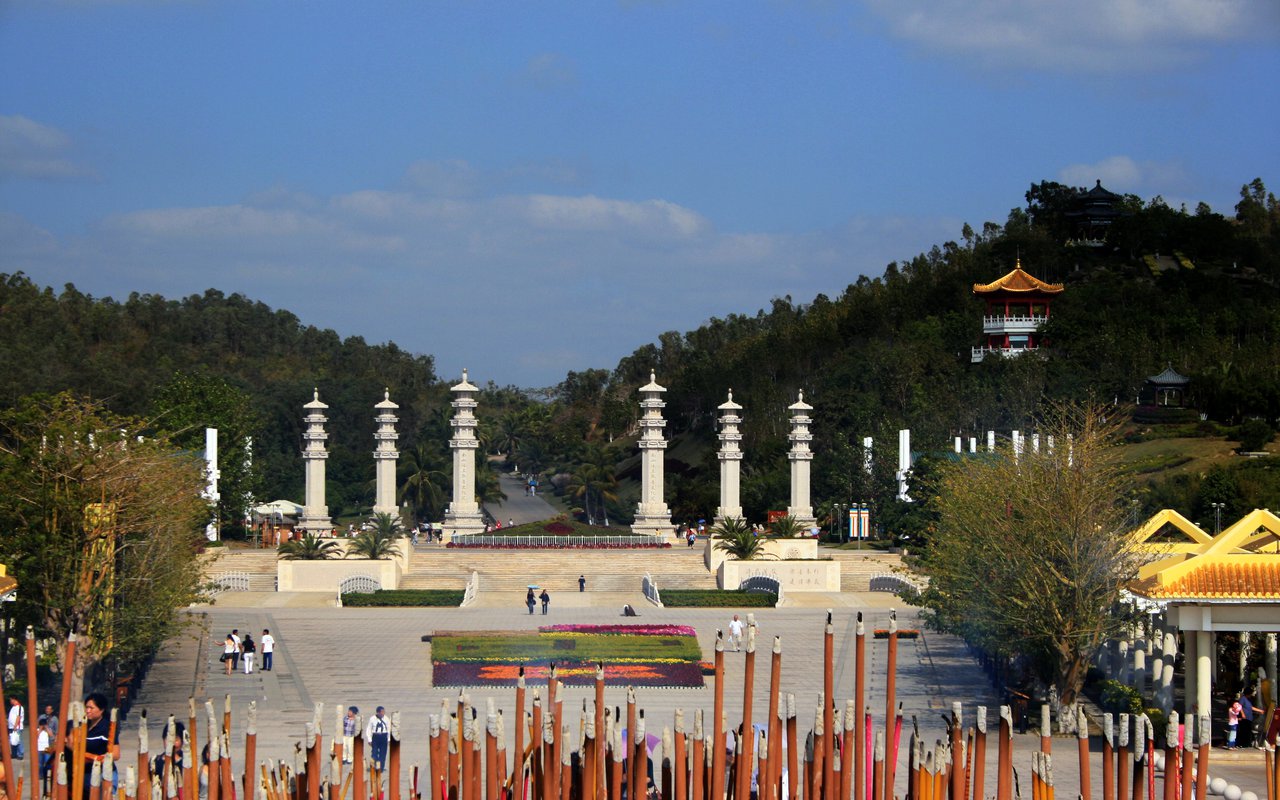