The Capela dos Ossos (Chapel of Bones) is an intriguing chapel with a very macabre atmosphere in Évora, southern Portugal. Listed as one of the most visited locations in Évora, this unusual tourist attraction is not for the wimps. This small chapel is, in fact, home to the remains of hundreds of bodies, all exhumed in the 16th century from the city’s graveyards.

The main entrance to the chapel greets visitors with a disturbing inscription: “Nós Ossos Que Aqui Estamos Pelos Vossos Esperamos” (“We The Bones That Are Here Await For Yours”).

Walking inside, visitors can feel a chilling sensation when they realize that human bones and skulls are everywhere, adorning every feature of the chapel’s interior.

There are over 5.000 bones cast into the cement from the ground to ceiling. Skulls line the walls and roof, kind of watching over the visitors. The Capela dos Ossos certainly is an incredibly bizarre experience.

Despite its strange appearance, the chapel was built out of necessity and is more than just a religious curiosity. Apparently, in the 16th century, the graveyards in Évora were completely overcrowded so bones were exhumed to make space for the burial of new bodies. These exhumed bones were cast into the cement and kept in this place of worship.

The chapel is quite small, so expect to spend less than 20 minutes inside. Despite its small size, it’s definitely worth the 2€ entrance fee, as I’m sure it will be one of the most bizarre sights you will see in Portugal.

The Chapel of Bones is a part of the Saint Francis Church complex, which is between the Praça de Giraldo and the Jardim Público (Public Garden). The brilliant white church building is difficult to miss, and the Capela dos Ossos is located to the right of its main entrance. 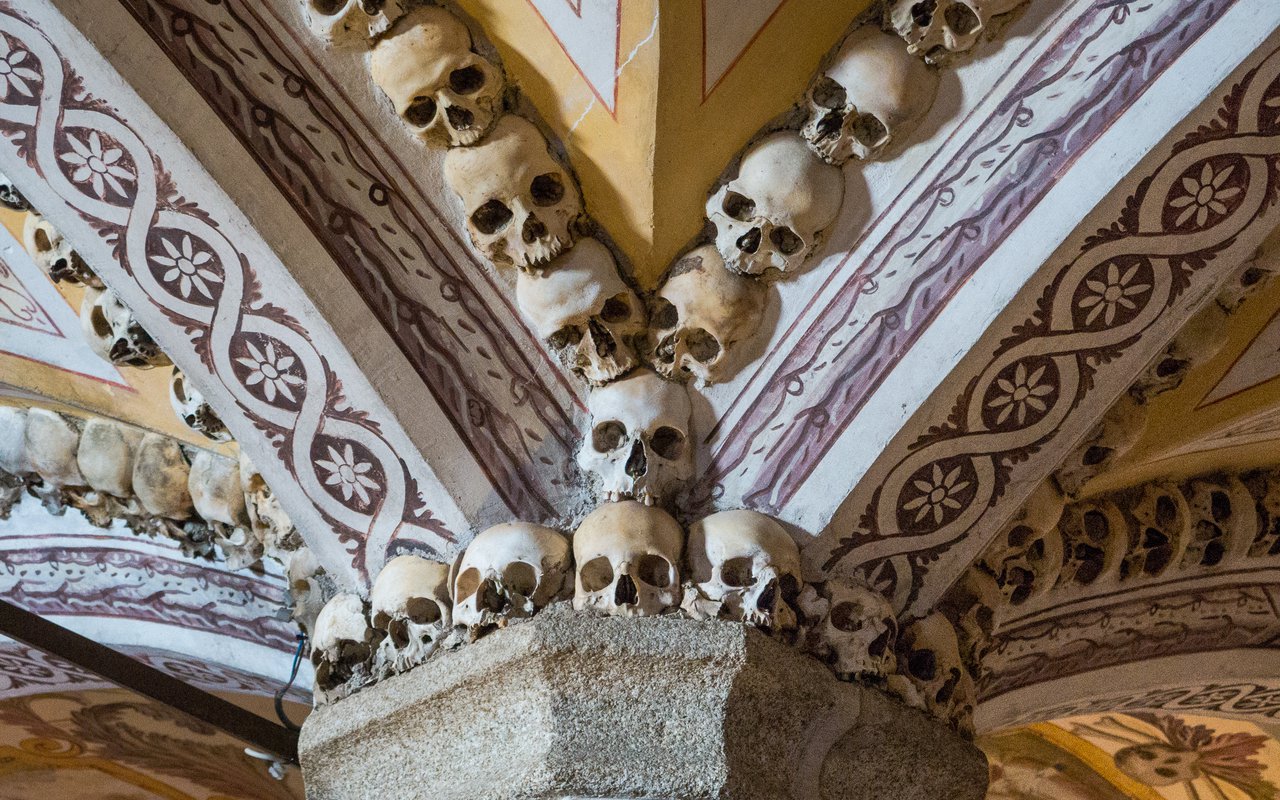 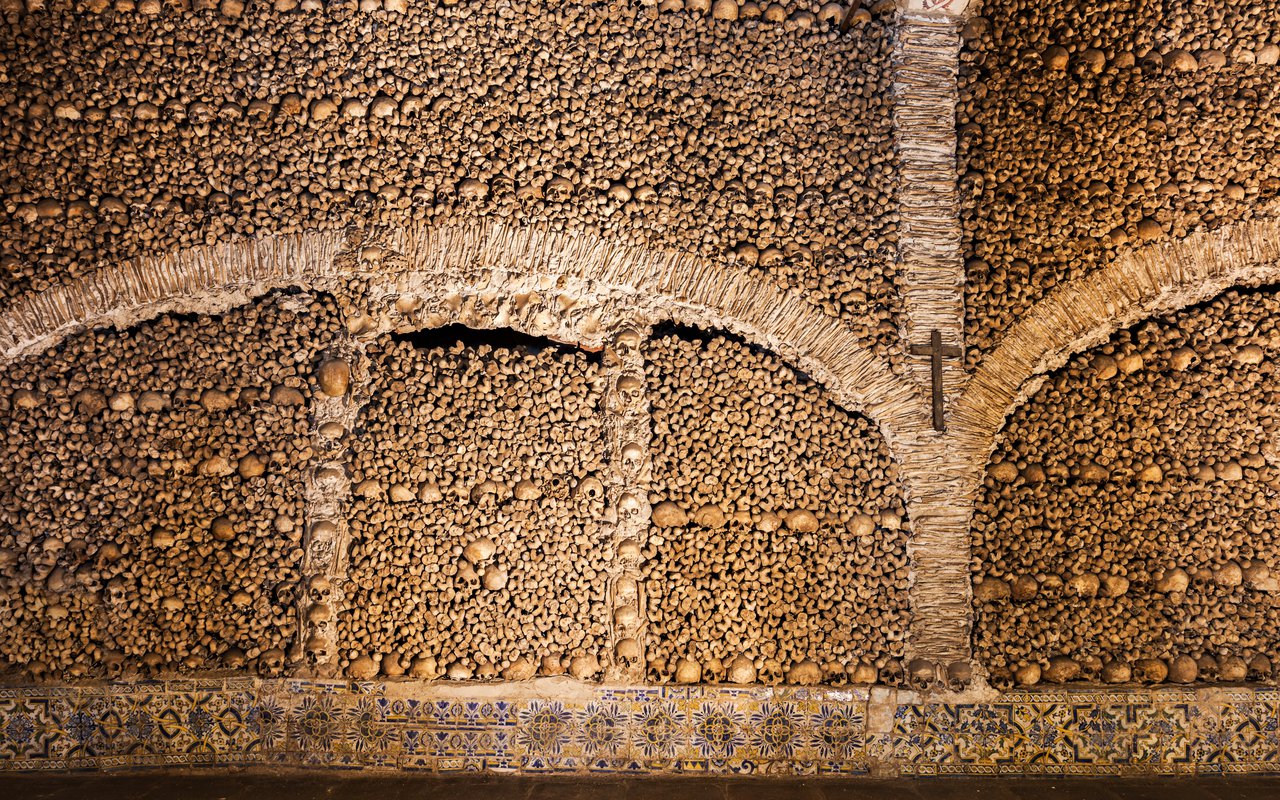 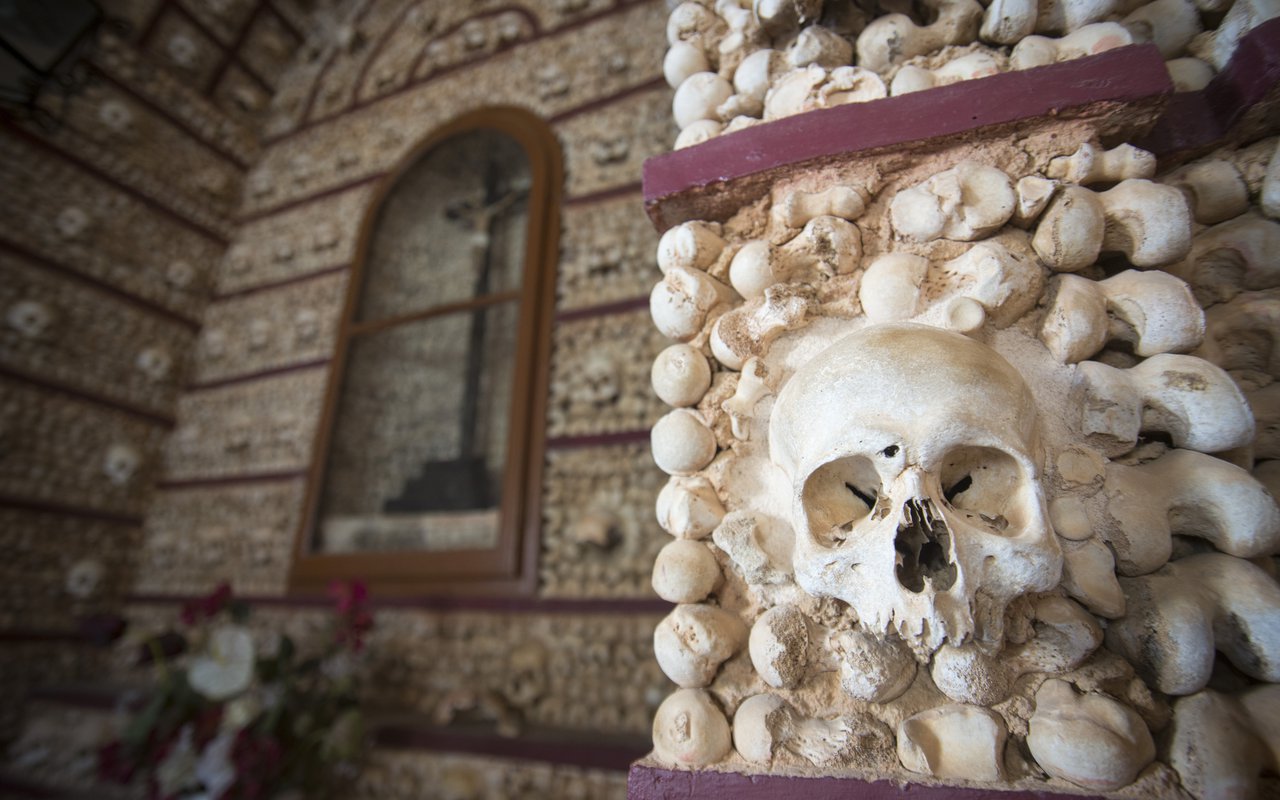 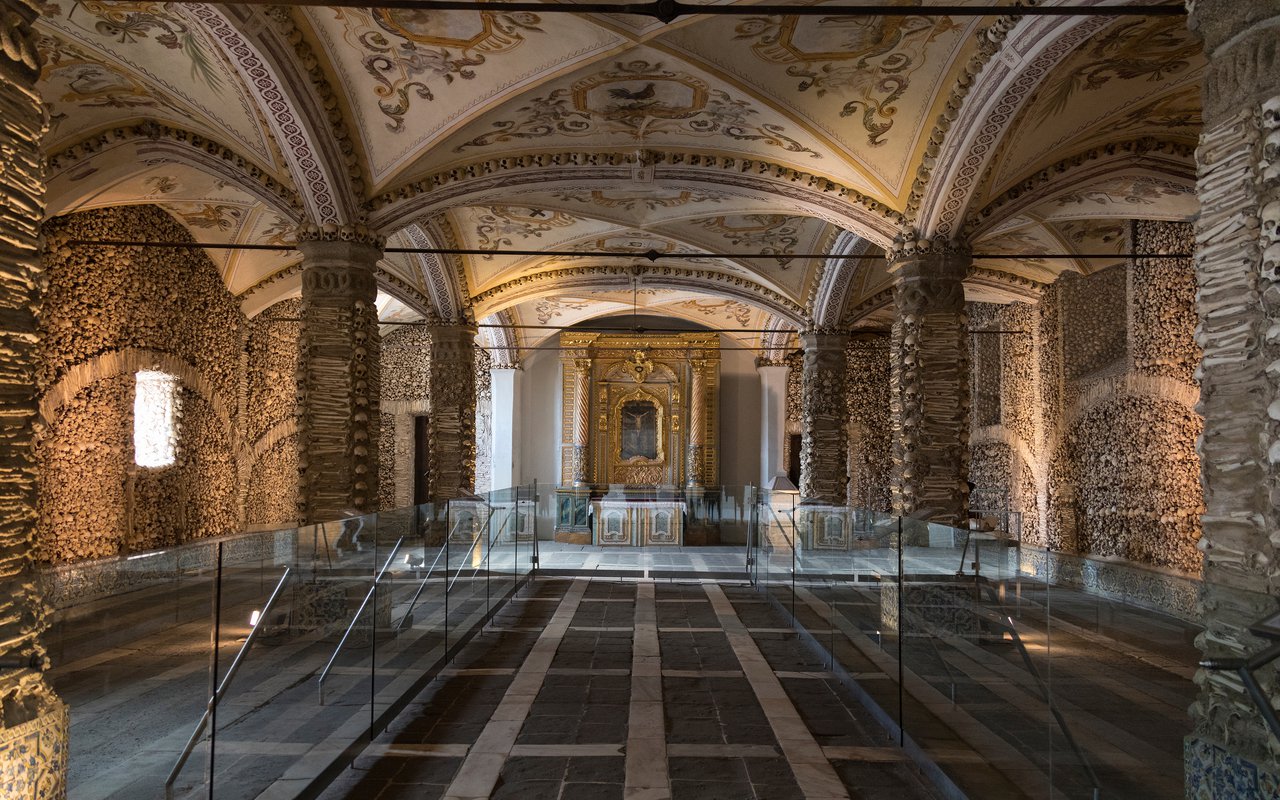