Ash Cave is located in the southernmost reaches of Hocking Hills-undoubtedly the most spectacular feature of the park. Ash Cave is the largest, most impressive cave in the state.

The approach to Ash Cave is through a narrow gorge lined with majestic hemlocks, massive beech trees, and various other hardwoods. The valley floor offers brilliant displays of wildflowers in all seasons, including large-flowered trillium, Dutchman's breeches, trout lily, Jack-in-the-Pulpit, and jewelweed. The narrow gorge is approximately one-fourth mile long and gives way to the enormous overhanging ledge and cave shelter with astounding suddenness. It is a relatively easy less than a 10-minute walk to the "cave" which is a massive rock ledge you can walk under with a waterfall at one end — no admission fee. 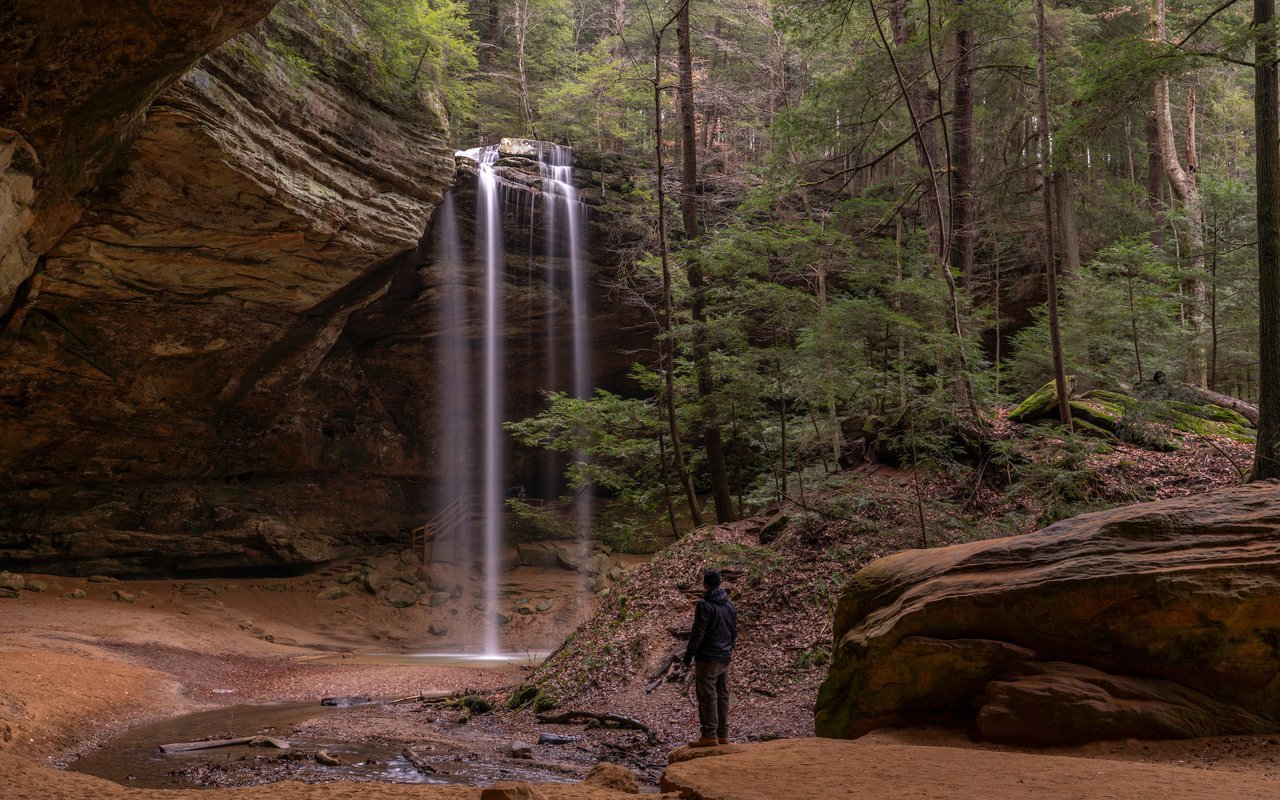 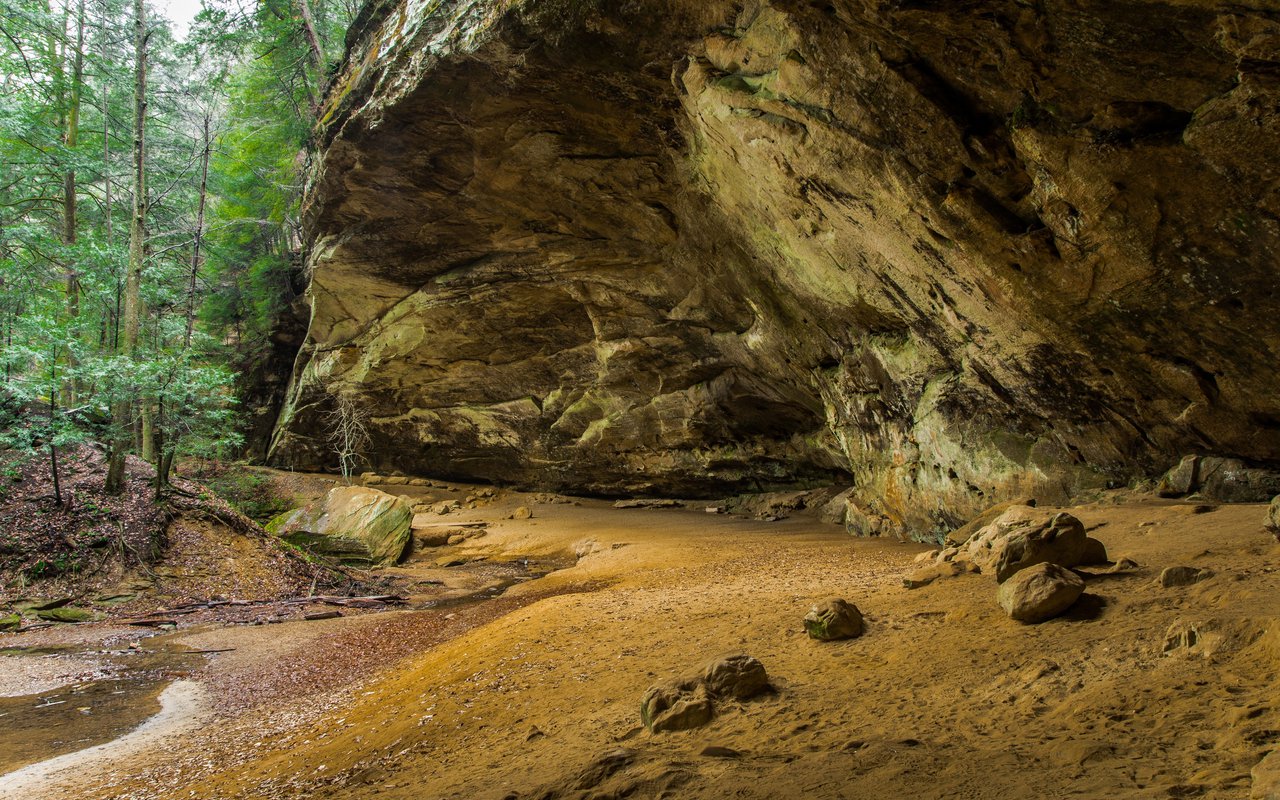 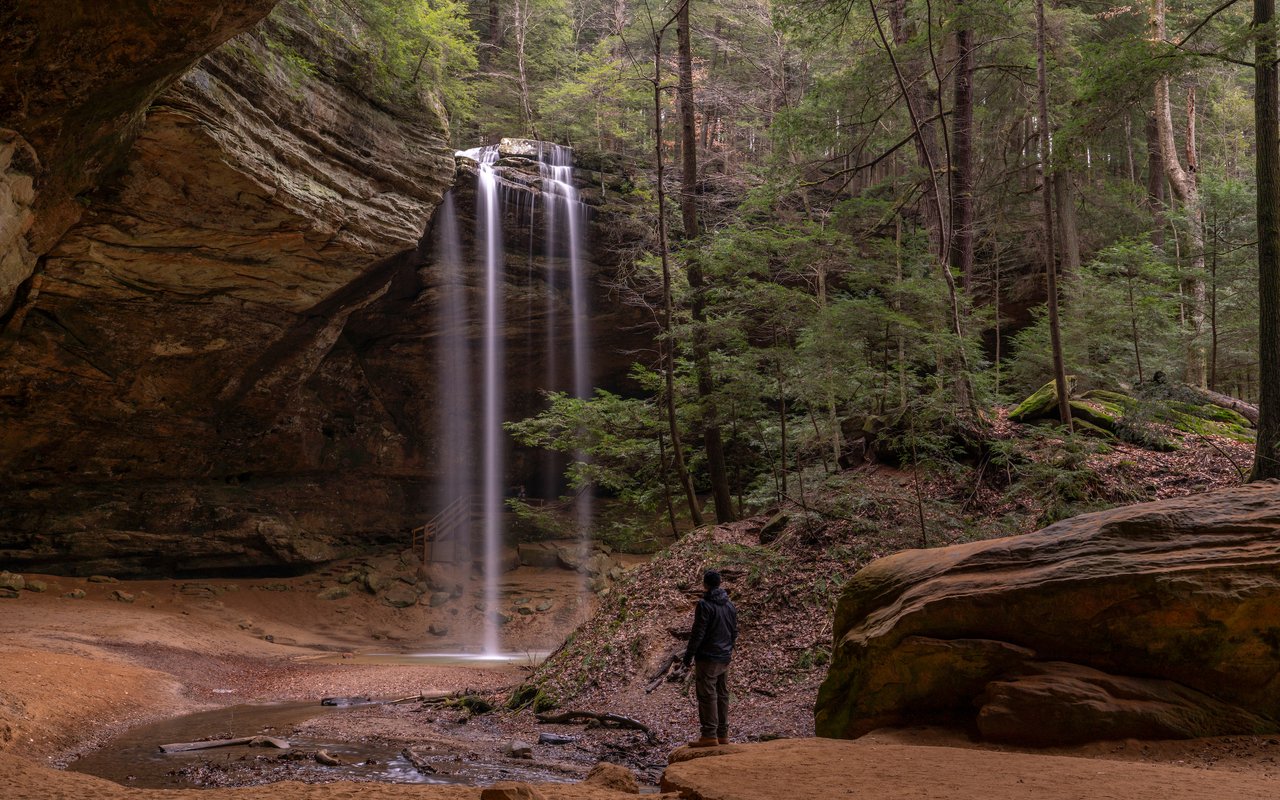 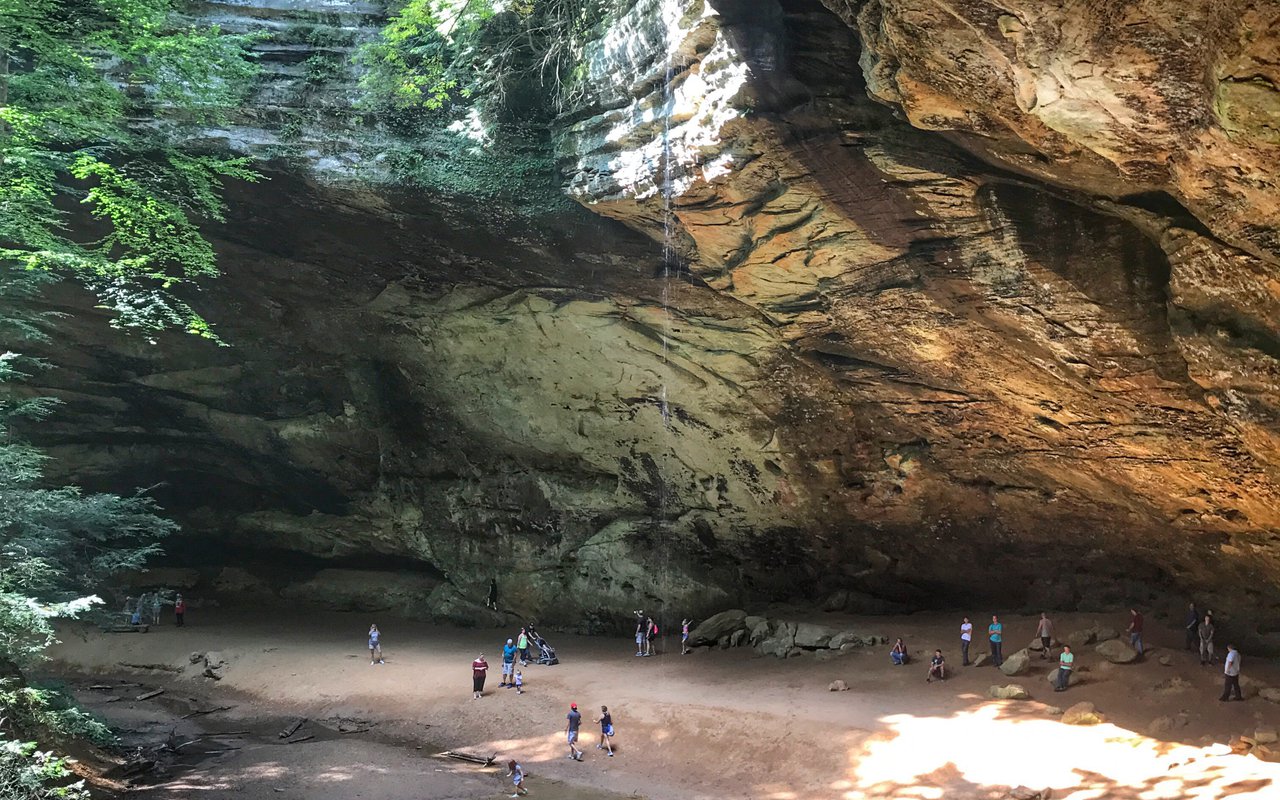 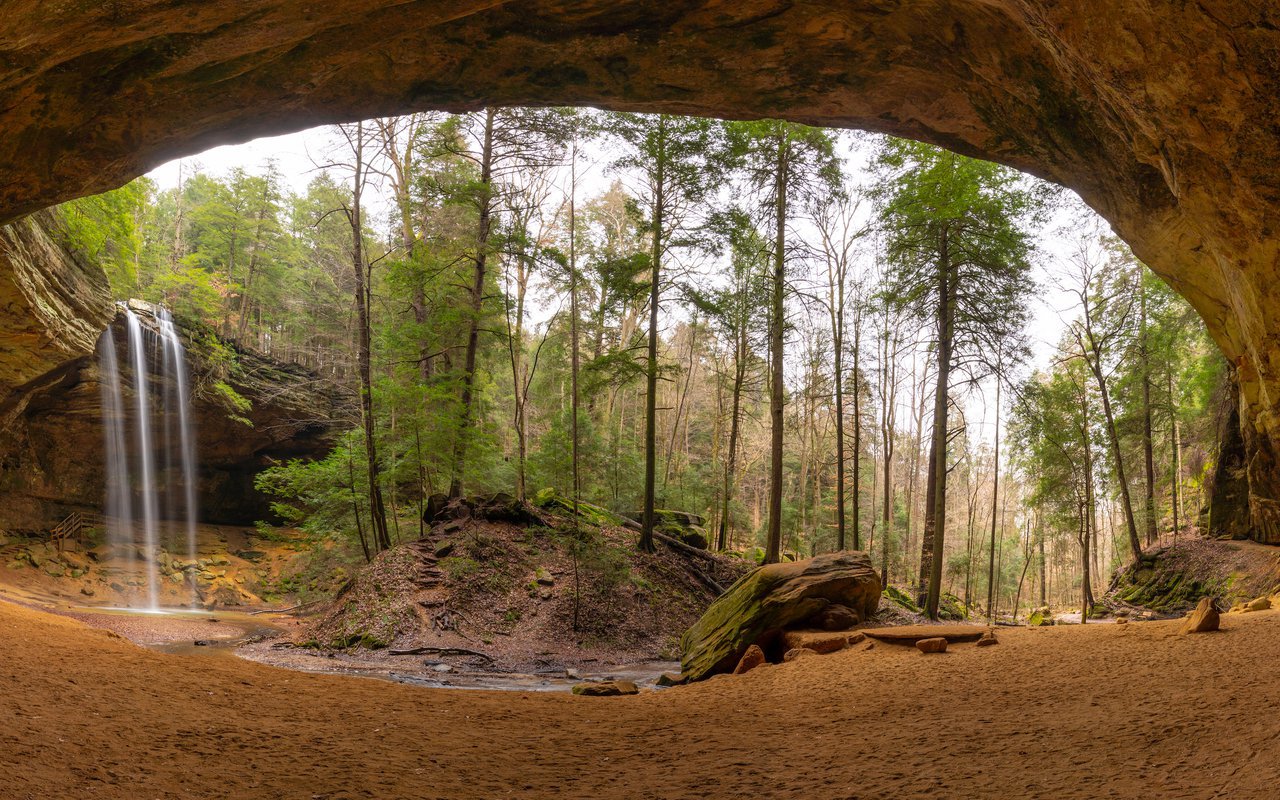