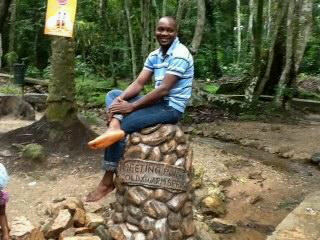 One of the greatest attractions in Africa and one of the most spectacular waterfalls in the world, Victoria Falls is located on the Zambezi River, the fourth largest river in Africa, which is also defining the border between Zambia and Zimbabwe.

The noise of Victoria Falls can be heard from a distance of 40 kilometers, while the spray and mist from the falling water are rising to a height of over 400 meters and can be seen from a distance of 50 kilometers. No wonder that the local tribes used to call the waterfall Mosi-o-Tunya “The smoke that thunders”.The water level varies throughout the year; it is at its peak in April, at the end of the rainy season when on average 500,000,000 liters of water flow and it is at its lowest level in October and early November.

Interestingly, during the dry season, the water level in the Zambezi River drops sharply, and it becomes possible to walk through some parts of the waterfall. However, during the rest of the year Victoria Falls is a roaring machine that strikes anyone with its power. 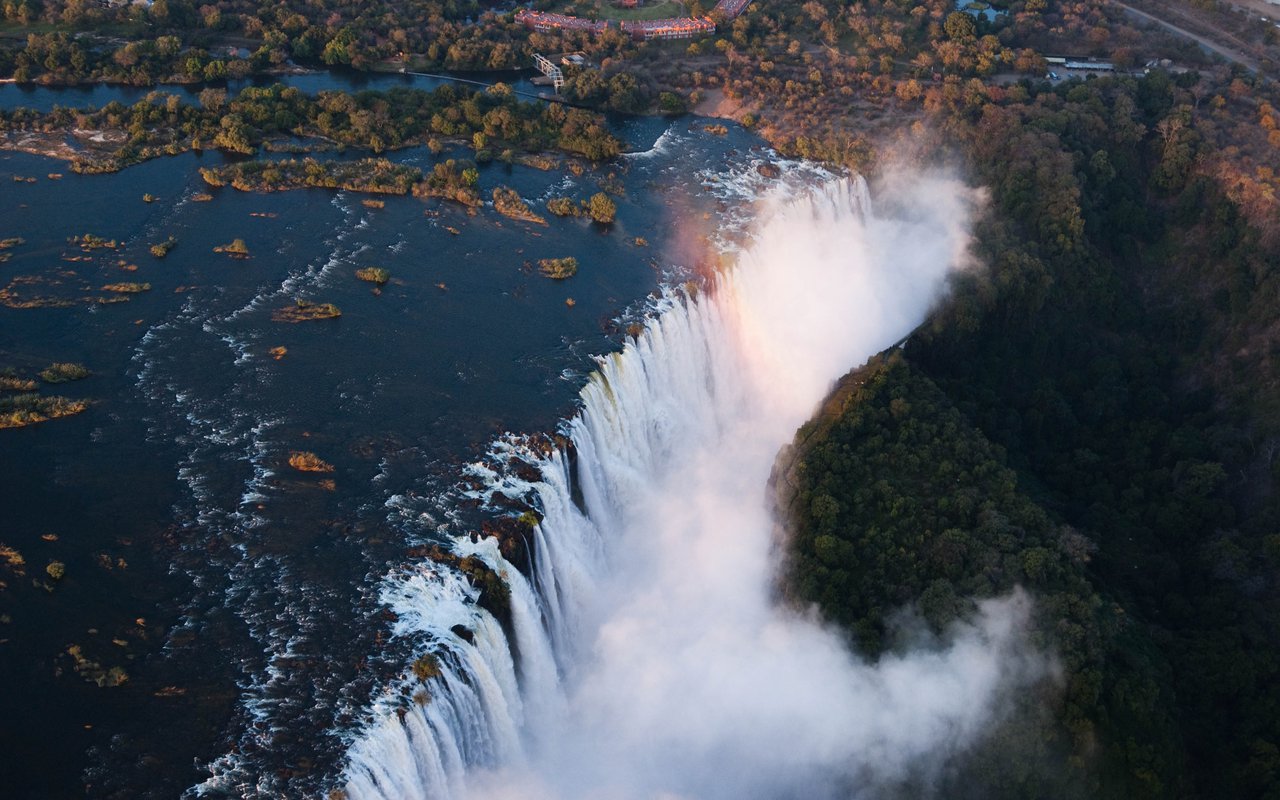 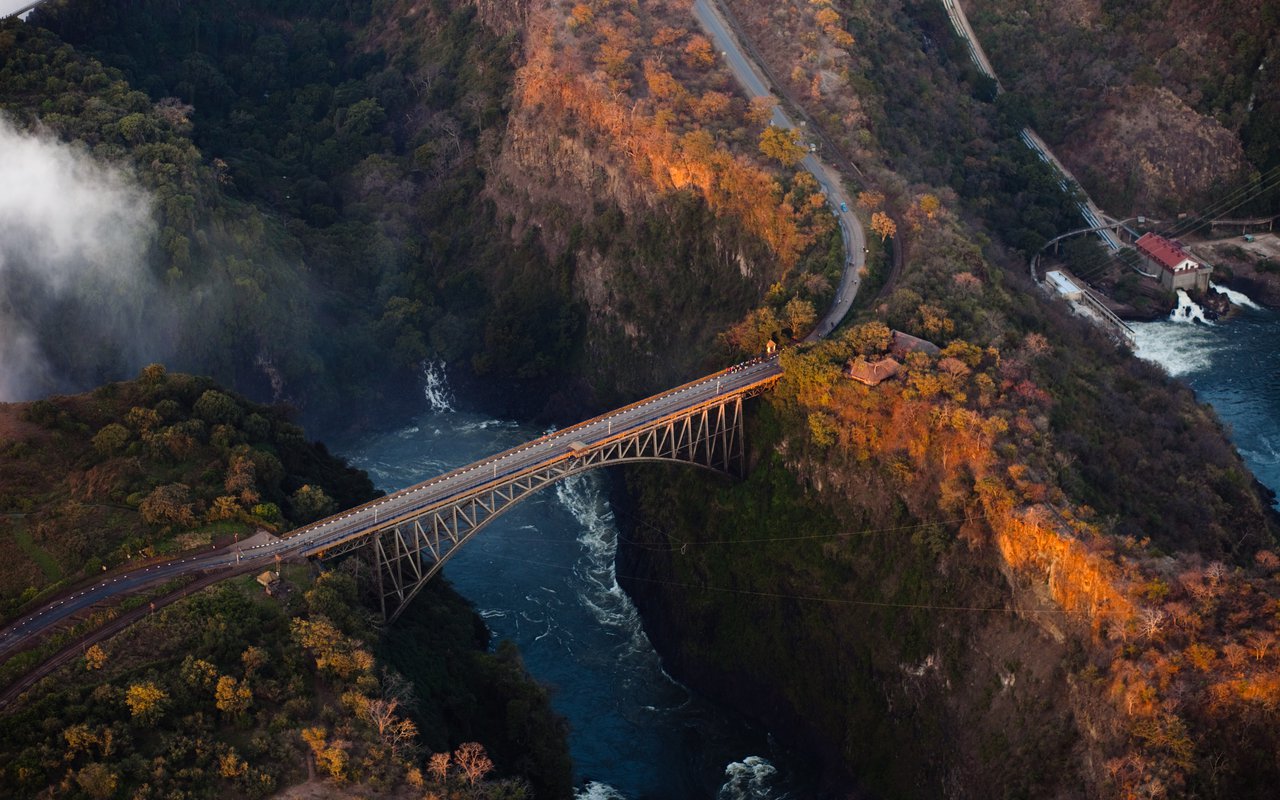 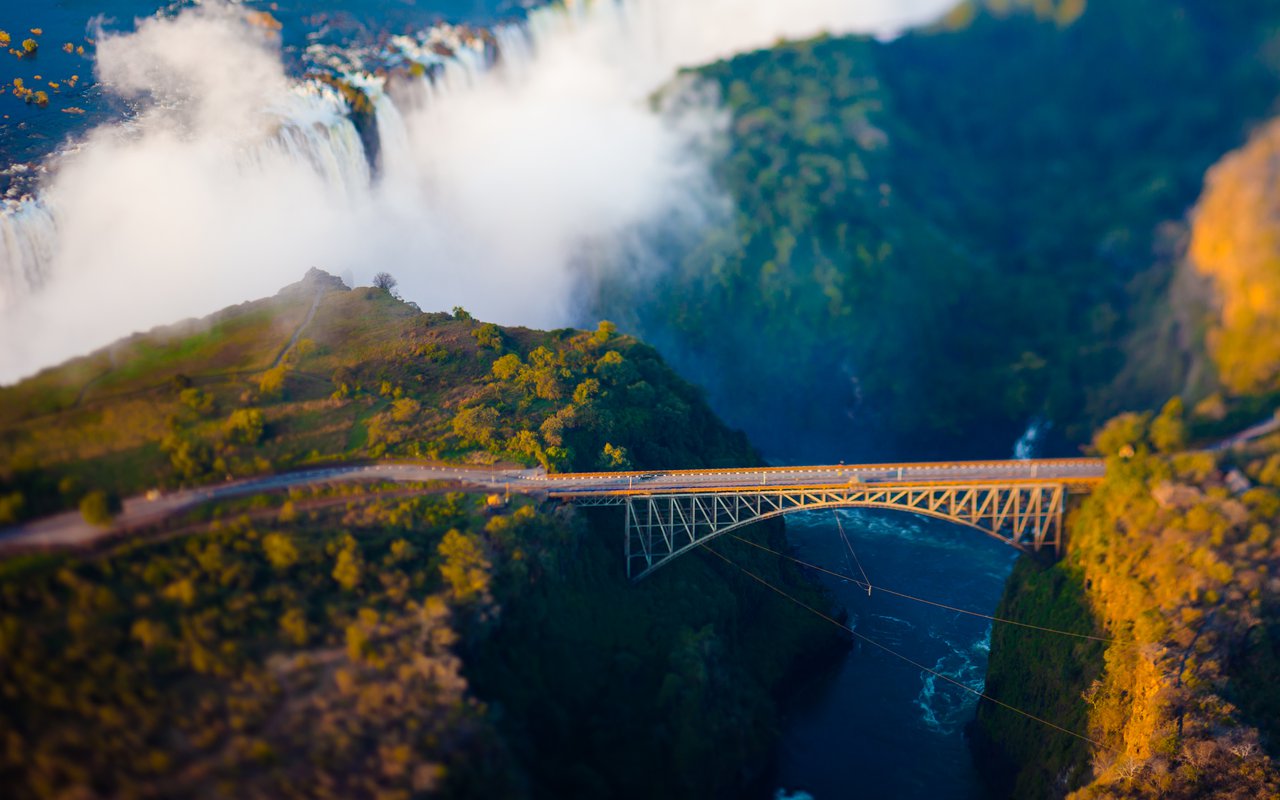