The Hanseatic Town of Visby is a unique example of a northern European medieval walled trading town with a preserved and notably complete townscape and assemblage of high-quality historic structures. Together these elements graphically illustrate the form and function of this type of significant human settlement, which still prevails as a living town.

Visby lies on the Island of Gotland, about 100 km east of the mainland in the Baltic Sea. The settlement, dating from the Viking Age, was formed on a shore with a natural harbour, sheltered by steep cliff formations. Gotlandic merchants utilized it as a strategic point in trade within the Baltic Sea. They allied for the protection of their trading posts which developed into a federation or Hansa. By the 12th century Visby had come to dominate this trade, and all the commercial routes of the Baltic were channelled through the town. After the foundation of Lübeck in 1143, German merchants began to expand their sphere of interest into the Baltic Sea and settled in Visby. It became the only trading place on the island with the privilege of trading with German towns and hence the main centre of the Hanseatic League. During the 13th century, Visby changed from a seasonal trading place into an impressive metropolis, enclosed by a strong defensive wall and increasingly divorced from its rural hinterland. The wall imposed new restrictions on the Gotlandic traders creating tensions that led to civil war in 1288. German, Russian and Danish traders built stone warehouses in parallel rows from the harbour and the community expanded with guild houses, churches and residences. In the 14th century, Visby began to lose its leading position in the Hanseatic League due to plague around 1350 and invasion by the Danish army under King Valdemar Atterdag in 1361. Warfare and piracy in the 15th century and changed trading routes bypassing Visby severely affected trade on Gotland and the economy of Visby deteriorated. The end of Visby’s greatness came in 1525, when it was stormed by an army from Lübeck and the northern parts were partially burnt. In the 18th century Visby experienced a revival of trade and industry. Many warehouses were refurbished as housing and new buildings were added both on the ruins of earlier ones and on vegetable plots. The 19th century saw the construction of schools, a hospital, and a prison and the growth of a small shopping area on one of the main streets. The town began to expand beyond the medieval wall.

The ‘inhabited historic town’ includes the walled town and its immediate surroundings constituting an area of 105 ha. The urban fabric and overall townscape of Visby are its most important qualities. The well-preserved town wall, with its towers and gates, extends 3.4 km and is surrounded by dry moats and open spaces that together form a defensive network. Some of the limestone used as building material was quarried from here. Roads into the town through gates to the north, east and south, leading from the cliff to the harbour, date to the Viking era. The medieval street plan survives both above and below ground. Urban archaeology gives evidence to widespread building structures, streets paved with large limestone slabs and a sophisticated water and sewage system. The remains of over 200 warehouses and merchants’ dwellings are predominantly in Romanesque style. Medieval Visby had more churches than any other town in Sweden: 15 within the walls and two outside. These buildings reflect several building phases with Romanesque and Gothic features, and they served various functions – parish, guild, monastic and hospital churches. Many fell into decay after they were abandoned during the Reformation in the 1530s. Only St Mary’s Cathedral survives and is still in ecclesiastical use. A large amount of small vernacular wooden houses from the 18th and 19th centuries featuring horizontal plank construction used since the Viking period remain intact. They are found mainly in the eastern parts of the town and on the site of the former Visborg Castle.

To step on the island and into its medieval capital, Visby is to be transported firmly into the Middle Ages through paved streets, ancient buildings and fortifications, all tucked behind a calcareous wall that once protected the city from marauding armies. Steeped in medieval history dating back to the early thirteenth century, Unesco-protected Visby is a well-preserved example of a trading town of the European Hanseatic League with more than 200 warehouses and merchant houses within its ramparts of the 13th century. Despite its small size, Visby has the largest number of preserved ruins throughout Northern Europe, with 10 church ruins and 27 preserved medieval fortresses built to protect it from the original 29 military outposts. In its walls, it also has more churches than any other city in Sweden. Construction began during the 12th century on some of these places of worship, and they were built by wealthy families who made their fortune by trading when Visby became a member of the Hanseatic League. Iconic religious structures, including St Karins Kyrka Gothic Cathedral, founded by the Franciscans in 1233, and St Nicolai Kyrka, built by Dominican monks in 1230, are all within a five to ten minute walk. 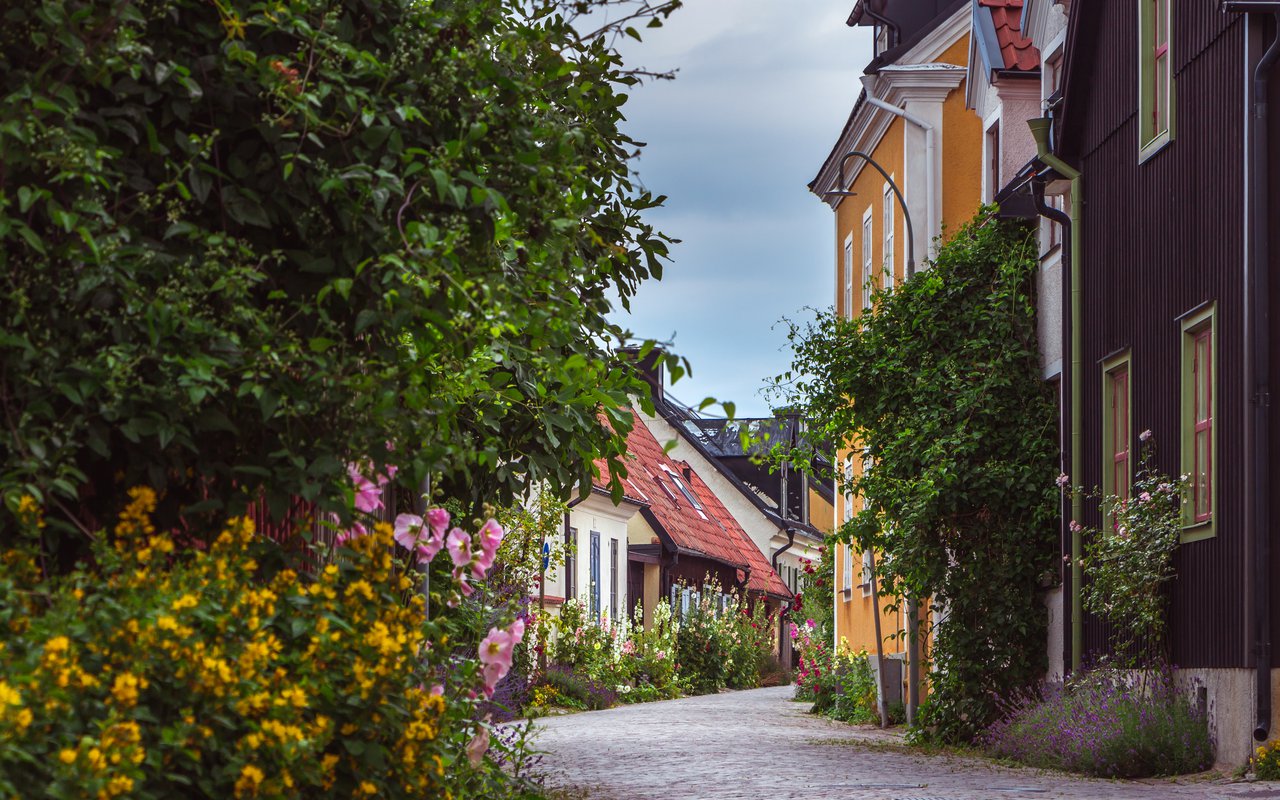 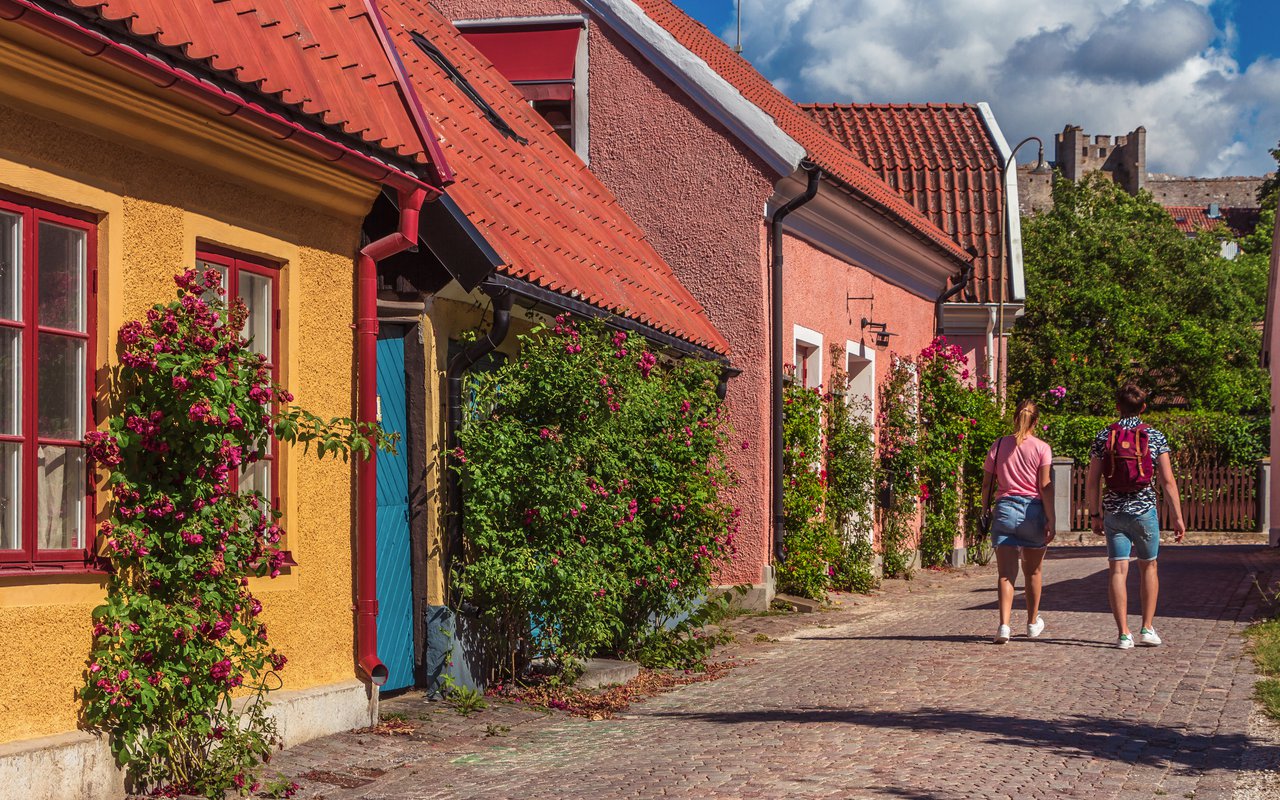 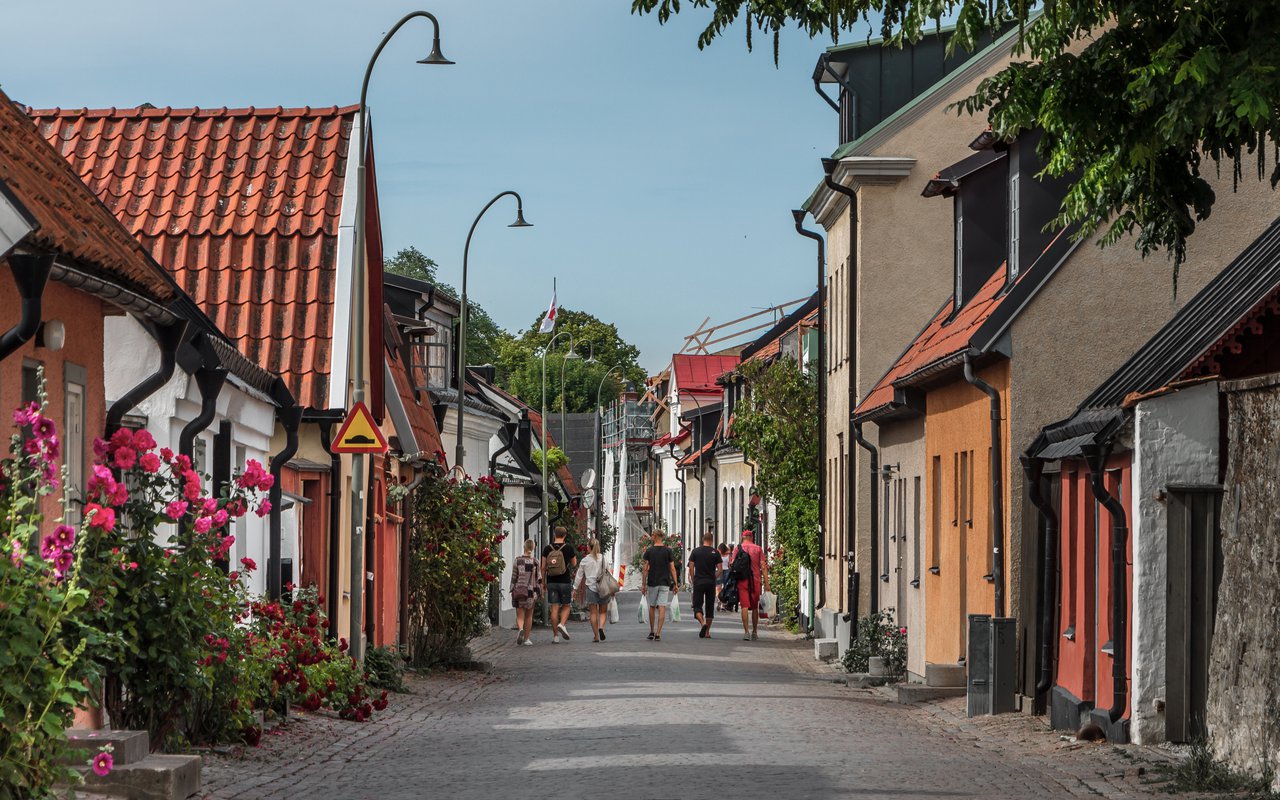