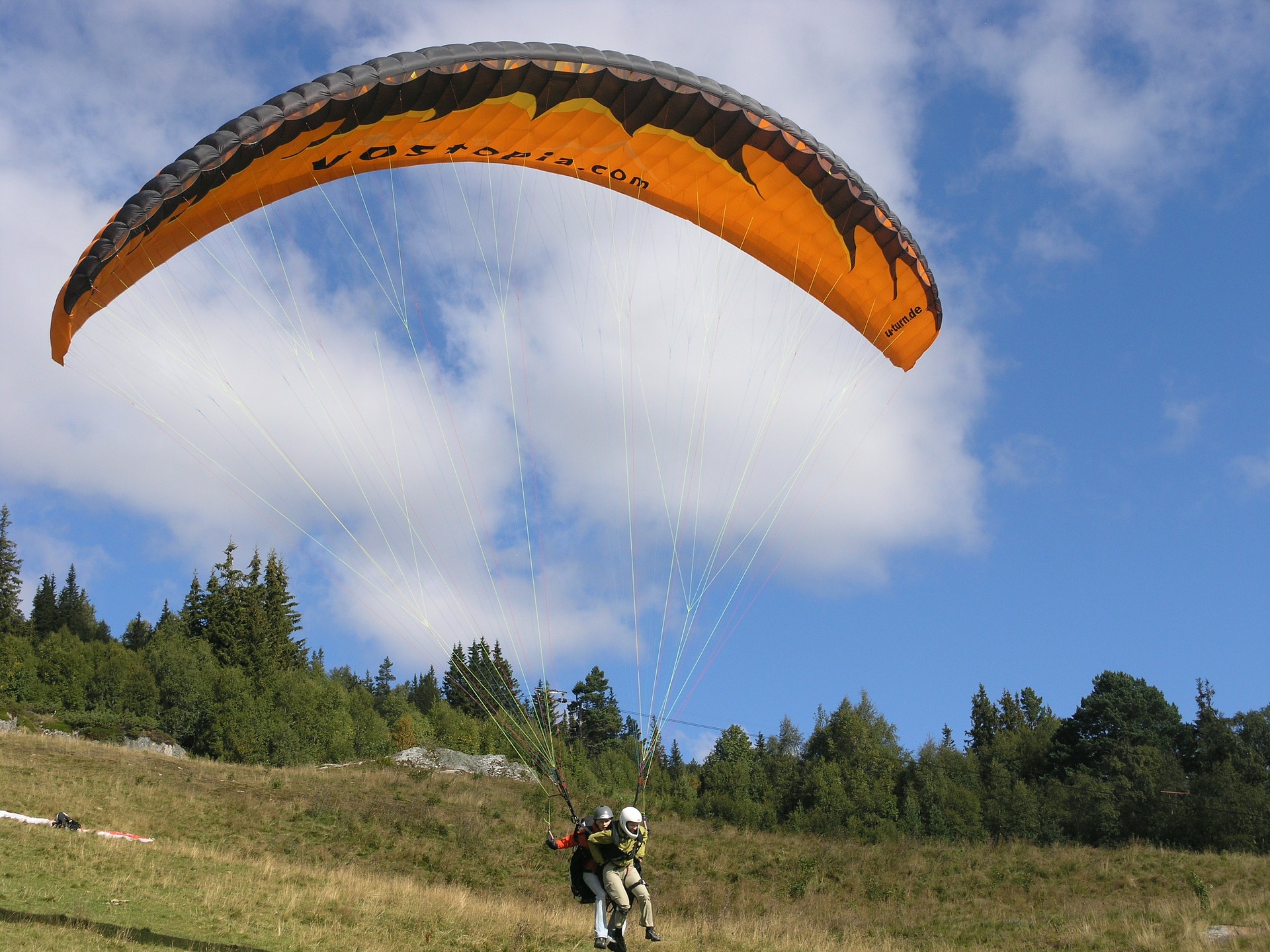 Lake Hillier is a saline lake on the edge of Middle Island, the largest of the islands and islets that make up the Recherche Archipelago in the Goldfields-Esperance region, off the south coast of Western Australia. It is particularly notable for its pink color. A long and thin shore divides the Southern Ocean from the lake.

The reason for its unique color remains a subject not fully understood by scientists, although most suspect it is related to the presence of the Dunaliella salina microalgae. The Dunaliella, a pigment also found in carrots, produces carotenoids. But the presence of halophilic bacteria in the salt crusts could be explained further. It may also result from a reaction found in water between salt and sodium bicarbonate.

Navigator and cartographer Matthew Flinders discovered the Hillier Lake for the first time in 1802, taking samples from the lake and mentioning its existence in his diary.

The lake is located on Middle Island off the coastline of Western Australia. As noted above, the Hillier Lake is quite small, 600 meters long and 250 meters wide. It is surrounded by eucalyptus trees and paperback trees and the ocean on its northern side.

This pink color is less accentuated when viewed from the surface, but it is very prominent from above. Unlike other pink lakes around the world, though, its water is still distinctly pink even when it's in a glass.

For a couple of years they have been extracting salt from the lake, but now it is only used for tourism purposes. Otherwise the water of the lake is clear and does not harm the human skin, and the saline alga of Dunaliella is also completely harmless. In fact, swimming in the lake's water is safe and fun, but normal tourists can not do so because the lake can not be visited.

To get there visit you can visit on a boat tour or scenic flight. Esperance is approximately 720 kilometers (447 miles) southeast of Perth. It's an eight-hour drive or a two-hour flight from Perth. There are also many guided tours available from Perth. 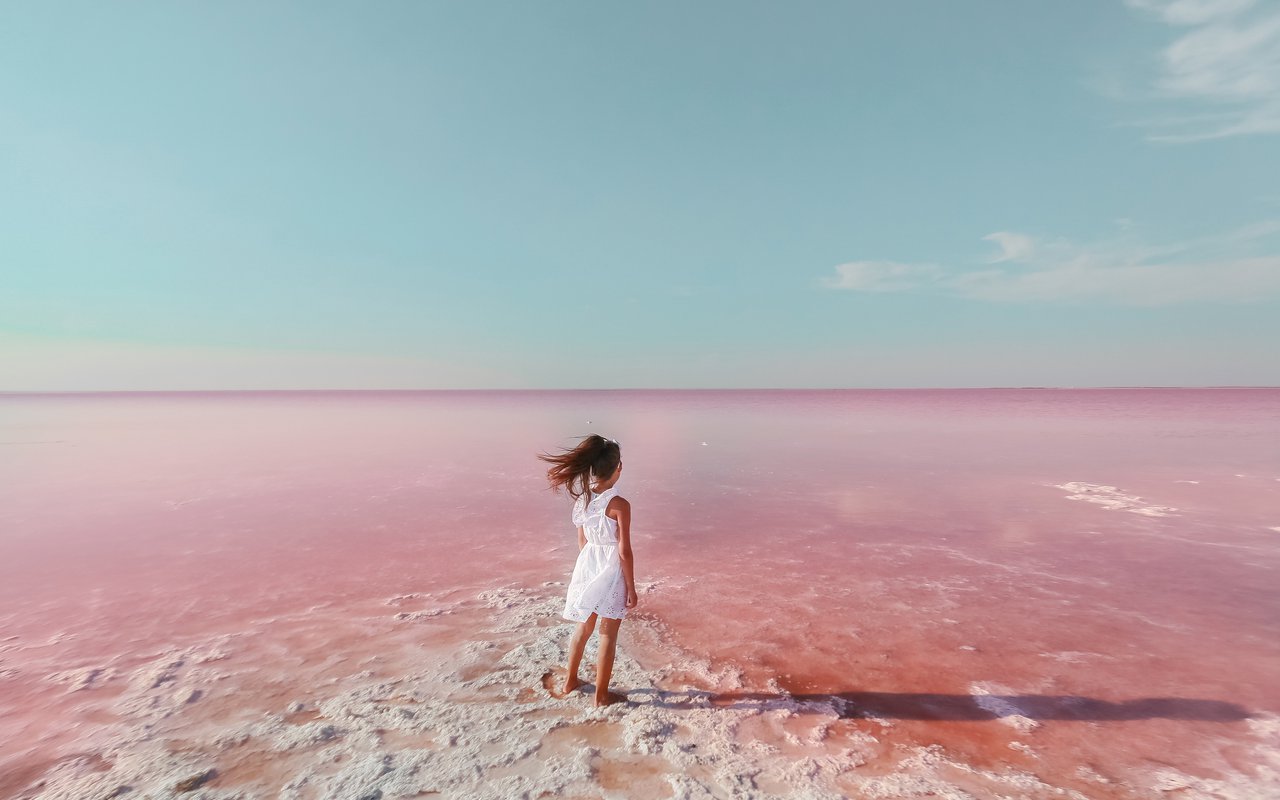 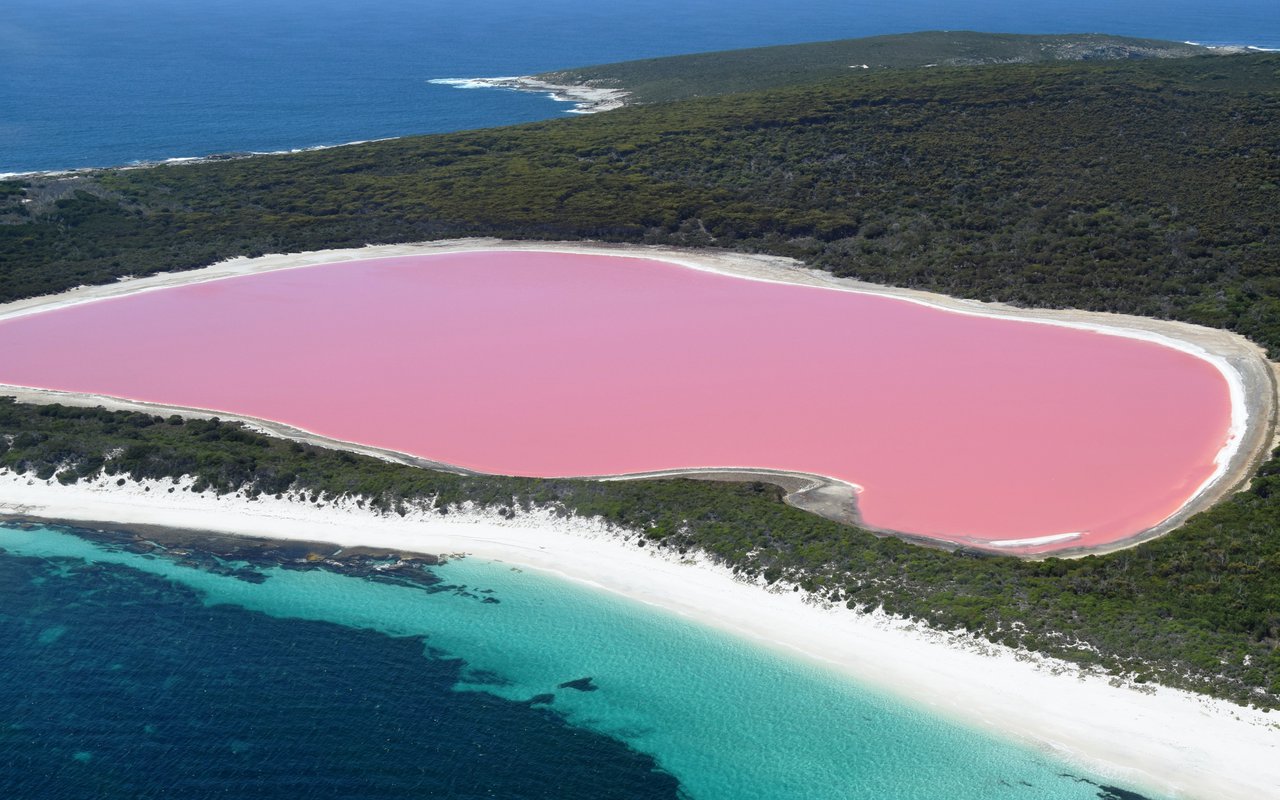 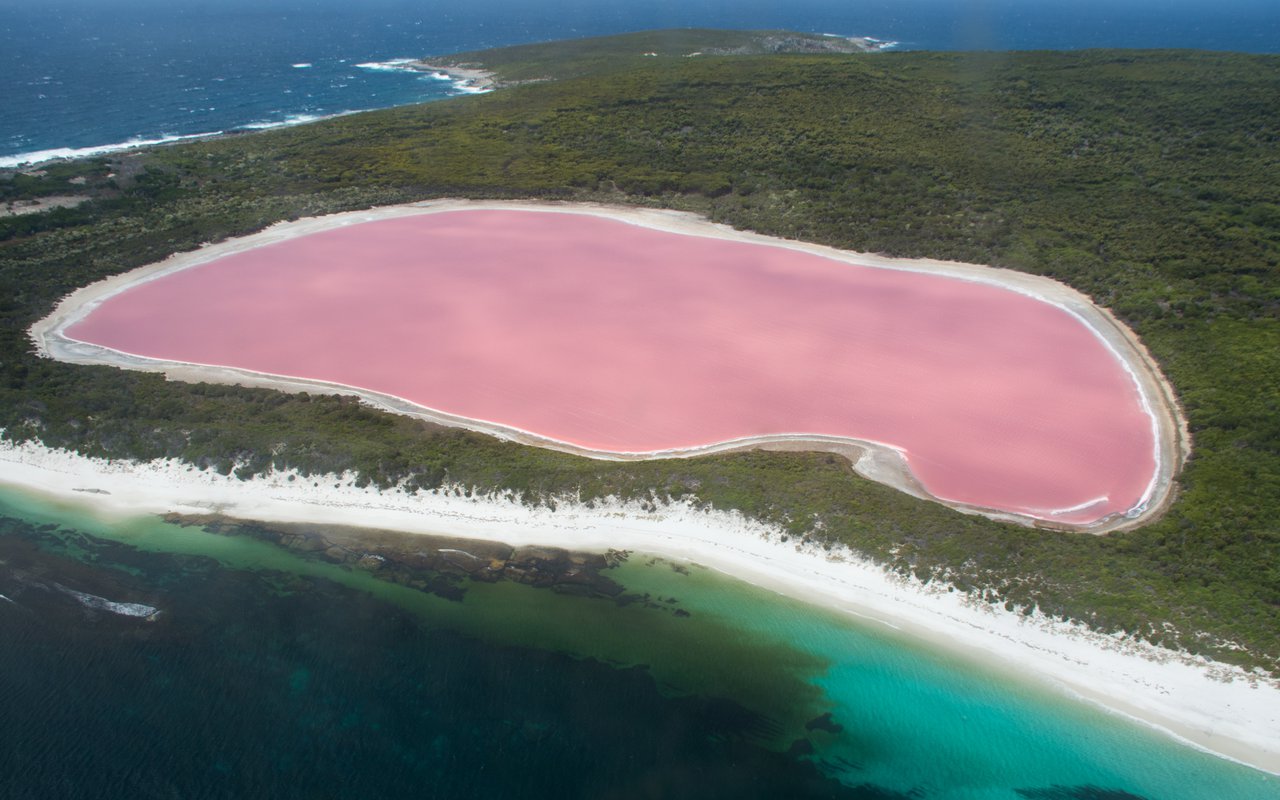 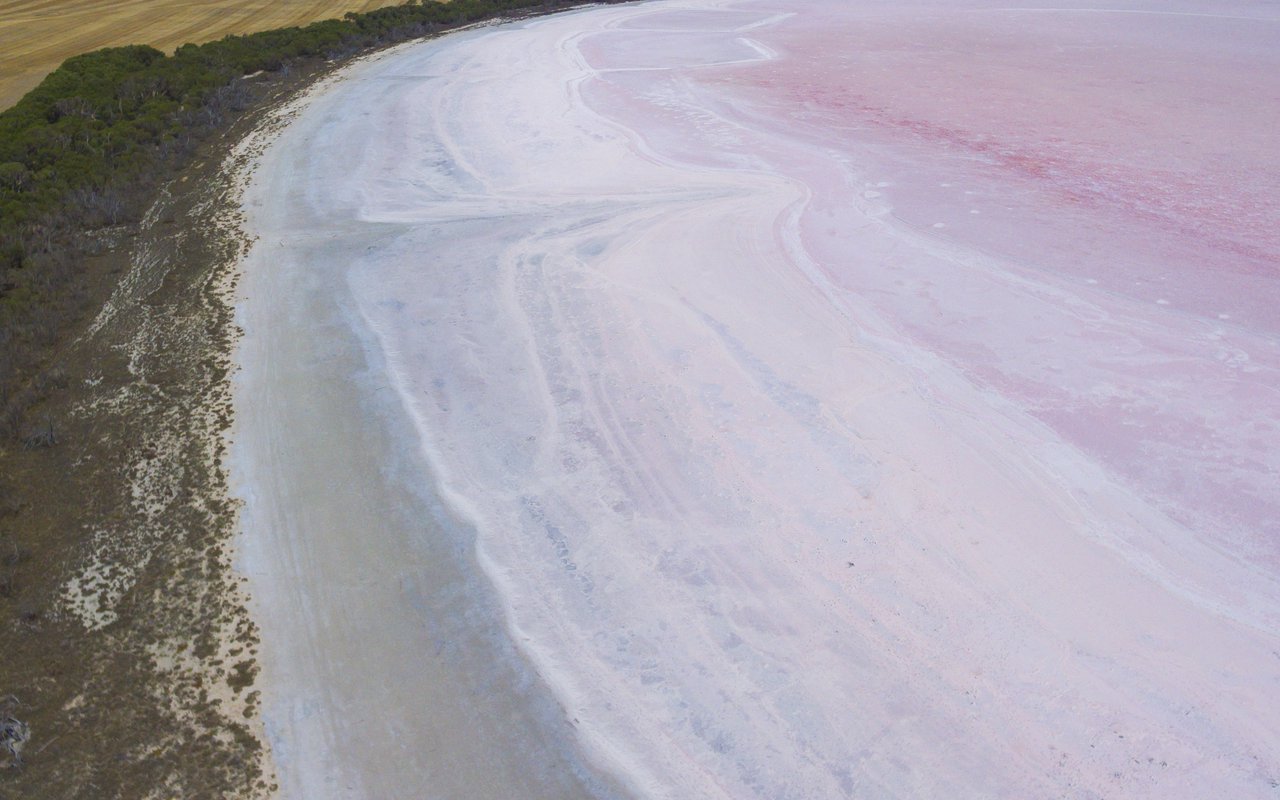