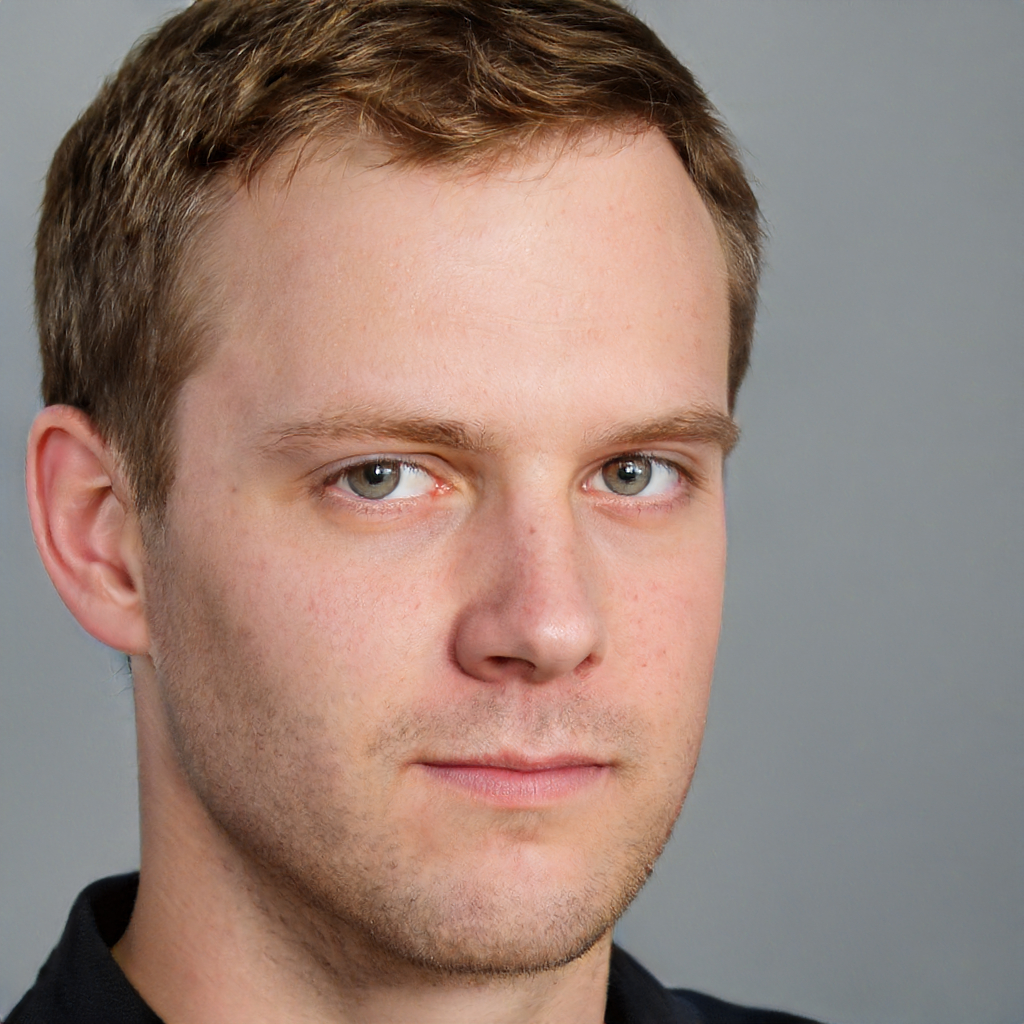 Chidorigafuchi's path is the most picturesque spot around the canal, with a 700-meter-long tunnel of cherry trees in the spring.

From around the end of March to early April, the path around the channel gets covered in the beautiful pink color of hundreds of cherry trees.

The Chiyoda Sakura Festival is also held at the same time, so for the duration of the cherry blossom season, the trees are lit up at night.

Boats in the canals during sakura season later in the season the surface of the channel is almost entirely covered in leaves, creating the dream of an airy pink river.

Visitors can rent boats and paddle on the canals surrounded by beautiful cherry blossoms at day and night (9:00 to 20:30).

After the peak season, the leaves of cherry blossoms cover the surface of the water which creates another spectacular spring scenery. There are many more cherry blossom viewing spots around this area such as Yasukuni Shrines and the Imperial Palace.

Nearby sights include Yasukuni-jinja Shrine, which is also a good spot to see cherry blossoms and autumn leaves, as well as the National Showa Memorial Museum, Nippon Budokan and Jimbocho, the bookseller's district. 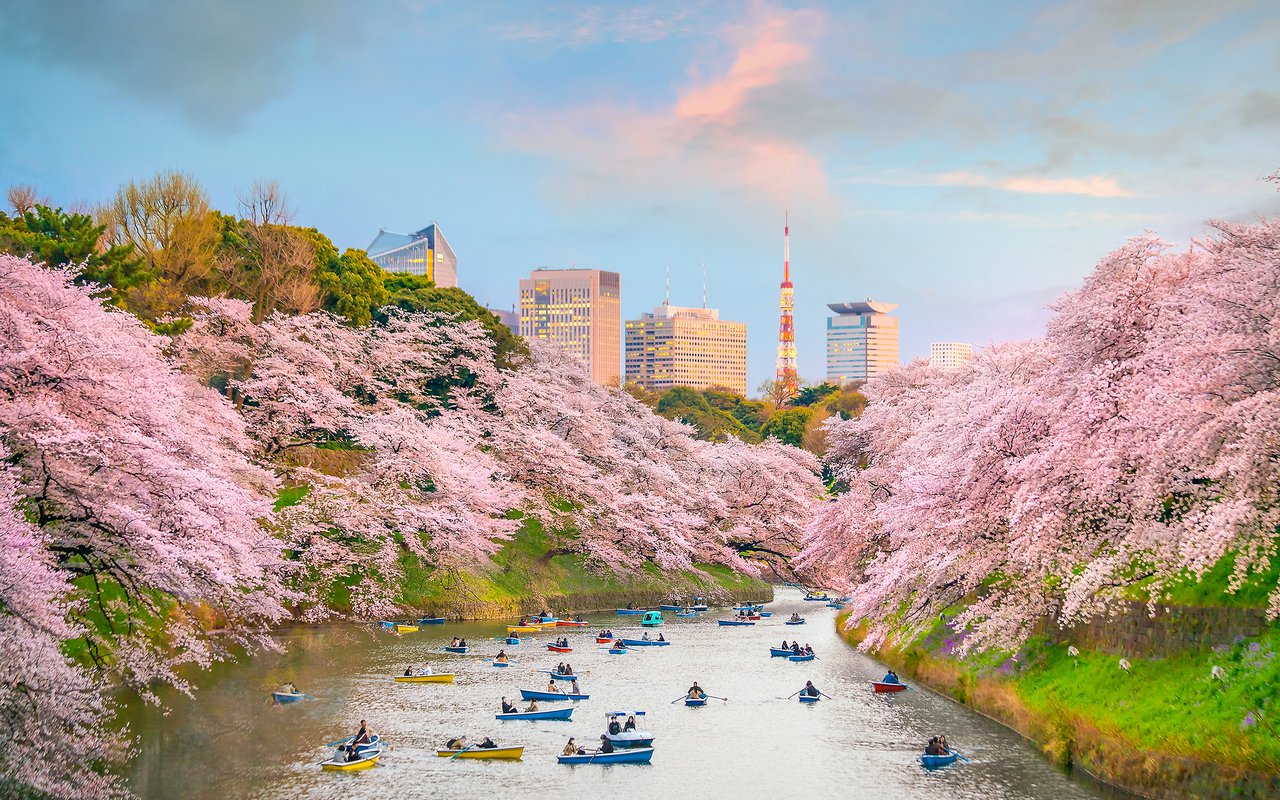 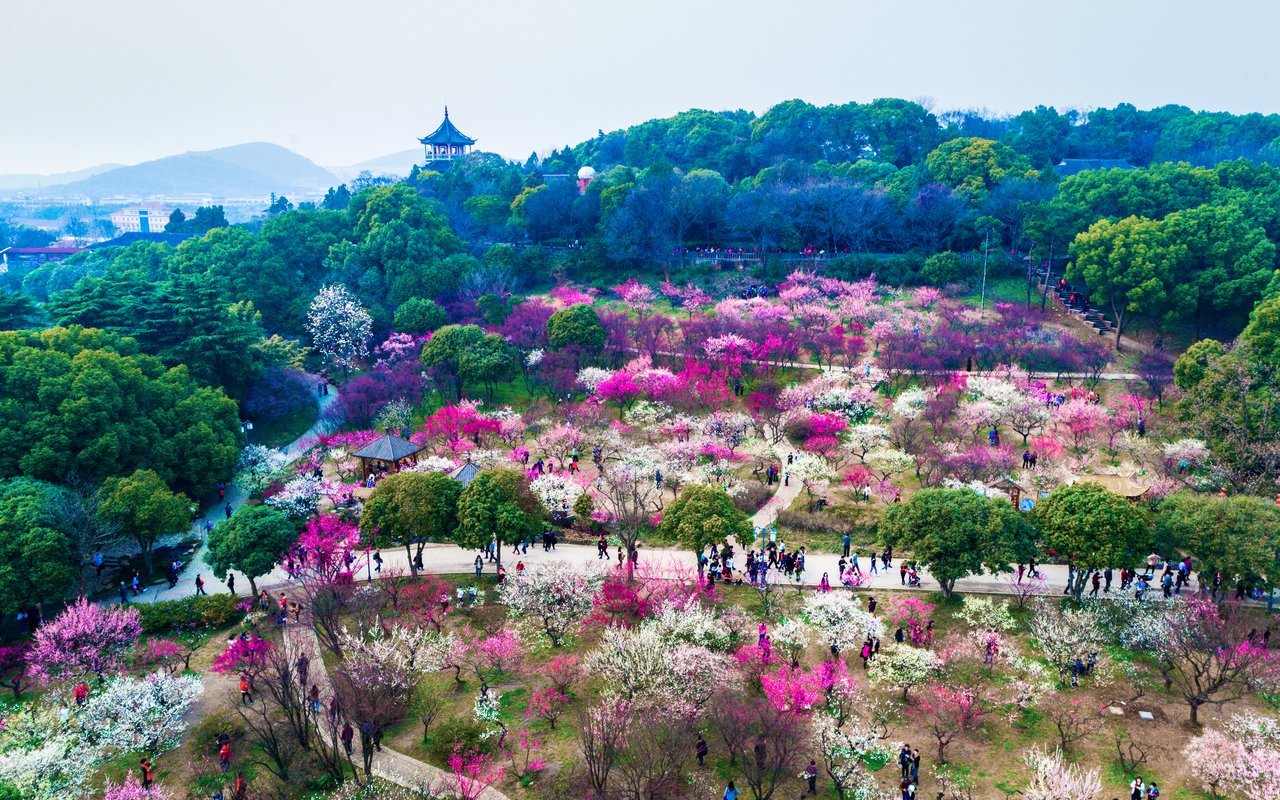 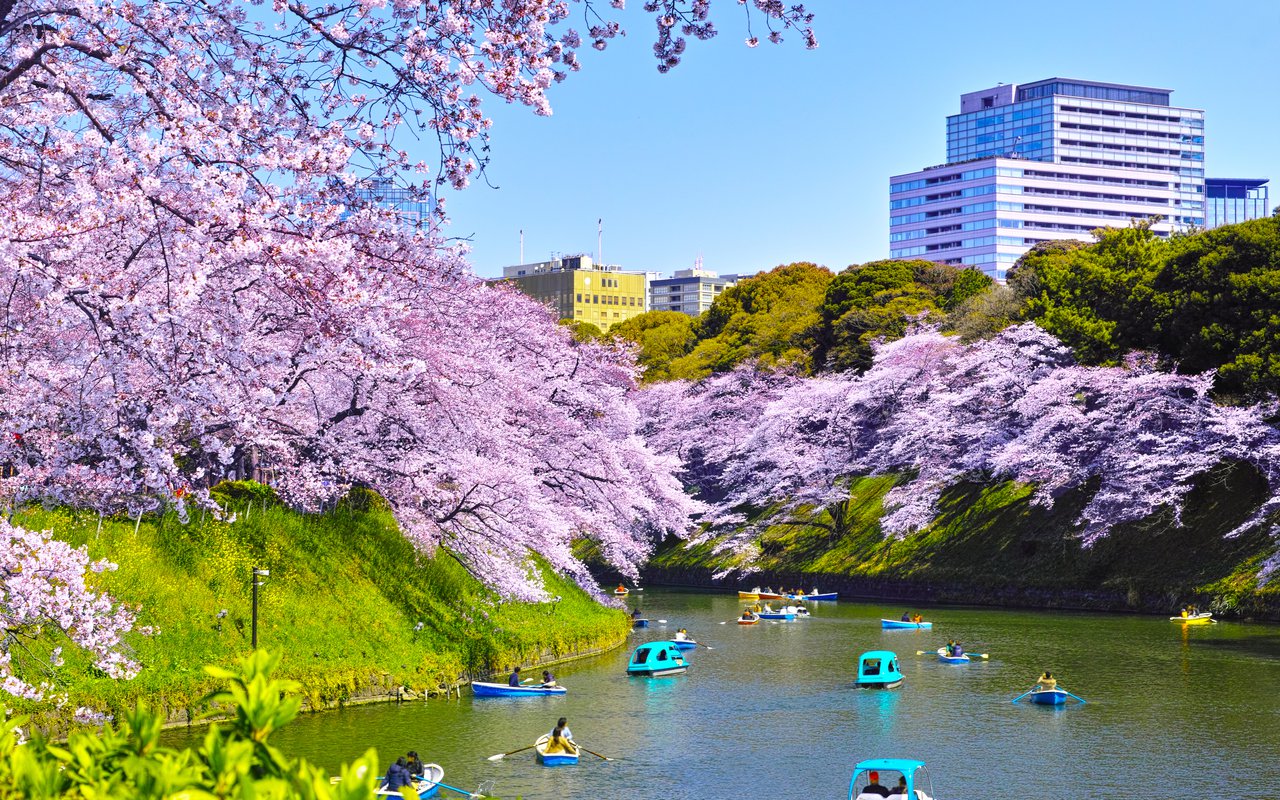 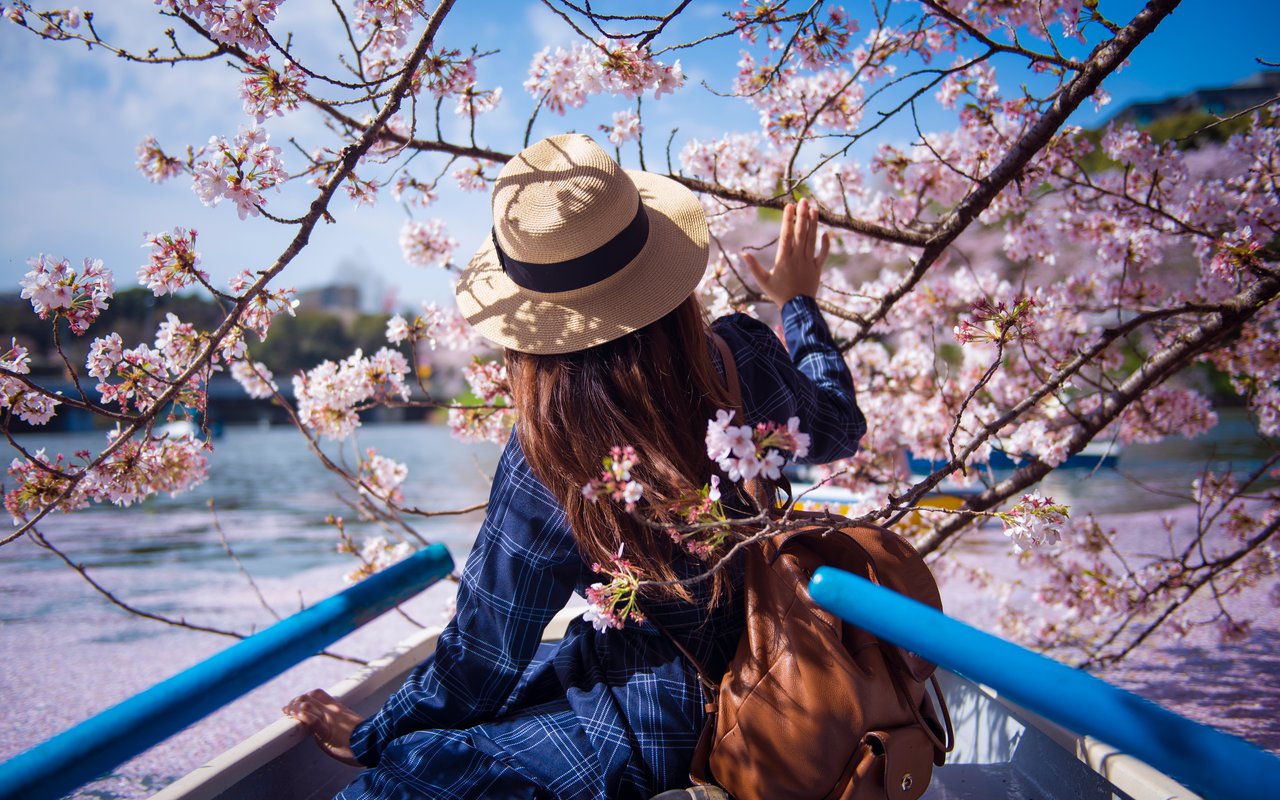