Calton Hill and the National Monument are situated in Central Edinburgh, east of Edinburgh's New Town. Marked as a UNESCO World Heritage Site, Calton Hill has some of the city's best views and if you get up early, the best sunrises.

Calton Hill is also resident to some iconic Scottish monuments and buildings. Monuments include the National Monument, Dugald Stewart Monument, Nelson's Monument, the Old Royal High School, Robert Burns Monument, Political Martys' Monument and also the City Observatory. The panoramic views from Calton Hill have astonished and inspired visitors for centuries. Major landmarks can be seen from a bird’s eye view: Arthur’s Seat with the Crags behind Holyrood Palace and the Parliament, Leith and the Firth of Forth, Princes Street in its New Town grid and the Royal Mile climbing up towards the Castle.

Calton Hill is also famous for its collection of historic monuments, which form some of the most important landmarks of the city. One of the most striking is the National Monument, inspired by the Parthenon in Athens. Intended to commemorate the Scottish servicemen who died in the Napoleonic Wars, it was never completed leaving just the twelve columns you see today.

Also look out for the Nelson Monument, shaped like an up-turned telescope. Completed in 1816 the monument commemorates the death of Admiral Lord Nelson at the Battle of Trafalgar in 1805. However in 1852 a time ball was added to the top to enable ships moored in the Firth of Forth to set their time-pieces accurately. The Nelson Monument is open to the public, and the Time Ball still drops at one o’clock six days a week.

The City Observatory is also located here, a Greek temple styled building designed by William Henry Playfair in 1818. It was here that Professor Thomas Henderson, appointed first Astronomer Royal for Scotland in 1834, discovered how to measure parallax and the distance of the stars in this building.

Calton Hill is a favourite spot with locals for enjoying the Hogmanay fireworks and many of the August festival events take place here. The last day of April also sees the Beltane Fire Festival reviving an old Celtic tradition. 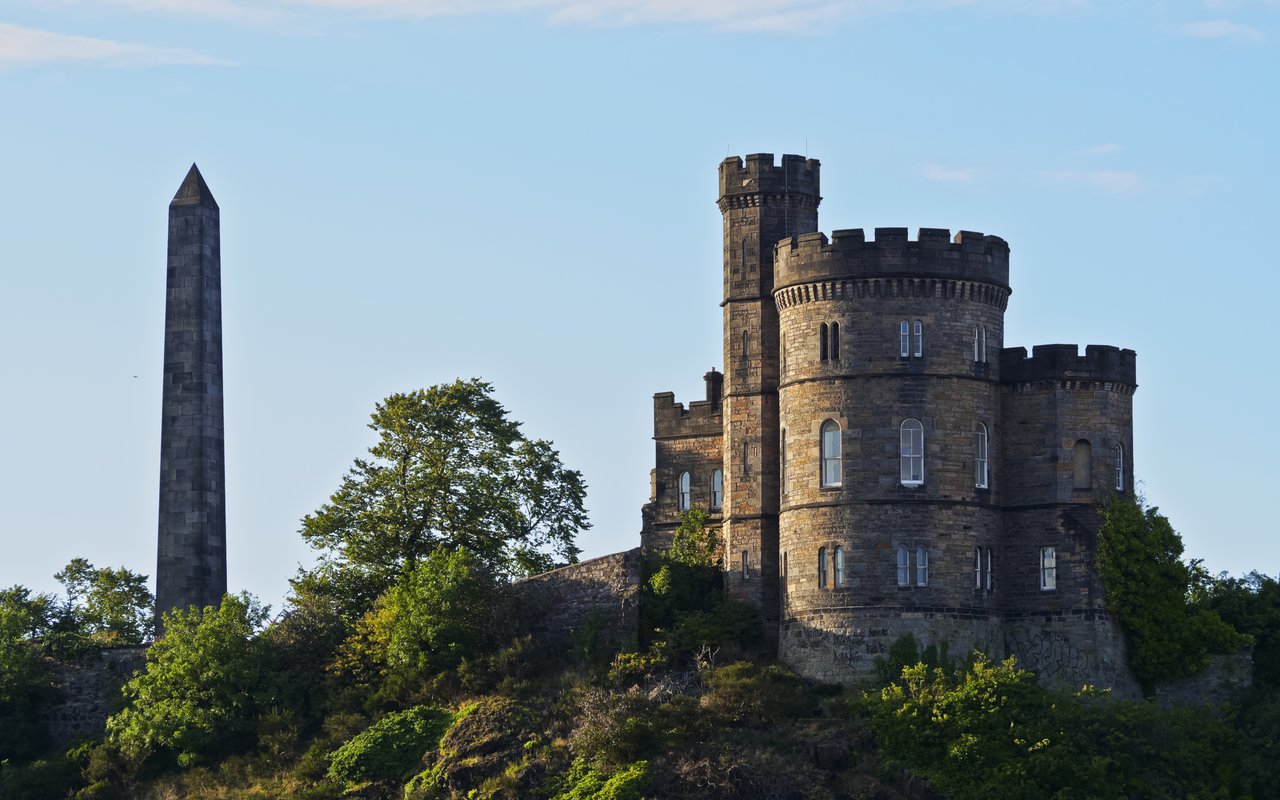 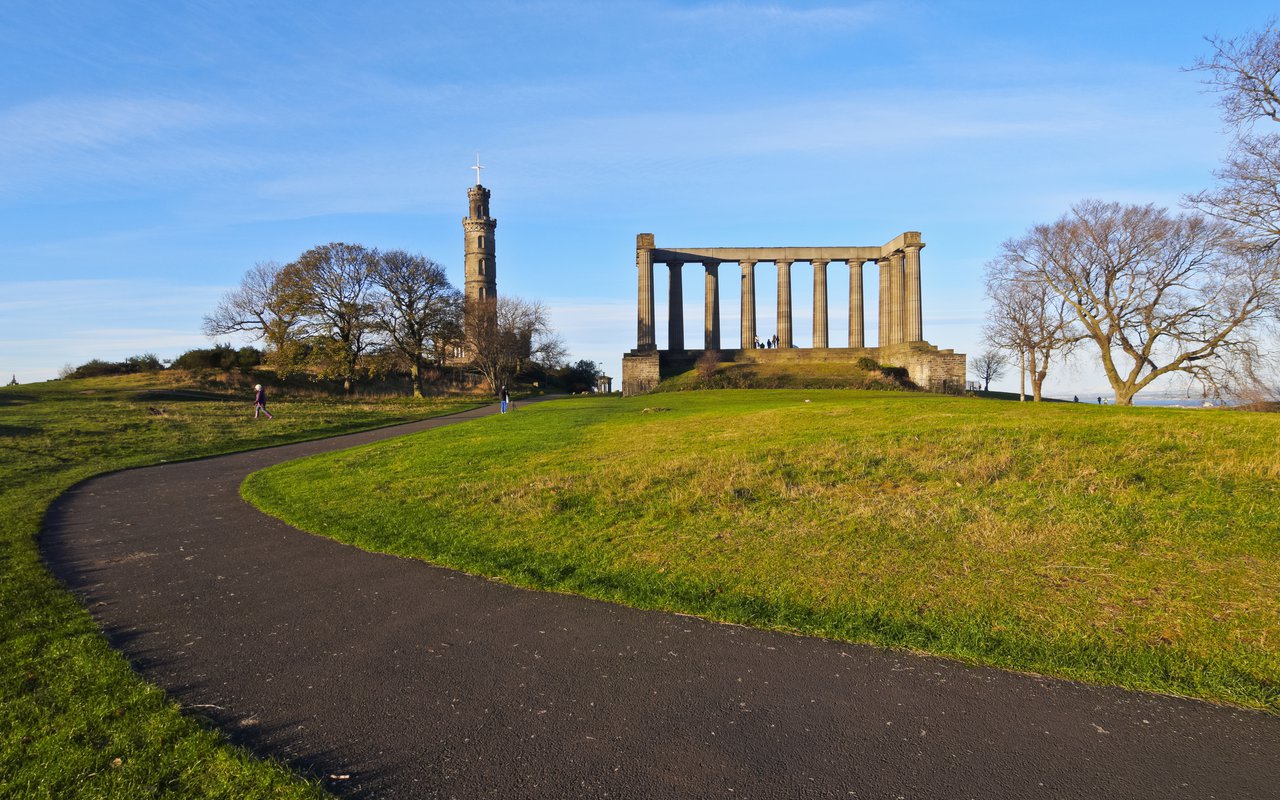 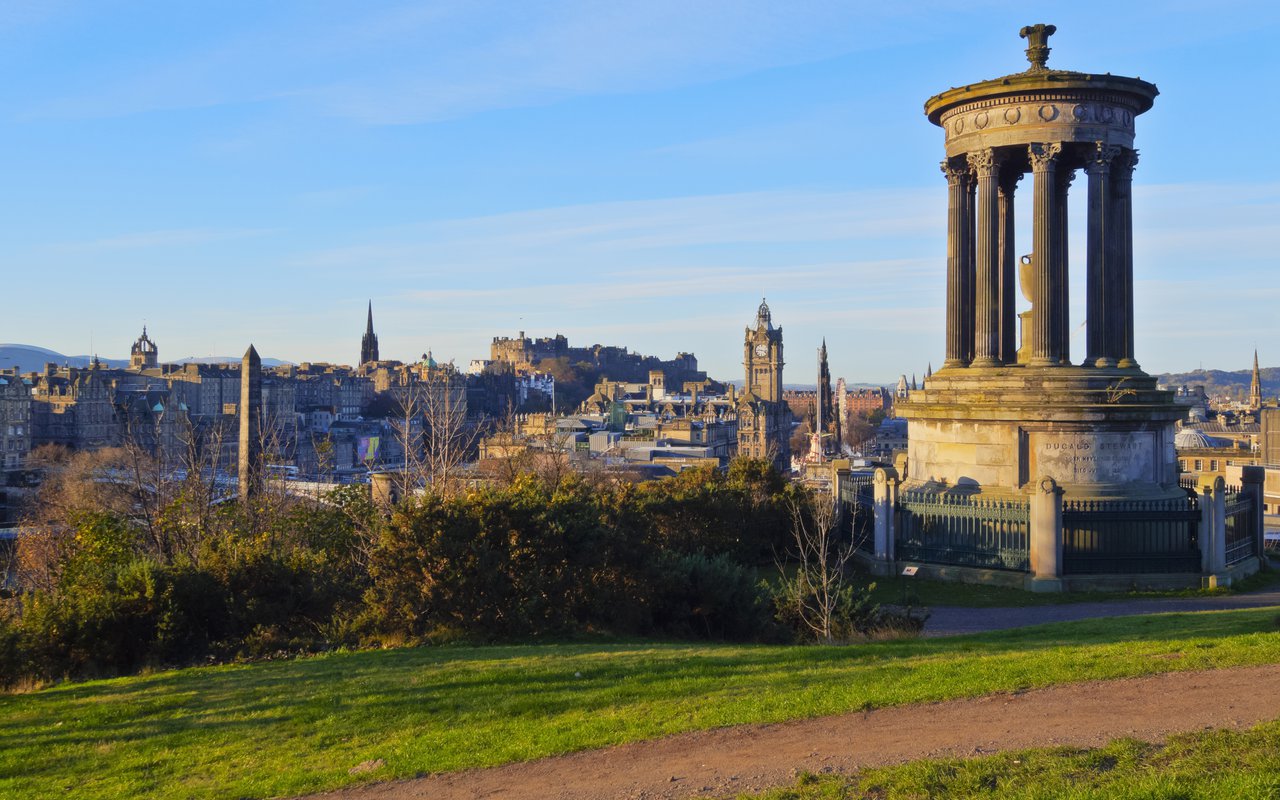