Explore the blue strees of Chefchaouen 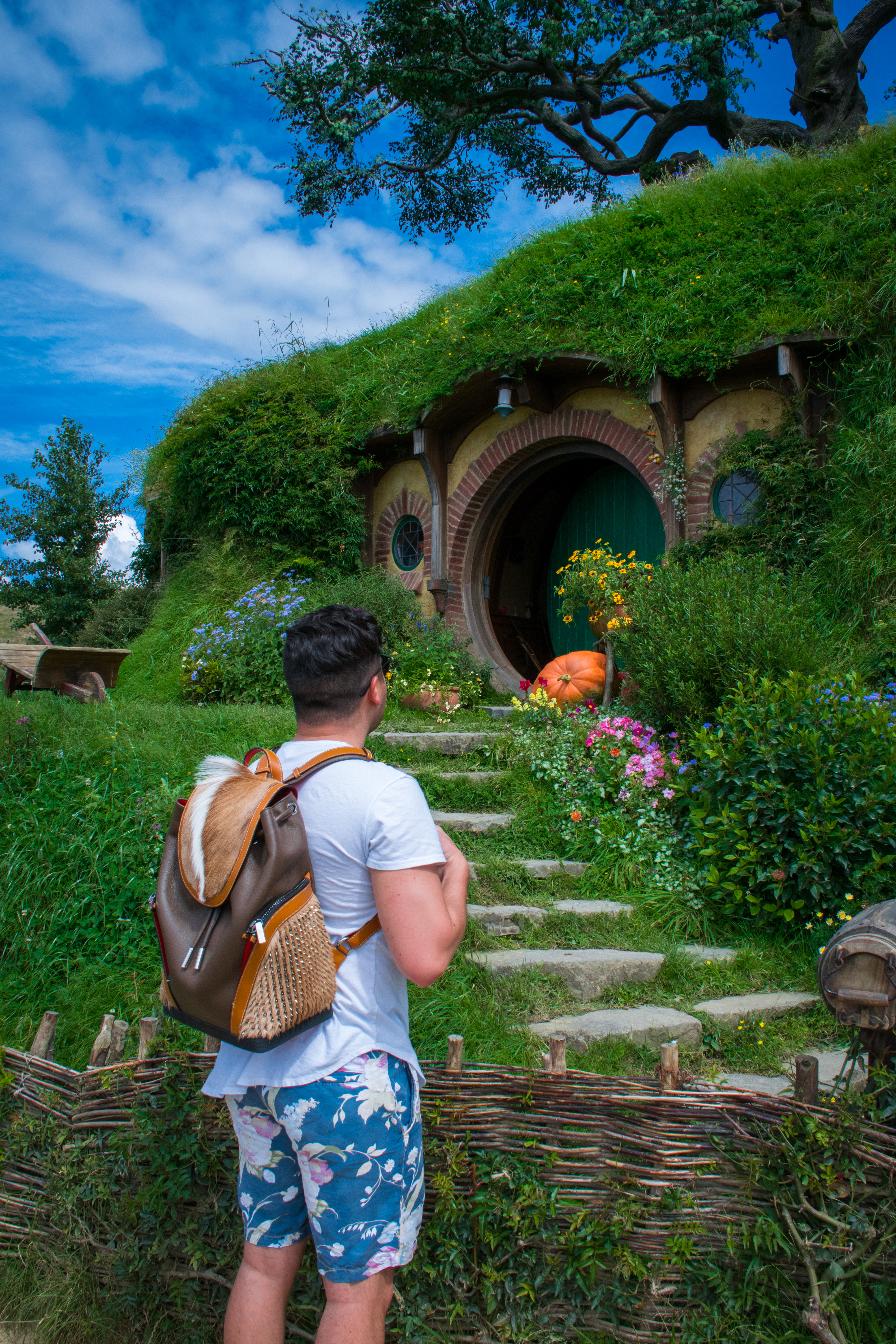 Chefchaouen, also known as Chaouen or Xauen is a small town located in northwestern Morocco, near Tetuan. It is located between the Rif Mountains and is in the Tangier-Tetouan region. The city was founded on the site of a small Berber population in 1471. It was built on a valley. At the highest point, there are the Ras al-Ma springs. The center of the city is the square of Uta al-Hammam, where the fortress is located and a mosque with an octagonal base tower.

A well-preserved city. For centuries, Chefchaouen was considered a sacred city, so tourists were not allowed to enter. It is likely that for this reason, it has remained in such a good state that it still has its alterations practically negligible.

According to historians, the reason for the blue walls seems to come from the Jewish refugees who settled in the place in 1930 and the intention to decorate the facades in such a way symbolizes the blue sky that alludes to the abstract concept of freedom.

Once you get to this magical place you can take stunning photographs that will enhance the beauty of the contrasts between the blue of the city and any other element. The buildings of the city are an architectural combination with Arabic, Hispanic and Jewish elements that together constitute particular works worthy of being photographed.

Much of the doors of the houses and shops of this magnificent place are decorated in blue tones to harmonize the environment. The neighbors usually hang pots with plants on the facades of their houses, which produce a rich contrast with their blue color, thus achieving an unmatched optical effect.

Many of its residents claim that there are hardly any mosquitoes in their city at almost any time of the year and this seems to lie in the blue color of their facades that do not attract these insects at all.

This magical place is well worth the effort, but the medina is small, so spending one night in Chefchaouen is more than enough to see the town or even perhaps it will take around a few hours to get around the majority of it. 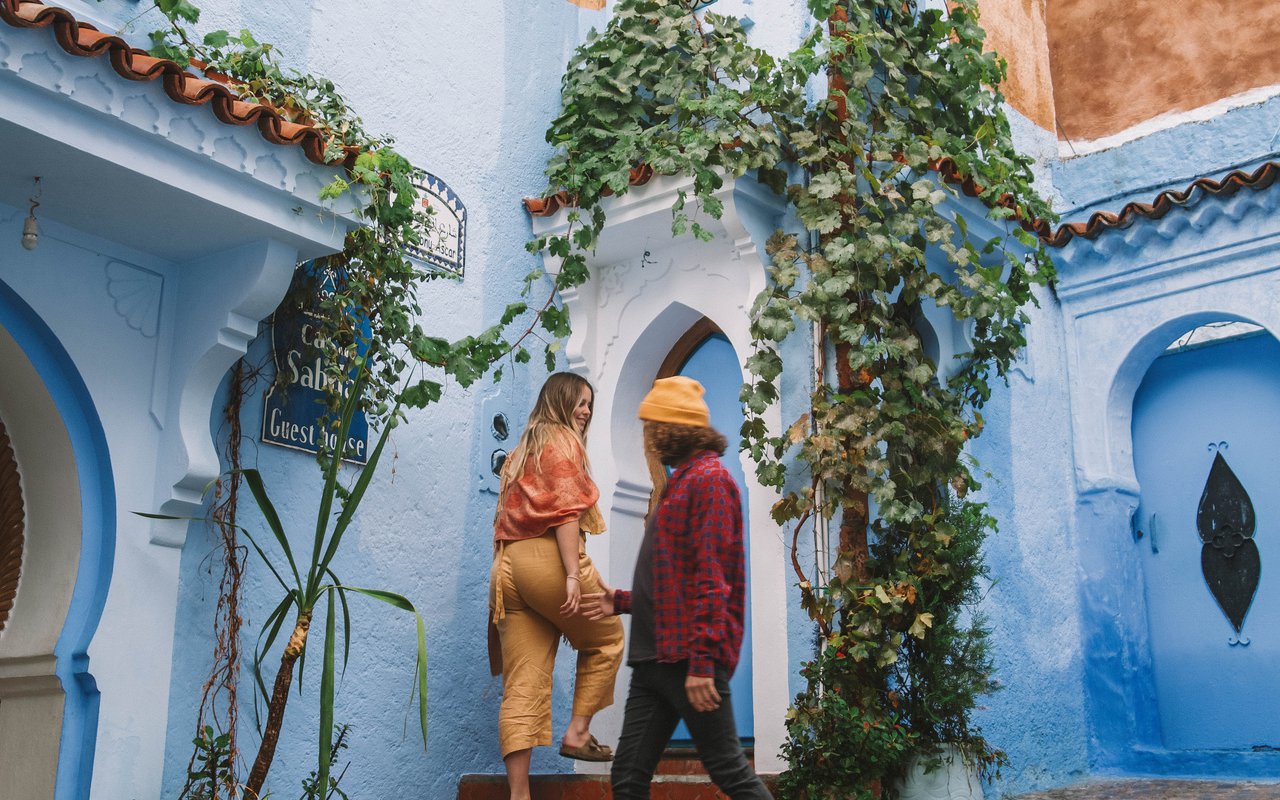 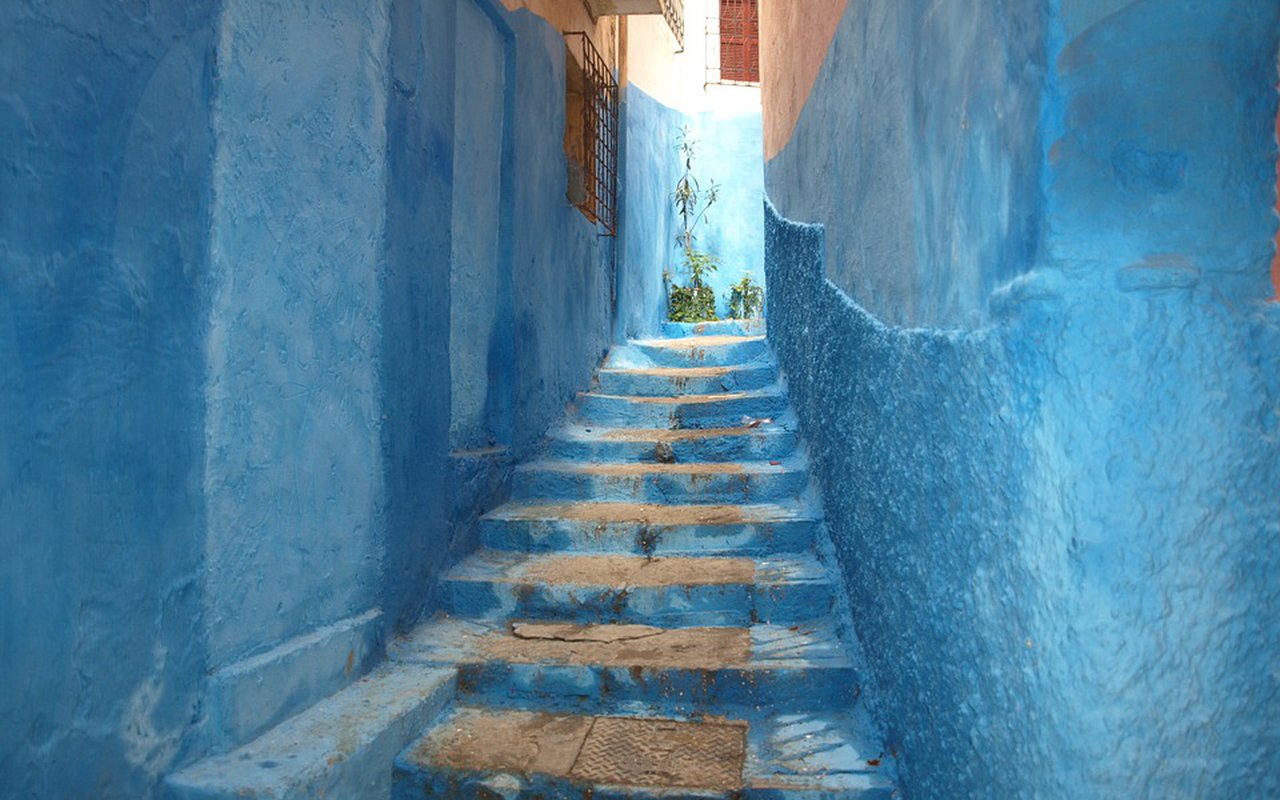 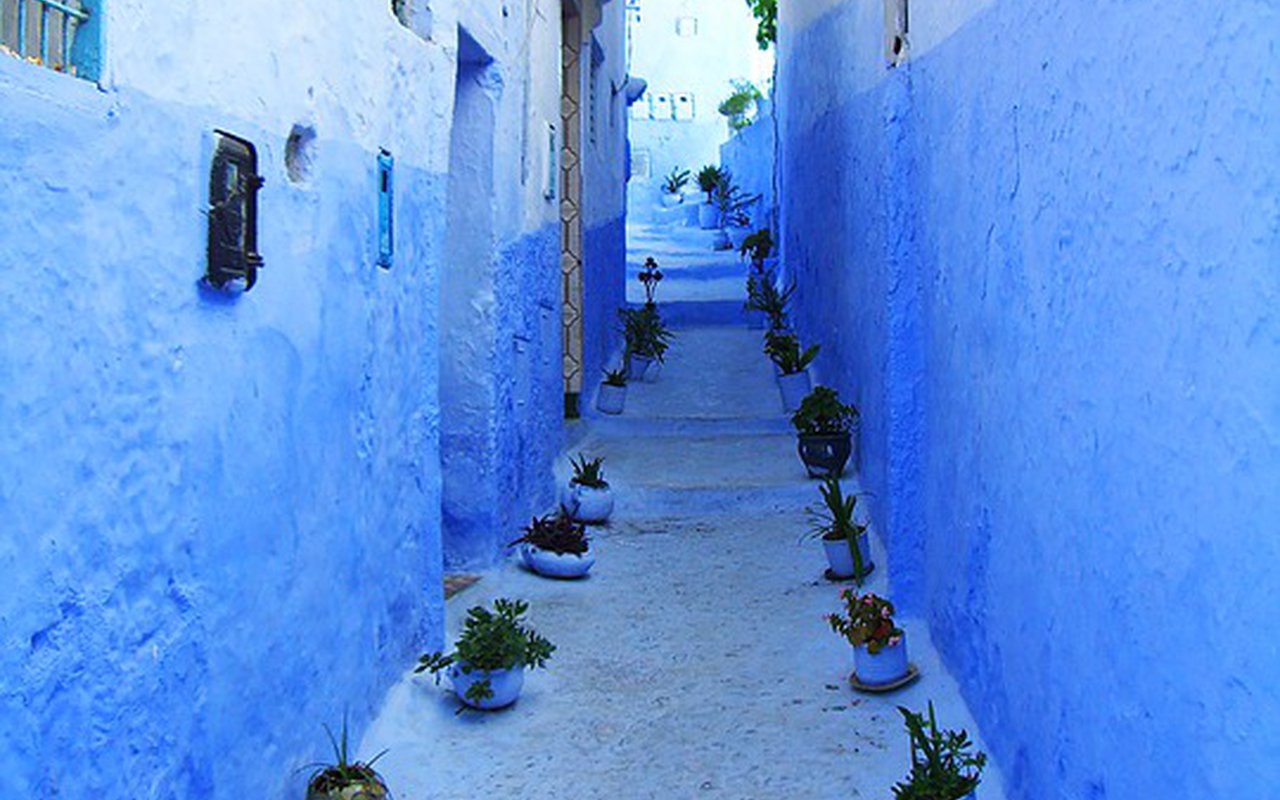 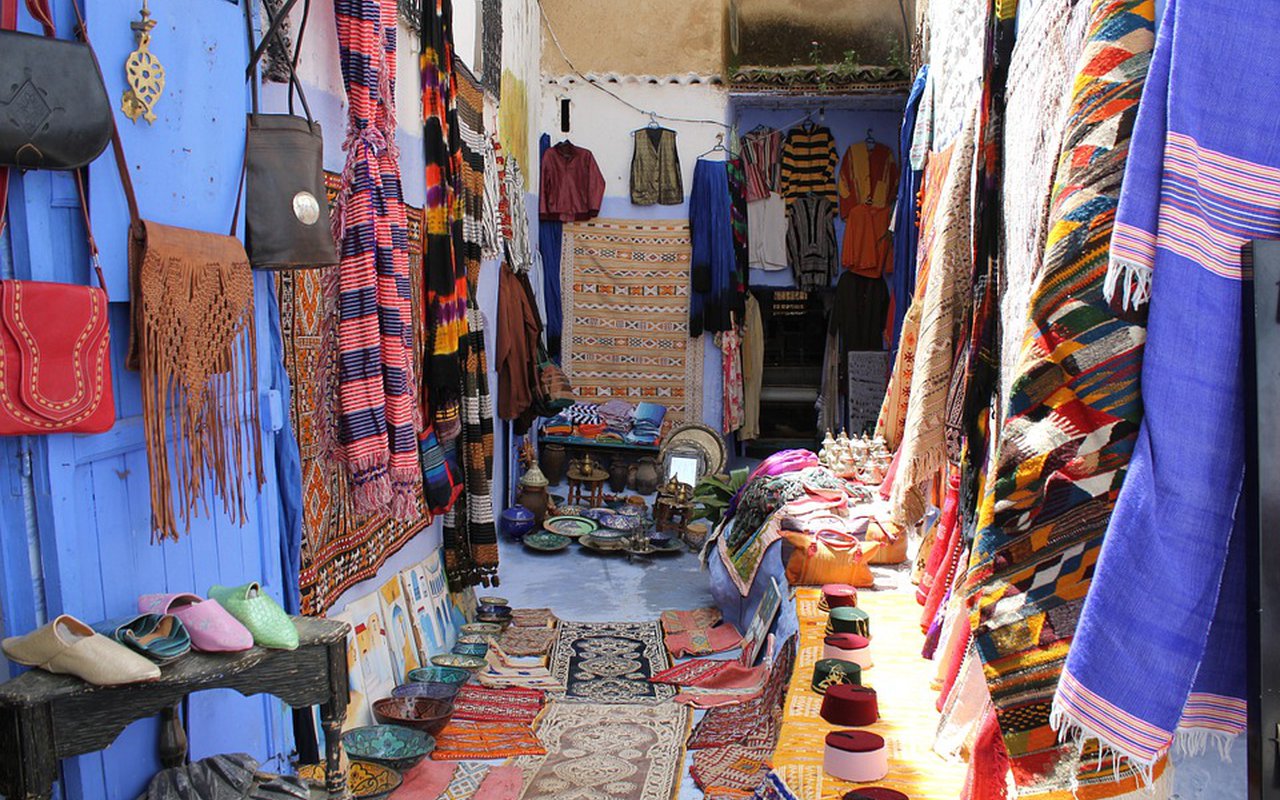 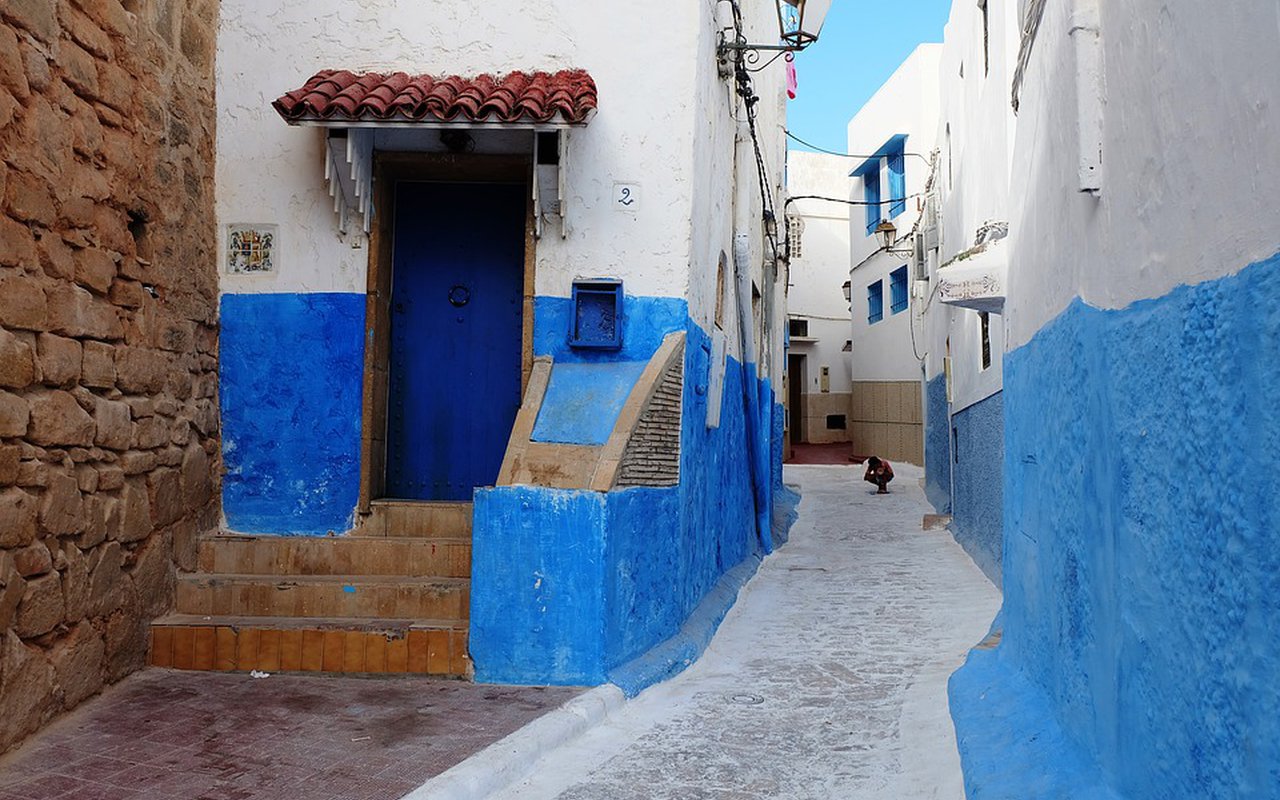