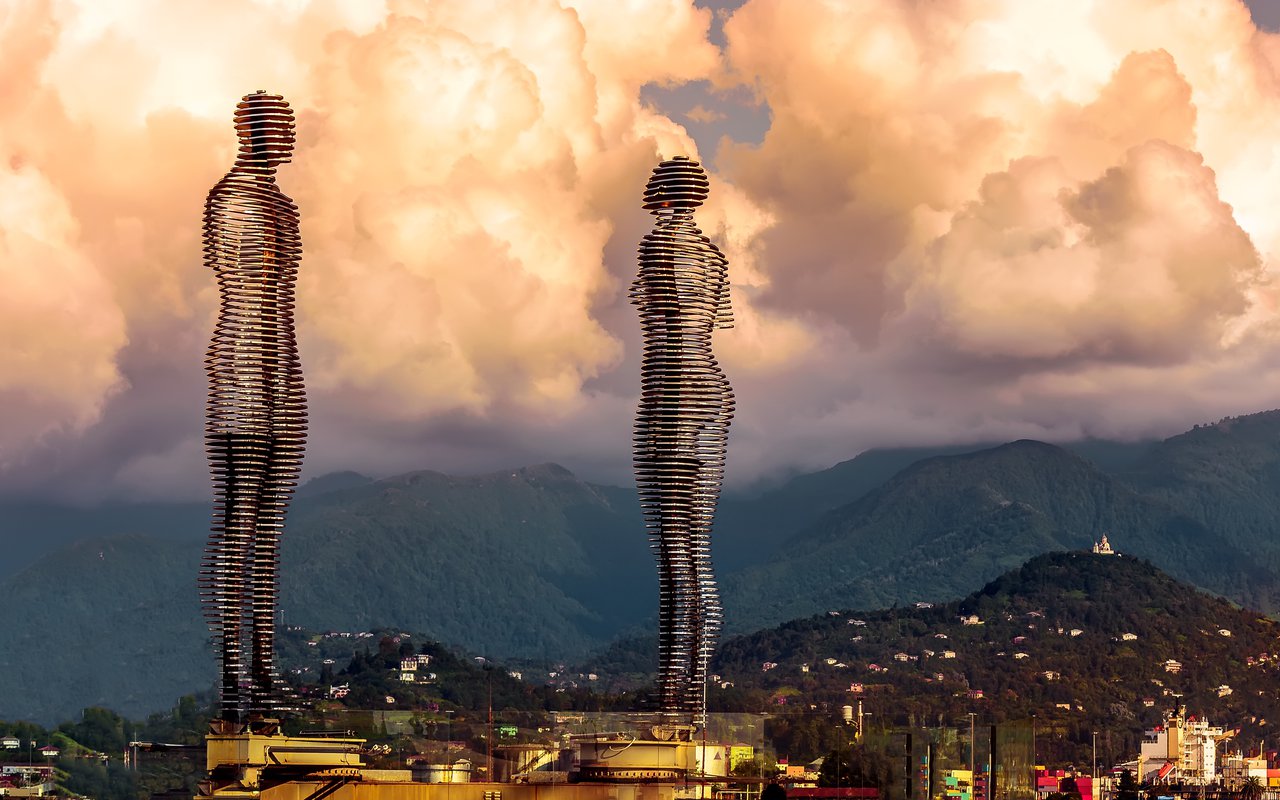 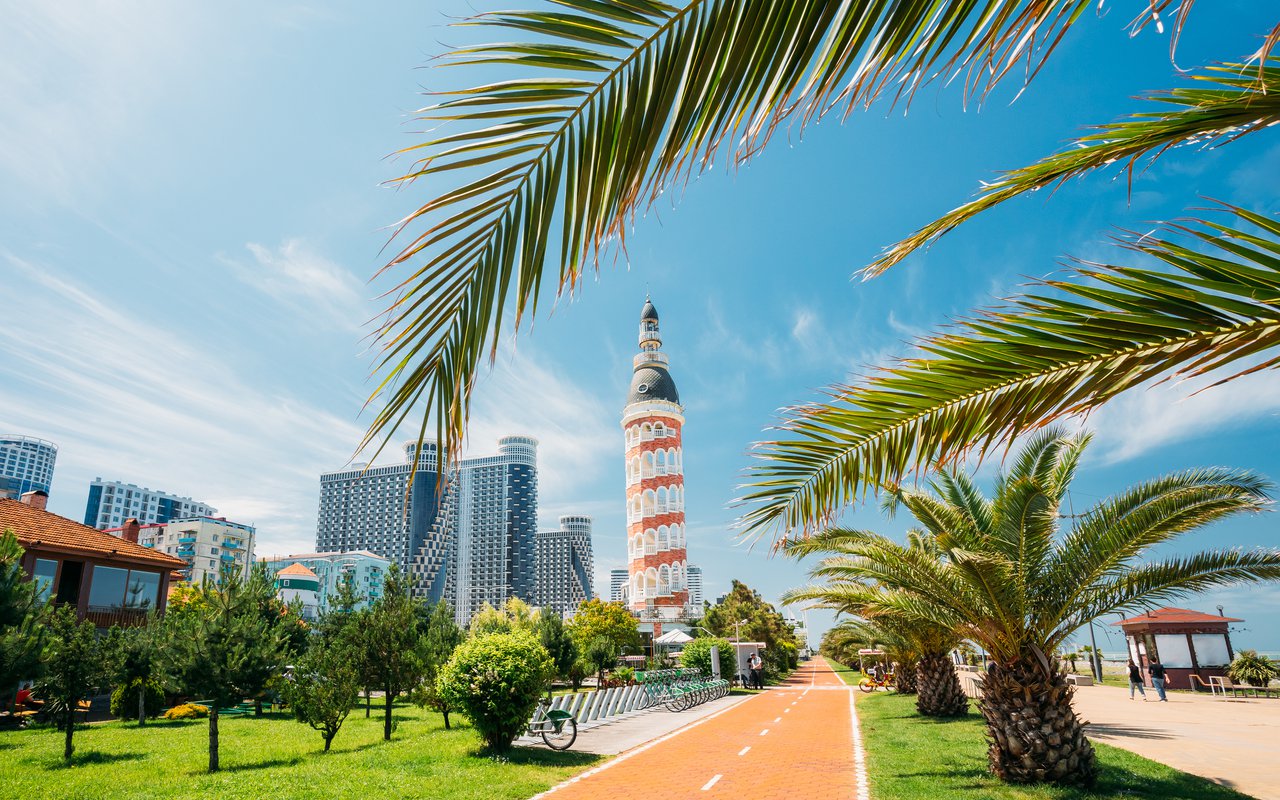 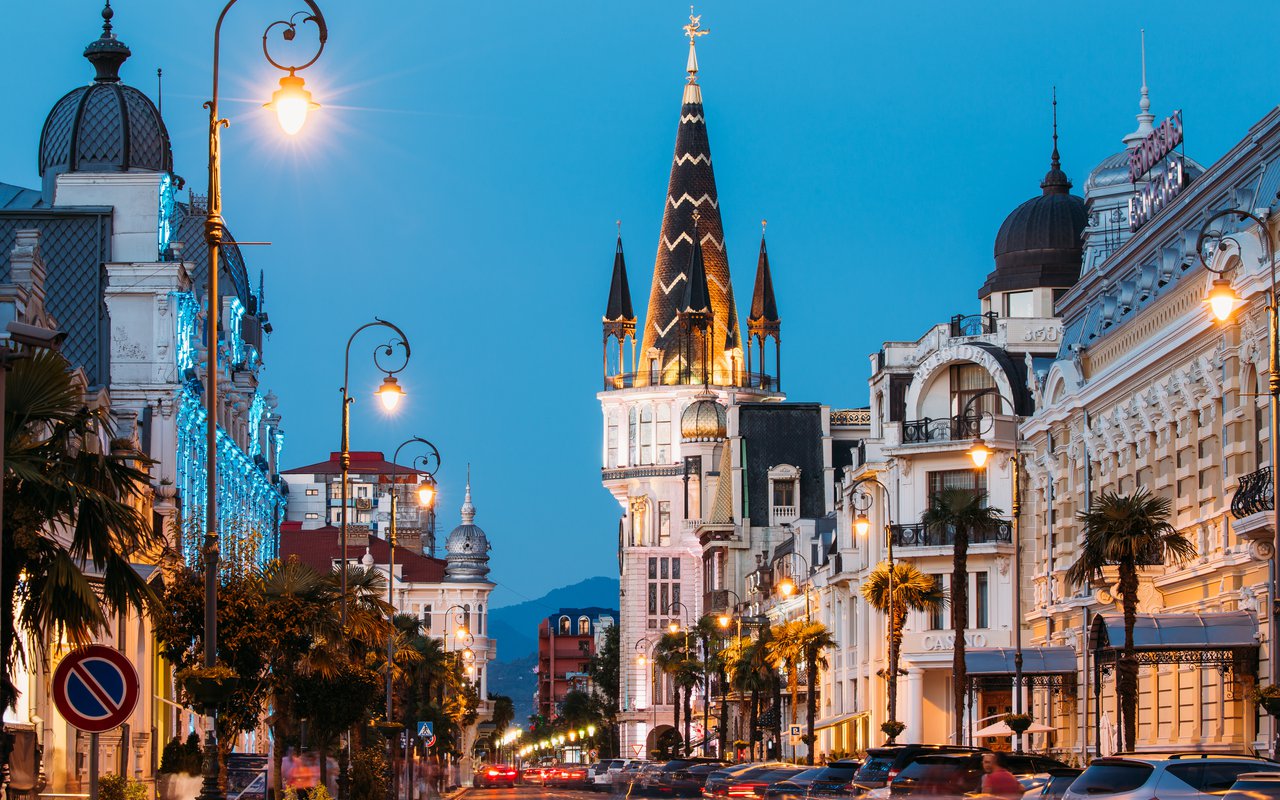 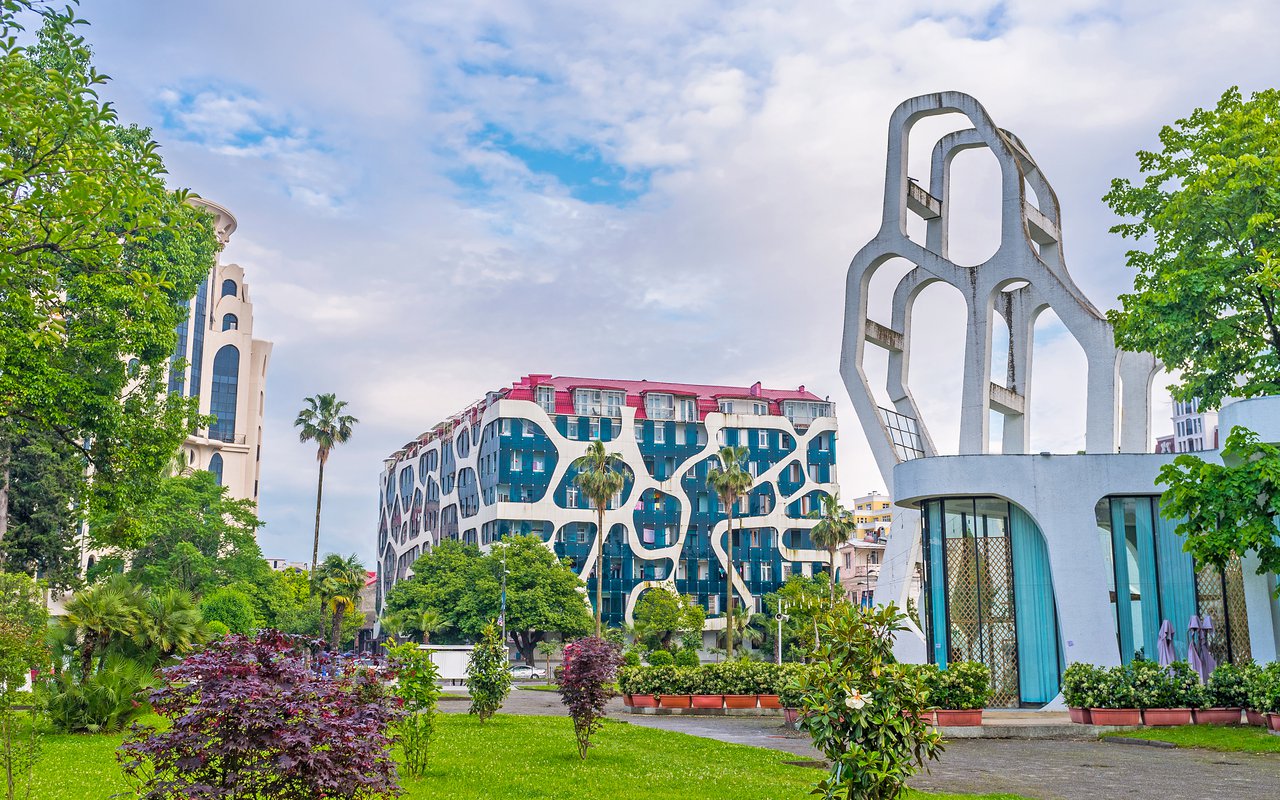 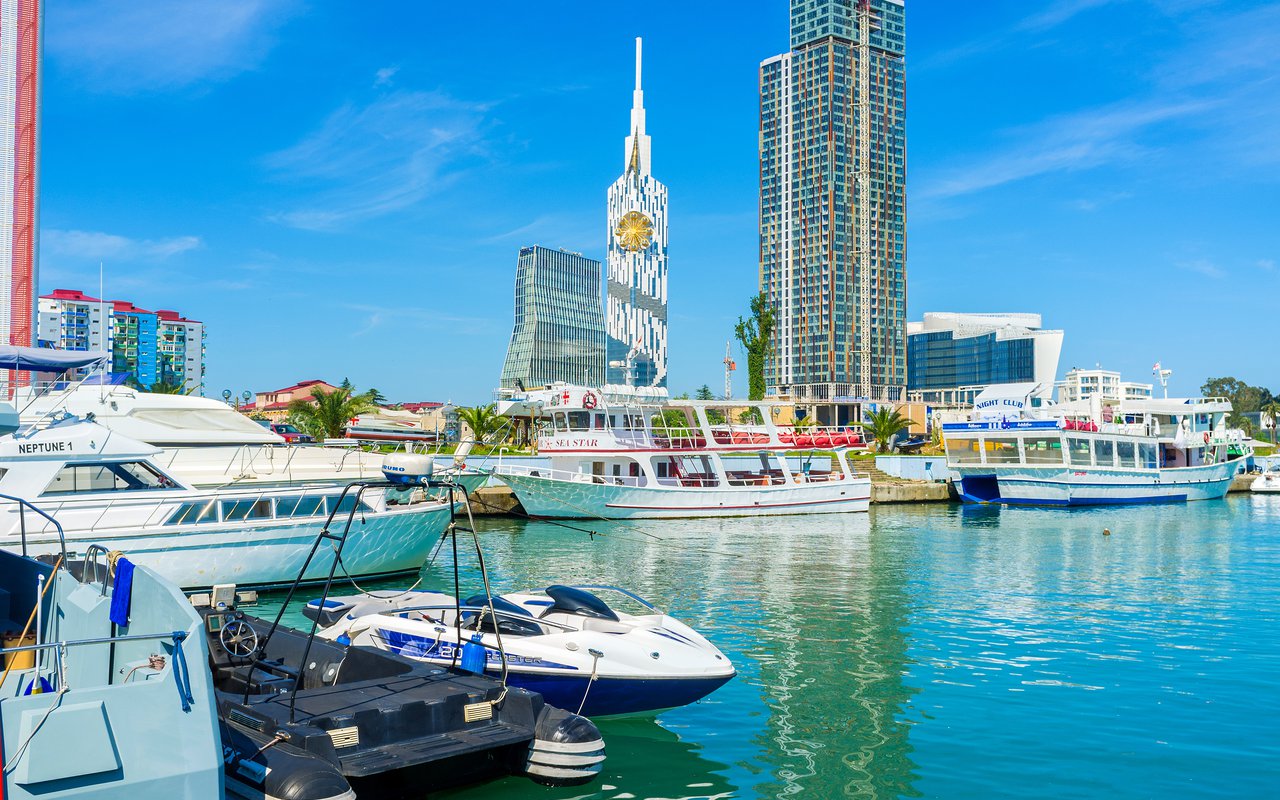 Palm trees, subtropical weather, modern high-rise buildings, lively nightlife and casinos, a lot of casinos! You’ll find this and a lot more in Batumi, the second-largest city of Georgia and the capital of the Autonomous Republic of Ajara.

The privileged position of Batumi in the Black Sea coast allowed the city to become one of the main ports of the Soviet Union and the most important of Georgia after its independence in 1991. The boats brought goods from all over the world but also ideas that have profoundly influenced the architectural style of the city.

You’ll be fascinated by the unique and eclectic old town center! Europe Square in the heart of Batumi is surrounded by peculiar buildings like the Astronomic clock tower or the apartments blocks, the remnants of the Soviet past of the city.

From there you can see Batumi Tower, the tallest structure in Georgia, which has a golden Ferris wheel on it. Two blocks away, by the seaside there’s the Alphabetic Tower —the 130-meter-high monument with the 33 Georgian letters arranged in a DNA helix pattern — , the huge Panoramic Wheel and my favourite: the “Ali and Nino sculpture”, a moving steel statue of the protagonists of Kurban Said’s novel about the impossible love story between a Georgian Christian princess and a Muslim Azerbaijani lad.

You can feel the European air of the city in Piazza, an Italian-style square with a colorful central mosaic where locals gather to have a coffee and if you go to the intersection of Khulo and Kutaisi streets you’ll realize how close to Turkey you are

when you visit Ortajame Mosque, erected in 1886 by the Muslim community of Batumi. Summer is peak travel season so if you prefer to enjoy a quiet walk in the Seaside Park or in Batumi Botanical Garden, is better to go in autumn or spring. The only bad thing is the pebbly coastline, that’s why locals go to sunbathe to Sarpi, a beach near the Turkish border or to Kobuleti, 30 km north of Batumi.