City of the Dead Dargavs 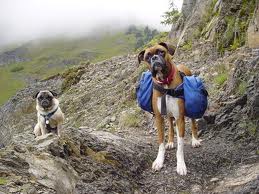 Dargavs is a settlement in Prigorodny District of the Republic of North Ossetia–Alania, Russia, located on the Gizeldon River. The people of the nearby village used to bury their dead family and loved ones, often in small wooden "boats" as found by archaeological discoveries. Though there are no navigable rivers nearby the village, it is thought they did this as it was thought that the soul of the dead one had to cross a wide river after death. The dead would be buried with some of their belongings.

It is said that when there would be plagues that wiped out entire families some sick, with no one to bury them, would go into their family crypts and await their death.The crypts that are more sparsely placed are common crypts where people would be buried if there were no one to bury themor if they were not from the village.There are found many coins in the ground by the complex as Ossetians would throw a coin from the hill for a dead family member and if the coin hit stone it meant that the soul of the dead one had reached heaven. This could also be done in the small wells that are in front of every crypt. 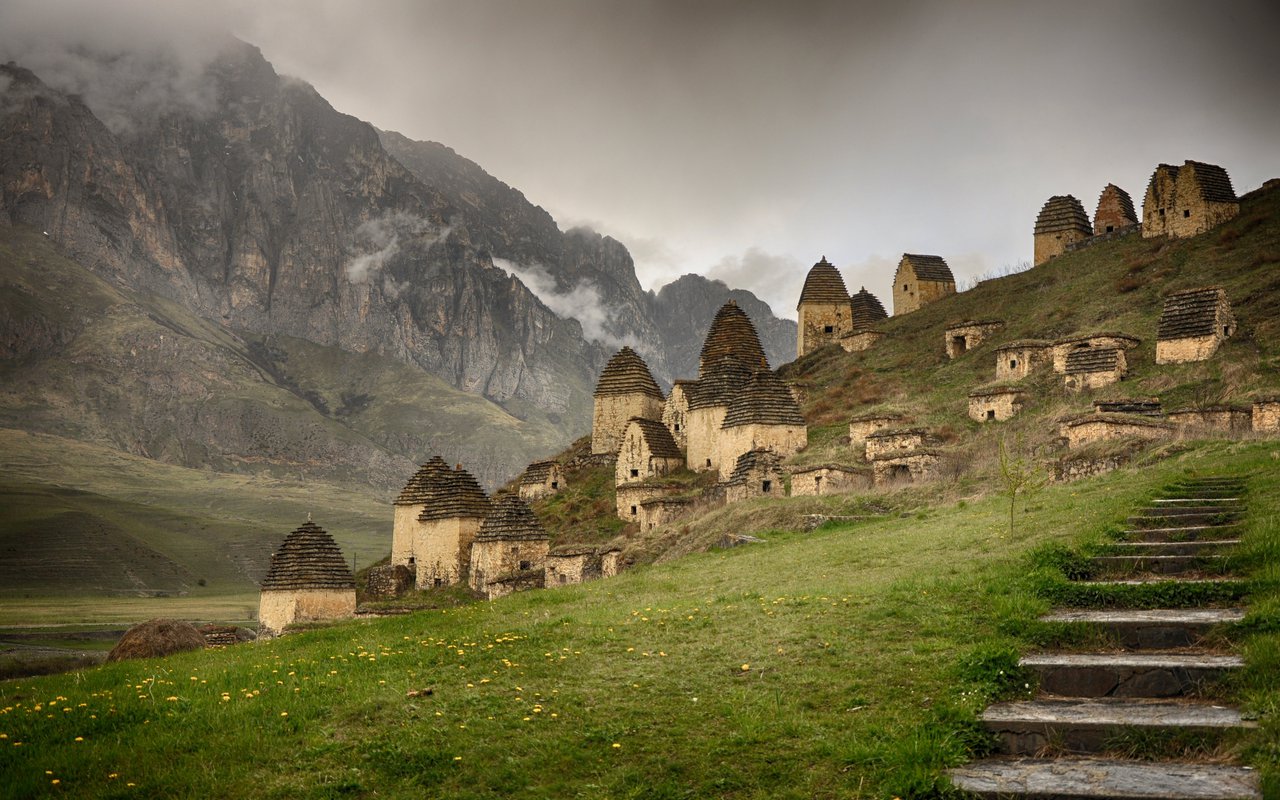 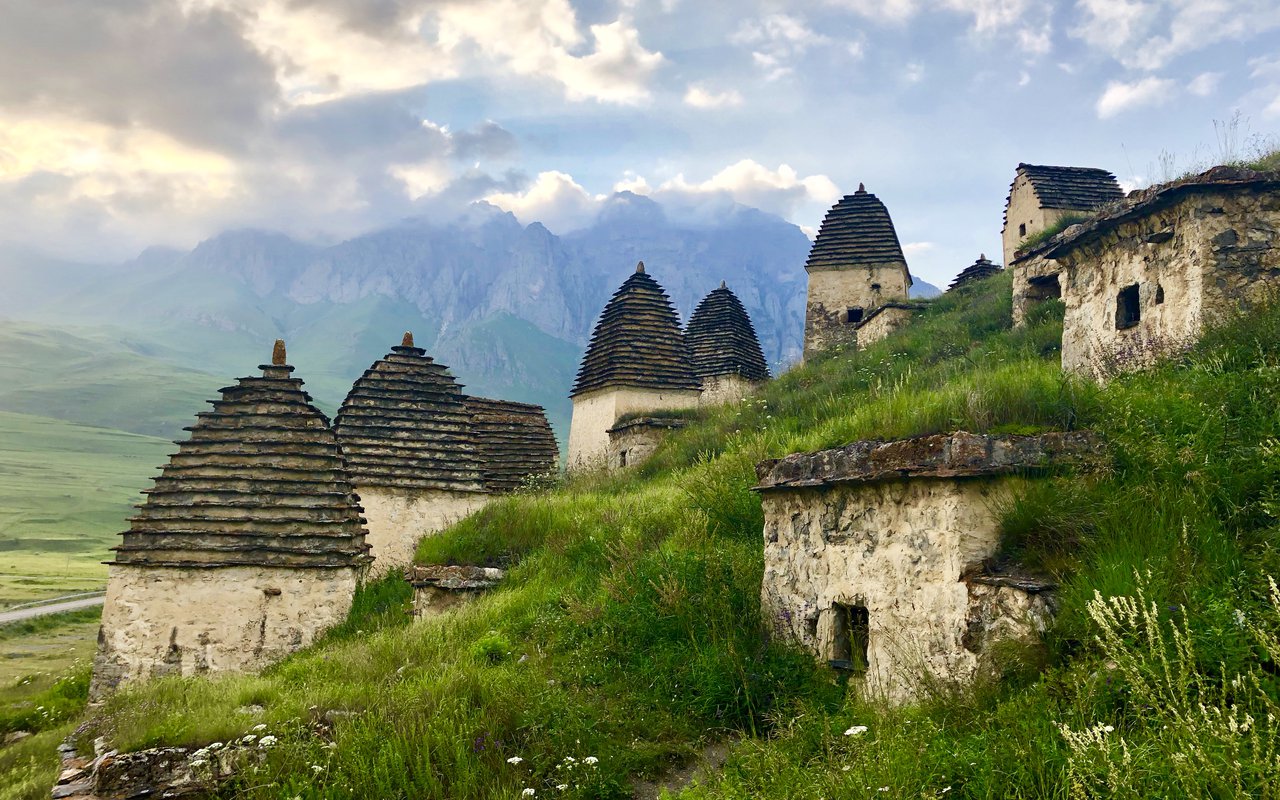 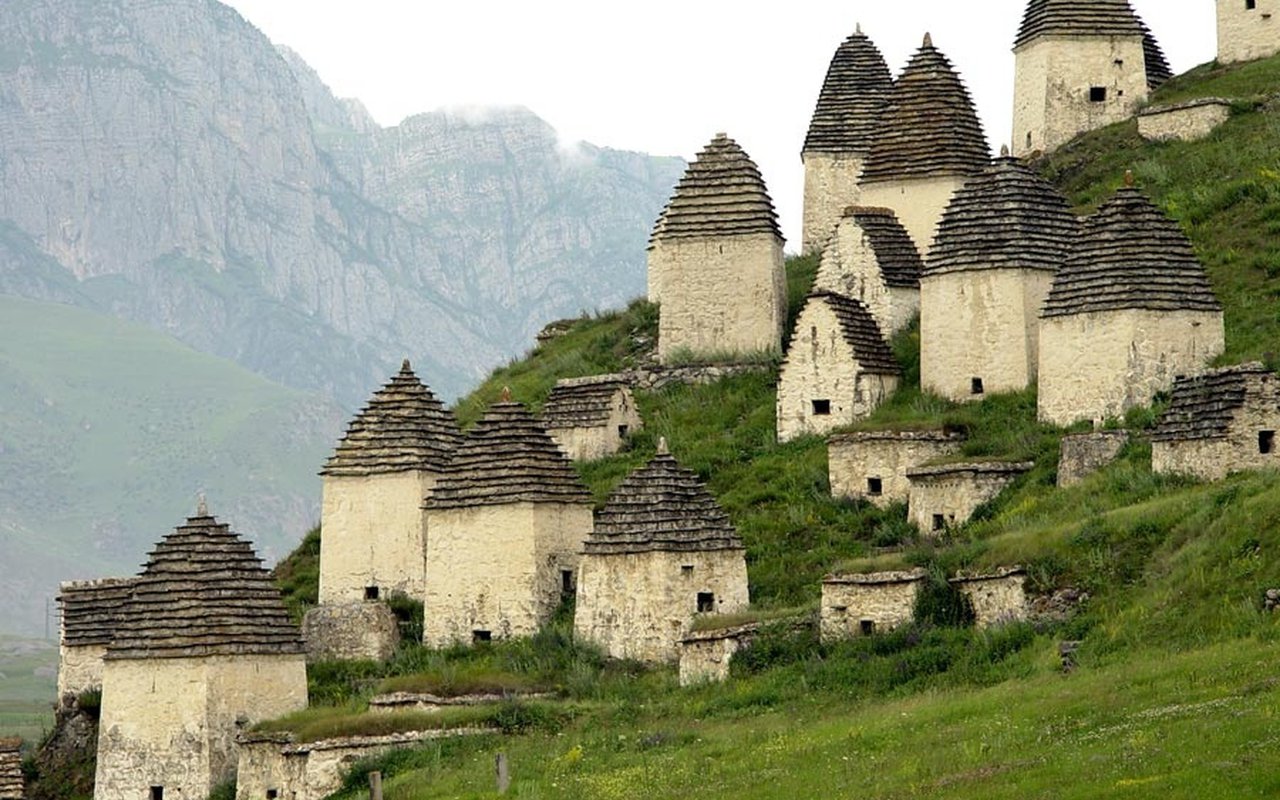