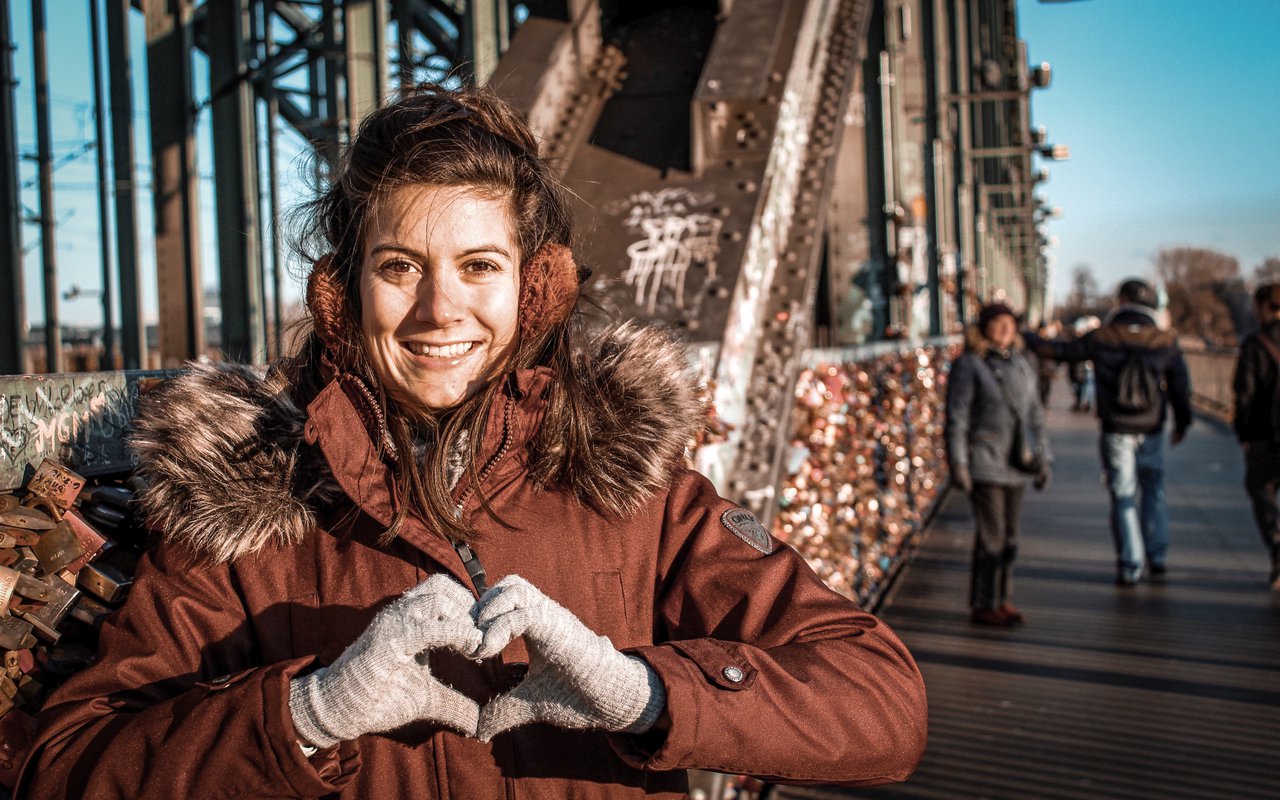 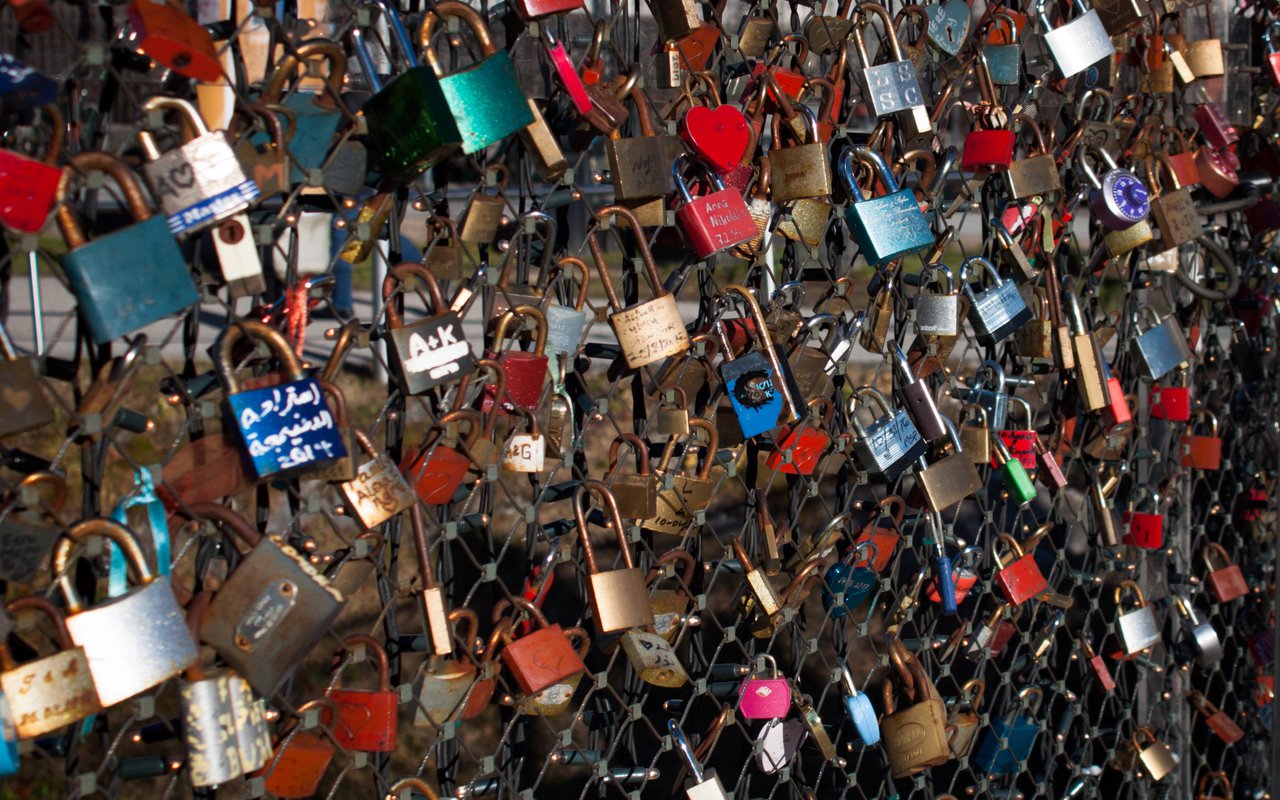 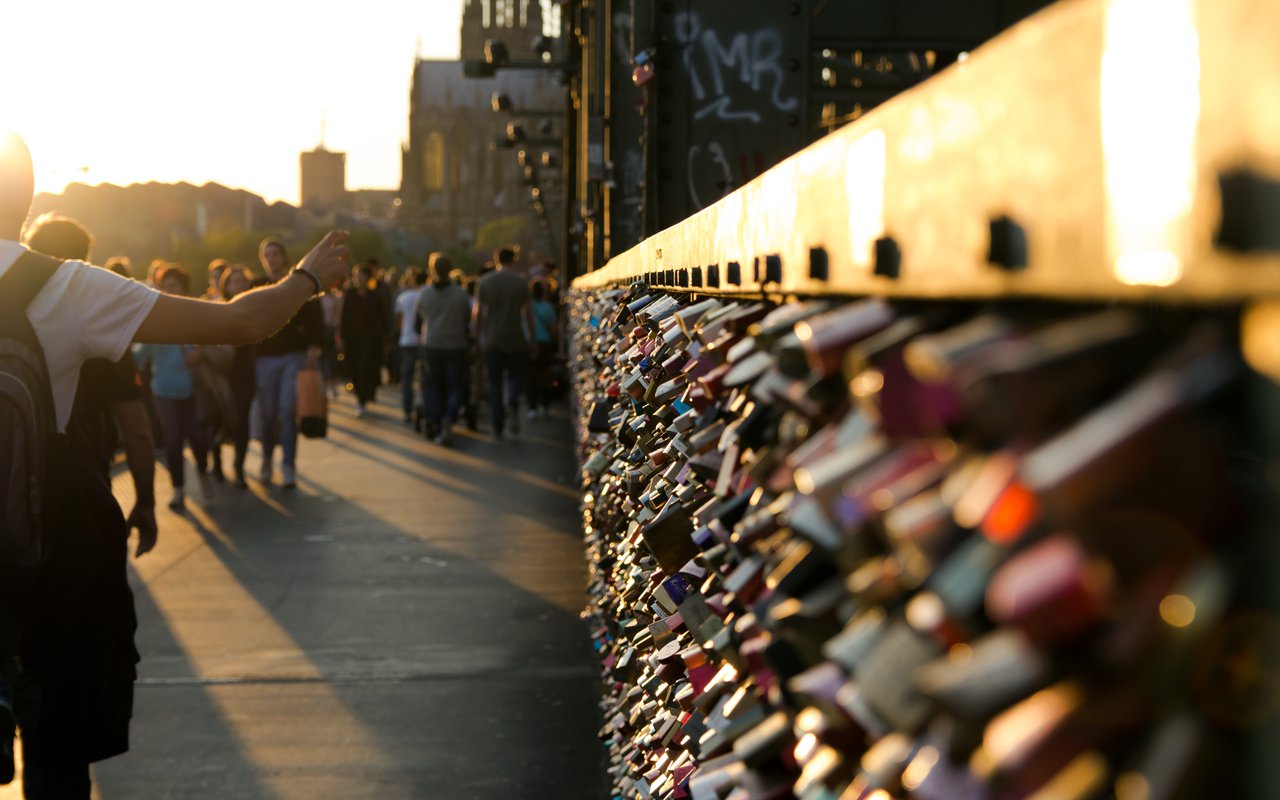 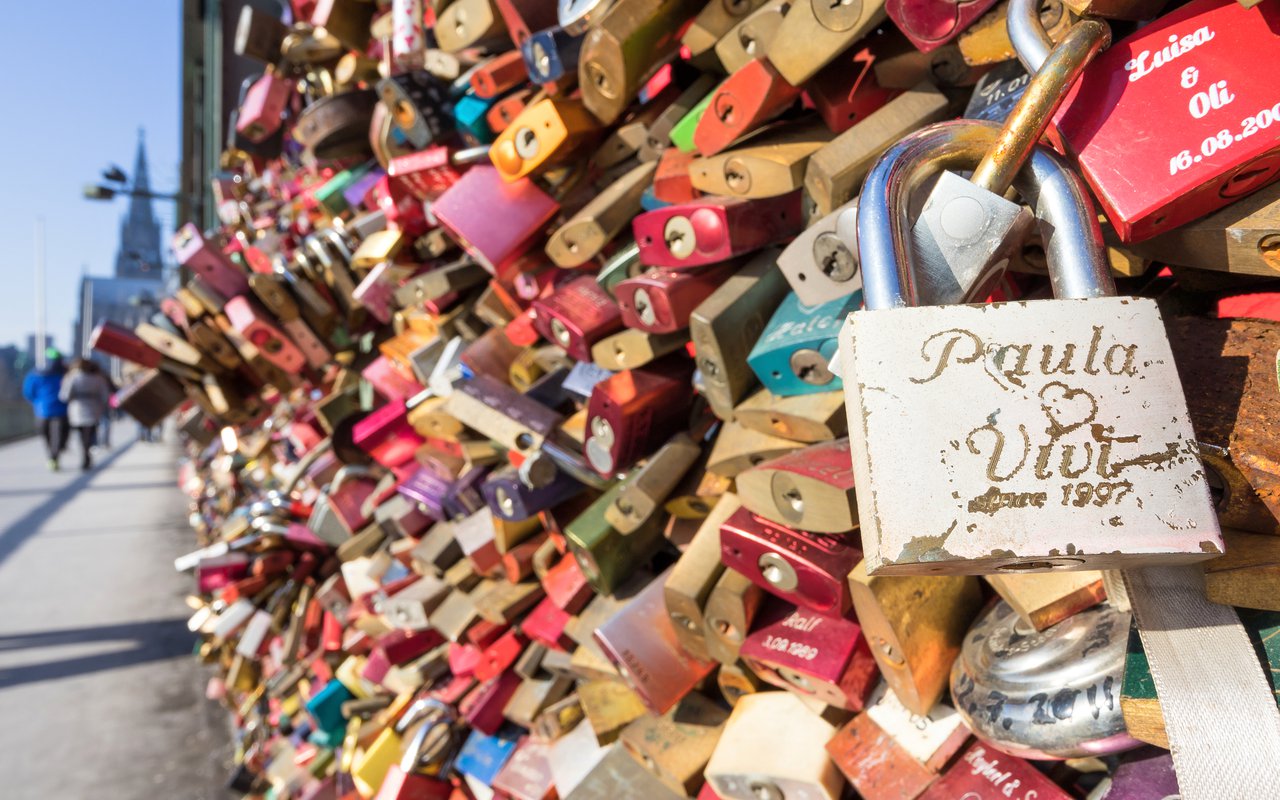 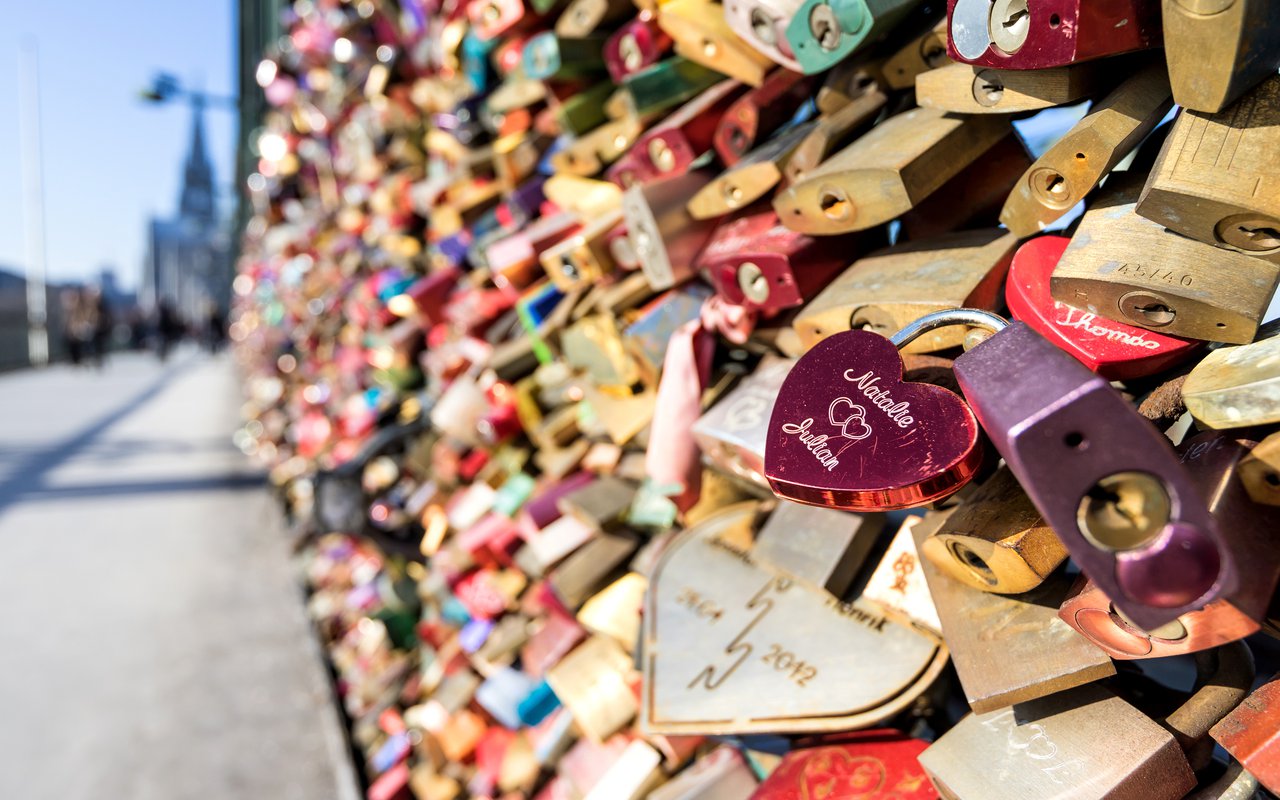 Cologne’s Love Lock Bridge also called Hohenzollern Bridge is one such beautiful yet mysterical place in Germany. This bridge was constructed in 1907-19011.

There are Daily trains from all over Europe to Cologne. Cologne is served by two stations. The main one is Koln Hauptbahnhof and is well connected with Amsterdam. Berlin, Paris, Brussels, and Hamburg are some other cities closely connected to cologne by trains.  If the travel is by air, Cologne Bonn airport is an international airport. It also has an international bus station named Busbahnhof at Breslauer Platz.

The tradition is that couples who tie a lock in the name of their love, tend to publicly honor their love and eternally lock each other in this bond forever. This is basically a collection of locks created by individuals that can make anyone fall in love with the concept because now thousands of locks hang in there which are nicely decorated, inscribed or painted by them.

To our surprise, about 40 thousand padlocks hang on the bridge wall, which means 80 thousand individuals have taken part in this. It started in 2008 and since then has become a popular practice. But this practice has increased by about 2 tons of weight on the bridge, which has caused the local officials to think about how long can this practice go on. A happy couple, hopelessly enthralled by their own affection, brings an open padlock to the bridge, prepared to mark it with their names and lock it permanently into the collection.

One more practice, along with this is that key is dropped over the edge that trembles into the eternal waters of the Rhine, which symbolizes their everlasting nature of love. Now this concept has caught attention all over the world, and a similar thing can be seen in Paris, Edinburgh, Moscow, London and Leeds.