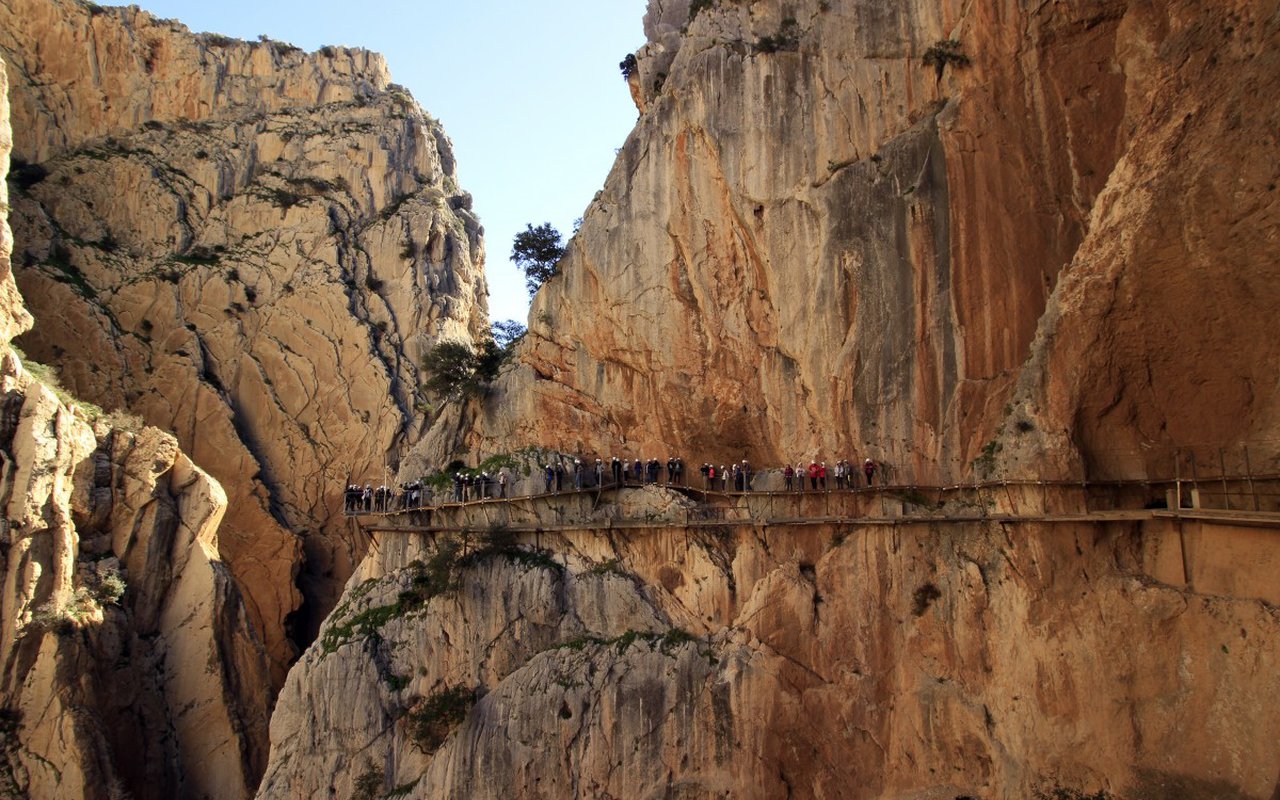 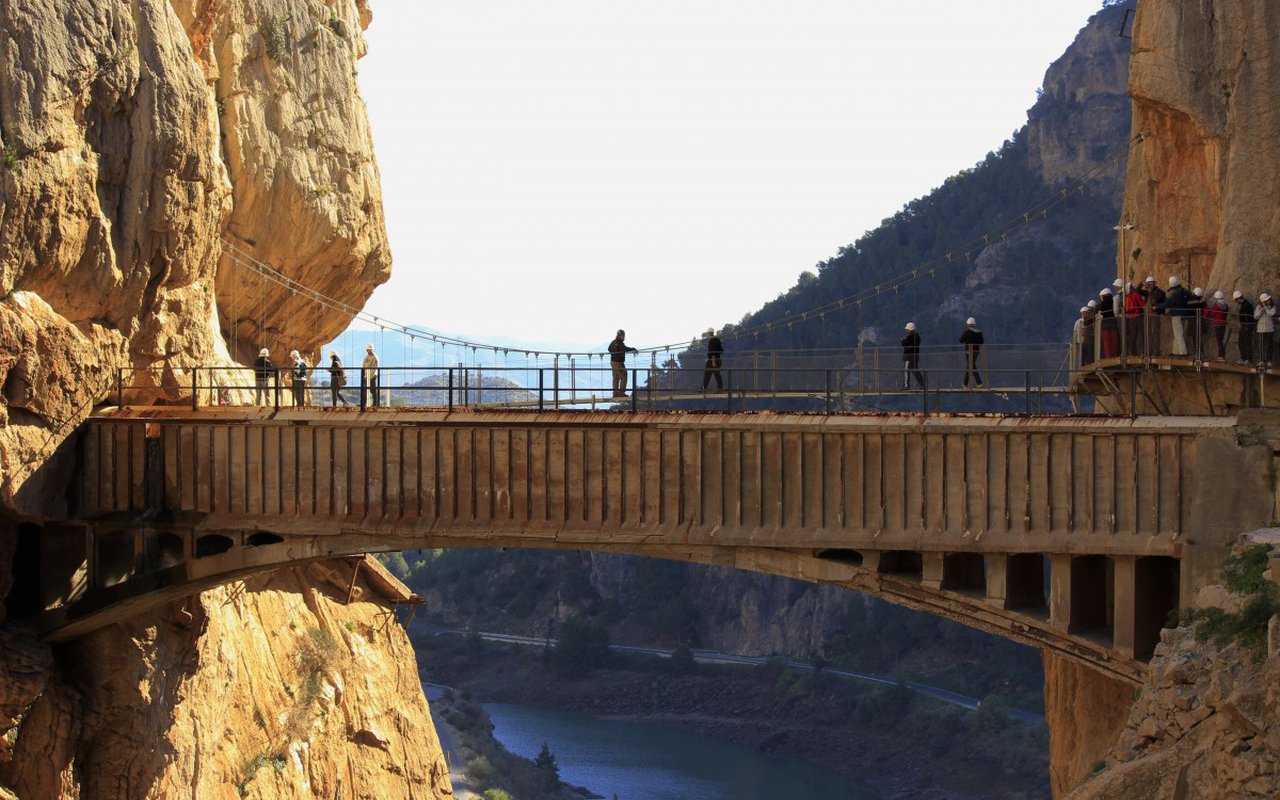 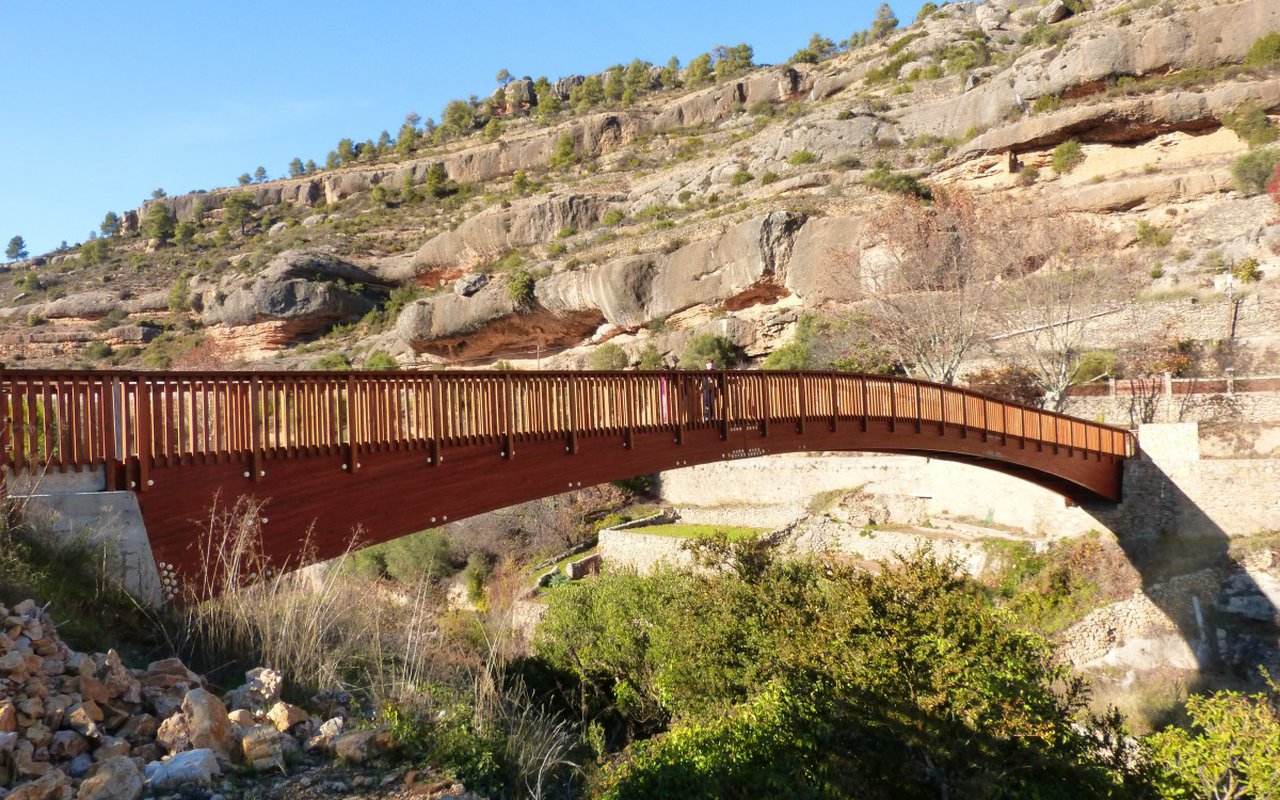 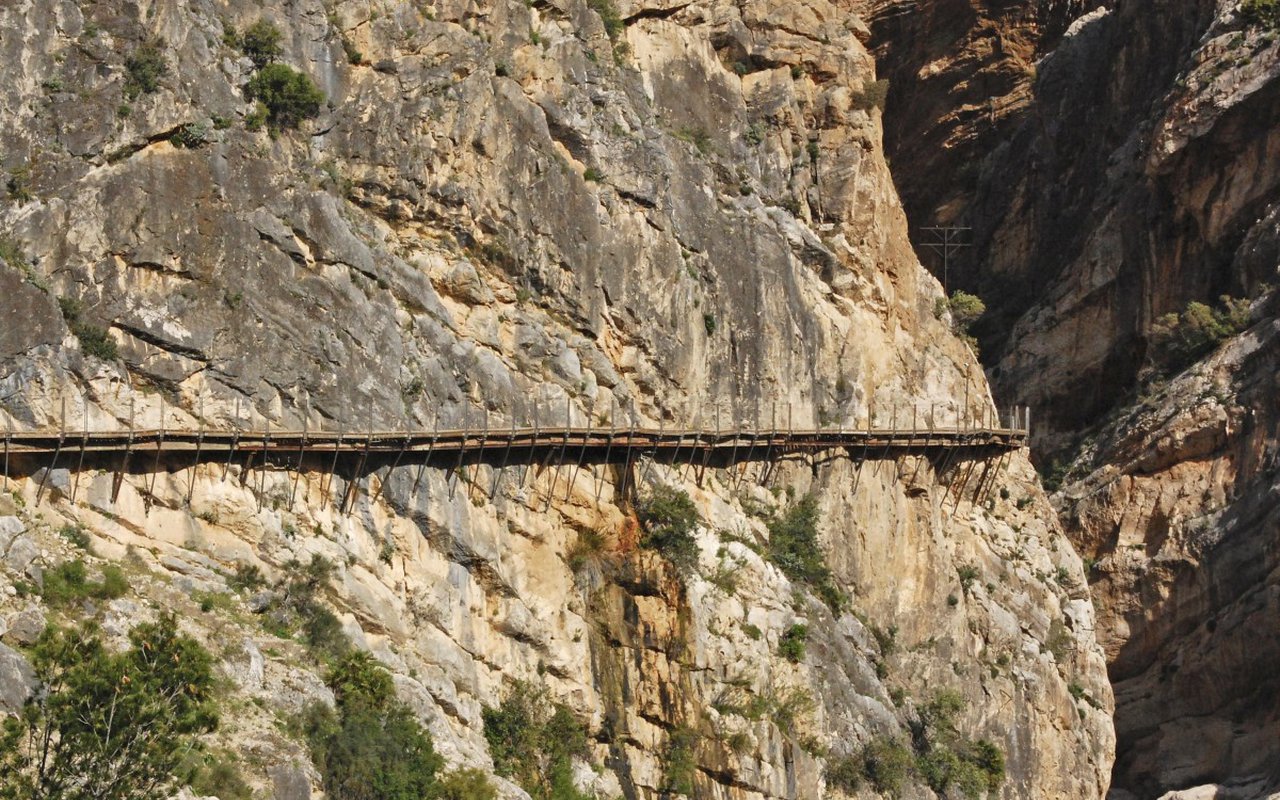 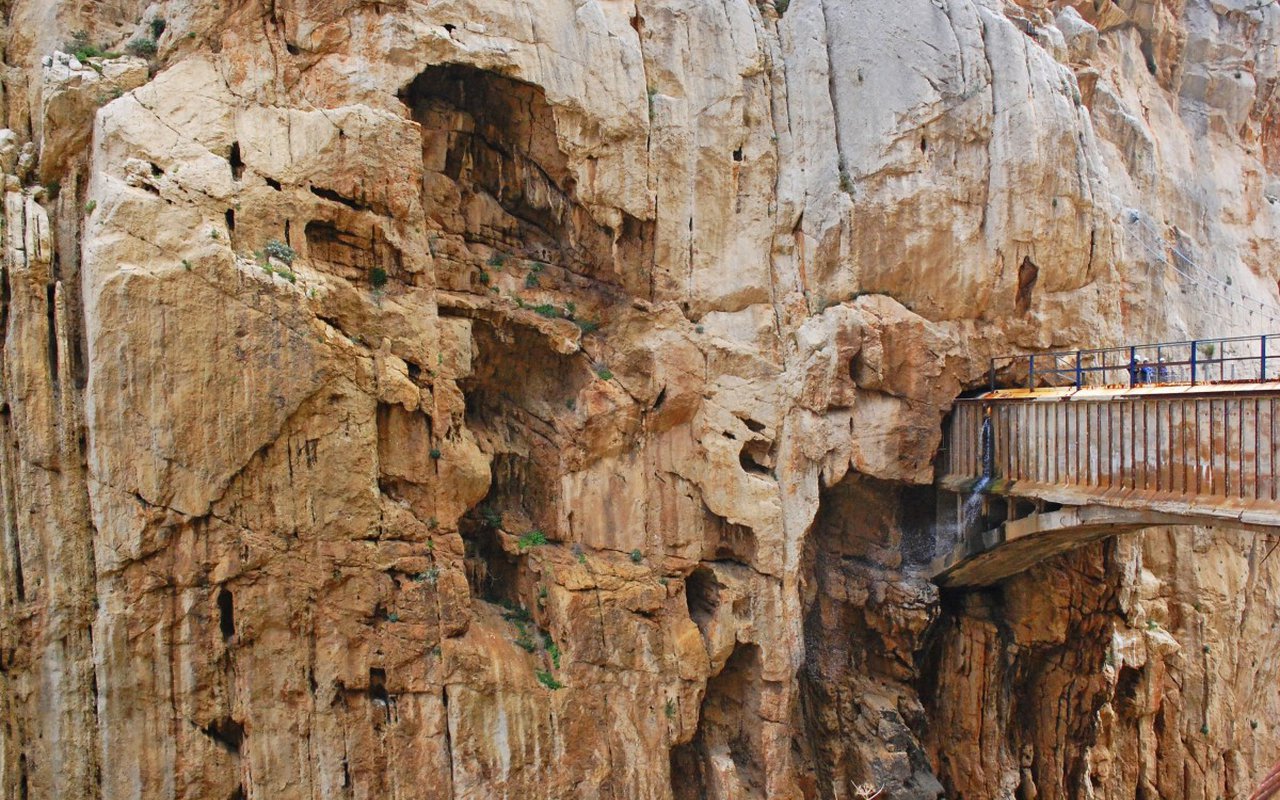 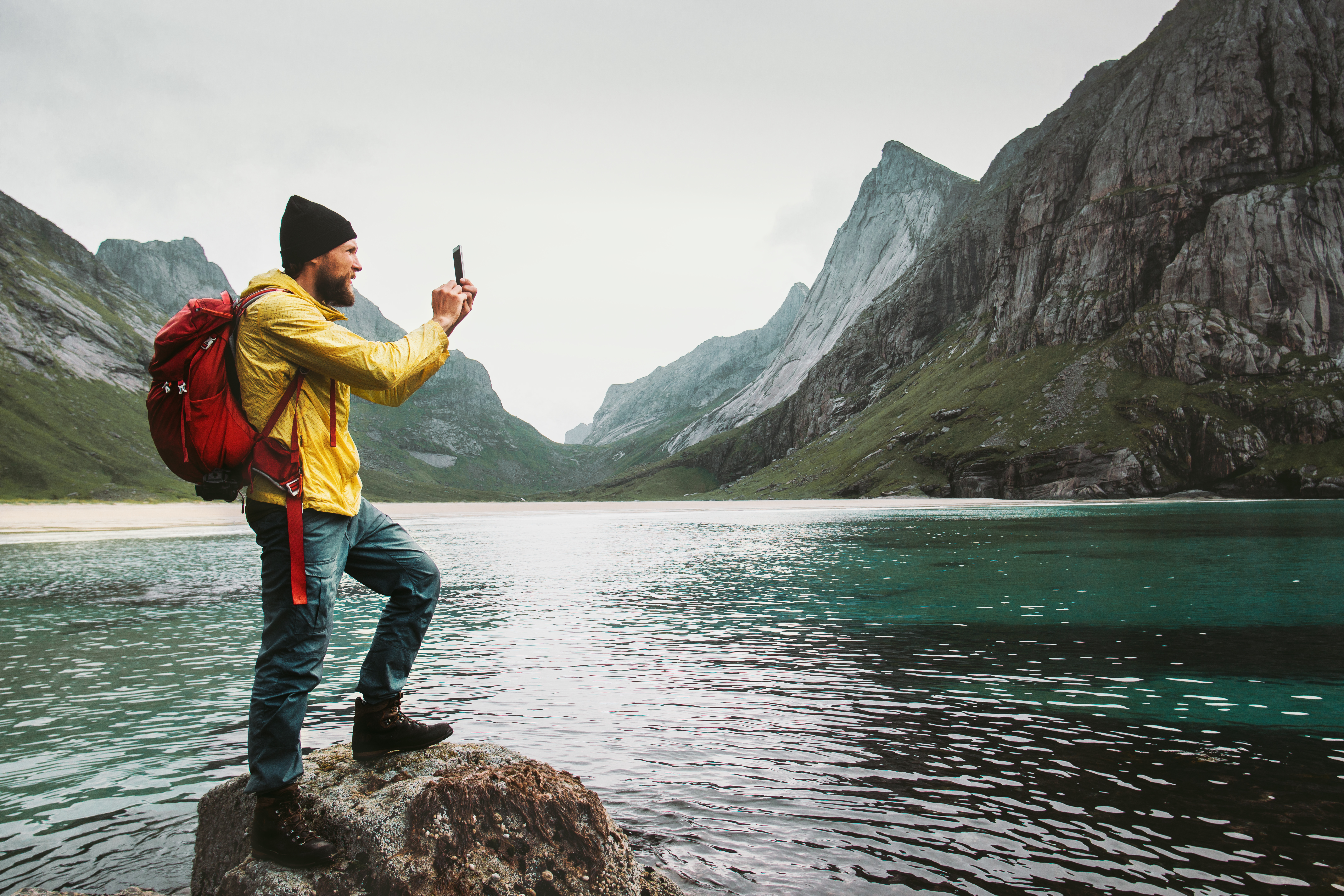 El Caminito del Rey is a walkway, pinned along the steep walls of a narrow gorge in El Chorro, near Ardales in the province of Málaga, Spain. The name derives from the original name of Camino del Rey, abbreviated locally to el caminito. You will need good shoes for the walk. And it is not for people with fear of hights. I wish I had brought a proper photo camera instead of just using the mobile for photos.

I recommend that you find a group who want guiding in the same language. The guides use small radios for communication, so you will be wearing a headset . I was in a Spanish-English group, and it was disturbing to listen to all the Spanish while waiting for the English version. Would have been better, and a more peaceful walk, if the guide could say everyone just once. The guides are good!