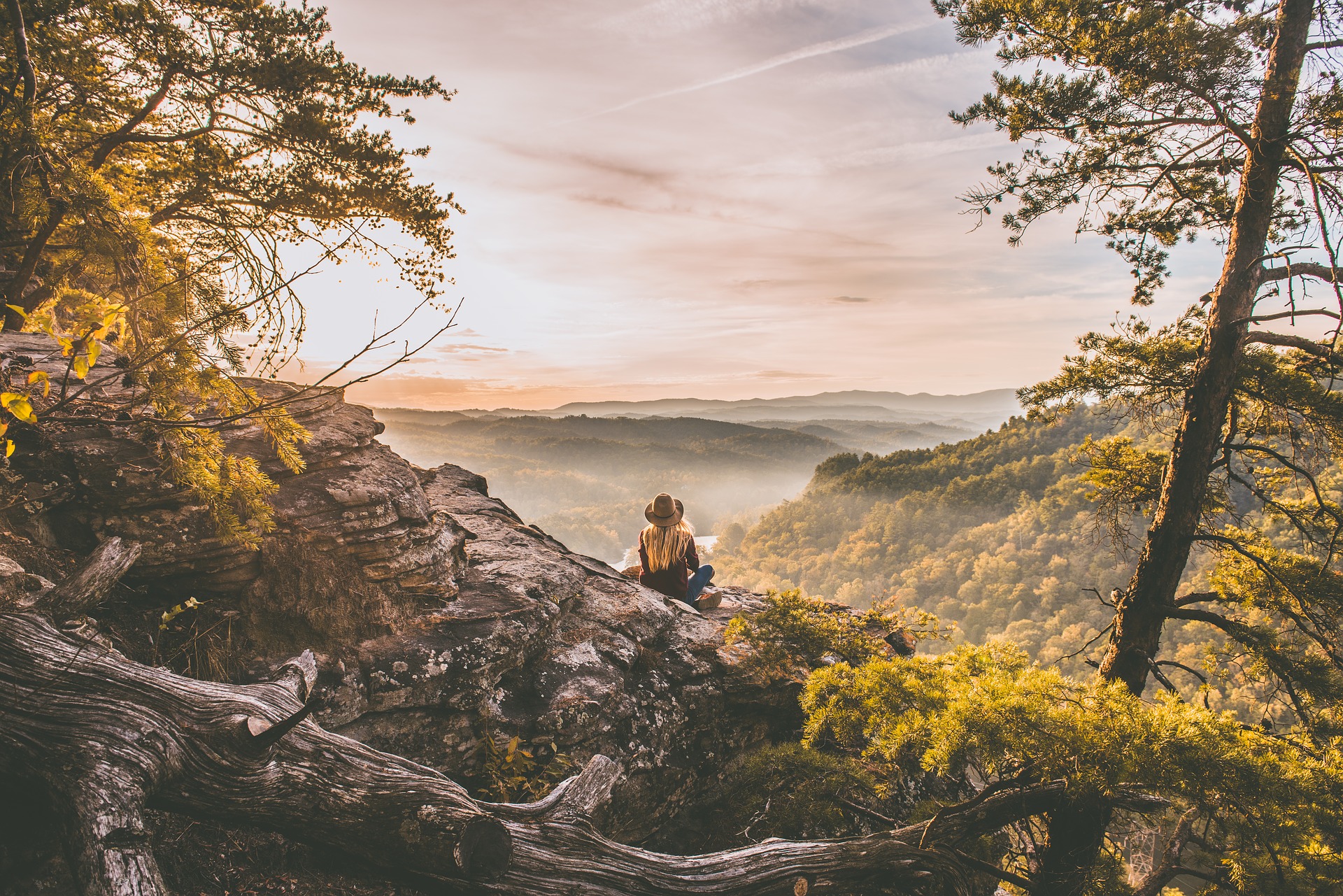 Starved Rock State Park having an area of 2,630 acres (1,064 ha) is a state park in the U.S state of Illinois, categorized by its canyons. It is known for its outcrops of St. Peter Sandstone which is typically buried, is exposed in this area due to an anticline, a convex fold in underlying strata. Hotel Plaza Site is another archaeological site in the park that is listed on the National Register of Historic Places. Above and beyond the five famous sites Hotel Plaza, Starved Rock, Corbin Farm, Shaky Shelter and Little Beaver there are several other sites of archaeological significance found within the park. Here are 21 open-air occupation sites within Starved Rock State Park. On the surfaces of the canyons and cliffs, where it is cooler, other plants are found, examples include: harebell, reindeer lichen, and mountain holly. A non-vascular plant, liverwort, Indian cucumber root, lady’s slipper orchid has also been found is also found on the sandstone surfaces throughout Starved Rock State Park.  Technically you’ll see waterfalls in 14 of the 18 canyons, some of the most scenic waterfalls are found in St. Louis, French, Wildcat, Tonty, Ottawa and Kaskaskia canyons. The freezing and melting that happens during this time of year creates amazing ice sculptures in the canyons as winter brings a whole new life to the canyons.

French Canyon is a mostly level trail through dense woods that begins off Bluff Trail – West near the lodge parking area and ends back on Bluff Trail - West near the Wildcat Canyon Overlook. While leading through a canopy of hickory, white, pine red oaks and red cedar, park trails track along the river's edge and across the top of the bluff line. Leading in and out of the canyon’s trails and stairways, you will experience a variety of waterfall viewpoints. Wavering in height from the 15 foot Kaskaskia Falls to the 125 foot Wildcat Falls, park favorites include St. Louis, Ottawa, Wildcat, Hennepin, La Salle, Tonty, Illinois and the French Canyon Falls. Hiking in and out of all the canyons and waterfalls is labeled as strenuous. Spring rains bring a mixed blessing to the park. Despite the fact waterfall fans are treated to full flowing falls, the parking lot occasionally turns into a pool. Muddy picnic grounds and hiking trails turn off all but the heartiest park-goers. 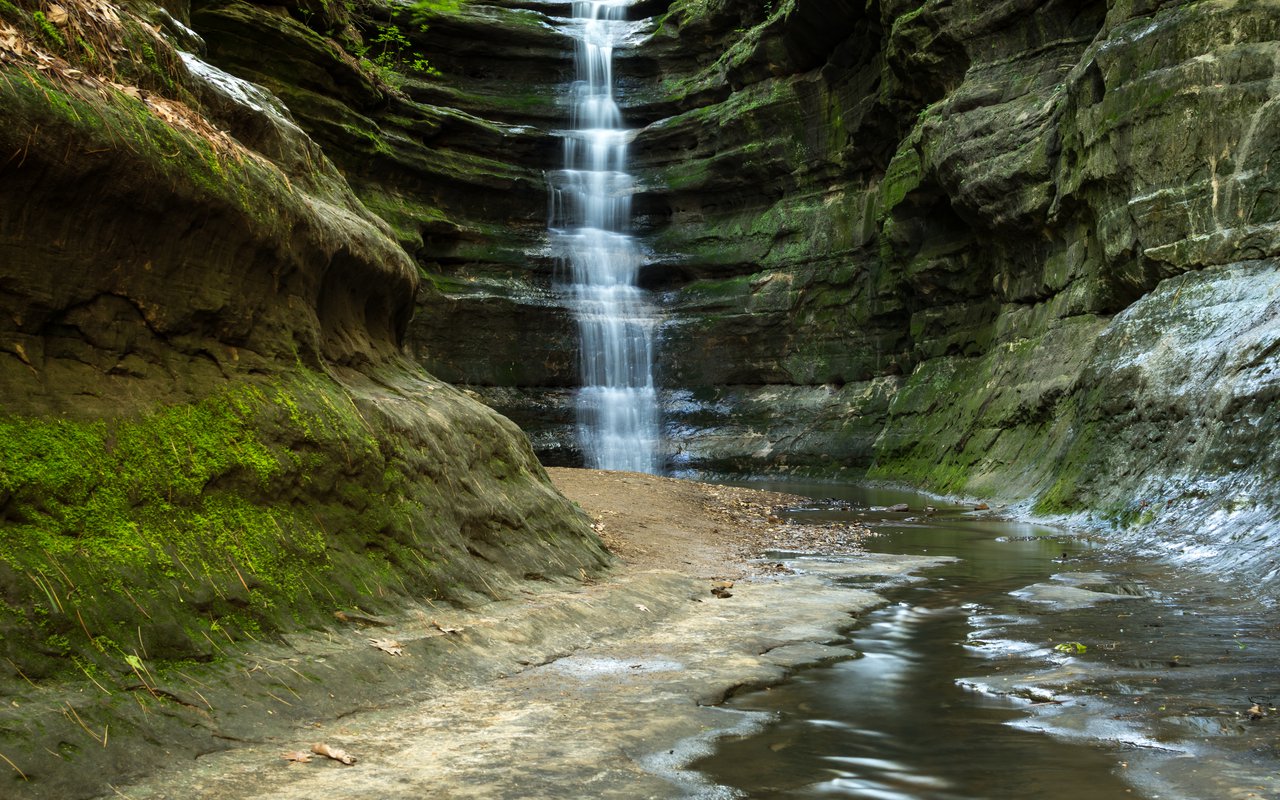 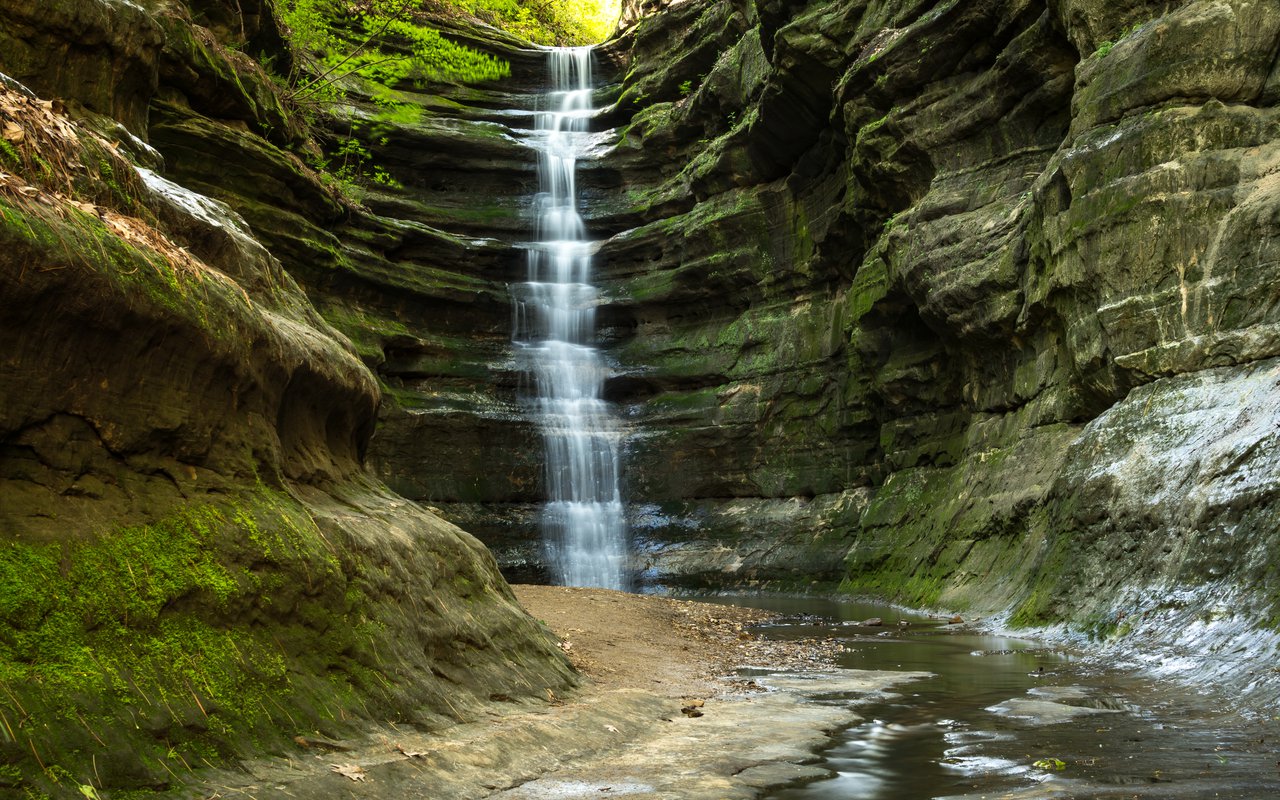 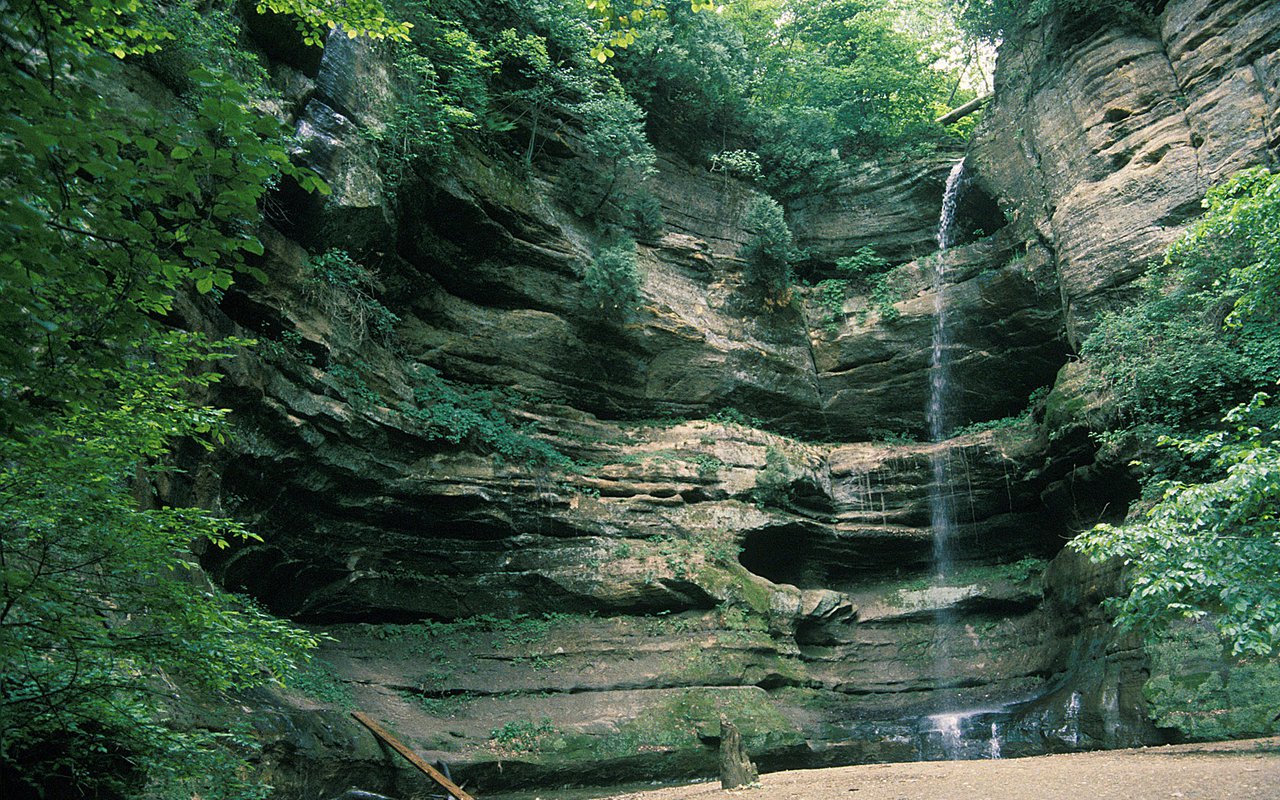