Garni is located in the Kotayk province, in the central region of Armenia. The village has some of the oldest religious monuments, such as the pre-Christian Temple of Garni, the 12th-century Mashtots Hayrapet Church and the Havuts Tar Monastery, erected between the 11th and 13th centuries. In the same complex, you'll find the Garni Historical and Cultural Museum, the foundations of the 7th-century Saint Sion Church and the ruins of a Roman bath.

The most famous attraction is the pagan Temple of Garni. The King Trdatits I ordered its construction in the 1st century AD to worship Mirh, the deity of the Sun in the Armenian Mythology. This Greco-Roman styled structure was destroyed by an earthquake in 1679, but the reconstruction work wasn’t done until 1975.

The historic village of Garni is also a place to be in direct contact with nature because is surrounded by the Khosrov Forest State Reserve, one of the oldest protected areas in the world. You will be amazed not only by waterfalls, hot springs and semi-desert landscapes but also by its beautiful valleys, covered by large oak and juniper forests.

If you want to find Garni’s hidden treasure, you may go above the temple and cross a medieval stone bridge to the banks of the mighty river Azat. There you'll find the impressive hexagonal basalt columns of Garni Gorge. This natural marvel is known by the locals as the “Symphony of the Stones” because is like a huge black organ with lava pipes.

You can do a day trip from Yerevan taking a public minivan or marshrutka next to Nansen Park, which costs 300AMD (less than 1$) and takes 35 minutes. The Garni trip can be also combined with a visit to UNESCO World Heritage Site of Geghard Monastery, one of the first Christian monuments of the country and only 8 kilometres away. 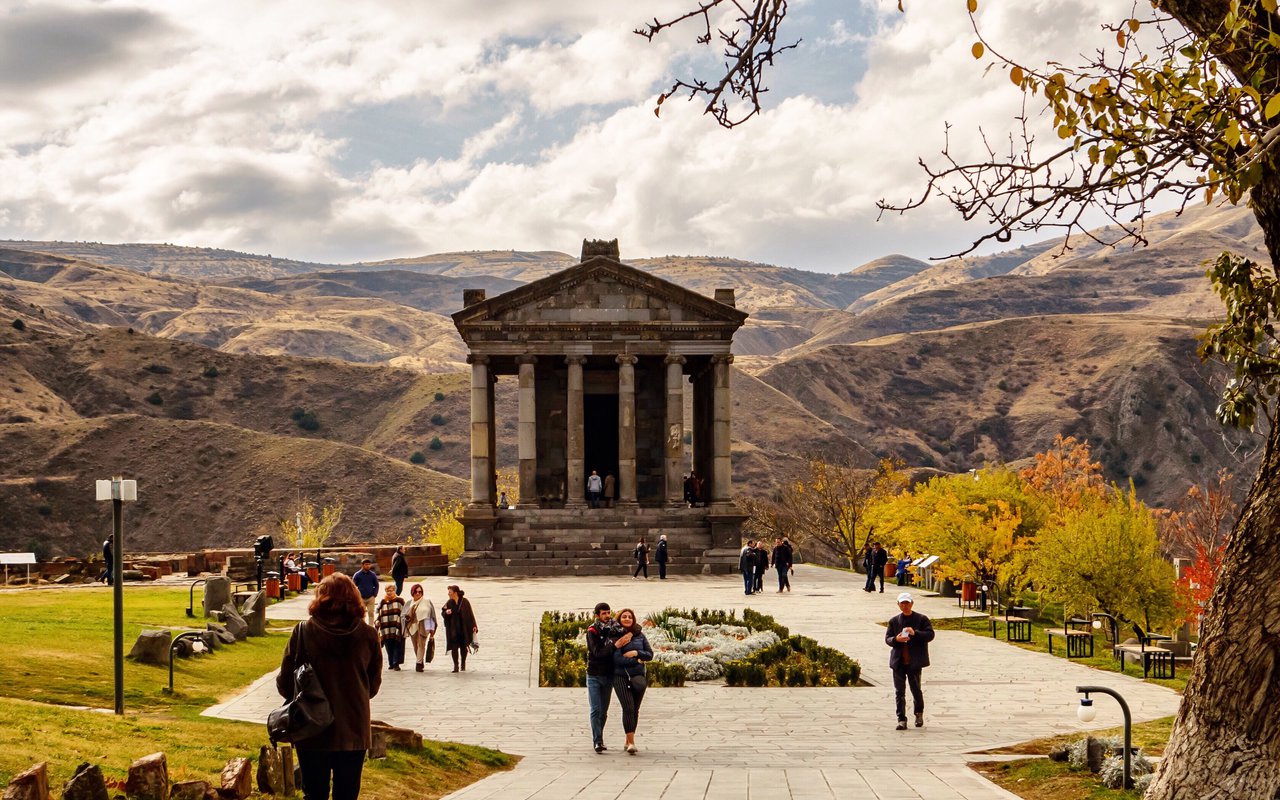 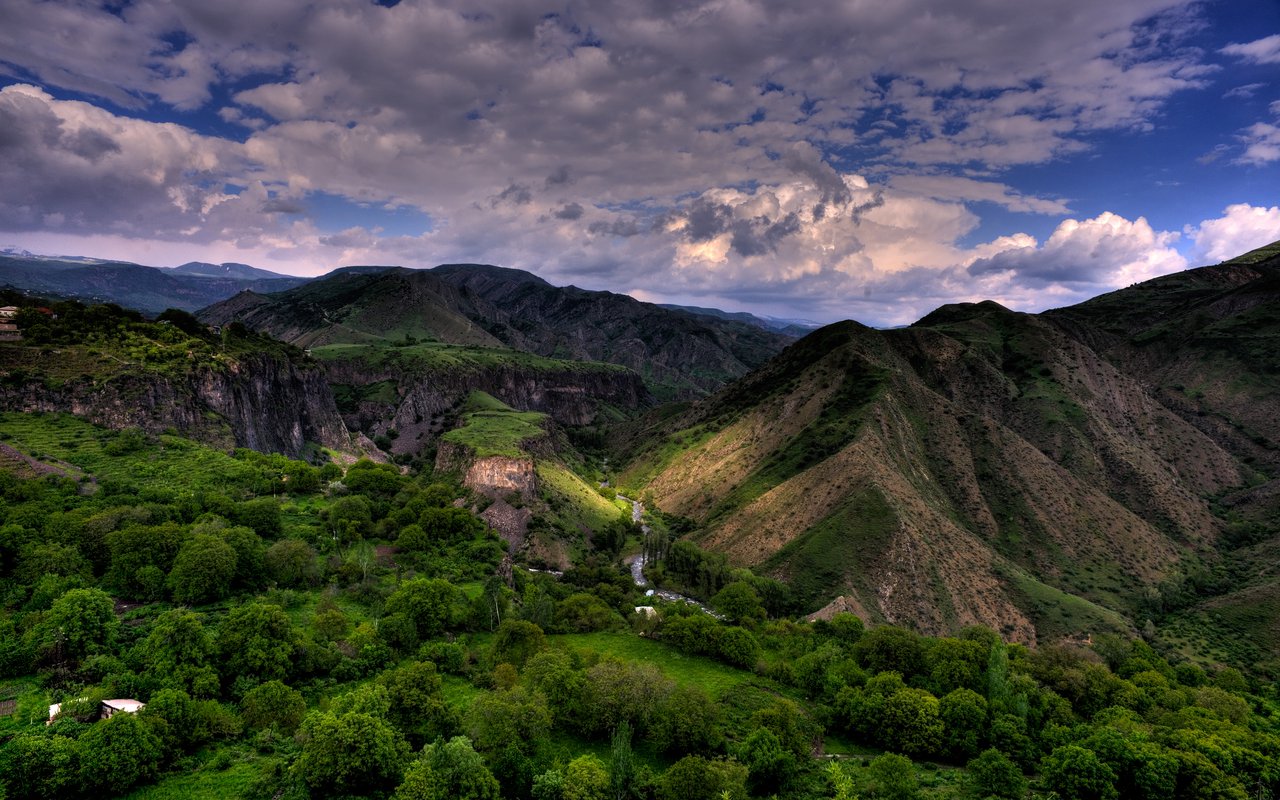 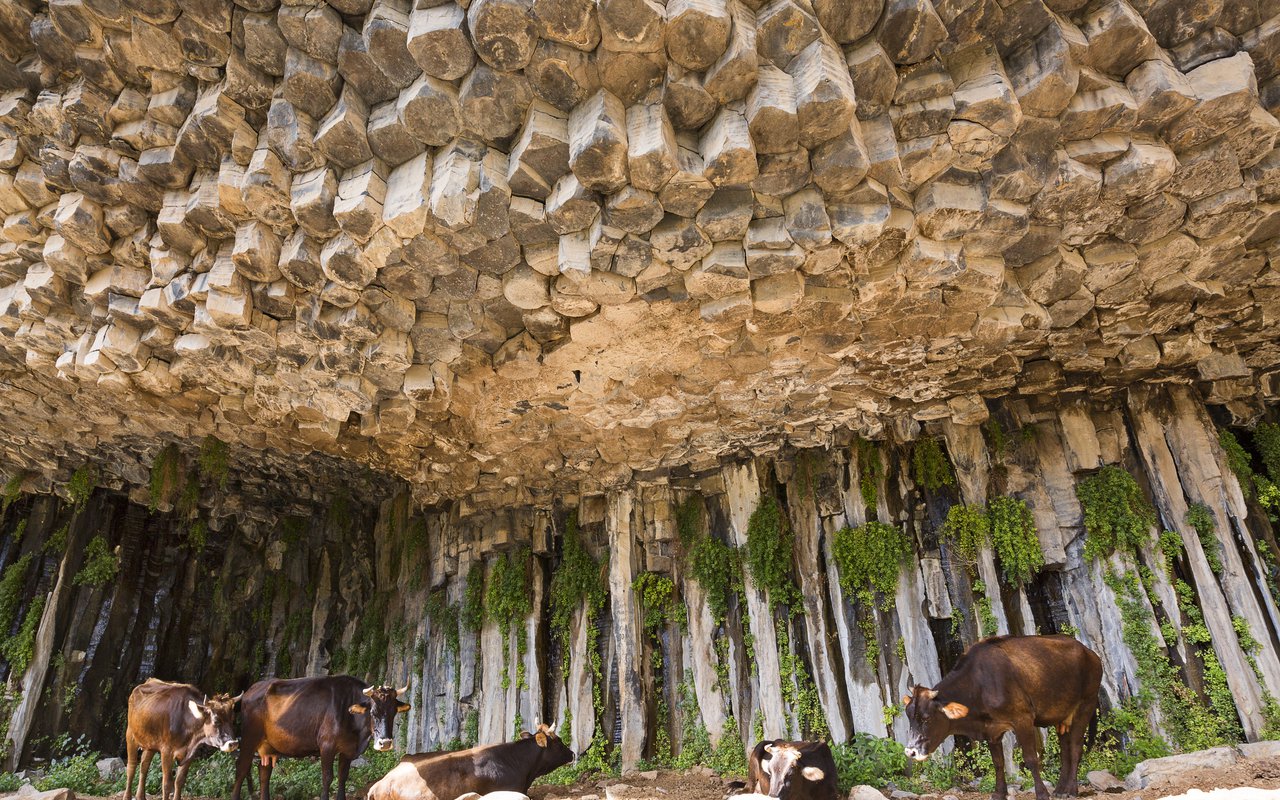 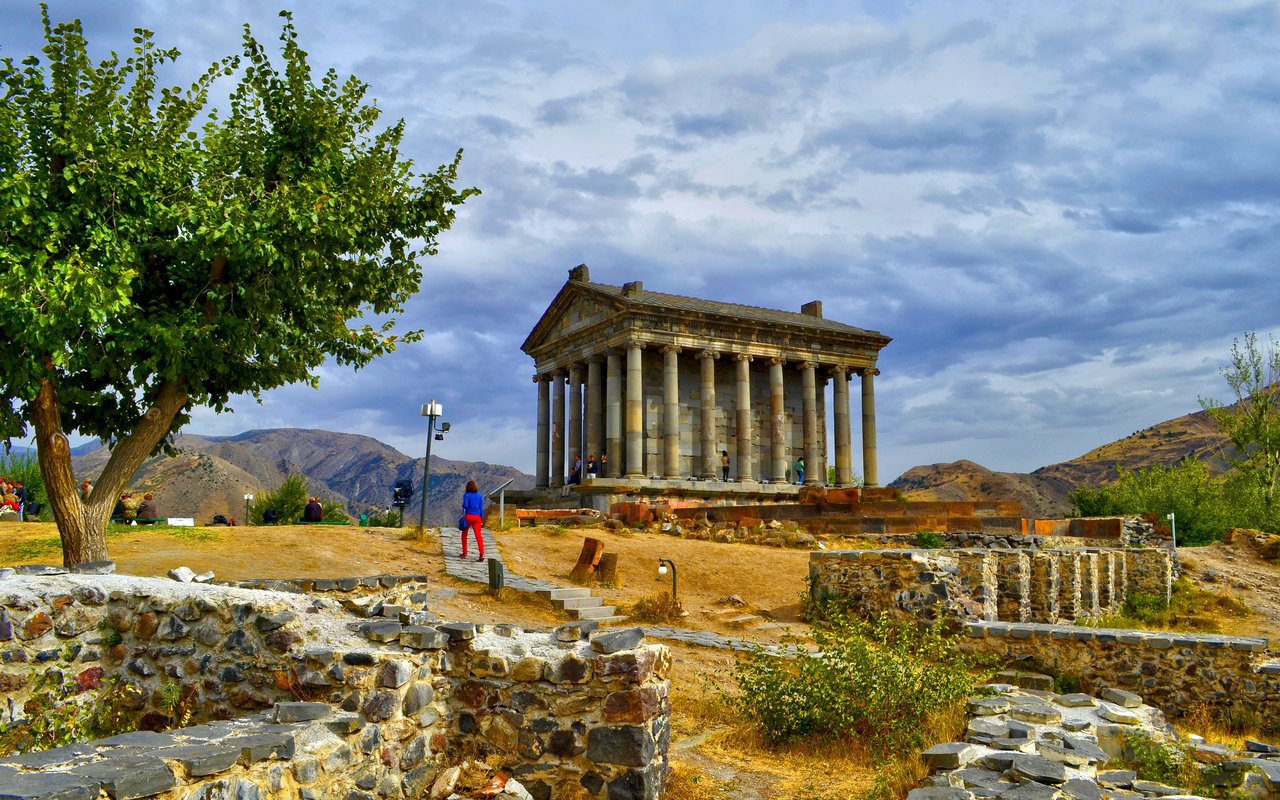