No visit to Tanzania is complete without going on safari in the Ngorongoro Crater. The crater is one of the most beautiful sites for wildlife safari in the world, and a great place to interact with the legendary Maasai people. Together with its surrounding highlands, the crater forms one of the most magnificent regions in Africa.

Your first glimpse of the spectacular Ngorongoro will most likely come from the forested viewpoint overlooking the sun-drenched cloud-covered crater. Surrounded on all sides by caldera walls draped in tropical forest, Ngorongoro looks like something out of a dream. Home to all the Big Five, the crater is one of the best places to see the endangered black rhino. It’s also a great destination for seeing lions and buffalo.

The park’s lush green landscape, complete with rich, fertile grazing grounds, means that it is possible to see animals year round. As you make your way down into the vast caldera, you will see massive herds of buffalo, gazelles, zebra and wildebeest. Nearby you will spot lions, hyenas, jackals and other predators on the prowl for their next meal.

Bird watchers will enjoy a visit to Lake Magadi at the center of the crater where you can see flocks of colorful flamingo. At the Ngorongoro Picnic Area there is a hippo pool where you can observe the creatures as you have your lunch. On the fringes of the crater, black rhino and leopards can be spotted moving through the undergrowth. Throughout the day you may also see playful baboons foraging.

Ngorongoro Crater is also home to the Maasai people who live in harmony with the wildlife, raising their cattle and going about their daily lives. Nearby there are other landmarks worth visiting on a day trip including the Empakaai Crater, the Olmoti Crater and Lake Ndutu. 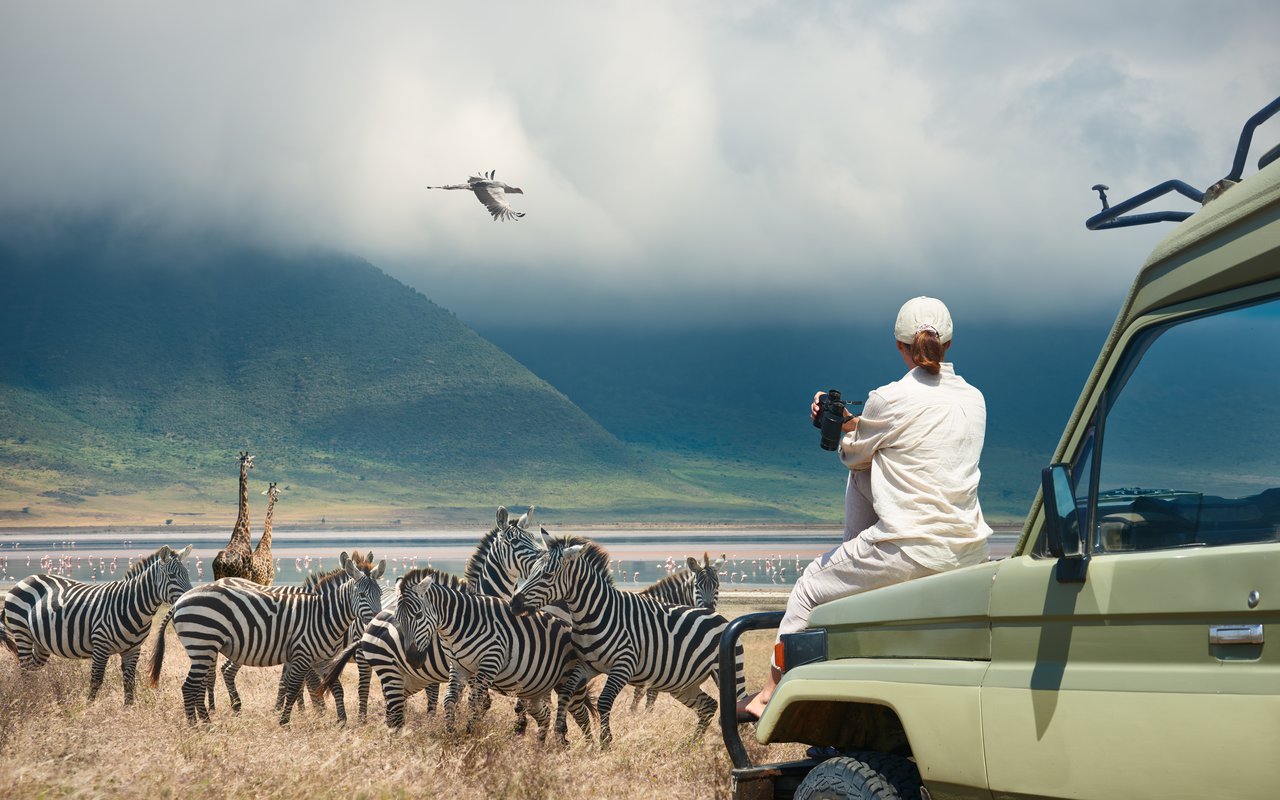 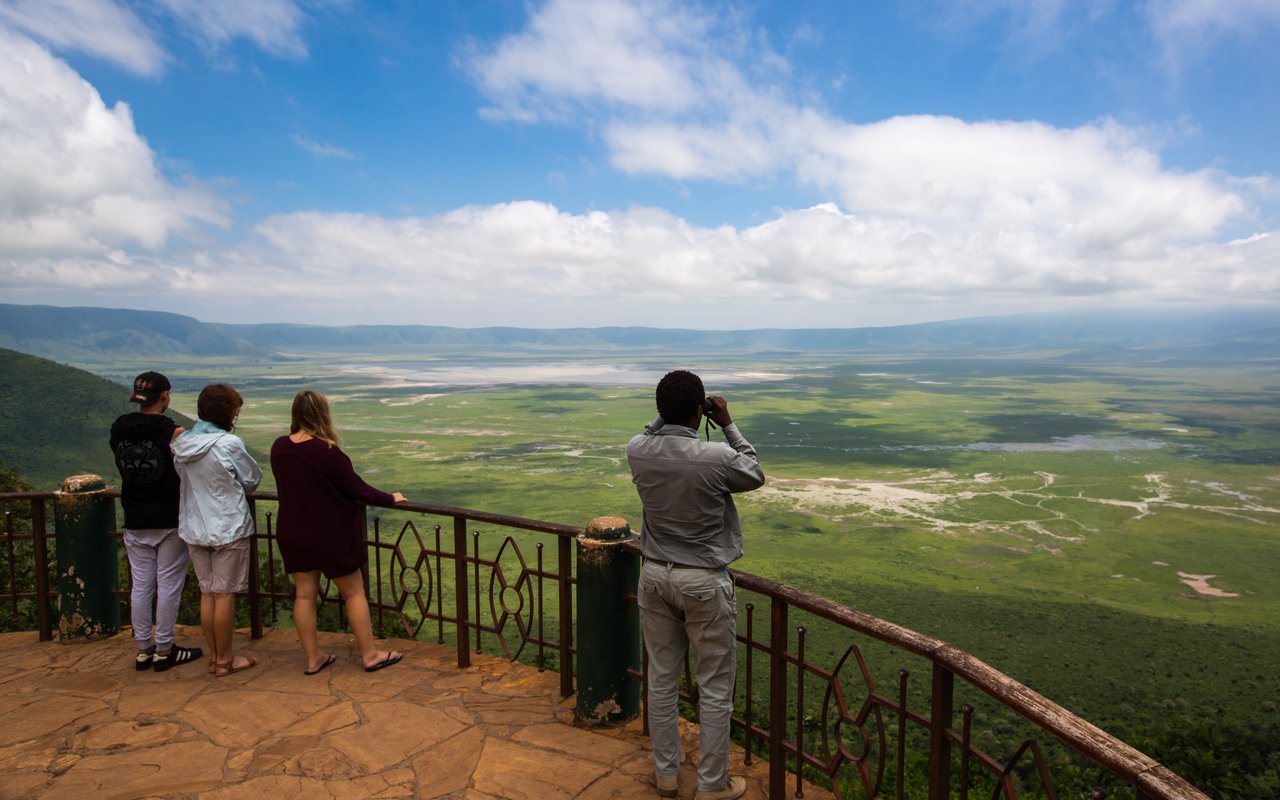 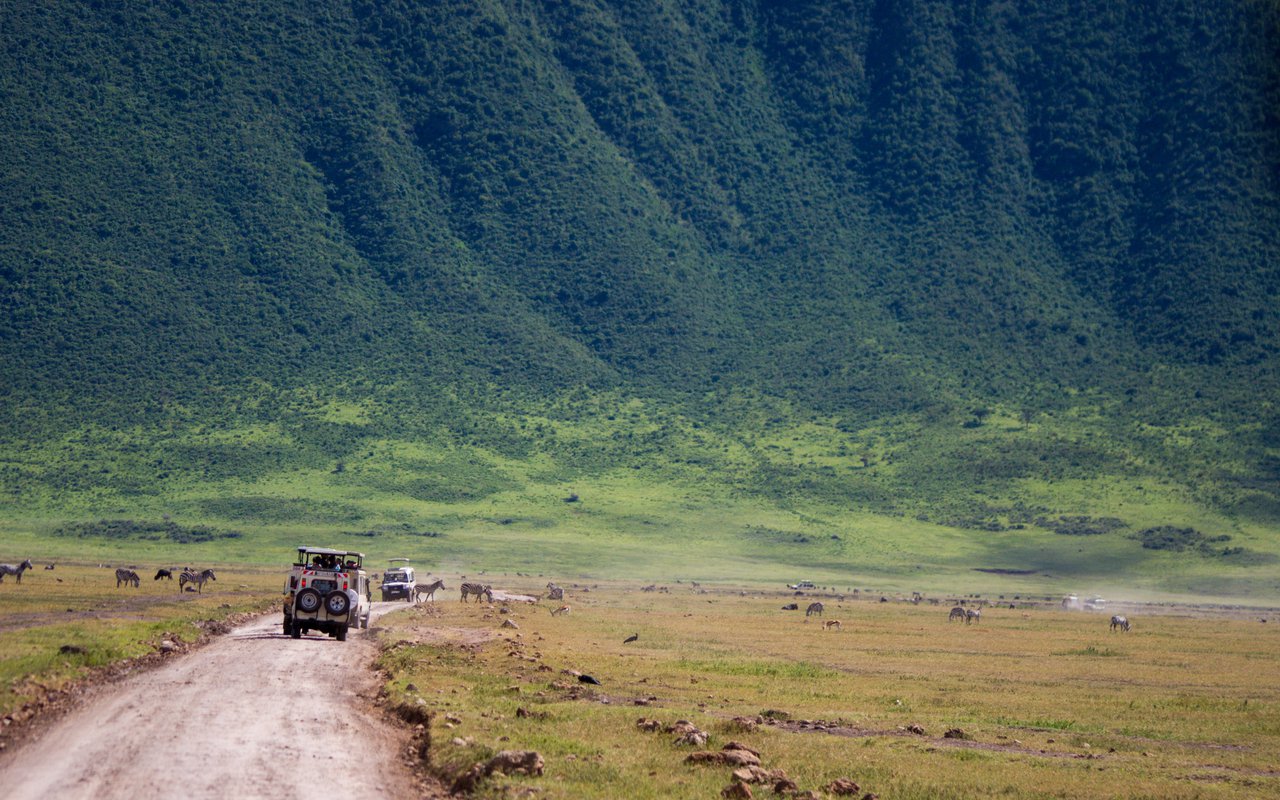 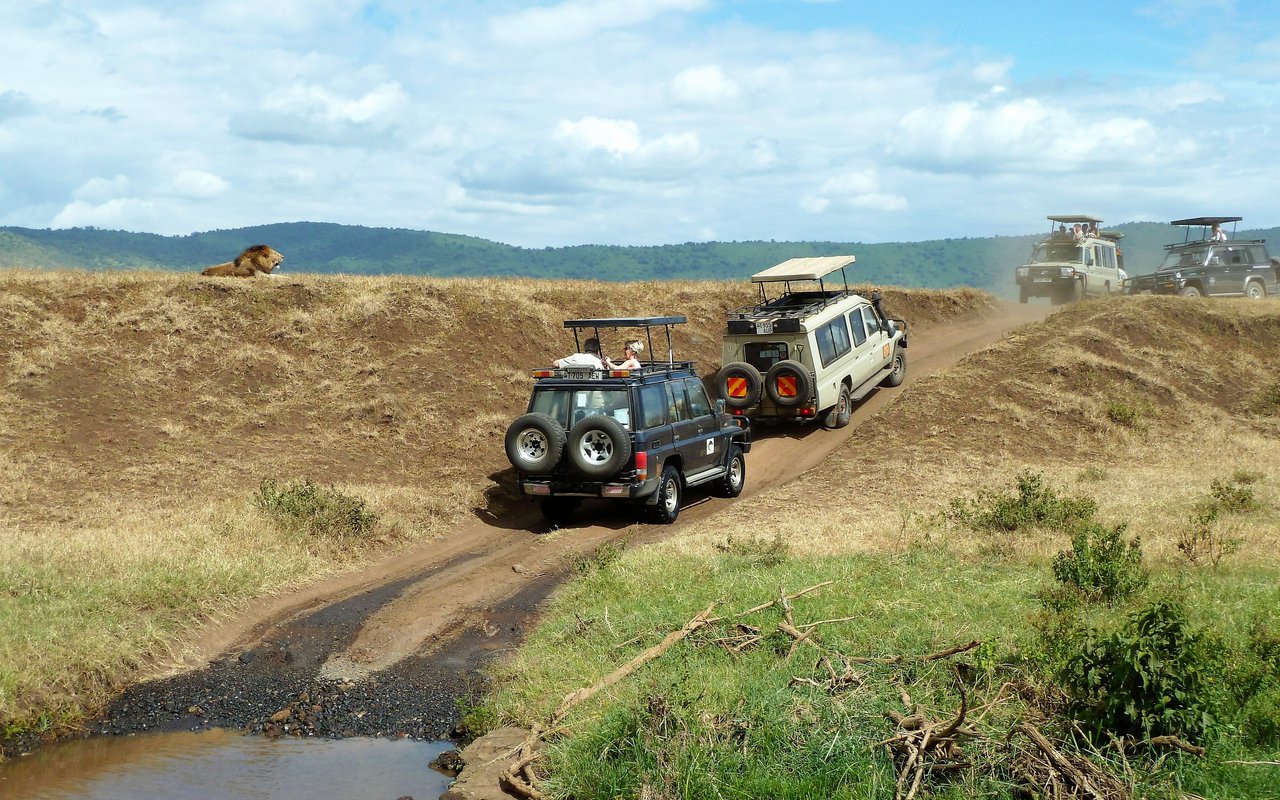 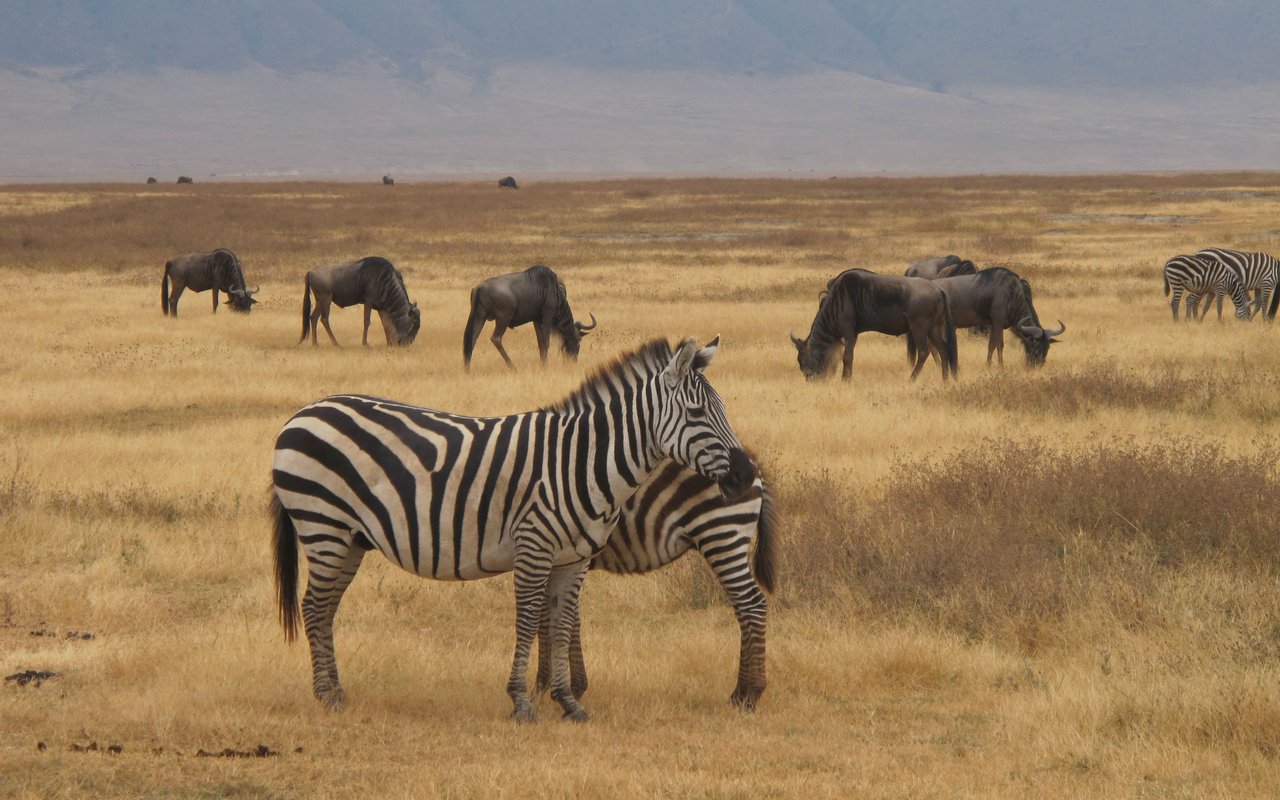