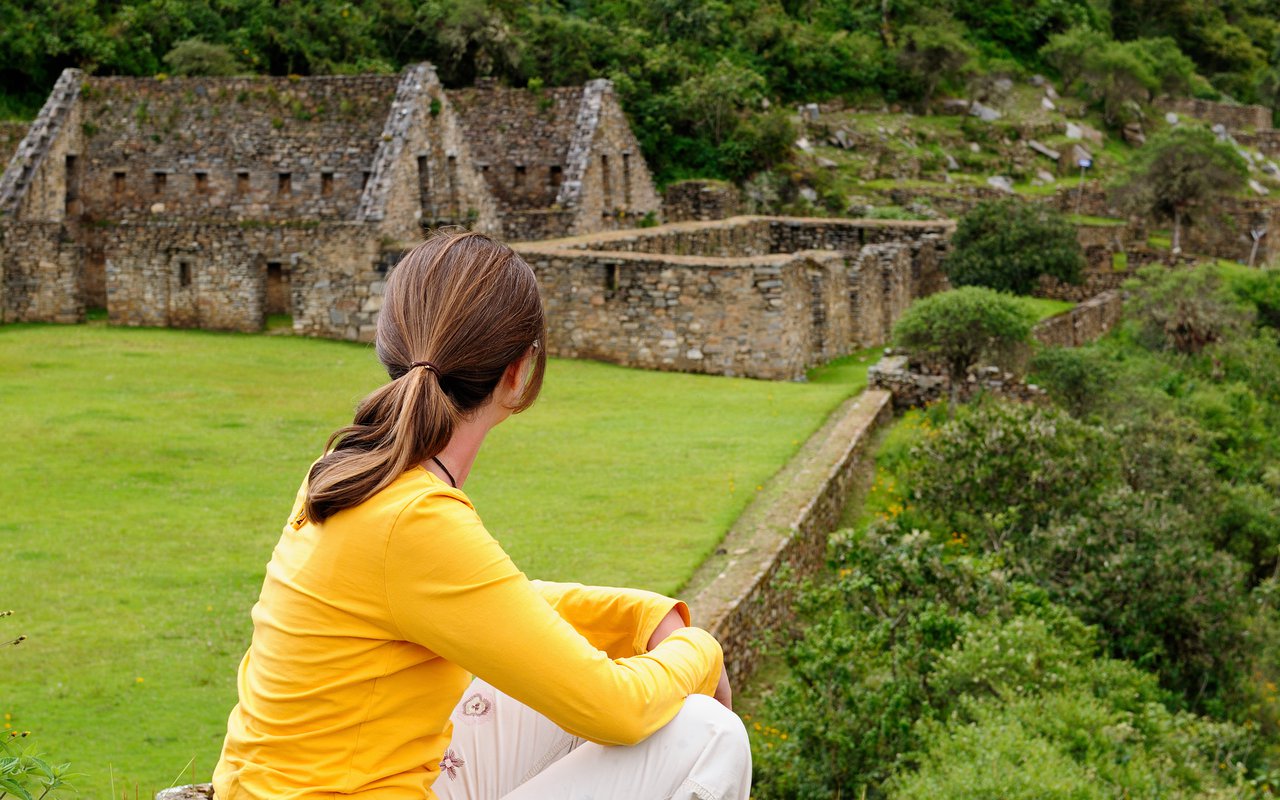 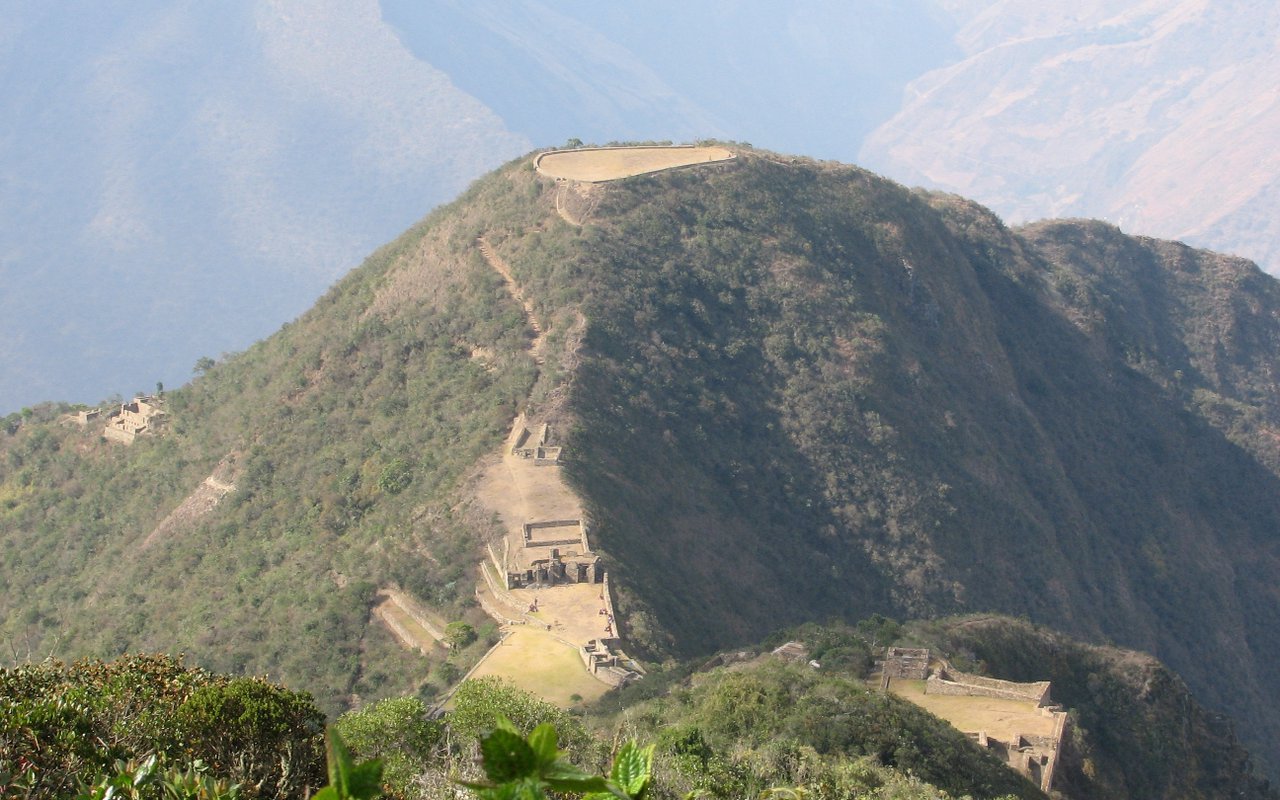 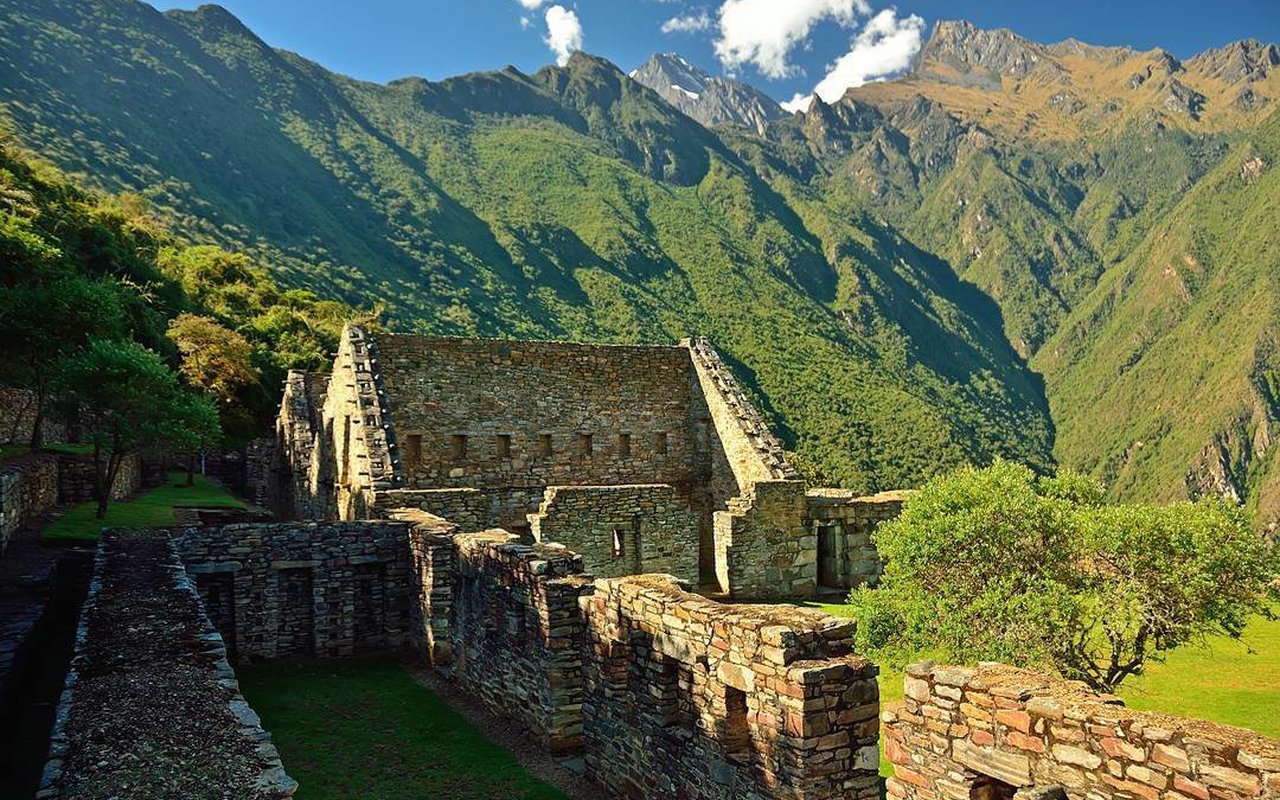 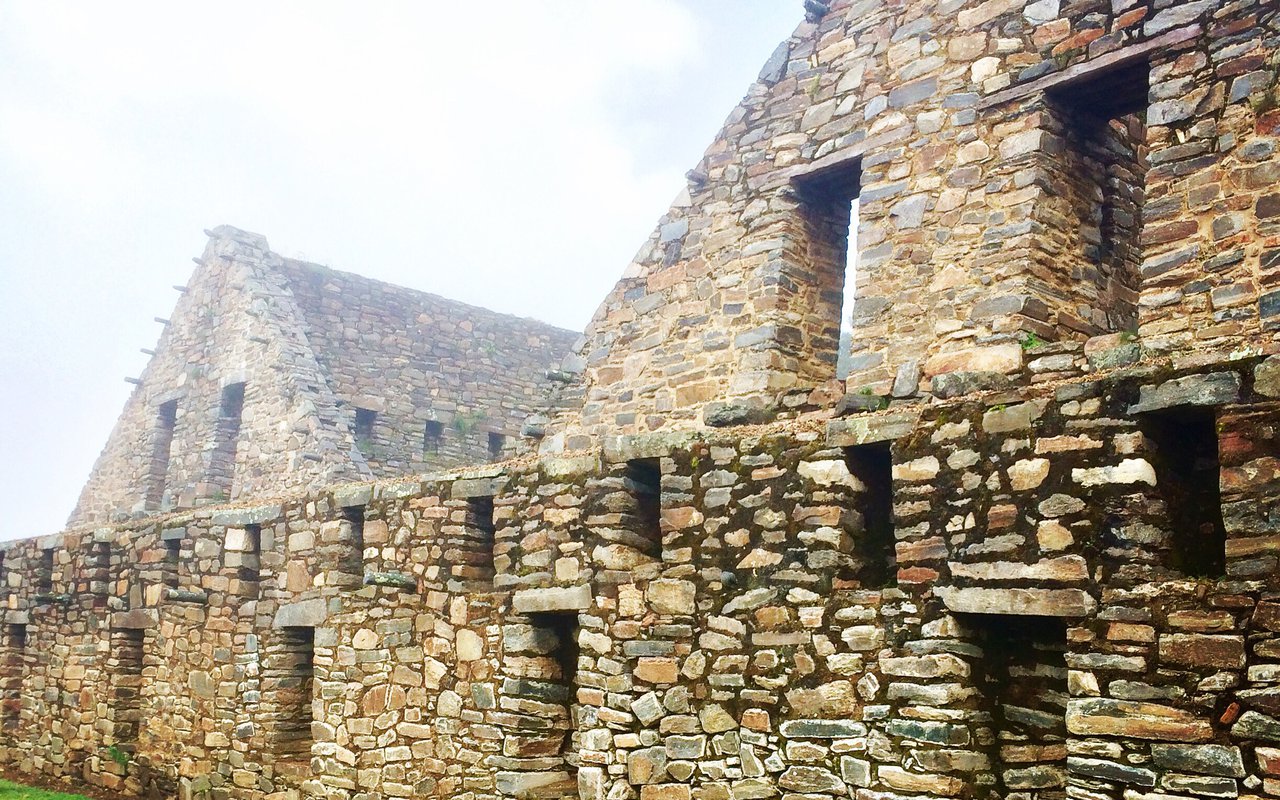 Choquequirao is in Sacred Valley of the Incas of Peru. Choquequirao Complex is a 3- to 5-day trek in the Cusco area and an alternative and less tread trek than the crowded Inca trail and Salktantay routes. Choquequiraw is situated in the spur of the mountain range of Salkantay, over 3030m surrounded by the Apus of Yamana, Ampay, Chokecarpu, Pumasiyo and Panta, on the left bankof Apurimac river. In the time of the Incas, it was united and in communication with Machu Picchu by a complex network of trails. The reasons are many: The fantastic nature with valleys, snow-capped mountains and great variety of plants, birds and animals.

There are three trails leading to Choquequirao, one from Cachora, Huanipaca and one from Yanama. To reach Cachora or Huanipaca, take the bus from Cusco to Abancay and get off at Ramal de Cachora - the turn off for Cachora or Huanipaca (just past Saywite). There are many bus companies that leave for Abancay from Cusco's Terminal Terrestre, but timetables are not usually online. As of March 2014 Breddes buses leave at 5:00am, 6:00am, 10:00am, 1:00pm and 8:00pm (20 soles). Ampay, does the route for 15 soles (8:30am, 9:15am and then roughly once an hour until noon, as of May 2018). Get off the bus at Ramal (de Cachora), and from there you need to take a taxi (10-15 minute ride) or walk down the switchback roads or paths cutting directly down the hill from the main road to the town you intend to hike from. Taxis often wait for the people from the bus during the daytime, except on Sunday when you might have to wait an hour. A shared ride from Ramal to Cachora costs should cost 5 soles per person. A private taxi will cost 30 soles. From Cachora either you can directly start waking, or take a taxi (30 soles as of May 2018) to the Mirador de Capuliyoc, effectively saving about 3 houres.

An alternative to taking a bus is to take a colectivo from Cusco to Curahuasi. The ride costs 15 soles per seat. The collectivos leave from near the eastern end of Avenida Arcopata whenever they are full. Once at Curahuasi, you can take a taxi to Cachora for 60 soles (less if you are good at haggling).

For the Huanipaca and Yamana trails, steep sections make hiking the only option, but the trail from Cachora can be done either on foot or horseback. If you speak a bit of Spanish you should have no trouble finding an arriero and one or more mules or horses in Cachora. Just ask your taxi driver when you get a lift in, or ask at any of the shops in the main Plaza del Armas. Expect to pay 50 soles per day for an arriero, and 40 soles per day per horse. The price can be negotiated and has gone up due to the increase of popularity of the trek. A woman named Doris who lives in Cachora owns between 30-40 mules and she rents them to both organized groups and individual hikers. A minimum of 4 days hire is applicable. Renting a mule for your pack is highly recommended, as the trek is very steep both down and up from the valley. Tips for arrieros aren't necessarily expected but much appreciated if you are satisfied with their service. Plan to provide a meal or two to your arriero as well, and inviting the arriero to an inka-cola or beer is also much appreciated. Again, considering their attention and service.

The trail from Huanipaca is shorter, steeper and lacks the amenities that the trail from Cachora offers. Everyone will tell you there is no food on the trail, but you can get a cooked meal at Hacienda San Ignacio, about 2.5km from the river on the Huanipaca side. There are several water sources on the Huanipaca side, so bring your filter. The route of Huanipaca has been completely rehabilitated in August of 2017, after having been closed a long period by damages caused by climatic events.

The trail from Cachora has several sources of drinkable water, campsites, showers, toilets and several shops where you can buy soft drinks, water, beer and small snacks like crackers or cookies. Hiking in from Yanama you would need to start in Mollepata, Santa Teresa or Machu Picchu Pueblo, these are very long and difficult hikes. If you want to do the 8 day Machu Picchu - Cachora hike it is probably easier to do it in reverse as you will find arrieros much more easily and cheaply in Cachora than at the Machu Picchu end. Note that in either case you will probably need to pay for a return journey for the arriero and mule hire, not just the one way.