Mount Davidson is renowned as the highest peak in San Francisco, California making an elevation of about 928 feet. Mount Davidson was originally known as “Blue Mountain” but was then renamed after George Davidson in 1911.  Mount Davidson's most notable feature, aside from its height, is the 103-foot (31.4 m) concrete cross situated on the crest of the hill although the cross itself has been the subject of much debate among the residents of San Francisco as they have tried to weigh its religious role against its status as an historic landmark. The geographical region occupied by Mount Davidson is quite interesting as it is the center of the city, south of Twin Peaks and Portola Drive and to the west of Diamond Heights and Glen Park. Mount Davidson has significant natural and recreational resources and the diversity of vegetation provides habitat for a wide range of migratory and resident birds, including 18 locally sensitive species.

Due to great vegetation and pleasant weather Mount Davidson has greatly received the attention of mountain hikers. The densely overgrown vegetation and fog drip on the western slop gives hikers the feeling of being in a rainforest. The residential neighborhoods around Mount Davidson Park are Mira Loma Park to the east and Westwood Highlands and Sherwood Forest to the southwest.

Hike to the Mount Davidson:

Mount Davidson’s northeast slope contains coastal scrub and grassland plant communities that are home to two uncommon plant species: California huckleberry and Pacific reed grass. The thorny strands of California blackberry often wind their way around the coyote brush, bearing fruit for birds, raccoons, and humans throughout the summer whereas Coyote brush alone provides habitat for more than 250 species of insects, which in turn are a critical food source for birds and other animals, such as California alligator lizards and western fence lizards. Mount Davidson’s forest associates more than 30 acres, and is mostly blue gum eucalyptus.

The trail moves away from the woods into grassland, initially hugging a tall fence on the right. The rocky cut on the left is a good place to spot blue dicks blooming in spring.  Descending gently, the trail sweeps through the grassland dotted with ferns and coyote brush, just upslope from the park boundary on the right. It then rises a bit and crosses a rocky outcrop. The trail passes a rock outcrop and bends left. At 0.61 mile, the trail ends at a fire road. Cross the fire road and continue straight.  From the viewpoint enjoy wonderful views east and north. Unfortunately, the City's geography does not permit any glimpses of the Golden Gate Bridge. 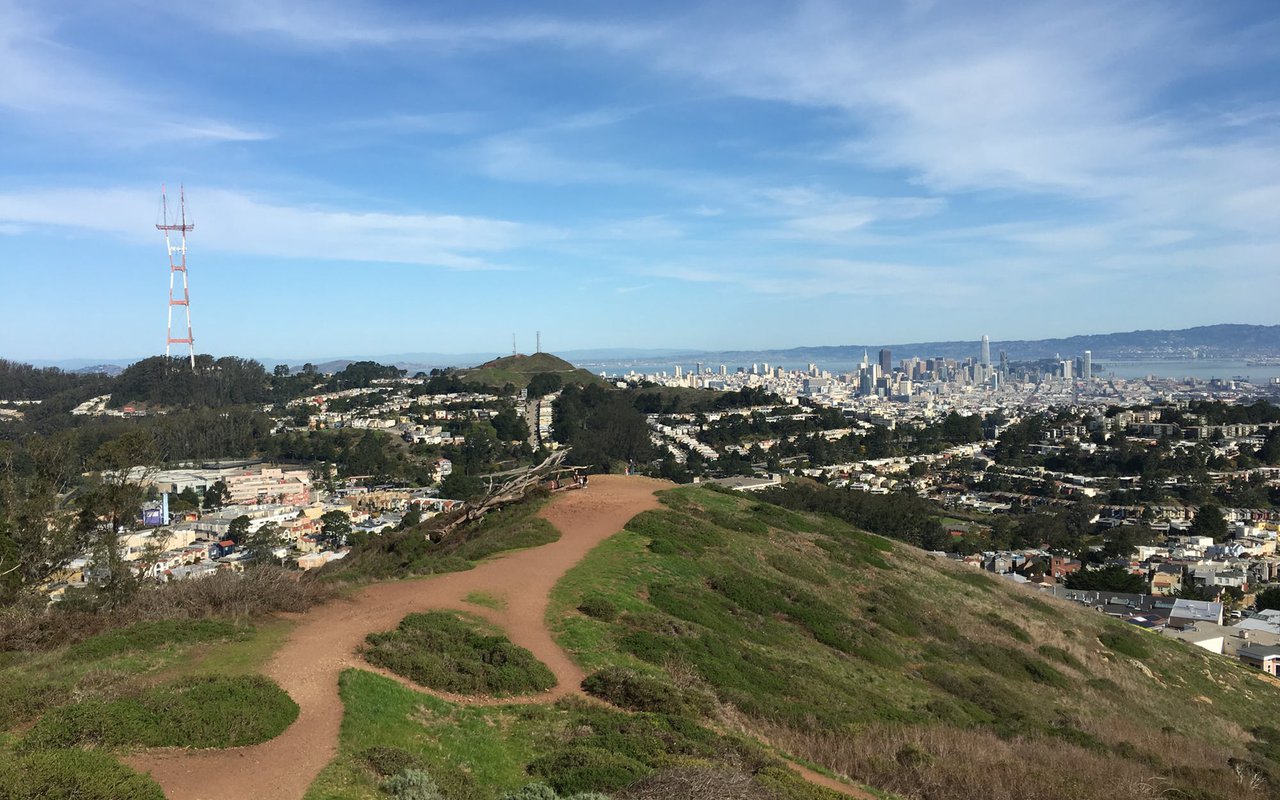 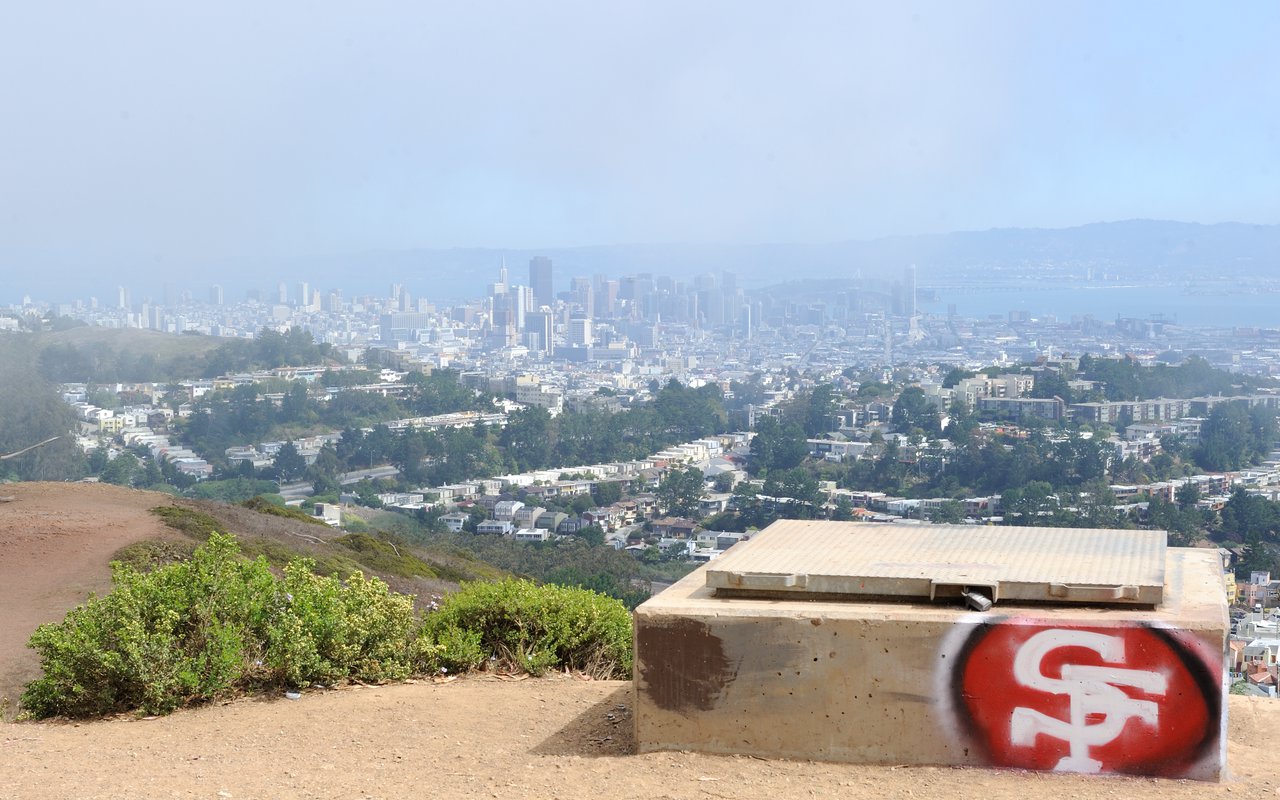 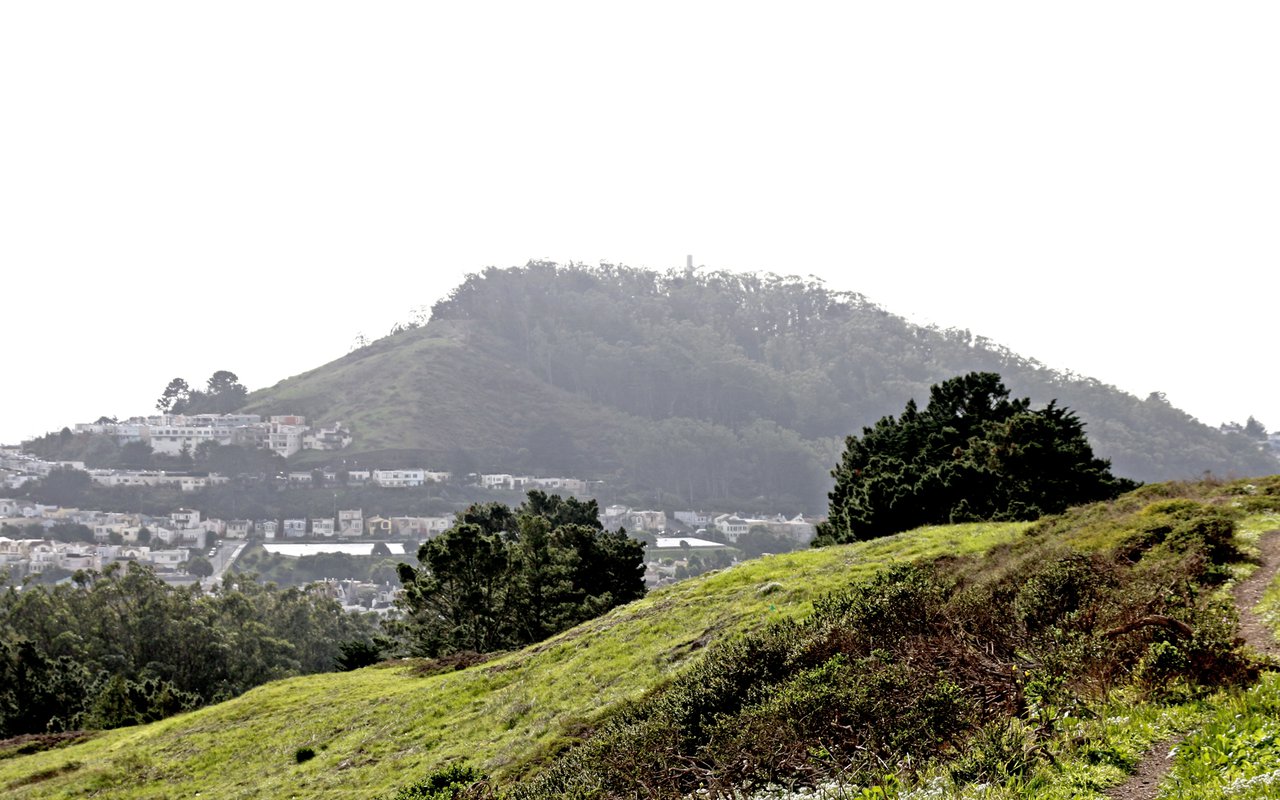