Drive up to see the Isola San Giulio 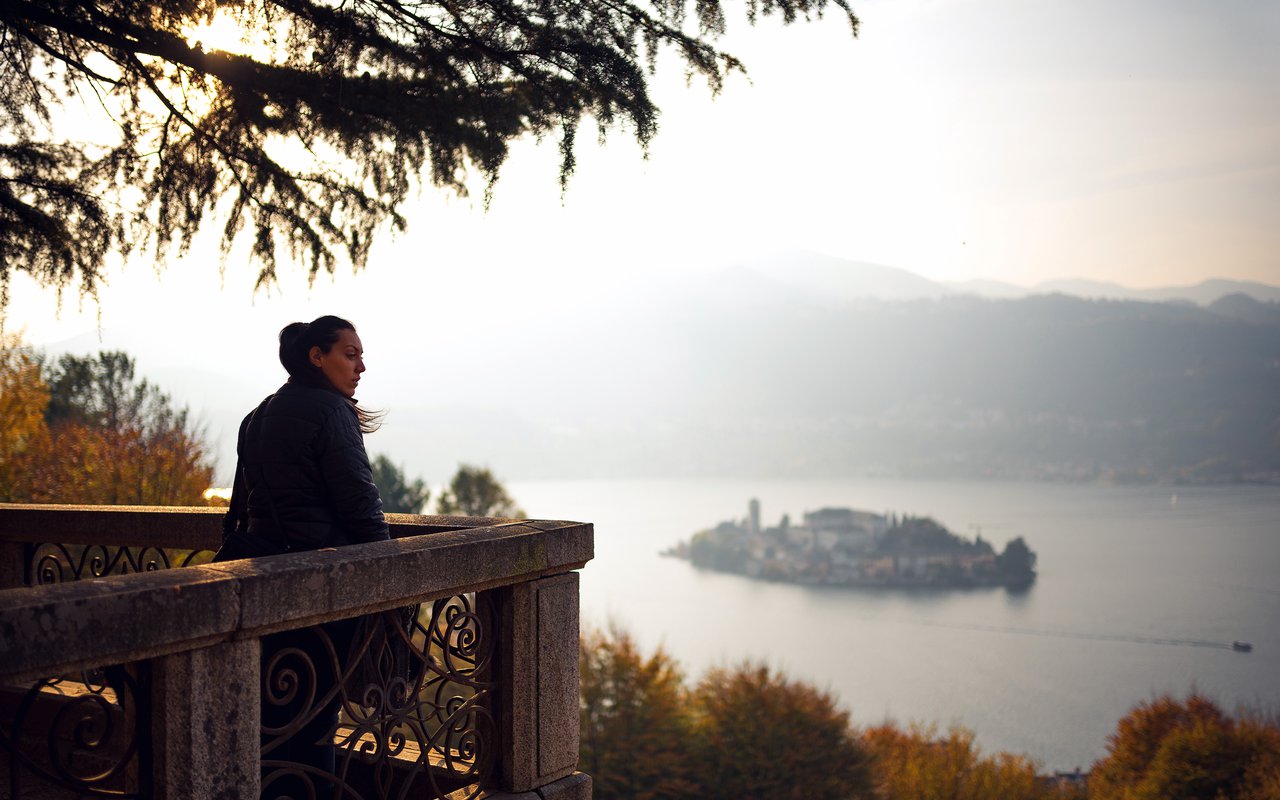 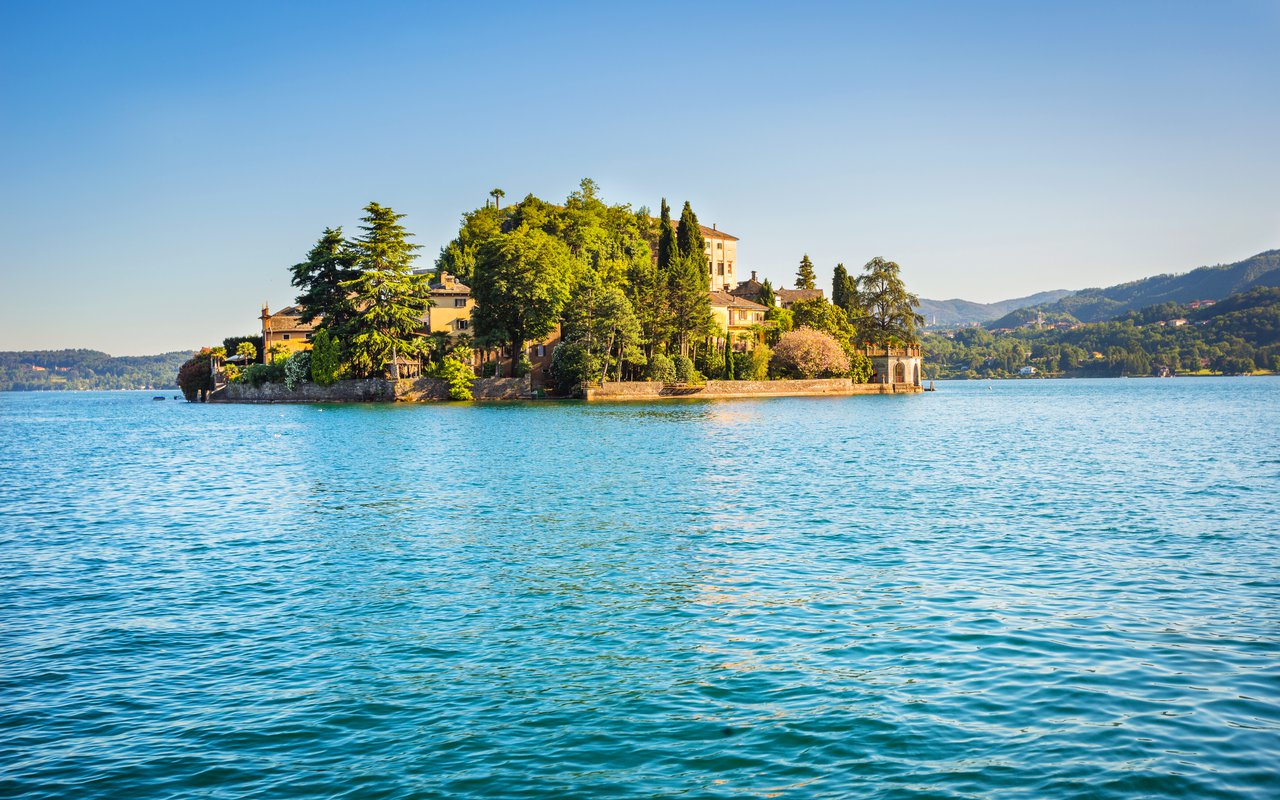 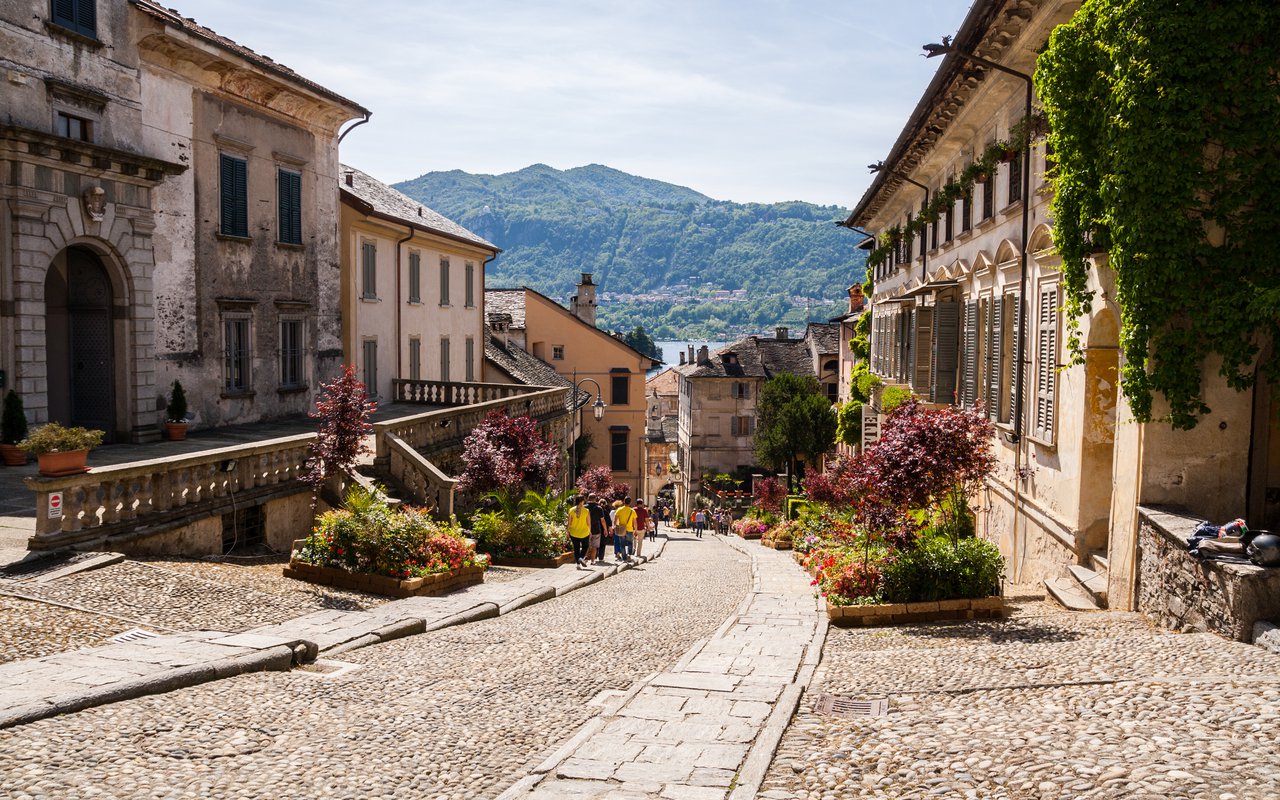 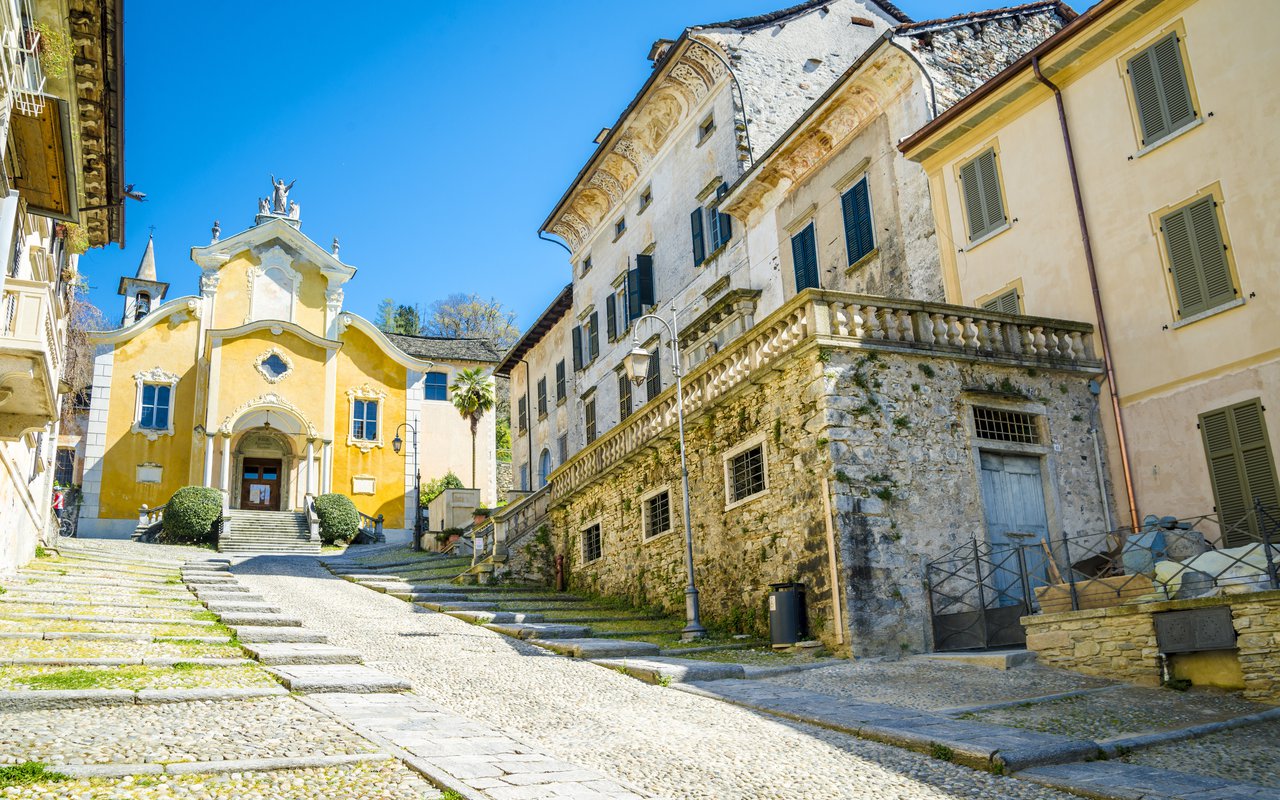 The Basilica of the Sanctuary Madonna Della Corona is a wonderful place. Some 15 miles from the center of the city of Verona, perched against the mountainside on a ledge, is the Sanctuary of Madonna del Corona.

The views are amazing, the basilica is built right on the rock (if inside you can see the bare rock). The entire structure is built on a ledge above a high cliff, which in and of itself is amazing.

Although the origins are open to debate, the evidence suggests that the Shrine existed back in 1522, and by 1625 workers began the construction of a new and larger church. In 1974, the church was partly demolished and reconstructed, with provisions made to preserve some of its more significant parts, with work finally completed in 1978.

Although the road is big and fairly easy, almost no tourists. You can either walk down the small path (you can also take a bus) or take the 350 stairs from the parking lot. Please note that bare shoulders won't be accepted, so bring something with you briefly slept. Also note that service/mass may be ongoing, so keep a leash in running children! Recall going down and seeing the old monks ' mummies.