Mont Saint-Michel de Brasparts is not the same as the more famous Mont Saint Michel, but it is a spectacular area with a sleeping volcano and an isolated 17th-century chapel dedicated to the Celtic sun. Mont Saint-Michel de Brasparts is one of the seven sacred hills in the Armorica region in France. This hill was once the worship site of the Celtic sun, and the chapel was built to honor archangel Michael (Saint Michel) who was protecting the people from dragons, as the legends say. The dragon presence in the region can probably be explained with the active volcano in the area for many years in the past.

After the French Revolution, the chapel was partly destroyed and forgotten by the people, until it was repaired in the 1820s. Since then, the site was frequently visited by the local shepherd population. In World War II, the Germans built a radio navigation system on the top of the hill to help their bombers during the war.

After centuries of turbulent history, nowadays the chapel of Mont Saint-Michel de Brasparts is a quiet and peaceful place off the beaten path and has almost none tourist visits.

However, the local people know about this sacred site and come visit very often. If you ever come to this part of France and you are into hiking, you will be more than happy checking out this remote location and enjoy the silence of the dormant volcano.

The landscape of Mont Saint-Michel de Brasparts is easy to explore due to the dry hills, no vegetation, and the beautiful Lake Brennils where you can relax and have a picnic lunch.

Mont Saint-Michel de Brasparts is one of the most remote locations to explore in France, full of rich history, druid legends, and dragon stories. Good luck! 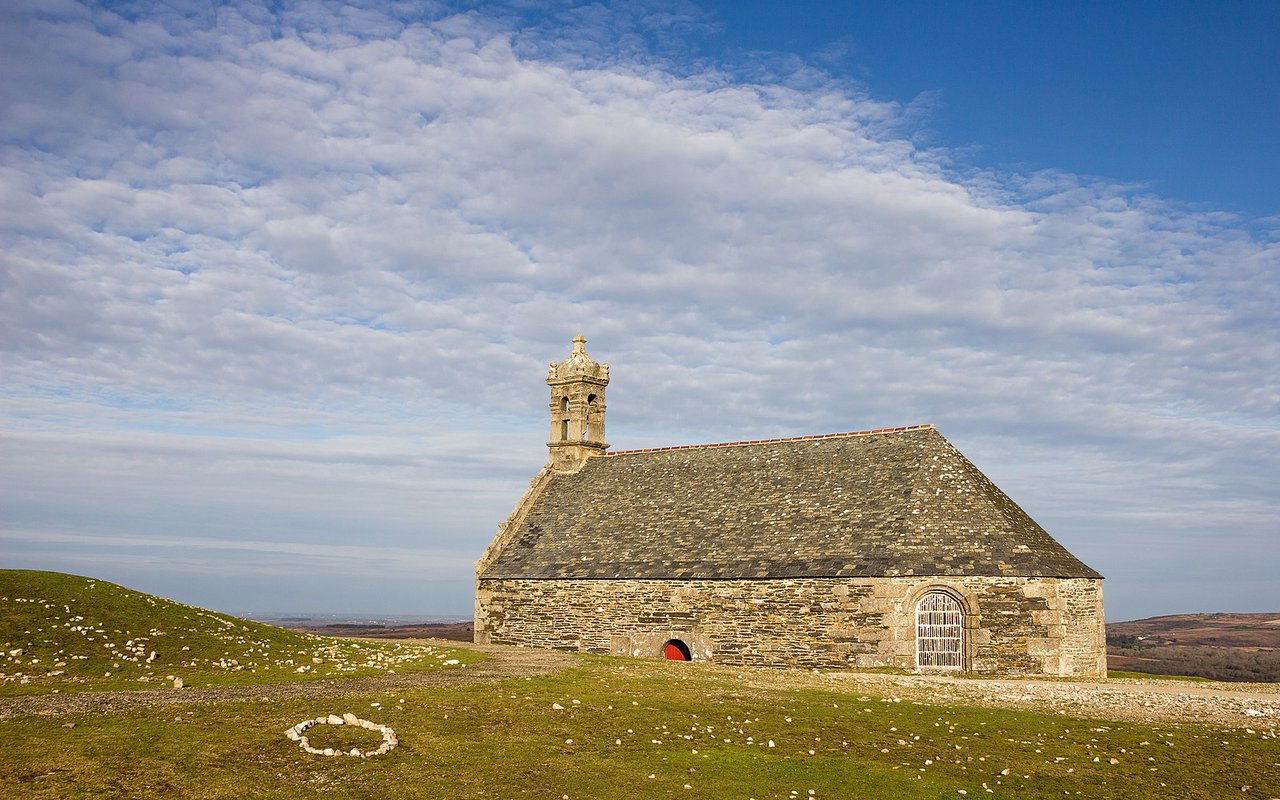 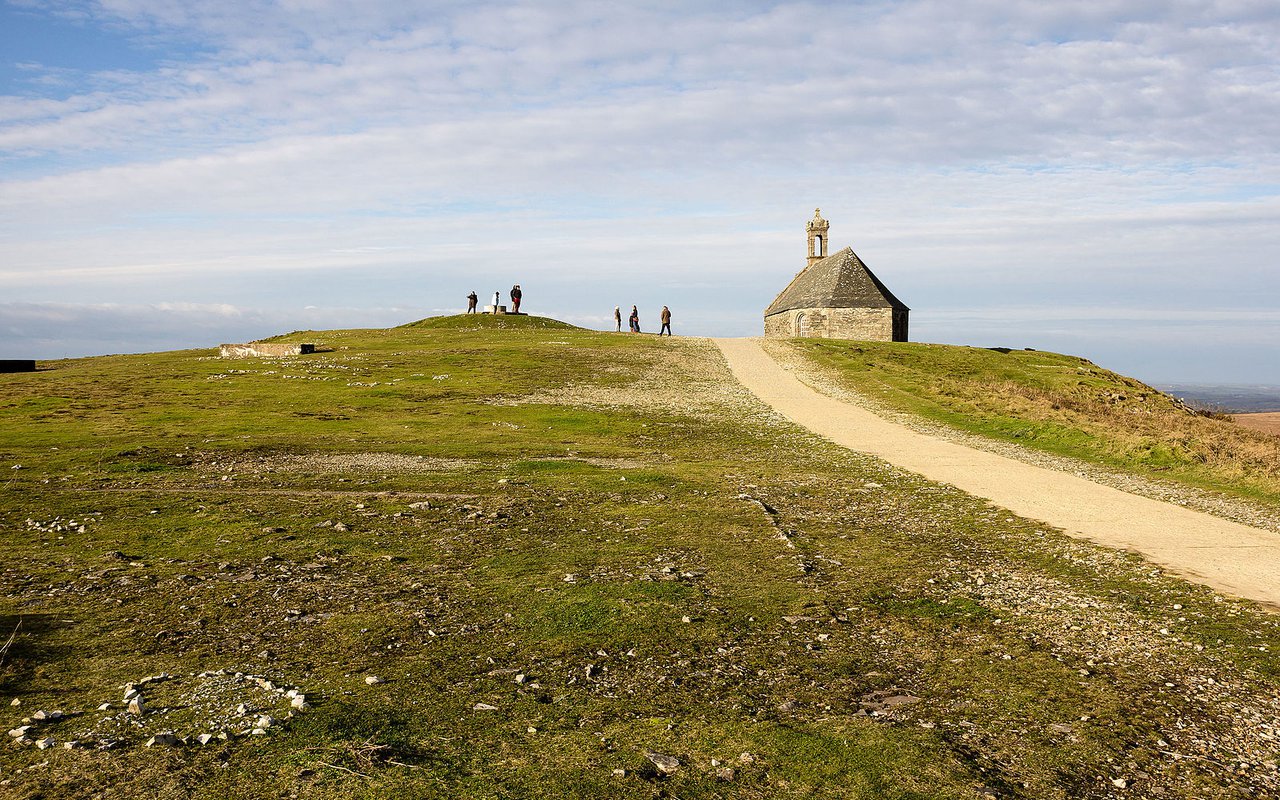 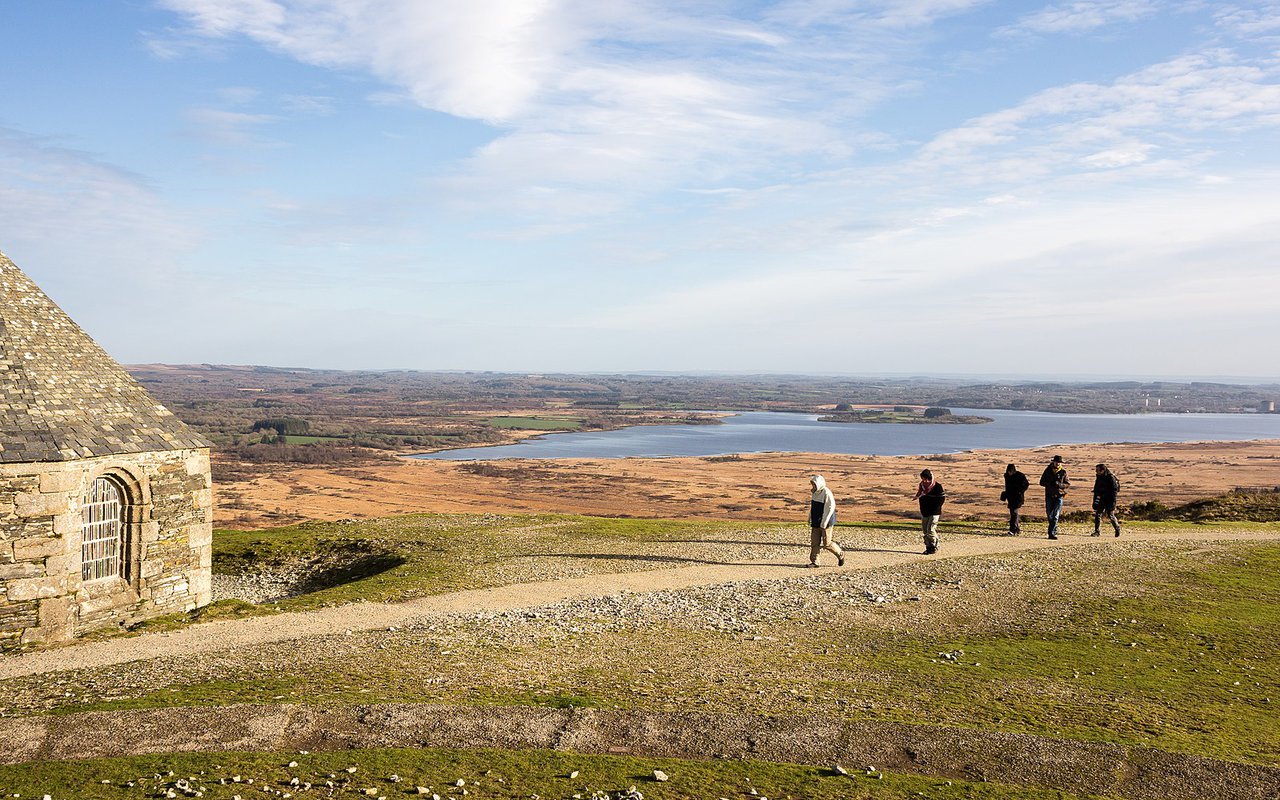