Even if you’re not a religious person, in Mtskheta you will experience a pleasant mystical energy. This ‘Holy City’ is located at the confluence of the Mtkvari and Aragvi rivers, in the eastern part of Georgia, only 20 kms from Tbilisi.

Although presently quite small and very touristy, the city was the former capital of the country in its early days, from the 3rd century BC to the 5th century AD. Summer is peak travel season, so try to avoid it if you prefer to enjoy a quiet walk in the old town centre.

The Historical Monuments of Mtskheta have been on the UNESCO World Heritage list since 1994. The Svetiskhoveli Cathedral is one of them; built in the 11th century, not only was it the burial place of several Georgian monarchs, it is also believed that Christ’s robe is buried below the central nave, where the first church of Mtskheta was established.

Rest assured that from most of the religious buildings in the Caucasus you’ll be able to enjoy a spectacular view. The best place to watch the sunset over Mtskheta is from the top of the mountain, where the 6th century Holy Cross Monastery of Jvari stands. It’s a beautiful and unforgettable experience!

Jvari Church is considered the holiest place of Georgia to the Orthodox community.

Here, King Marian III erected a wooden cross after his conversion by Saint Nino, a symbolic act to adopt Christianity as the official religion of his kingdom early in the 4th century.

You can visit the spiritual capital of Georgia as a day-trip from Tbilisi. To get to Mtskheta, you can take a public minivan or marshrutka in Didube for 1 or 2 GEL (less than 1 dollar). If you also want to visit Jvari, the best option is to share a taxi, and the return trip to Mtskheta may cost you around $7 (20 GEL). 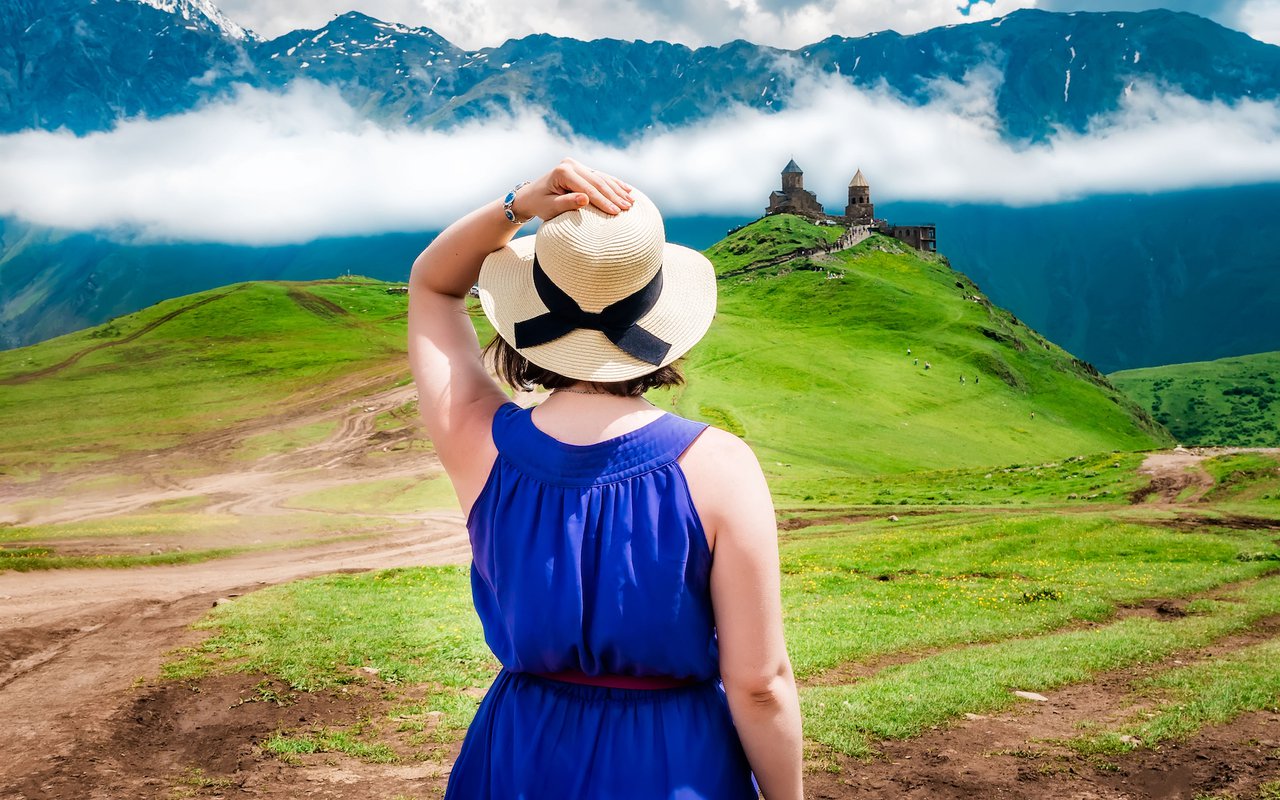 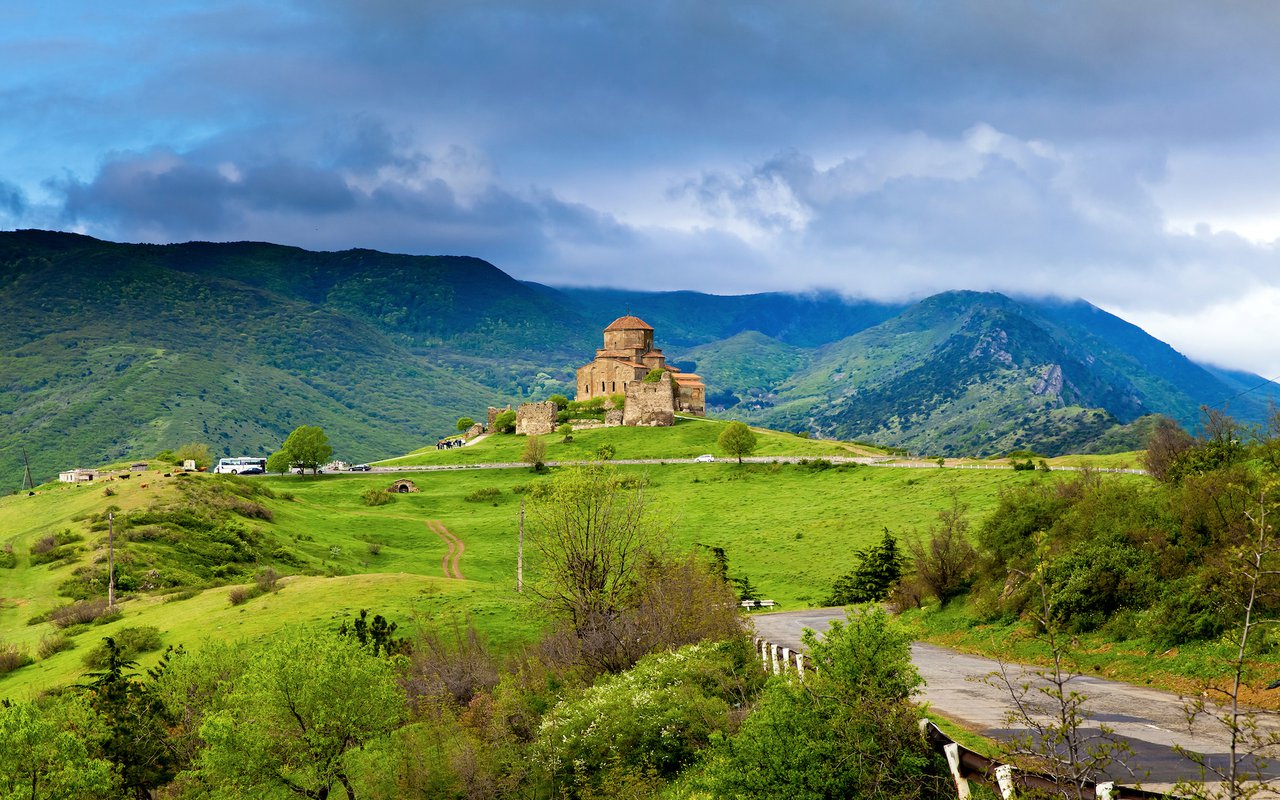 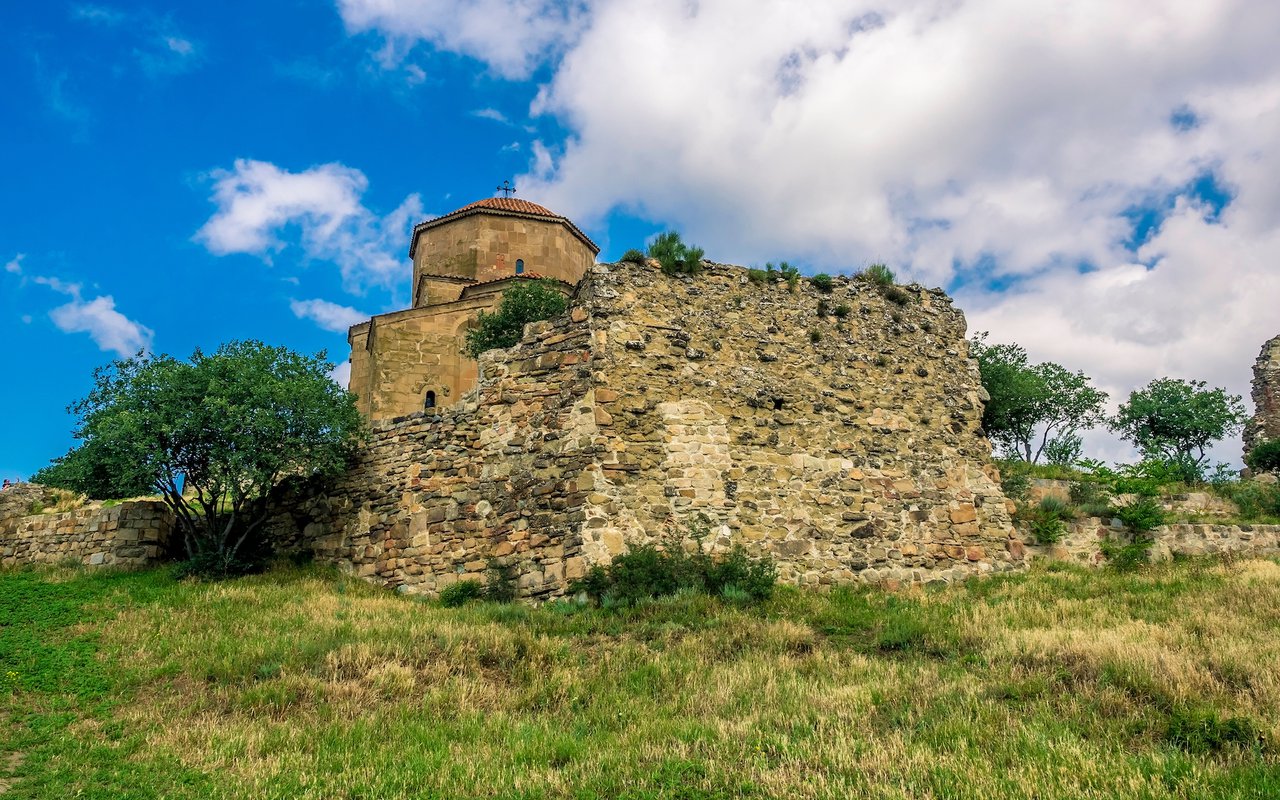