The picturesque Natural Bridge rock formation of the Springbrook National Park-once formed by the waterfall force over the erosive basalt cave-is easily accessible from the car park on Nerang-Murwillumbah Road.

Start the clockwise short one kilometer subtropical circuit and go down to the rock arch of the Natural Bridge through the ancient rainforest of Gondwana.

Riflebirds, green catbirds, wompoo fruit-doves and also rare and endangered species such as the cascade tree frog, tusked frog, sooty owl and koala during the day spot paradise. Join a guided nocturnal tour at night to see protected glow-worms and microbats in the resident colony. See also luminous fungi and fireflies on the summer nights. 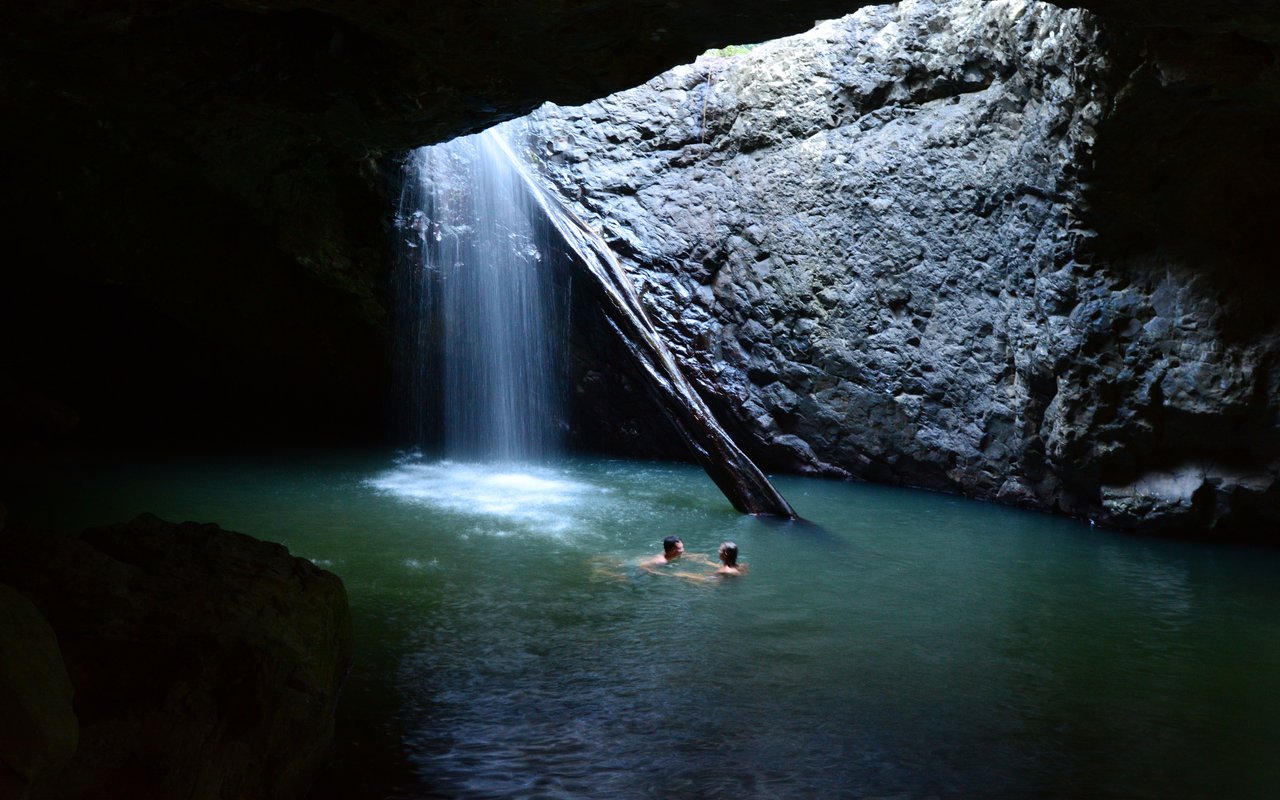 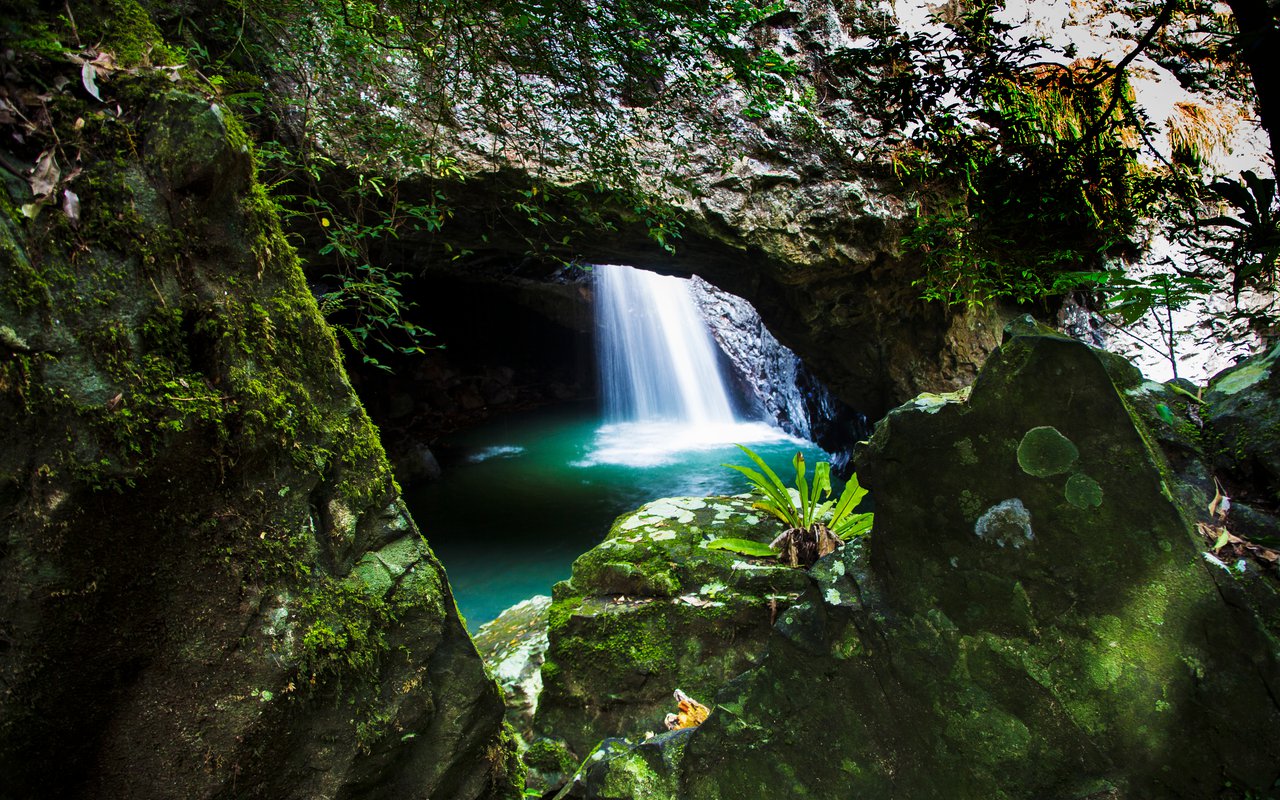 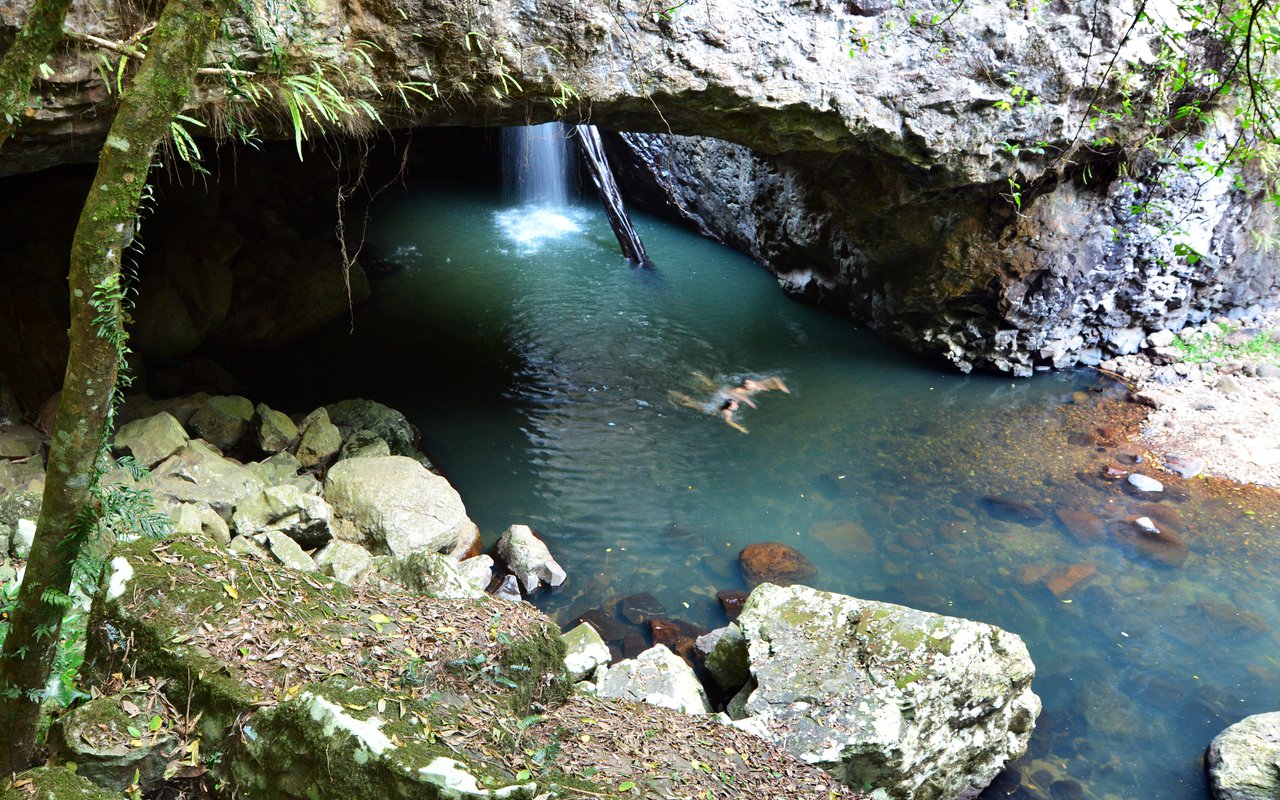