When Pearl bought the property that is now his garden, it was a corn field. There were no plants on the property. In the early eighties, he began planting and pruning trees and shrubs. Subsequently he has transformed his yard into an internationally-known topiary garden in two-and-a-half decades of near constant labor, that attracts 5,000 visitors a year. History tells that when he first moved to the small town in the 1980s, he was almost unable to build his house because neighbors feared that as an African American, he wouldn’t keep up his yard. Unwavering to chase away that stereotype, Fryar went on to win “Yard of the Month” from the local garden club. Since then, he’s created a world-renowned topiary garden with many of the plants were “throwaways” that Pearl rescued from the compost pile at nurseries. Pearl took the plants that were too “ugly” or too sick to sell and turned them into impressive topiaries. Most of the plants in the garden are junipers, hollies, Leyland cypress, pines, or oaks. Pearl maintains his topiary by trimming them every 4-6 weeks.

On your visit you will find following:

The metal sculptures and fountains: they are designed and constructed by Pearl. He uses scrap metal to create his “junk art.” If you look closely at his sculptures, you will often see the words “peace” or “love.” Pearl is particularly proud of his piece “Hate Hurts” near the bridge to the Garden with a Message.

The large mushroom-shaped trees:  the square tree, and the “bird house tree” in the southwest corner are live oaks. Pearl started trimming them in the mid-1980s. The square tree was originally round, but Pearl worked on them for 4 years turning it into square shape.

Fishbone: Pearl planted this Leyland cypress. It took seven years to grow the tree into a design often described as a “fishbone.” This tree is considered Pearl’s signature tree and appears on the A Man Named Pearl poster and DVD cover.

Pearl’s message: As visitors leave the garden, the last thing they see are the 8-foot-tall letters of Pearl’s message cut into the ground. Pearl hopes that all visitors take with them the message of Love Peace + Goodwill. 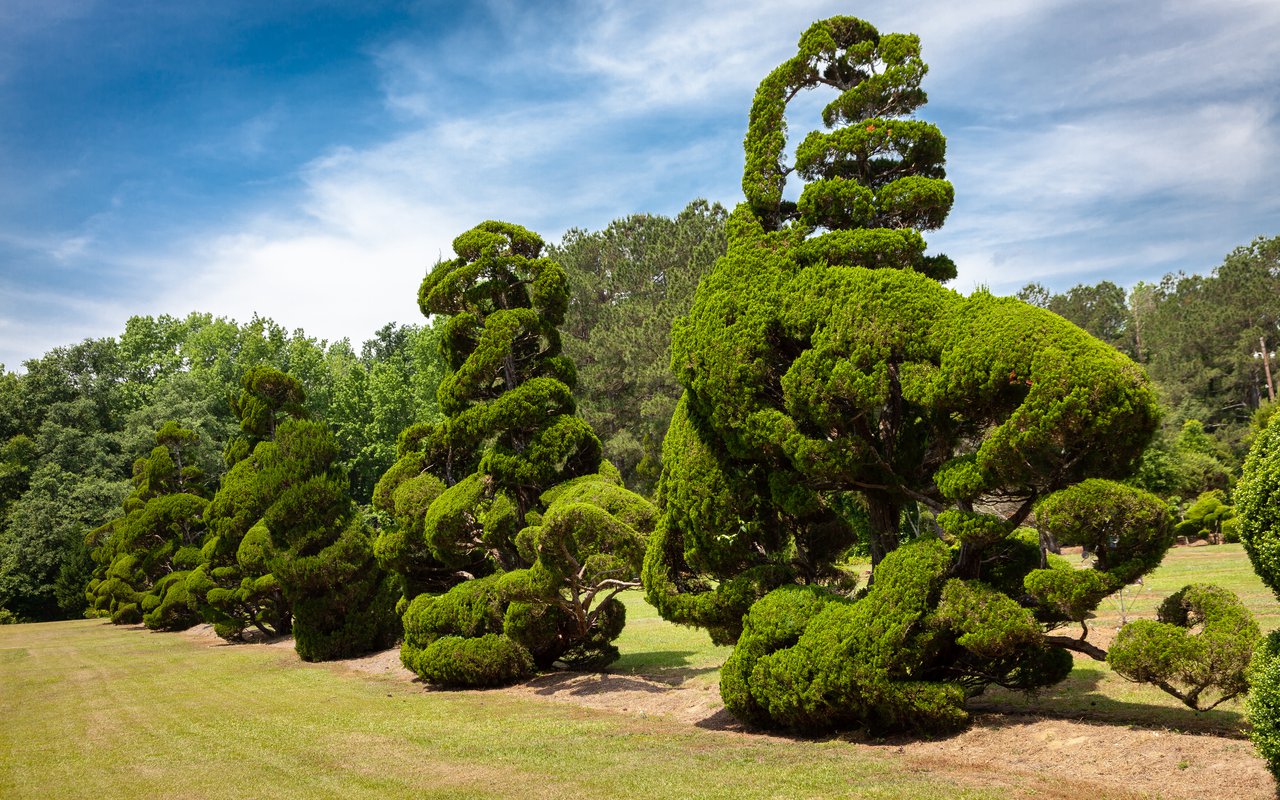 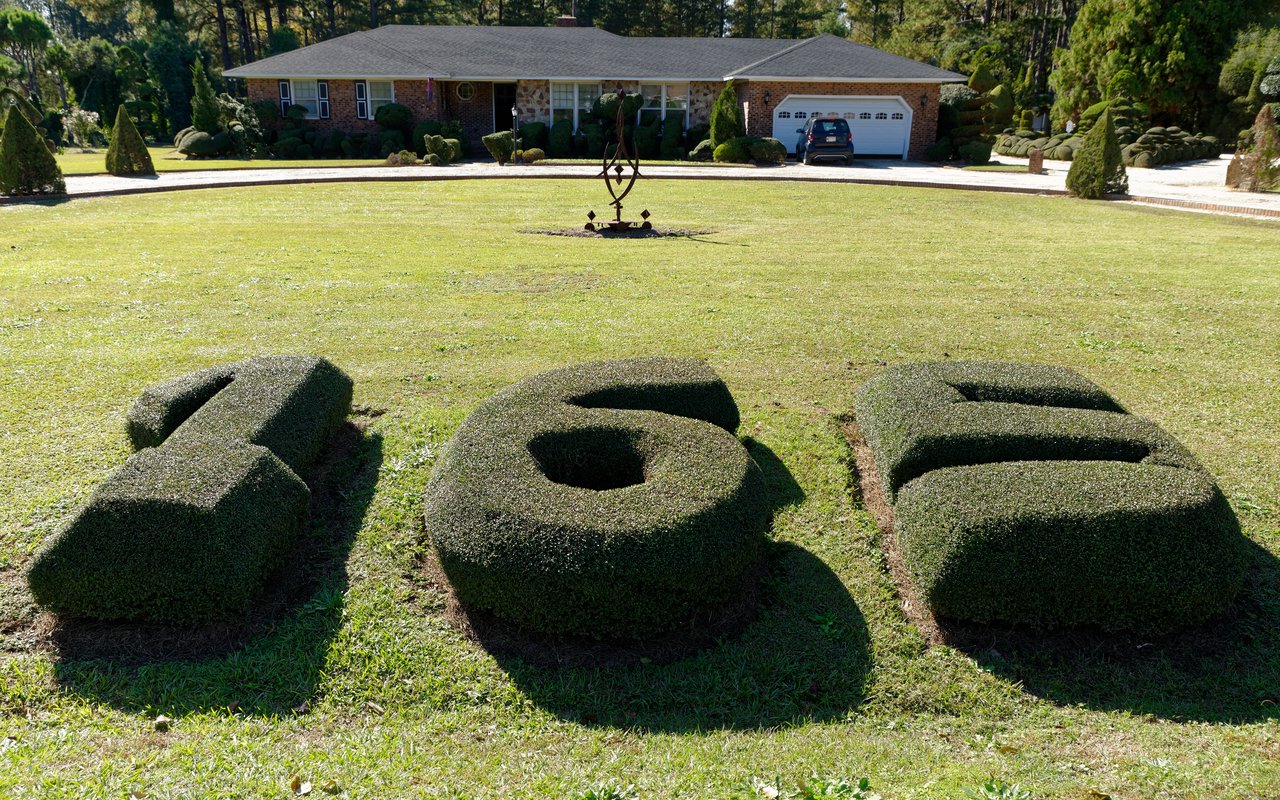 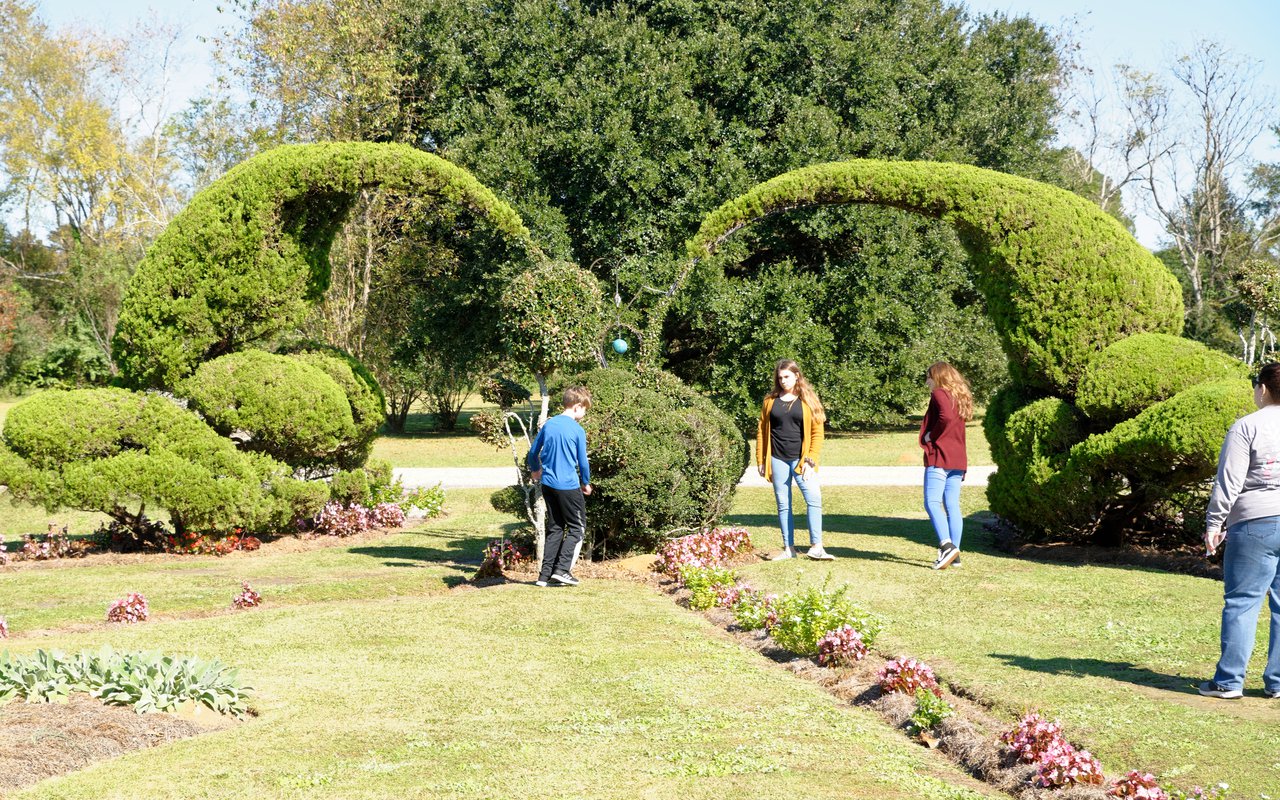 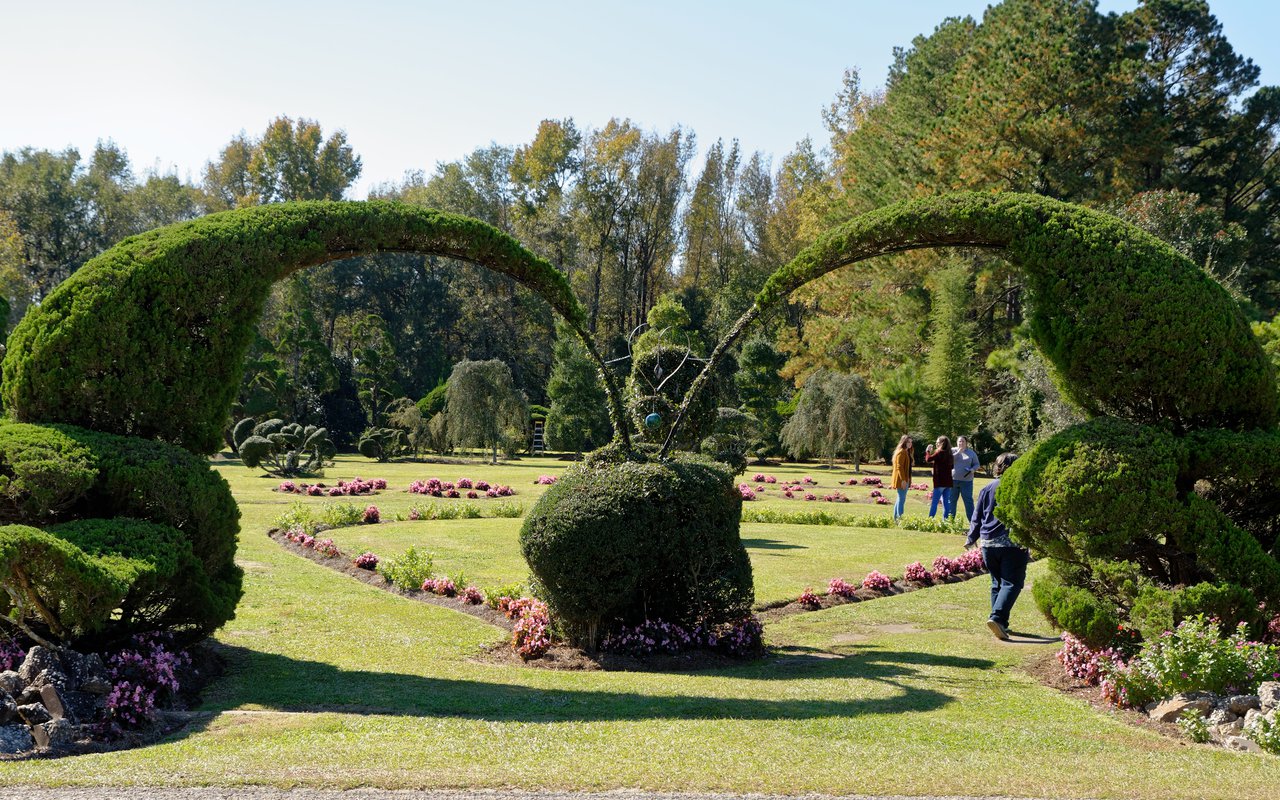