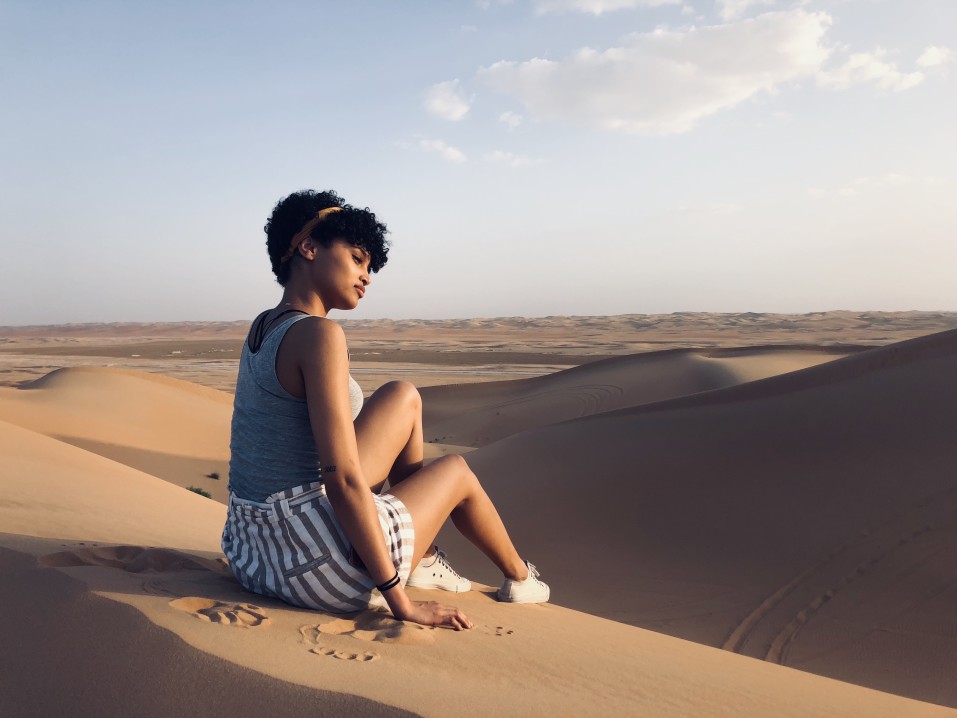 Oberbaum Bridge is a double-deck bridge over the River Spree and one of the most photographed bridges in Germany.

The Oberbaum Bridge has two towers, an elevated subway/underground line on the upper story and a pedestrian walk that has a cloister vault-like in the Middle Ages.

The original Oberbaum bridge was built during 1894 and 1986 in the Gothic Revival style and in 1902 the subway/underground rails were ready However during the Second World War it was partly blasted by the German troops on Hitler’s command.

It is worth crossing the road to get onto the riverside walk on the 'other' side as this gives a beautiful and quiet view and it is easy to get a great photo with the reflection in the river. 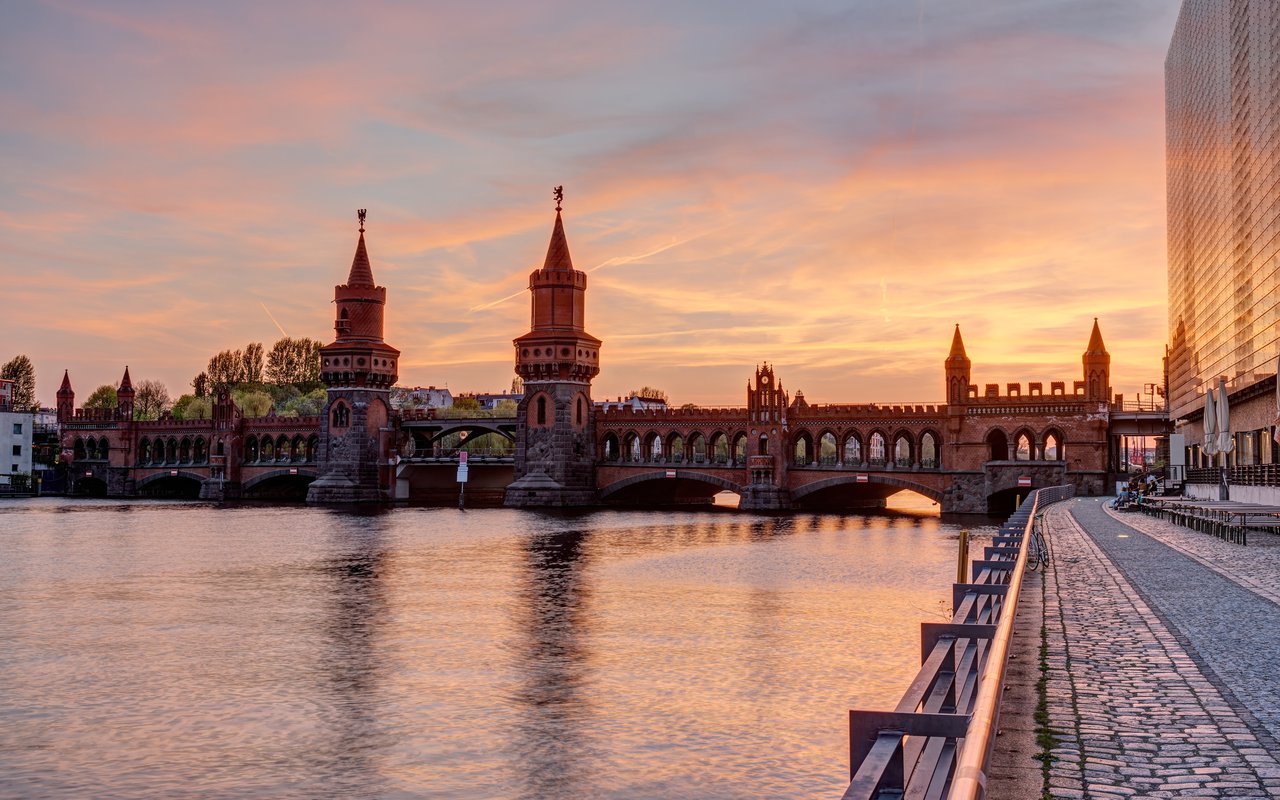 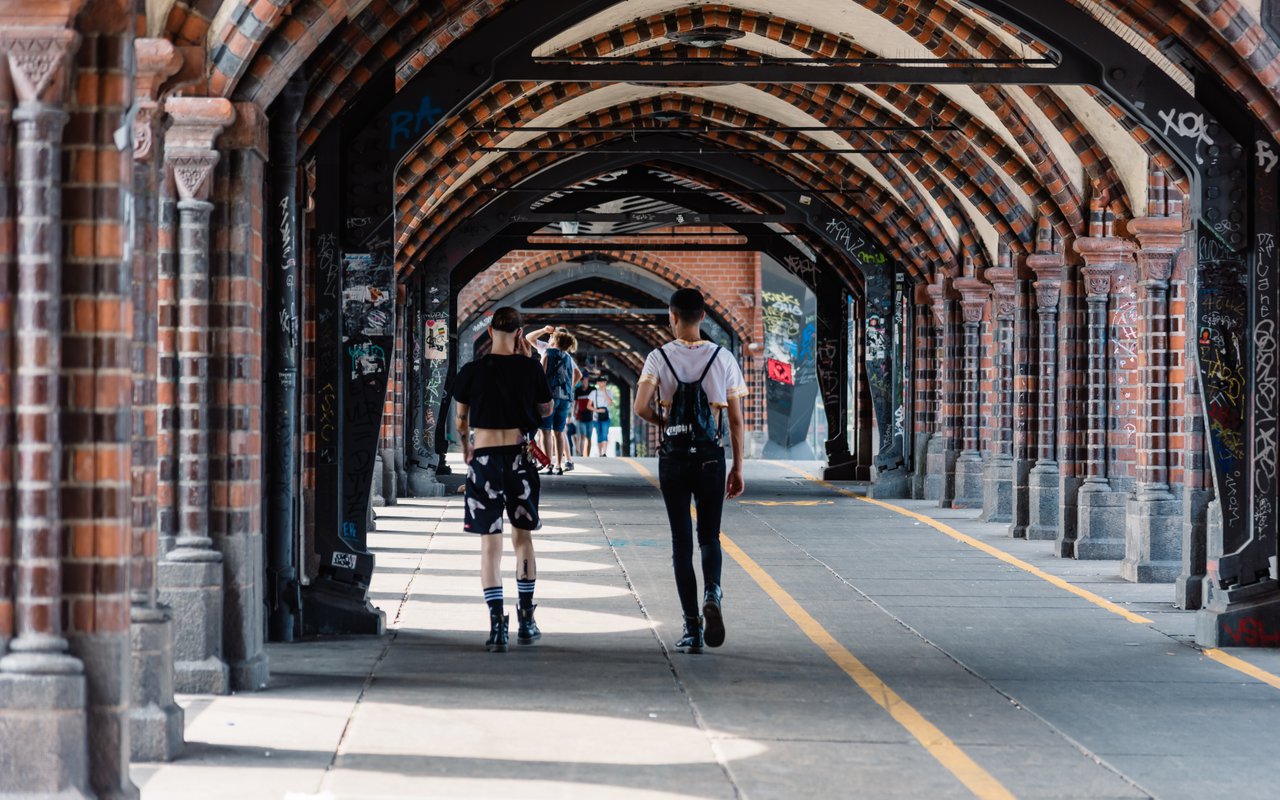 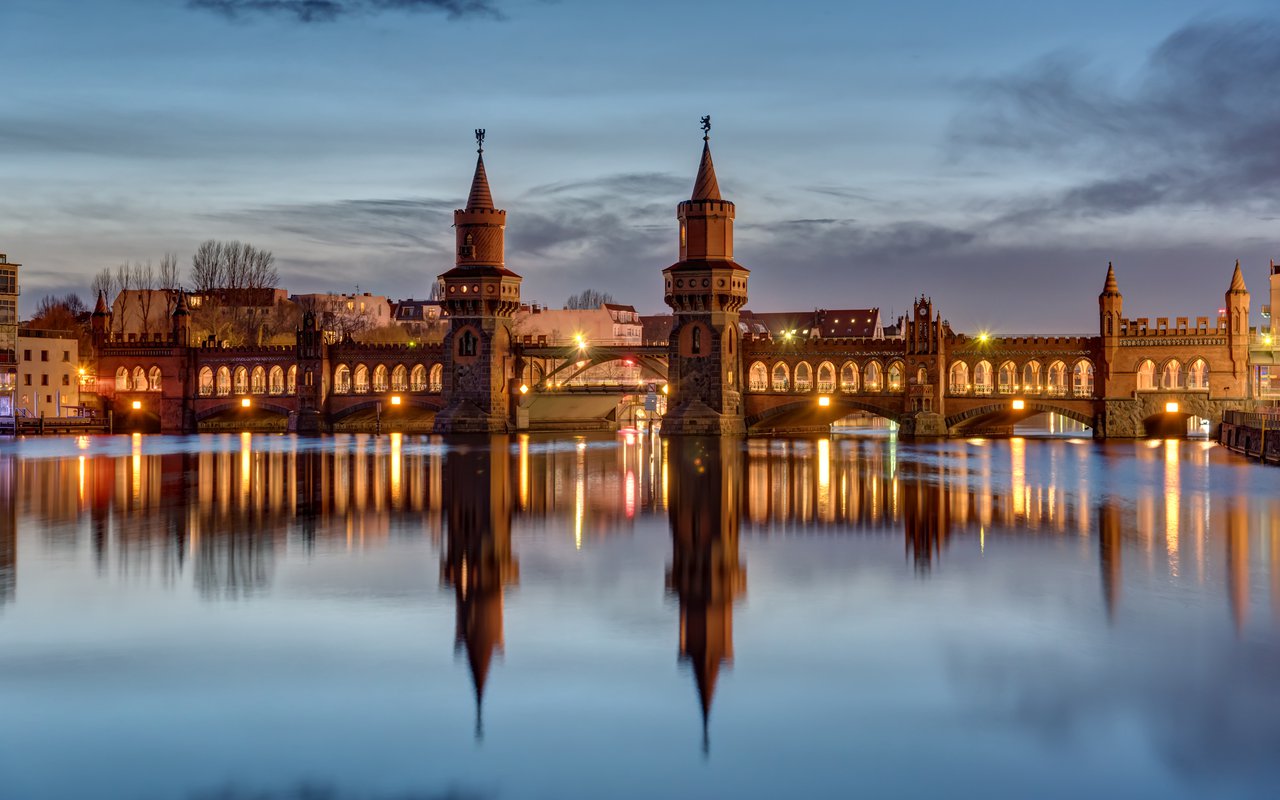 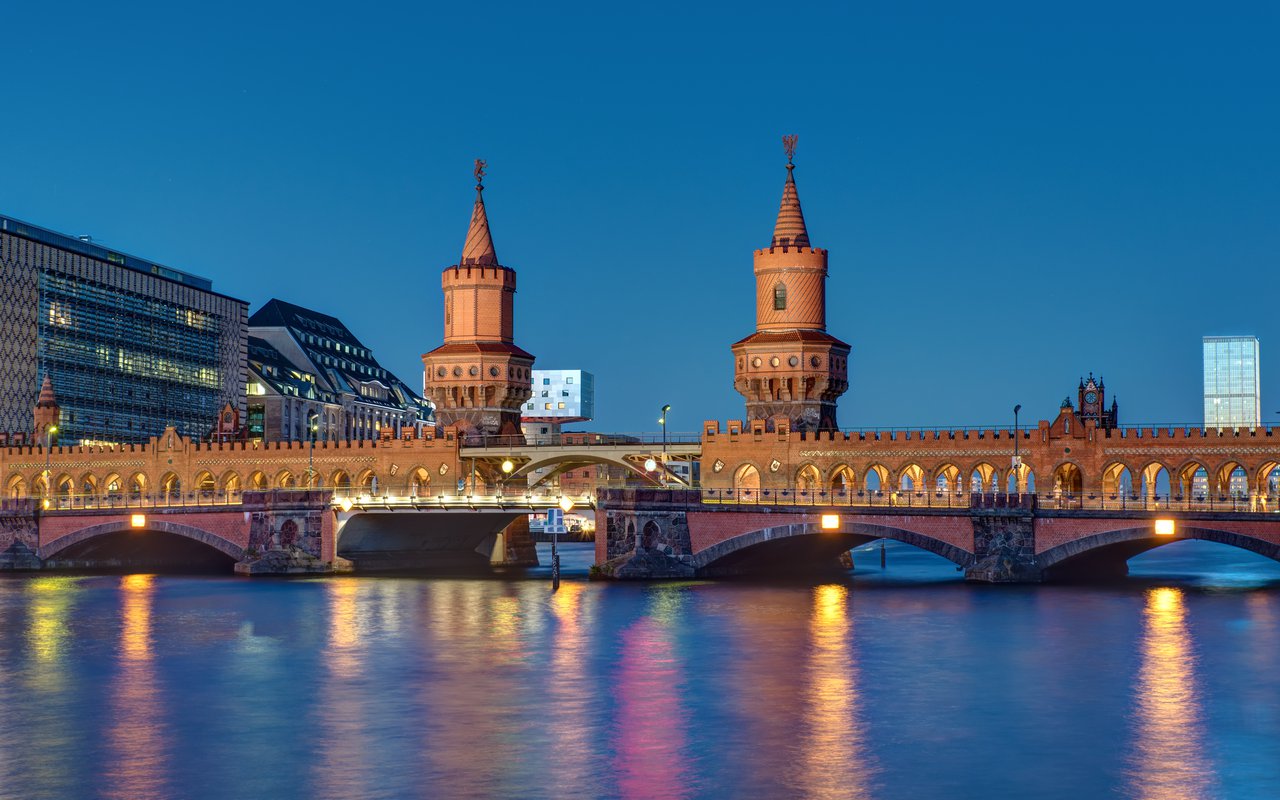 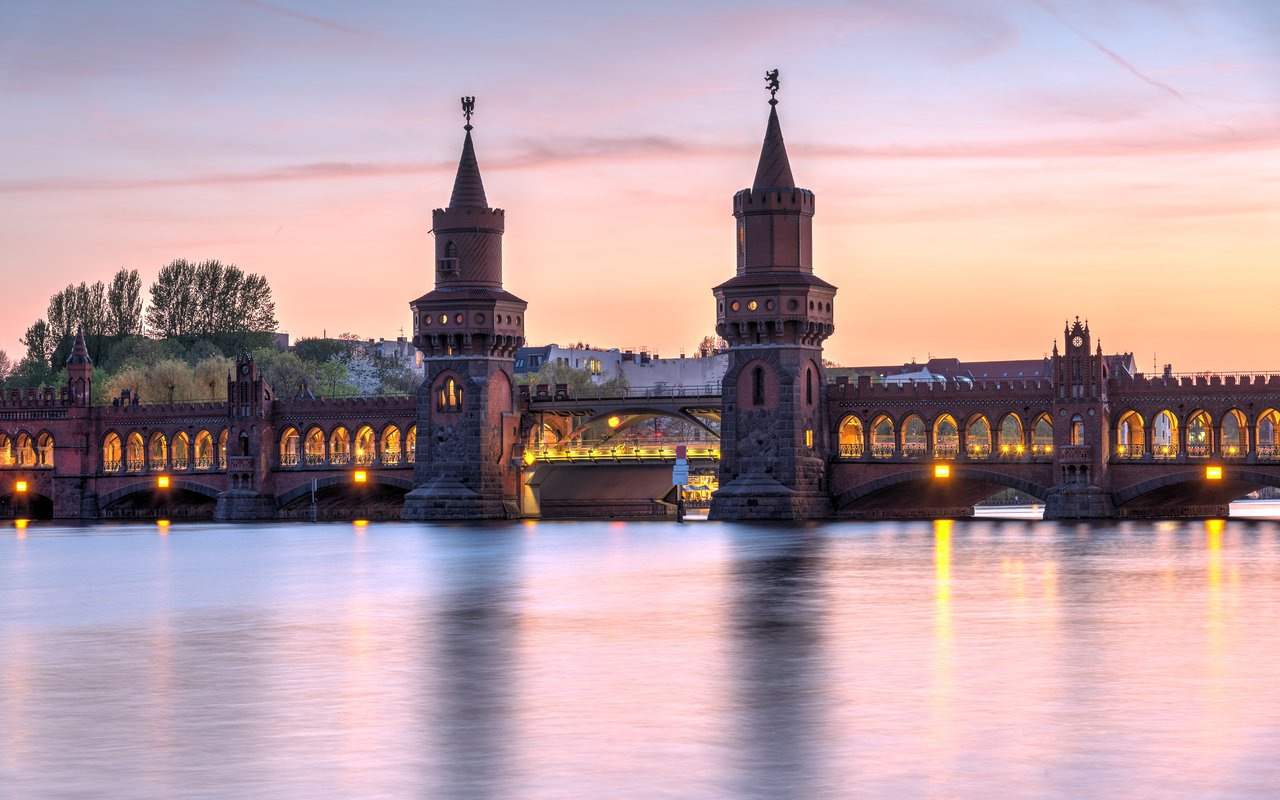