Photograph the Temple of Augustus

Temple of Augustus is one of the oldest and also one of the most hidden treasures. Placed in the city’s Gothic quarter, four 2,000-year-old columns from the Roman Empire’s Imperial Period are guarded by the building that houses the Centre Excursionista de Catalunya (Hiking Club of Catalonia).

The temple was built to praise Emperor Augustus and once overlooked over the ancient Roman city of Barcino. It was built of sandstone from nearby Montjuïc Hill or at least partly plastered over. This temple was first discovred in the 15th century, but no one could figure out their origin until the 19th century when it was realized they were, in fact, the remains of a Roman temple. Eventually, the fourth column was rebuilt from the remains of the other columns and erected in the Plaça del Rei (King’s Square) in 1879, where it lingered until 1956 when it was transferred to the place where it stands presently, next to the first three columns, which have never been moved.

Once you get here you can relax on the granite bench to admire in detail each of the columns, as well as reading about their history. This is a fantastic place to enjoy your lazy afternoon! 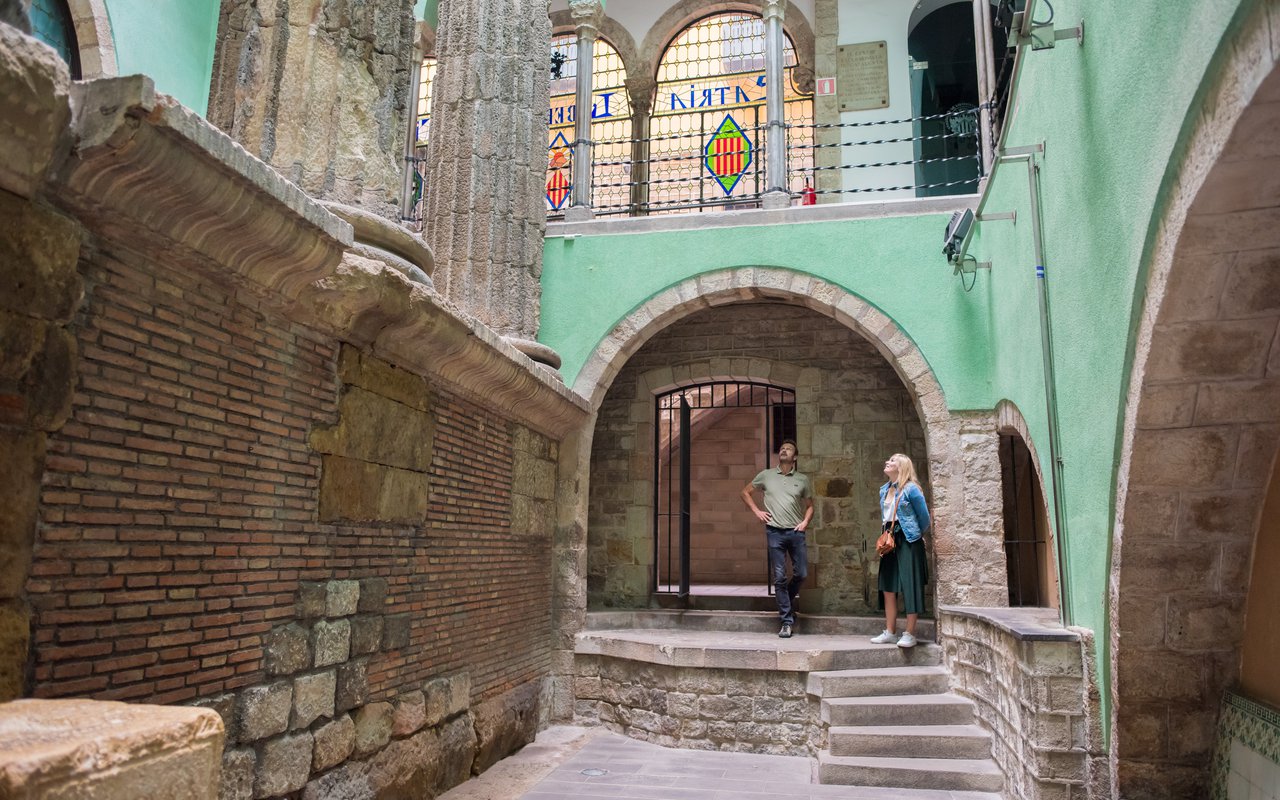 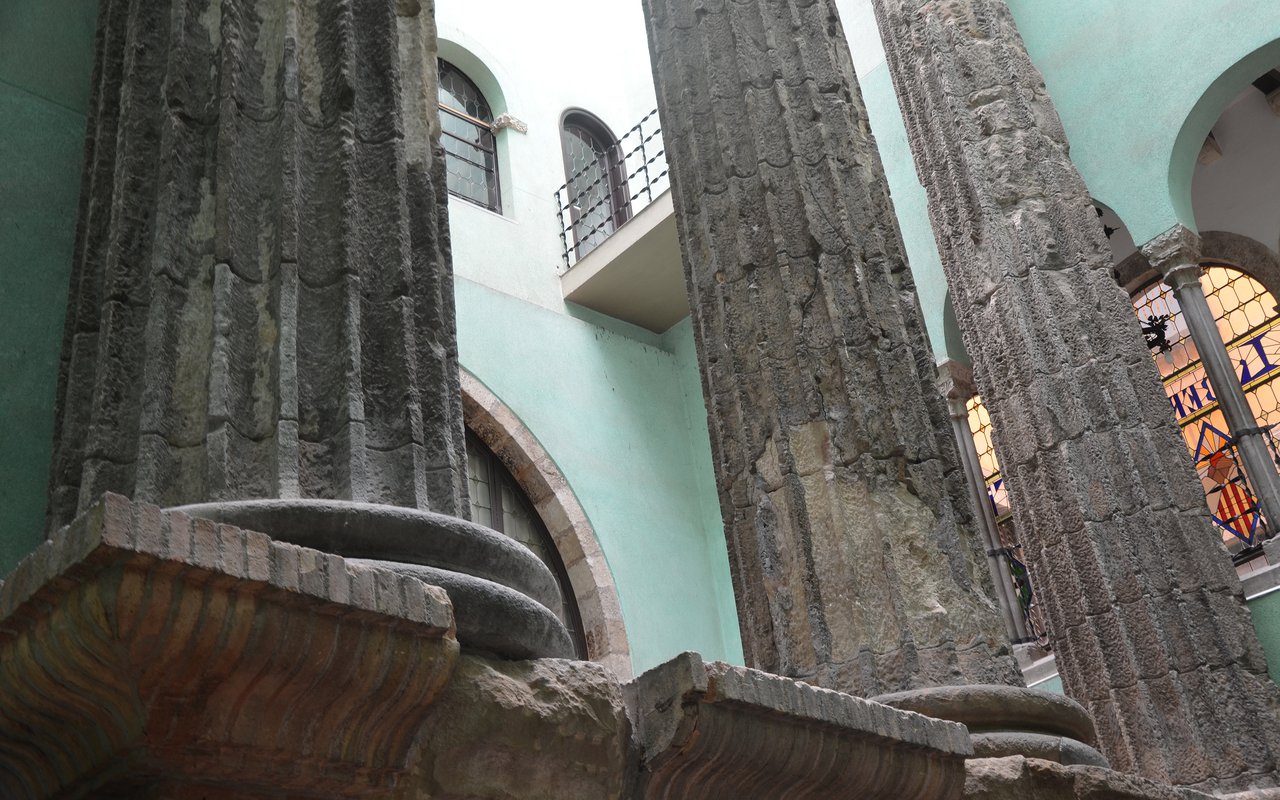 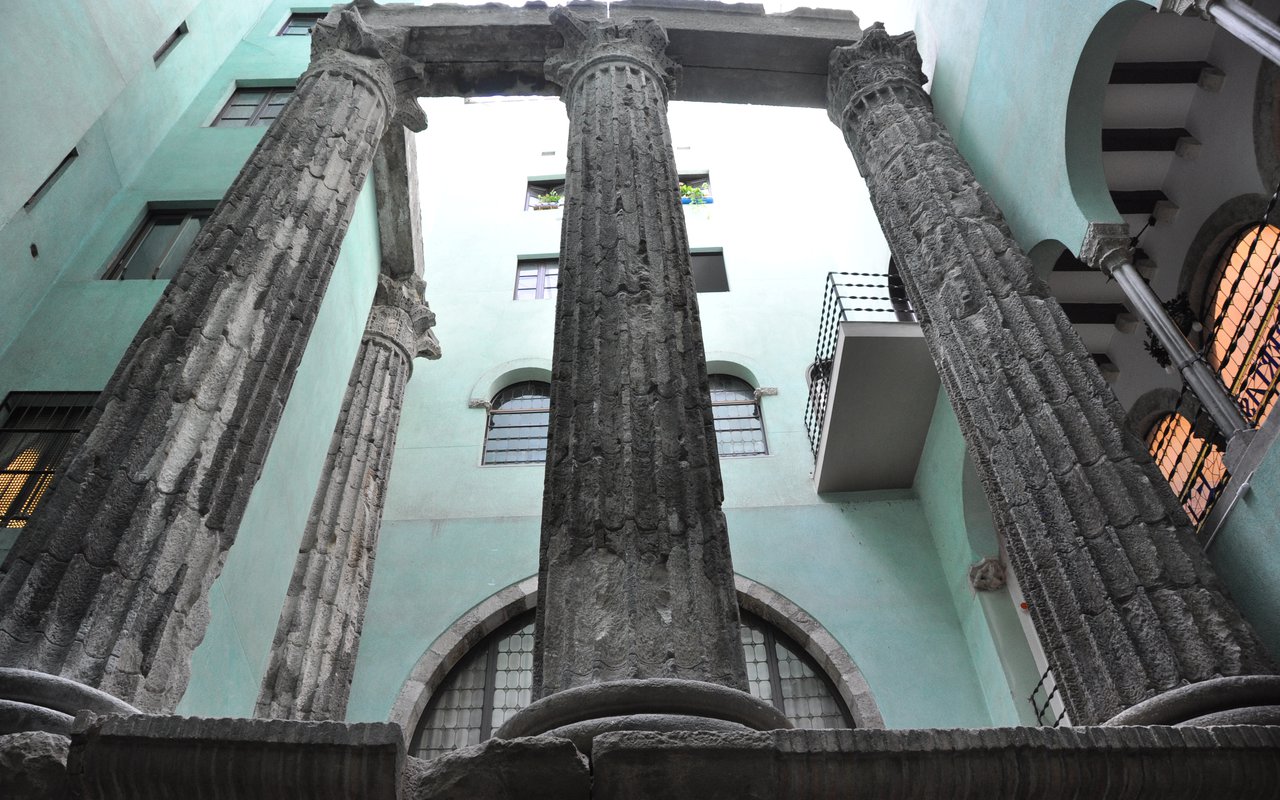 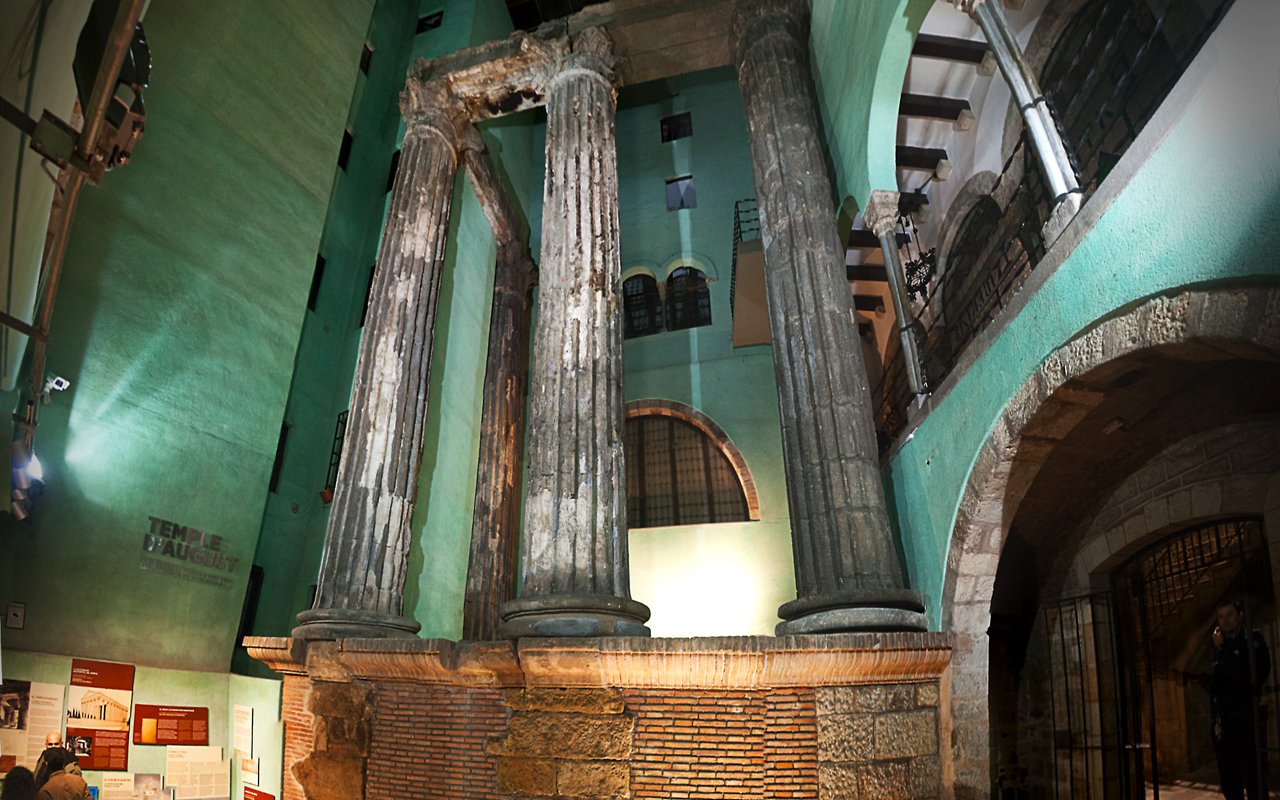