A pair of 922 foot high summit Twin peak is known as the second tallest peak in the city San Francisco. These peaks form a divide for the summer coastal fog pushed in from the Pacific Ocean where west-facing slopes often get fog and strong winds, while the east-facing slopes receive more sun and warmth. In the early 18th century they called the area "Los Pechos de la Chola" or "Breasts of the Indian Maiden" and devoted the area to ranching , soon when San Francisco passed under American control during the 19th century, it was renamed as "Twin Peaks". There are pathways up to the top of both peaks; they’ve recently been improved with rustic wooden stairs making ways easier. It is one of the most spectacular of all the San Francisco sights where locals like to take their guests. One can view many of San Francisco's landmarks: the Golden Gate Bridge, Bay Bridge, Alcatraz, Transamerica Building, downtown skyscrapers and Market Street.

Twin peaks is reputed to have extreme weather conditions where it gets windy and cold, due to its high, exposed position yet it divides the line when the fog rolls in, leaving the western half of the City socked in and the eastern half in the sun.

Let’s talk about view points and incredible sites one can have from the elevation of 922 feet.

In addition to having many native plants covering the slopes of Twin Peaks, these hills are the habitat for pretty little butterflies known as mission blue butterfly that only exist in two places on earth i.e. Twin Peaks and San Bruno Mountain in San Francisco.

One can have clear view of Market Street straight from the twin peaks down there as shown in picture given below.

You might also see the green hill on the left The Corona Heights.

To the north is one of the city's reservoirs which is owned by the San Francisco Fire Department.

The San Francisco Police Department Academy is to be seen at the base of the peaks.

Christmas Tree Point lies some 70 feet (21 m) below the North Peak and offers vistas of San Francisco and San Francisco Bay where the view to the north extends no farther than Cobb Mountain 120 km away.

One can also have a great view of Tank Hill lush green and beautiful.

You can also see the Golden Gate Bridge from up here, and over to Oakland as well.

For a better view, climb the rugged stairs to the top of one of the peaks where you will feel like you're floating above the whole Bay Area!

You must watch out for the weather conditions as on a foggy day you might miss the scenic view swirling in fog.

Given pictures would totally explain at what time of hour you should went in to capture perfect moments. 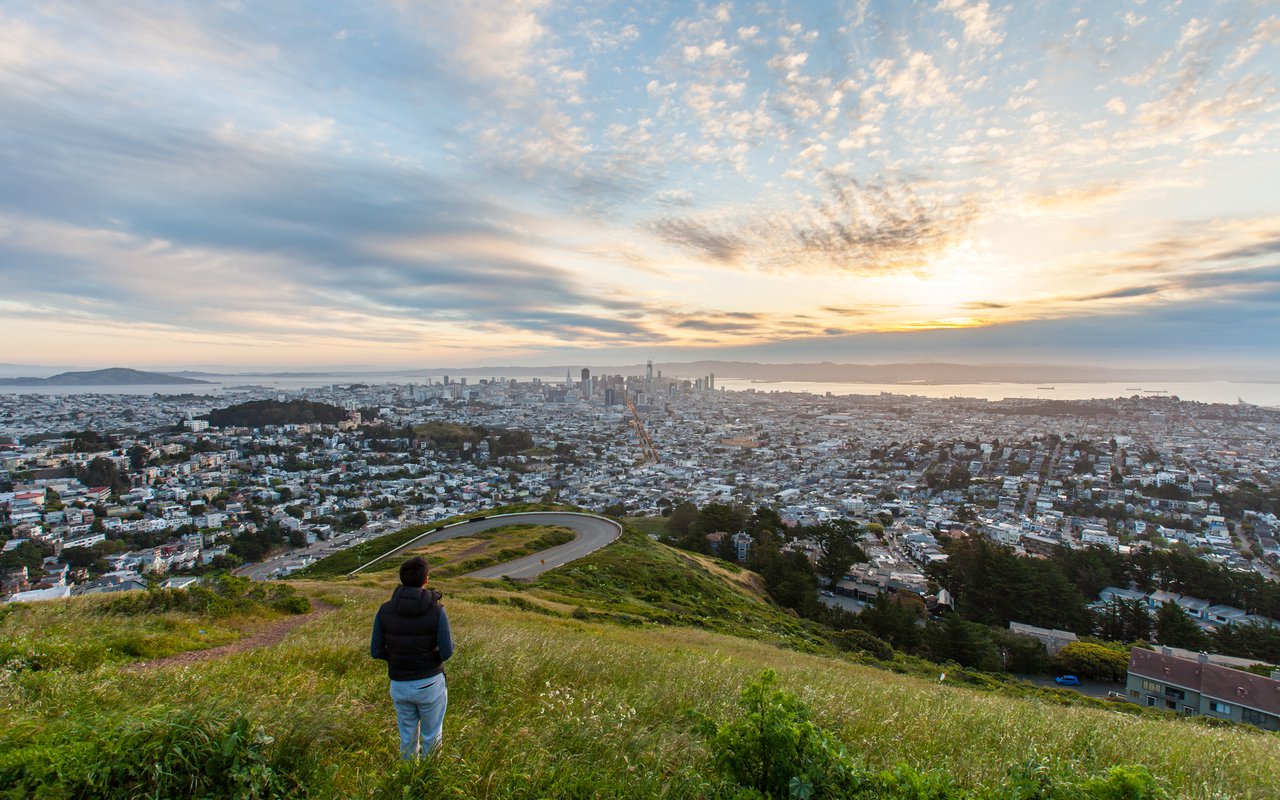 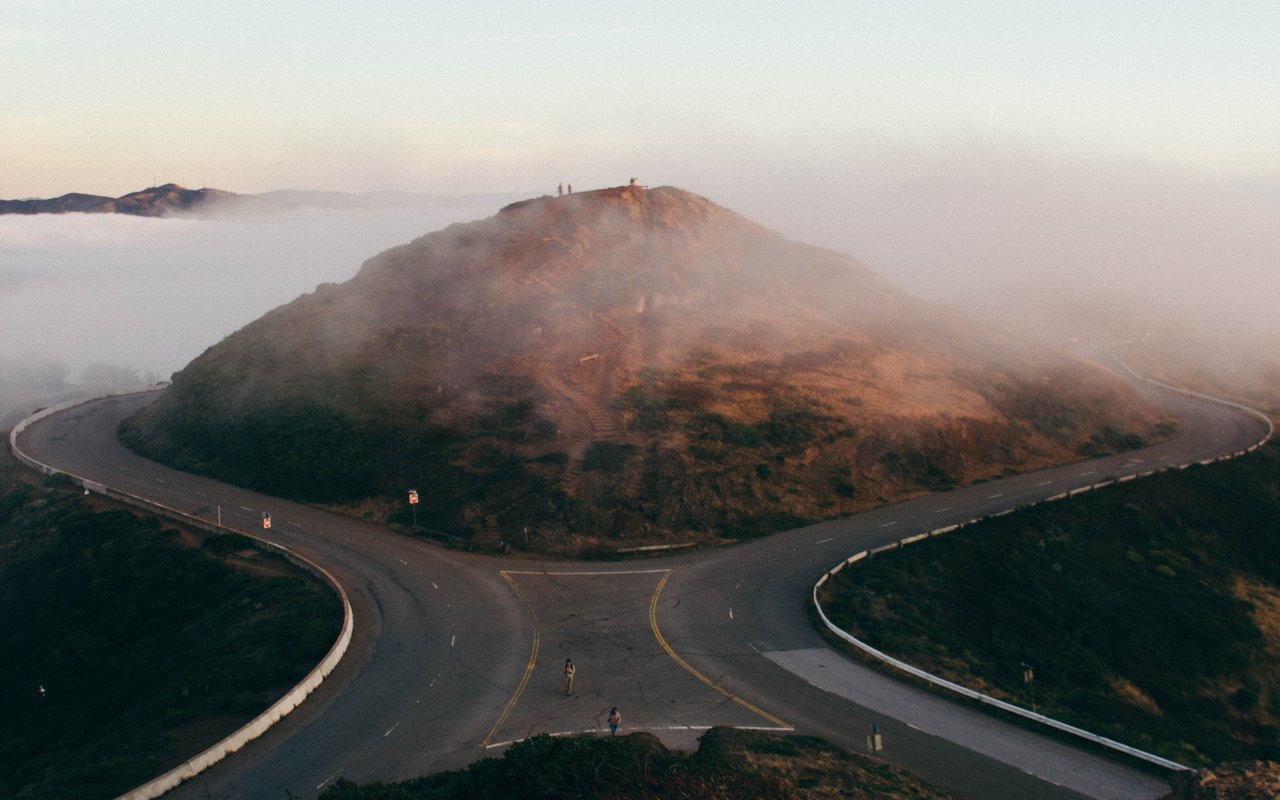 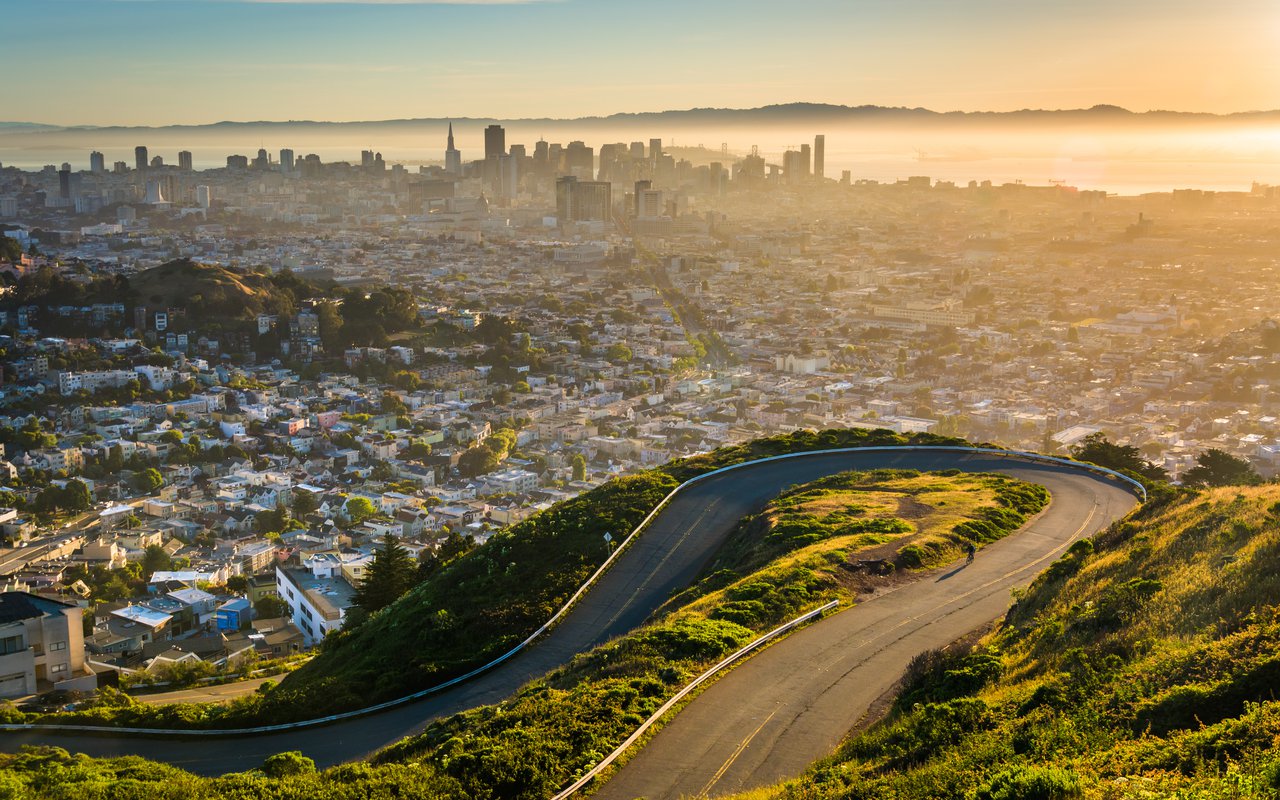 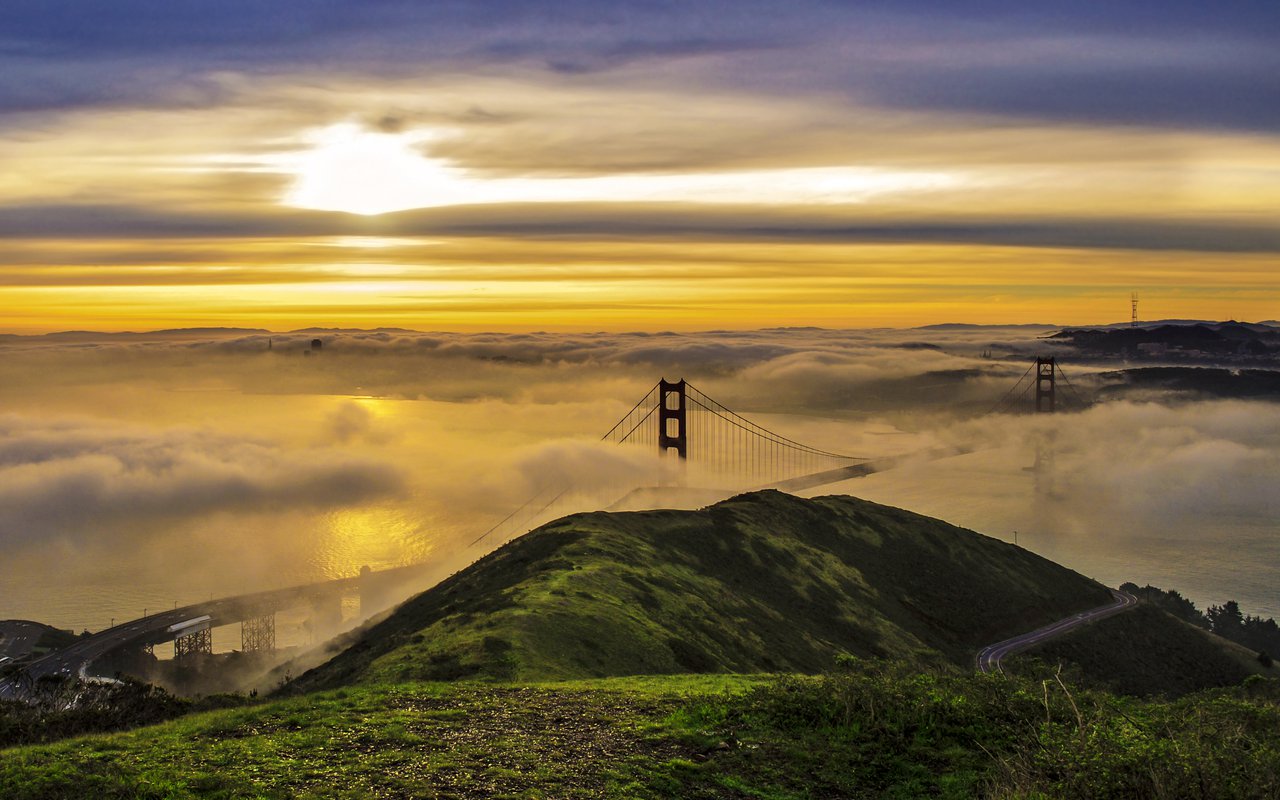