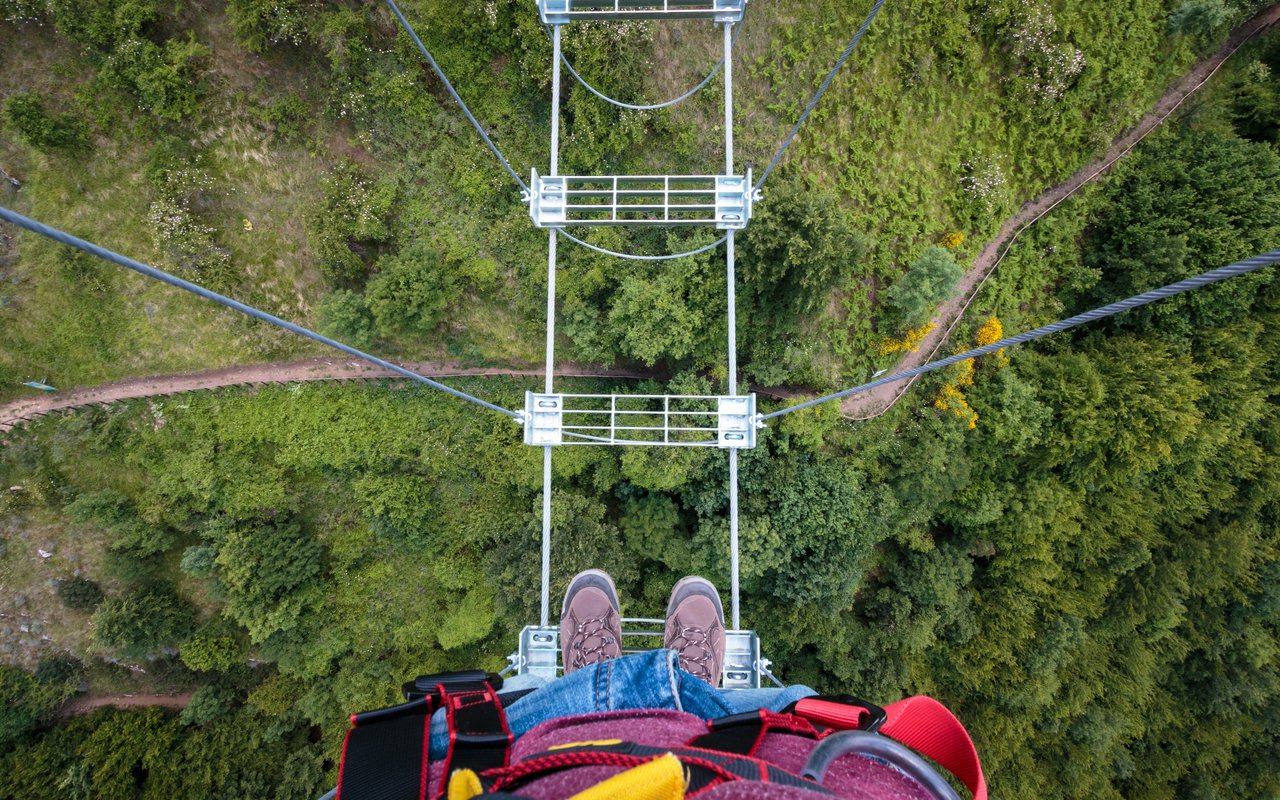 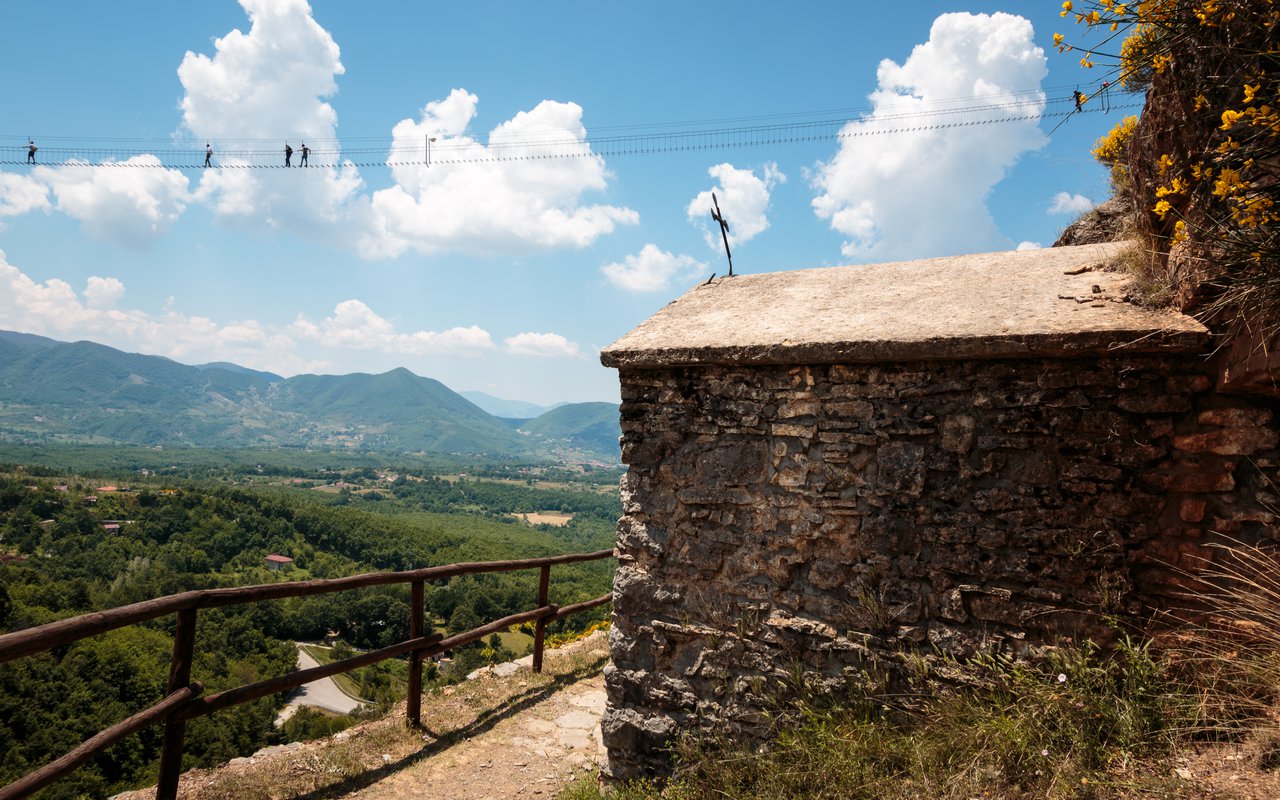 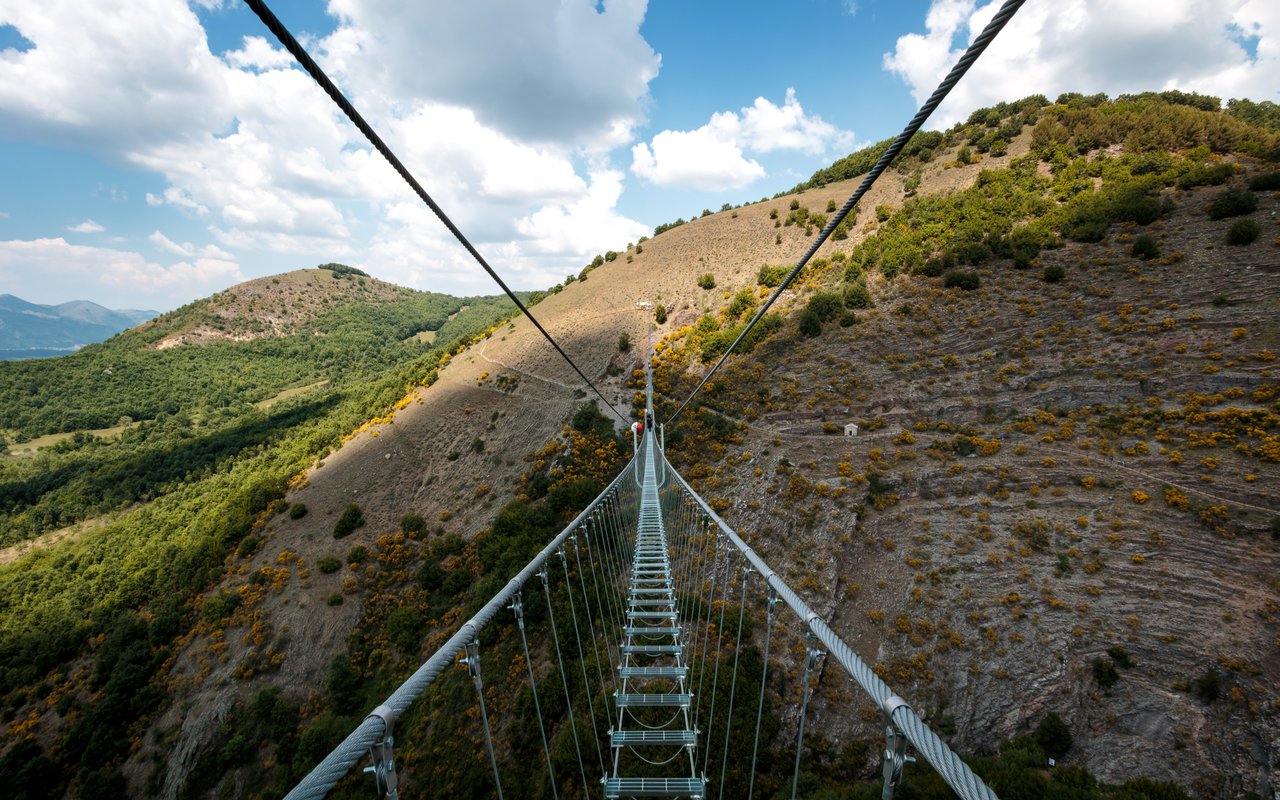 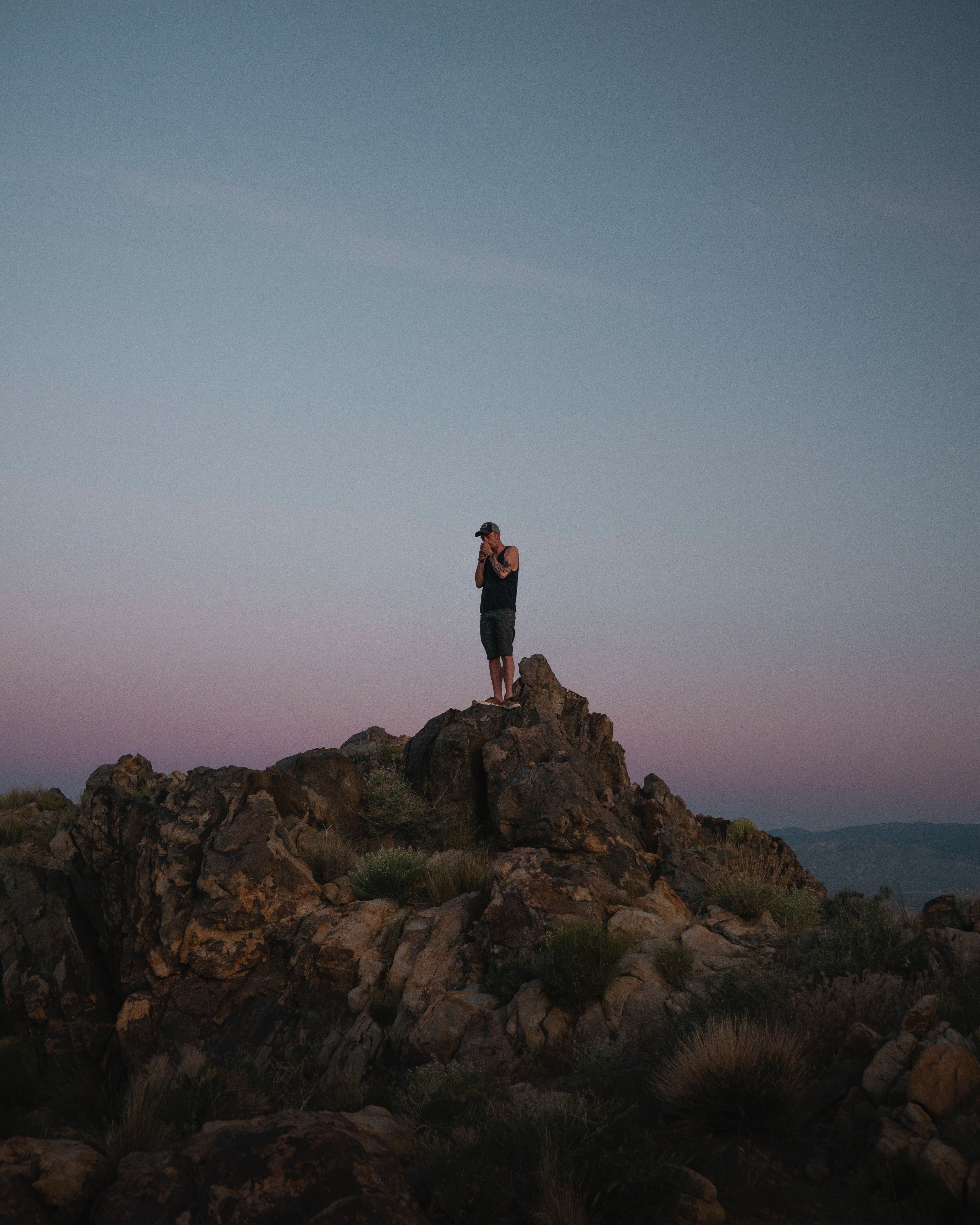 This place is also commonly known as the Tibetan Bridge(s) because of its similarity in its construction, but that where its end. The path to Tibetan bridges in Sasso di Castalda is located on the sides of the “Fosso Arenazzo” which begins right at the foot of the picturesque old town. Within the narrow streets that branch off between the characteristic stone houses of the old town, you come to the beginning of the first bridge, which 95 meters long and suspended about 70 meters high, and across which you can reach the opposite side on a slope characterized by distinctive geologic formations. Following the path along the bank of the “Fosso”, you go past the votive chapel and in 15 minutes you will get to the start of the incredible “Bridge to the moon.”

Going along the path along the bank of the Fosso, you pass the votive chapel "Madonna Delle Grazie" to reach the start of the impressive "Ponte Alla Luna" in 10 minutes.

Through a single span of 300 meters and suspended in a vacuum at 102 meters high from the stream below, literally walking in the air you get to the ruin of the castle that dominates the village from a suggestive panoramic point.

The arrival is a terrace overlooking the bridge, a glass sky-walk, which invites you to catch your breath realizing the path faced.

In the immediate vicinity, from the ancient ruins of the Medieval Fortress, there is a lookout with rotating binoculars, from which to admire the panorama of the surrounding mountains at 360 degrees.

Going down a comfortable stretch of stone steps, you go back to the old town through the characteristic church of "St. Nicholas" has recently been restored.

The total duration of the route of the two Tibetan bridges is about 1 hour and a half. Costs 15euros, including harness and kit. You get to do a short bridge first, then go along the longer one.