The Rue Foyatier is a street in Paris ' 18th district on the Montmartre butte ("outlier"). Opened in 1867, it was named after the sculptor Denis Foyatier (1793–1863) in 1875. One of Paris ' most famous streets is the ascent of stairs leading to the top of the hill, the basilica of the Sacré-Cœur and the other attractions of the upper Montmartre district. The funicular of Montmartre is running alongside it.

Despite its lack of vehicle access, Rue Foyatier has become a much sought-after address, not least because of the proximity of the basilica of Sacré-Cœur and its beautiful views of Paris from Montmartre Hill (French: La Butte de Montmartre). One of the favorite gates used by sightseers on their way to the old district of Montmartre in the 18th arrondissement is the Anvers metro station (line). A short walk along Rue de Steinkerque leads to Place Saint-Pierre, where the Sacré-Cœur's white mass appears perched on top of Montmartre's hill.

This is a fantastic place to sit down and have coffee while enjoying the view of Paris. 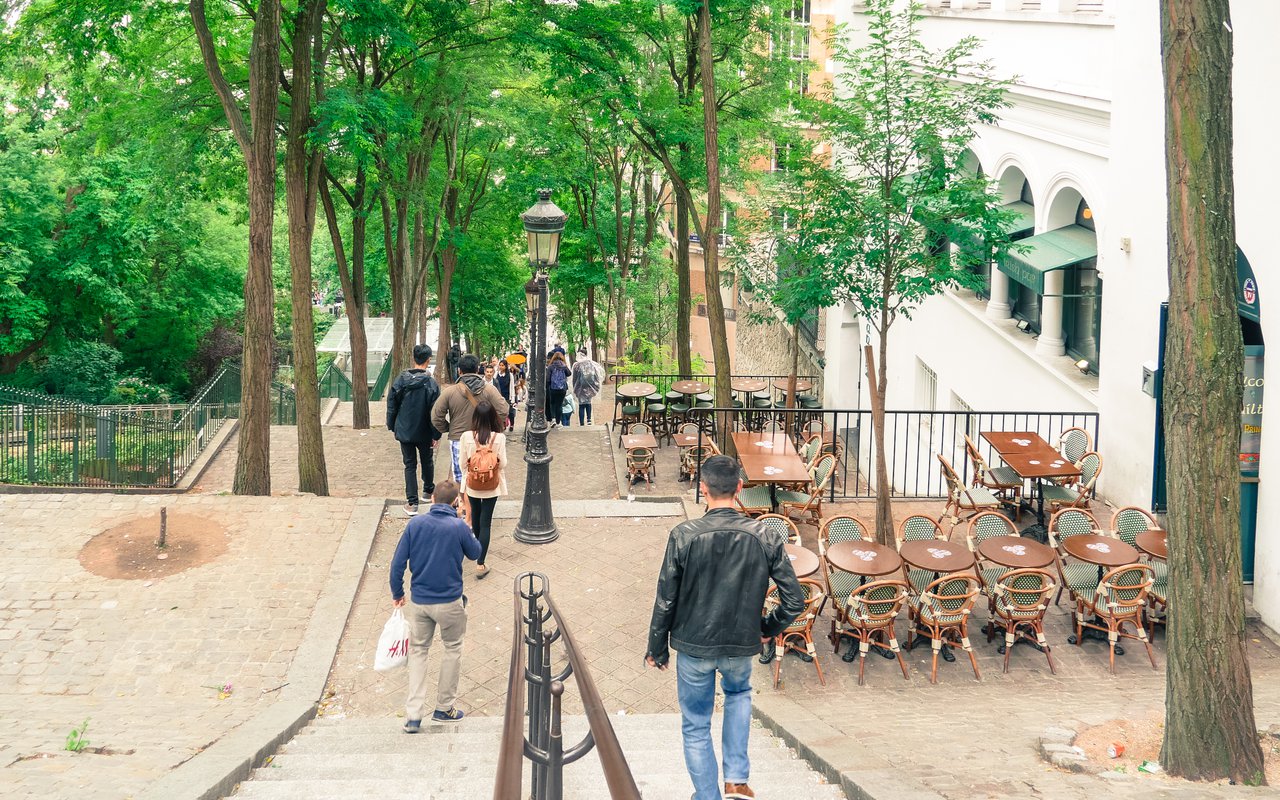 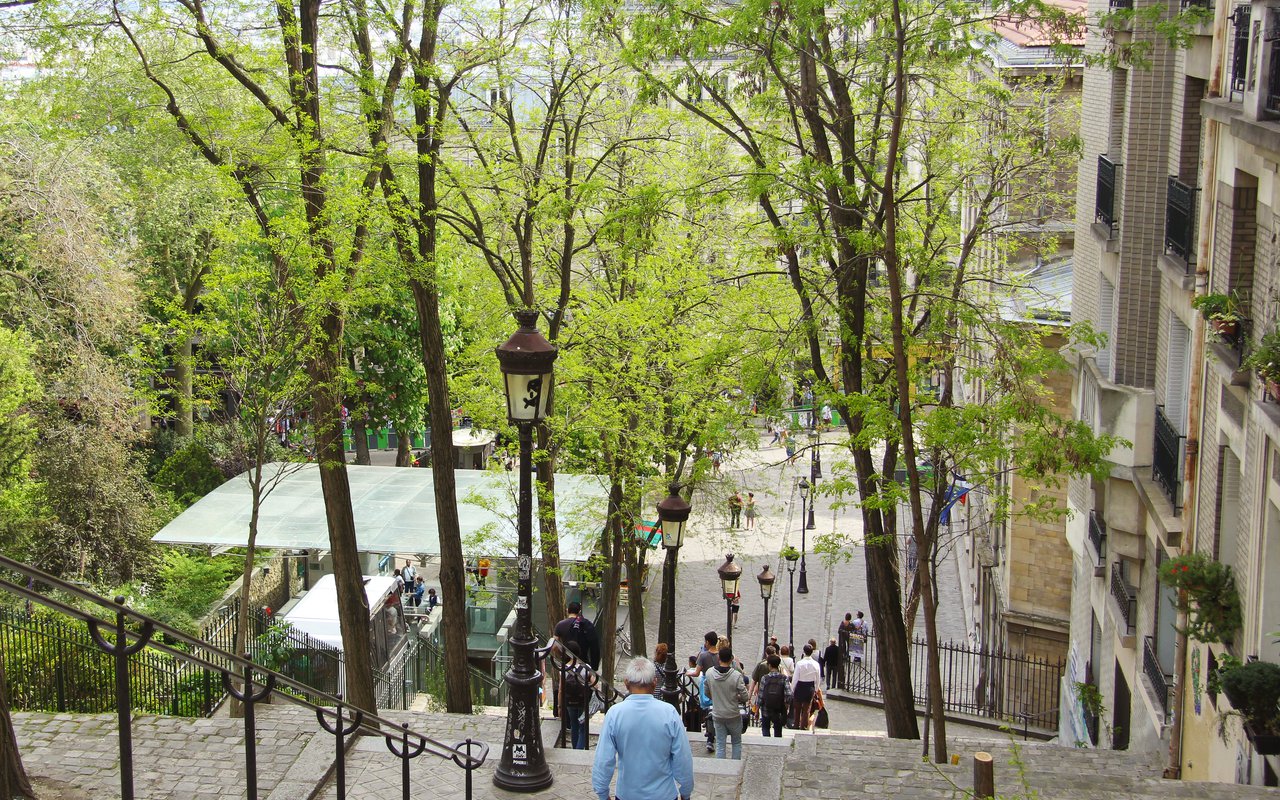 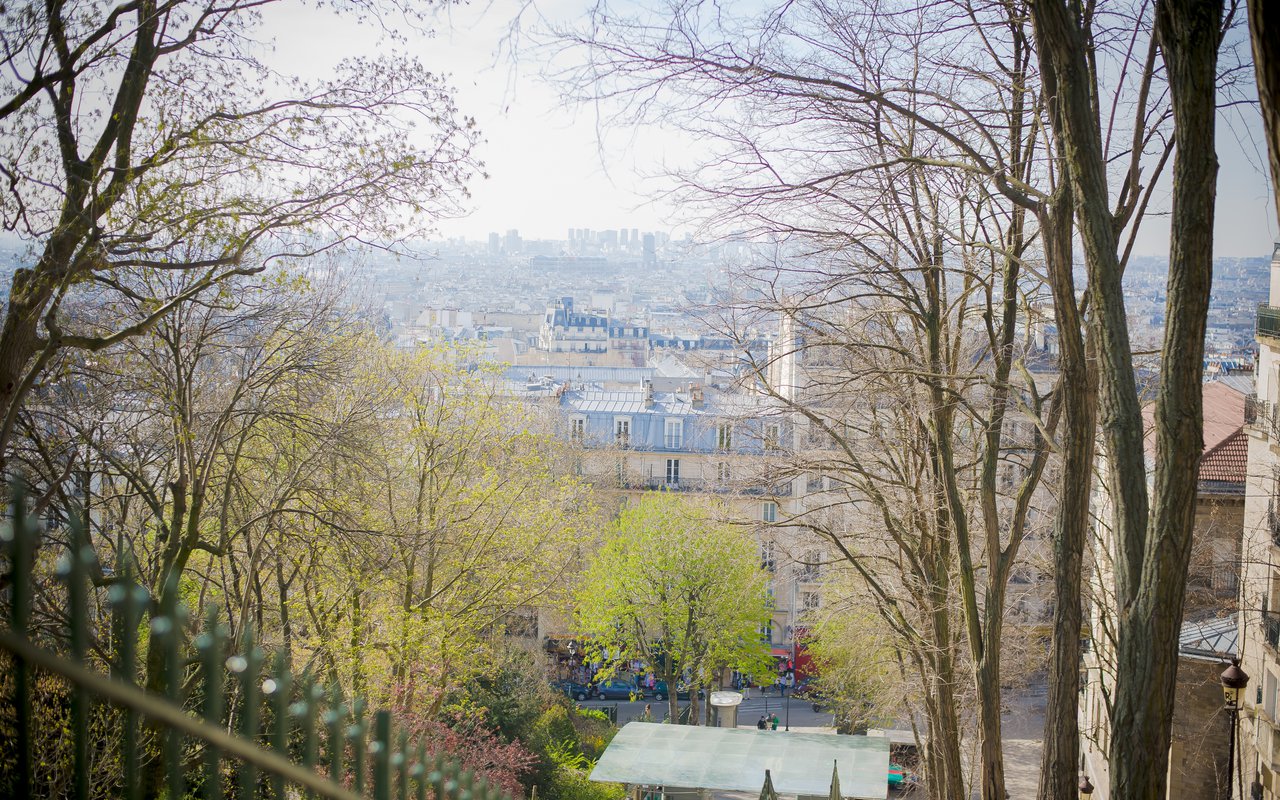 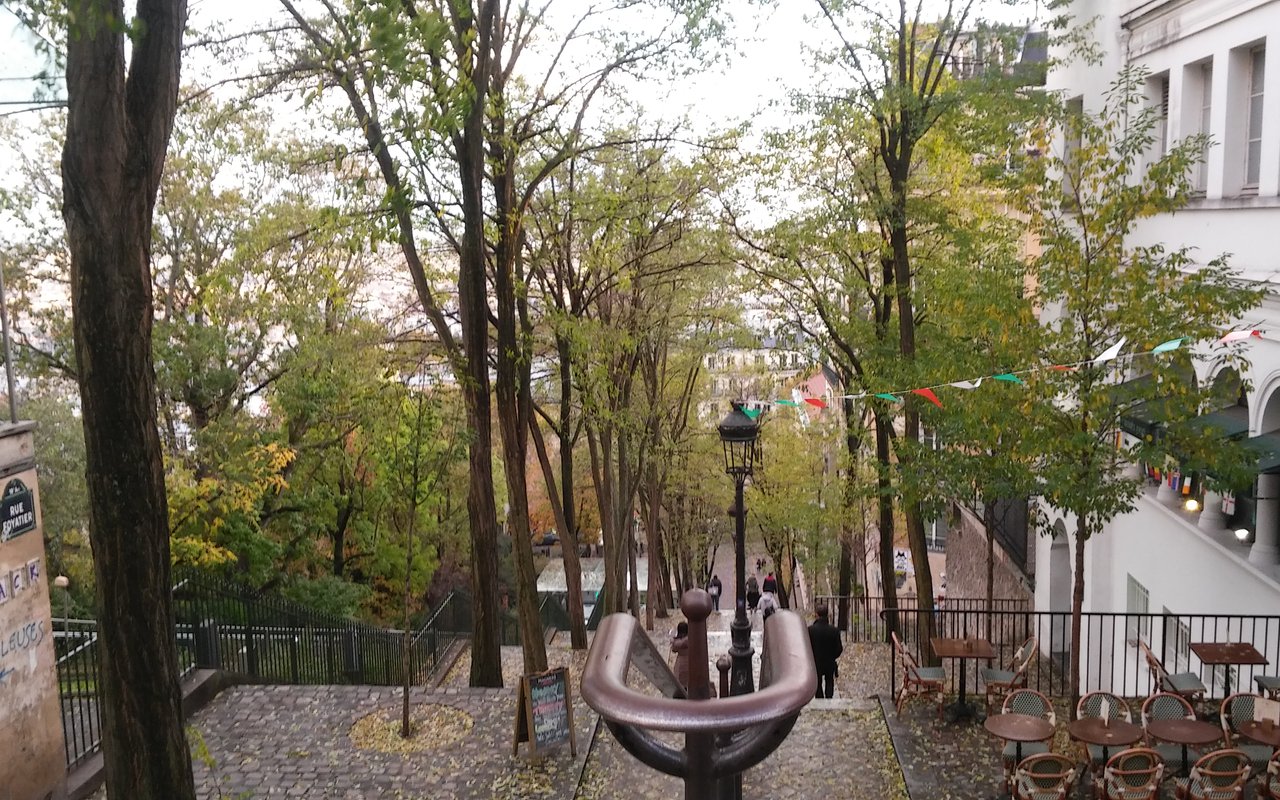