Ruins of the Jumiège Abbey 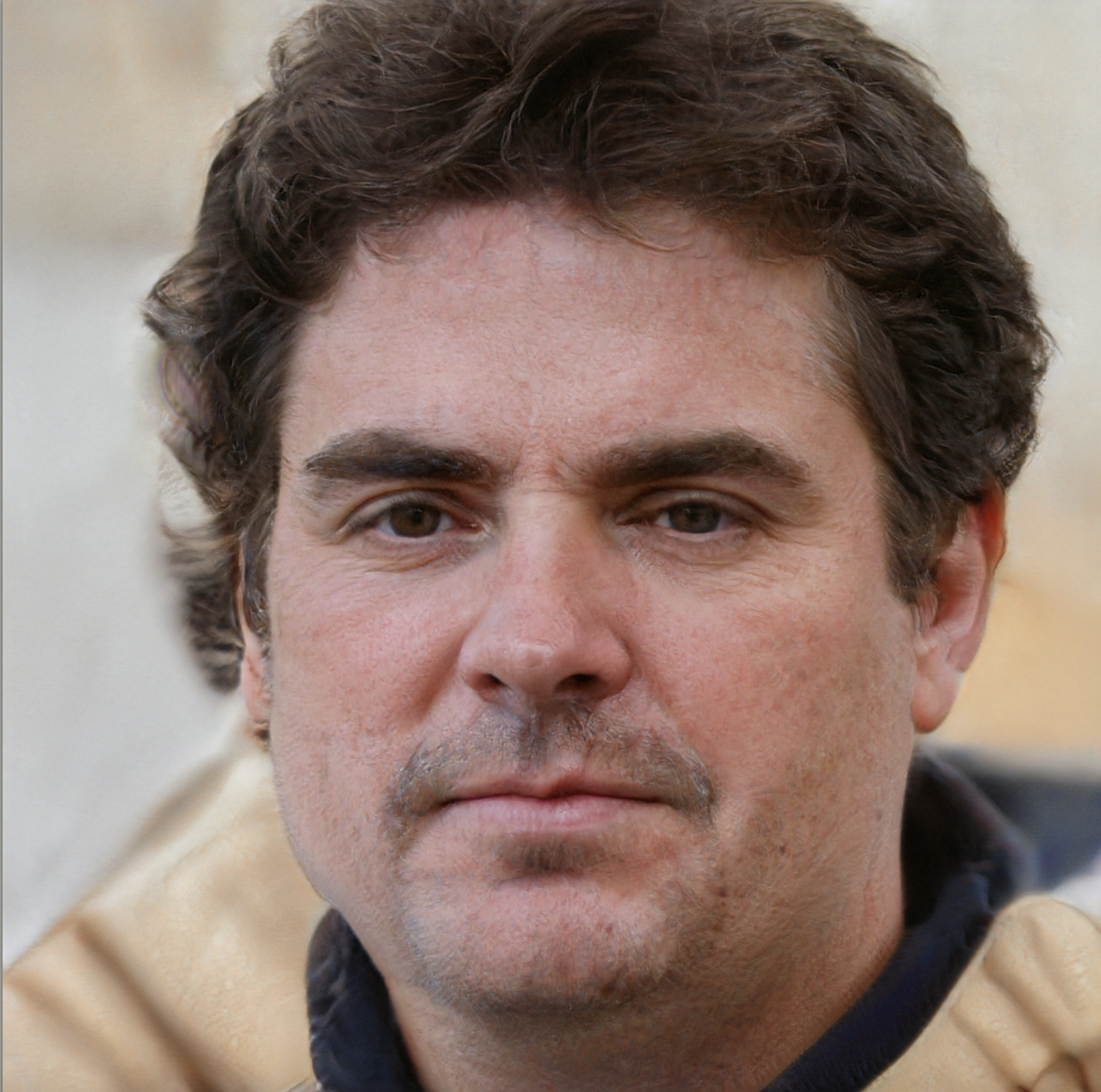 The ruins of Jumièges Abbey impress with their scale and setting in a beautiful meander in the Seine. The remains are medieval, but an earlier Dark Ages Abbey had gone up here in the mid-seventh century. At that time, the extremely significant bishop of Rouen, Ouen, encouraged a series of monasteries to be built along the Seine. A follower of Ouen, Philibert, became the first abbot of Jumièges, and one of the most important saints of that age, moving around France.

A legend tells of two rebellious kids of King Clovis II of France who grew up against their father at this time when he was abroad. Clovis wished the murder of his rebellious kids on his return. Instead, their mother Bathilde asked for removal and disability of their nerves. She then carried them off from Paris on a boat on the Seine and drove to Jumièges where Philibert acknowledged and brought in their royal clothes. There were many advantages to the abbey from the royal link. It should be said that the legend is not based on any reality.

In the mid-9th century, Viking raiders ravaged the Dark Ages Jumièges Abbey. As these Norsemen settled in Normandy and switched to Christianity, one of their early rulers, William Longsword re-established a monastery here in the mid-10th century. Building began on the big abbey in 1040, often described as the first important Romanesque building in Northern France. The firm was overseen by Robert Champart, who would also become the Bishop of London, then the Archbishop of Canterbury for a short time. This was King Edward's Confessor. Robert Champart's cross-channel roles recall the important facts that Duke Richard of Normandy's grandson, through his Norman mother, was Edward the Confessor, and that he was mainly raised in Normandy.

Edward the Confessor's eventual successor, William the Conqueror, came in 1067 to consecrate the church of Jumièges Abbey as both Duke of Normandy and King of England freshly formed. Jumièges has become a vast medieval learning center. William of Jumièges, a contemporary of William the Conqueror, wrote a significant history of the Norman dukes. The abbey church was supplied with a gothic choir in the 13th century when it was at the height of its strength. Although clearly it was a very rich religious institution, marked by its enormous grandeur, it was renowned for its care for the poor.

Jumièges decreased quickly from the 16th-century French Wars of Religion. The monks escaped the site pillaged by fanatical Protestants, causing devastation. After a small revival, large amounts of stone were sold off at the Revolution. The rest of the ruins remind us of the abbey's greatness. 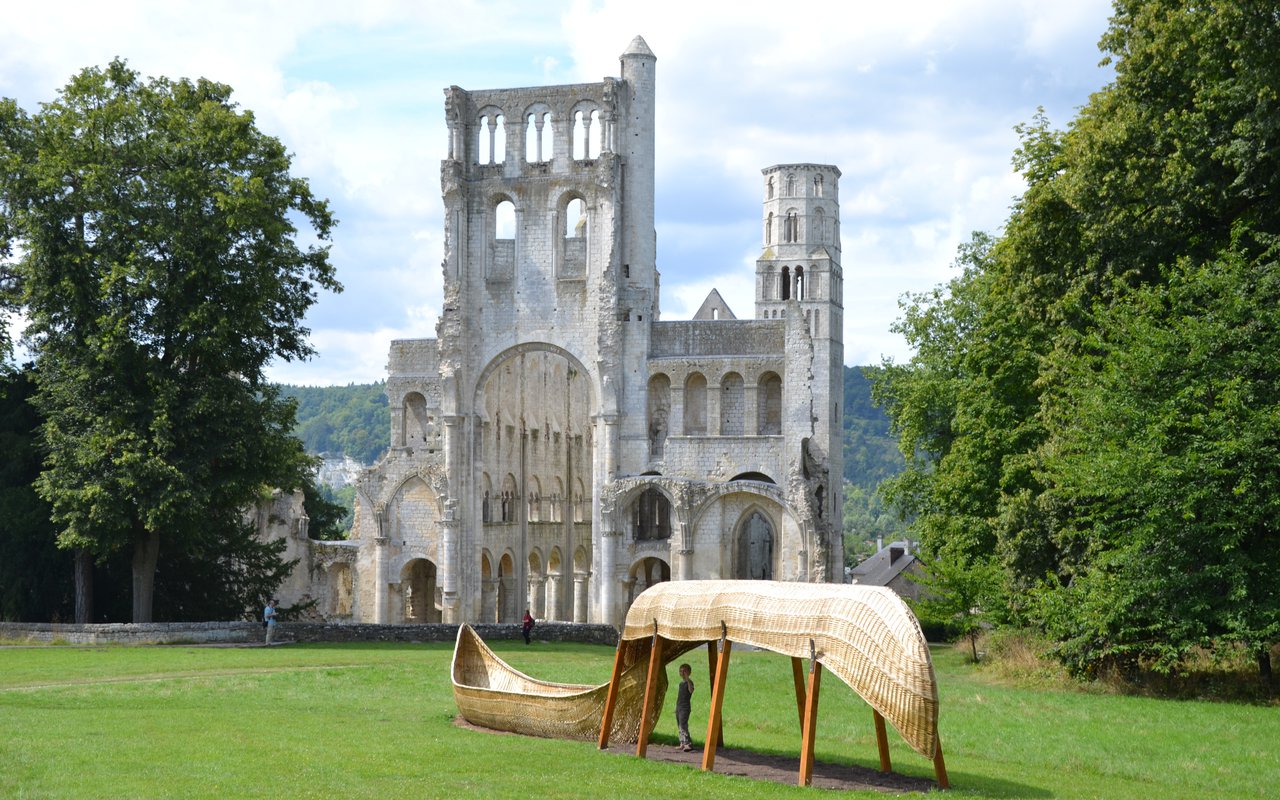 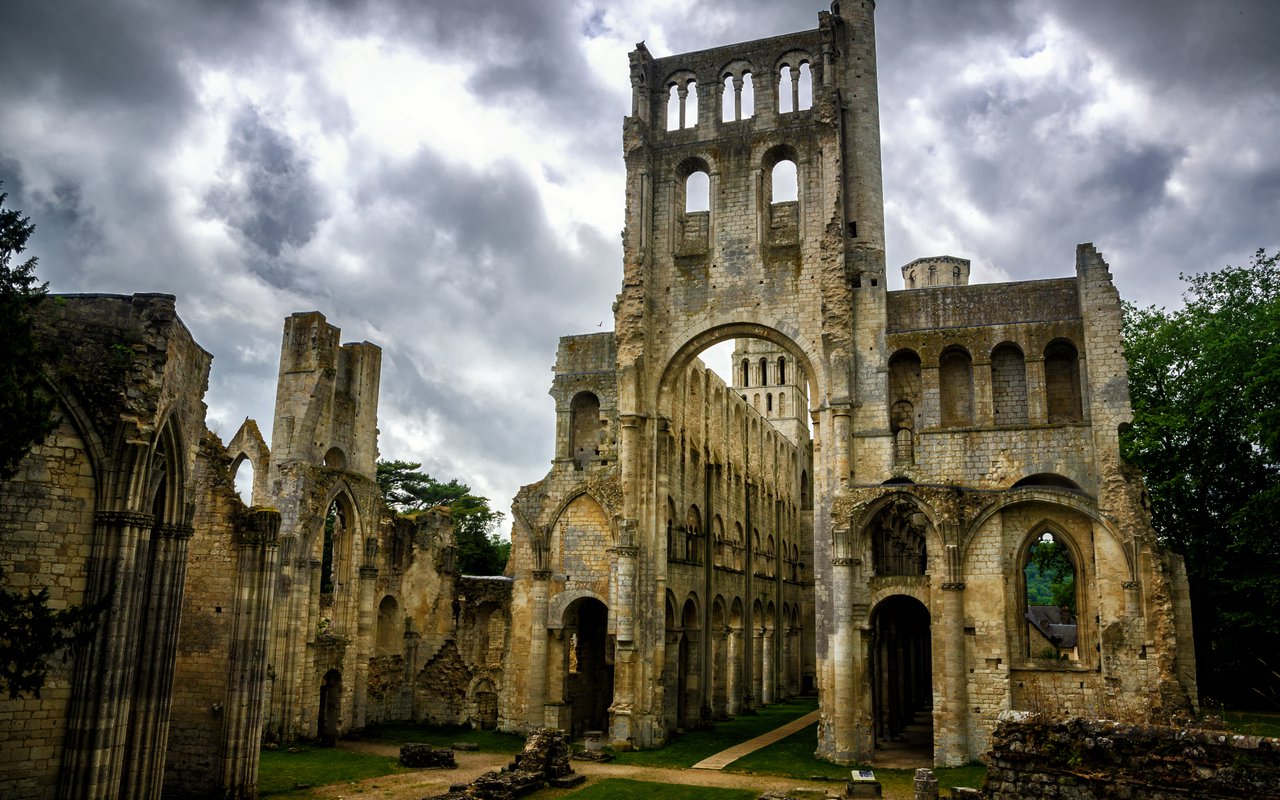 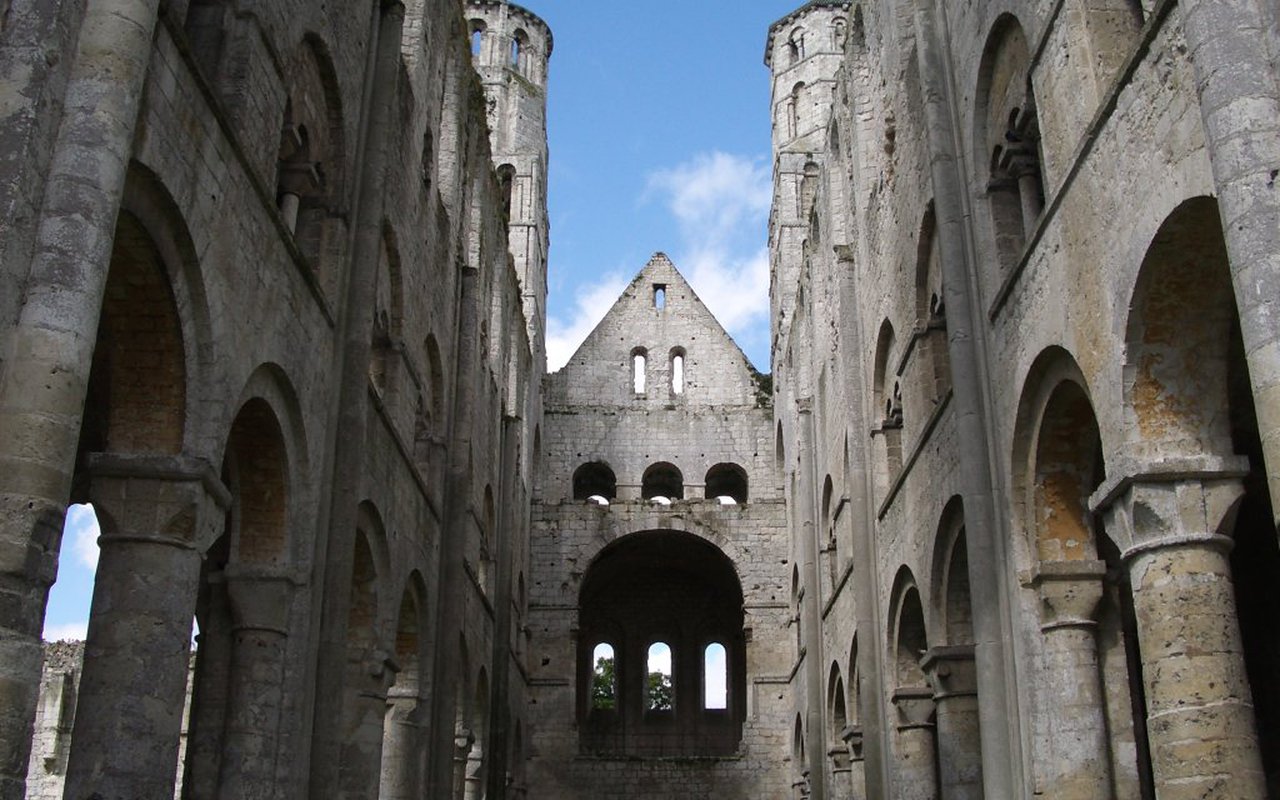 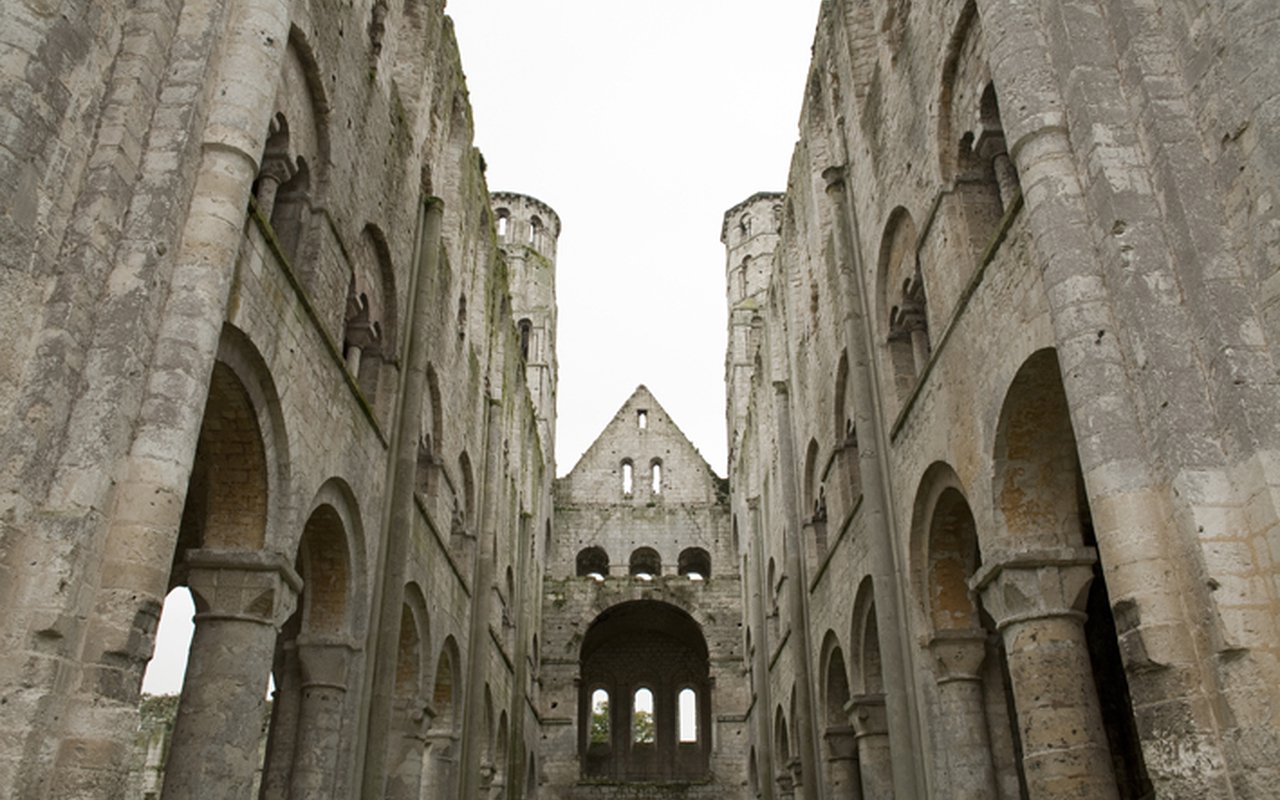