Germany's city of Hamburg is home to one of the most practical landmarks ever built. In the early 20th century, Hamburg had a bad need for improving the city infrastructure and building a viaduct or suspended railway didn't seem like possible options at the time. For this reason, Hamburgers decided to build a tunnel beneath the Elbe River and ease the traffic and transportation from the north side of the town (the city center) to the harbor (the south side).

The construction of the tunnel began in 1907, involving 4,400 workers. Working on the tunnel was an extremely difficult task in health-unfriendly conditions. The dangerous work caused the death of three workers, and 74 were severely wounded. A high number of them ended up with lifelong consequences and damaged health.

However, the final result of their hard work and sacrifice is a unique under river tunnel system that still functions today.

St. Pauli Elbtunnel is 2,000 ft long and it has four car lifts, one pedestrian lift, and a staircase that descends 80 ft. With the construction of the tunnel, traveling across Hamburg became a lot easier, saving a lot of time to people who travel to work every day between the two sides of the city.

There are two tunnel tubes lined with pedestrian paths, decorated with white tiles and plaques depicting the Elbe River life from the past.

On the 100th anniversary in 2011, St. Pauli Elbtunel won the historic engineering award, and since then it's not only a convenient way to travel the city, but it was designated as a cultural heritage. Nowadays, it even serves as a hangout spot for a large number of young people, and it provides easy access to St. Pauli Piers, a famous touristic destination.

Pedestrian and bikers can access the tunnels 24/7, while motor vehicles can only use the tunnels from Monday to Friday, 8 AM to 6 PM. 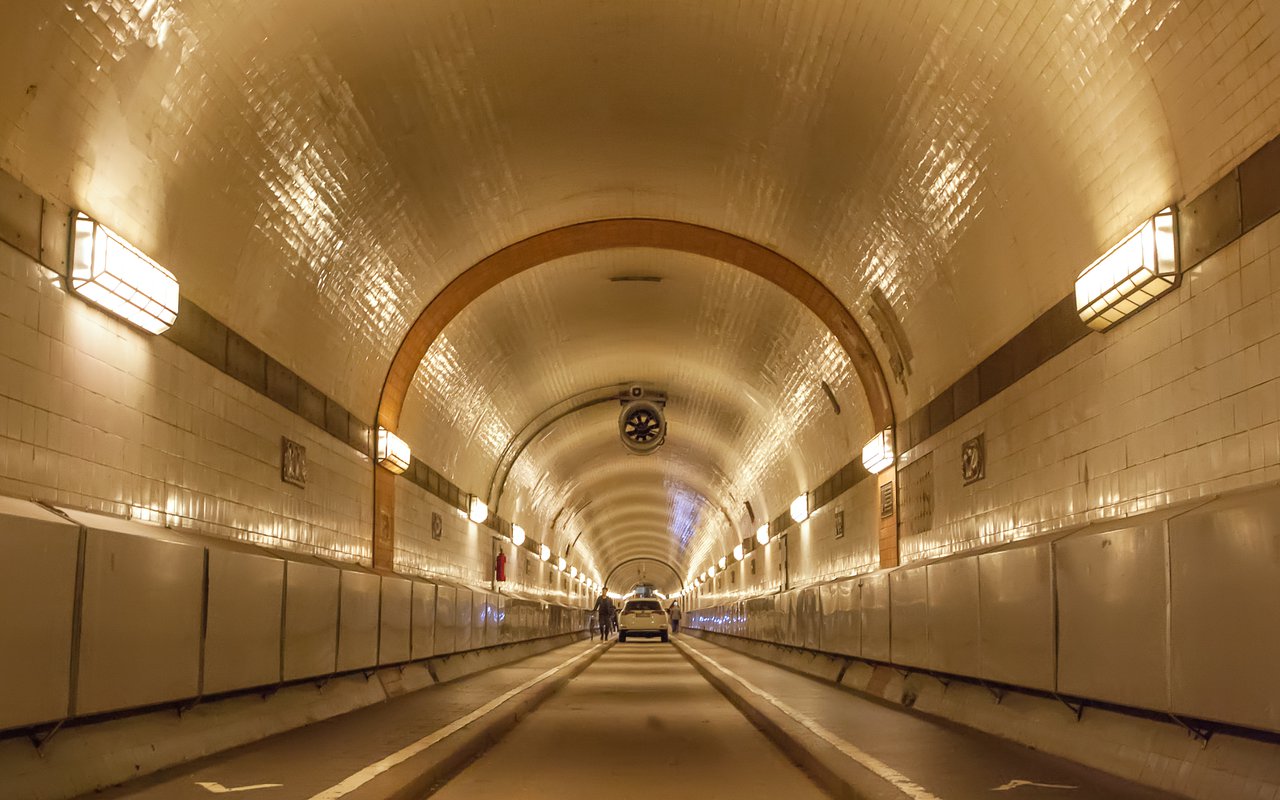 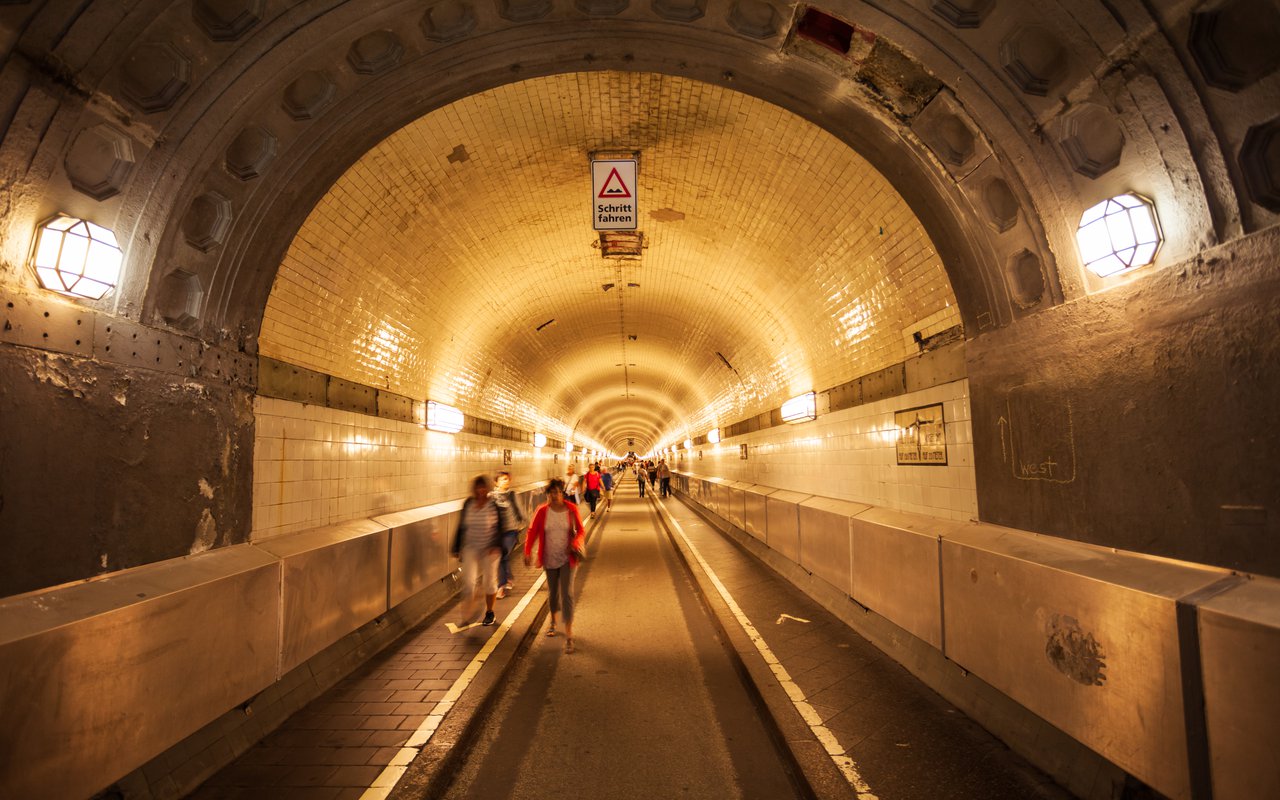 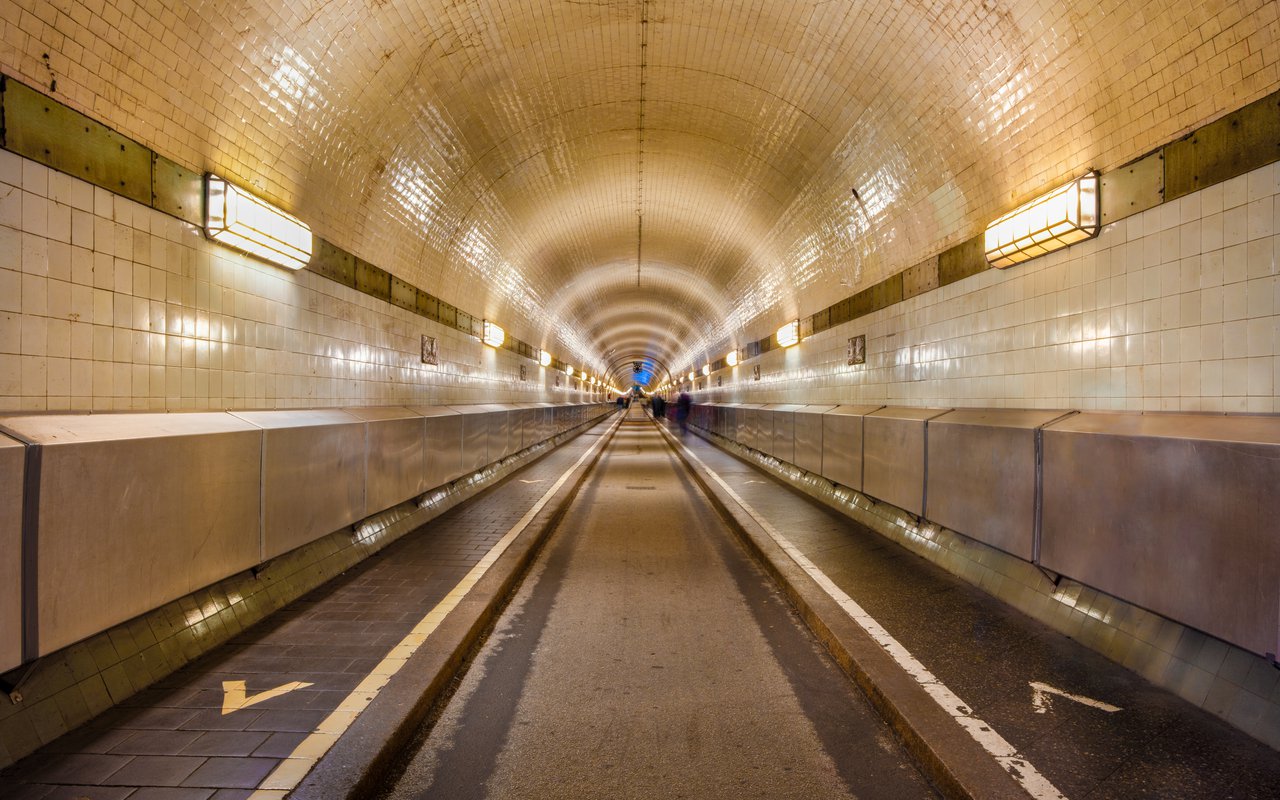 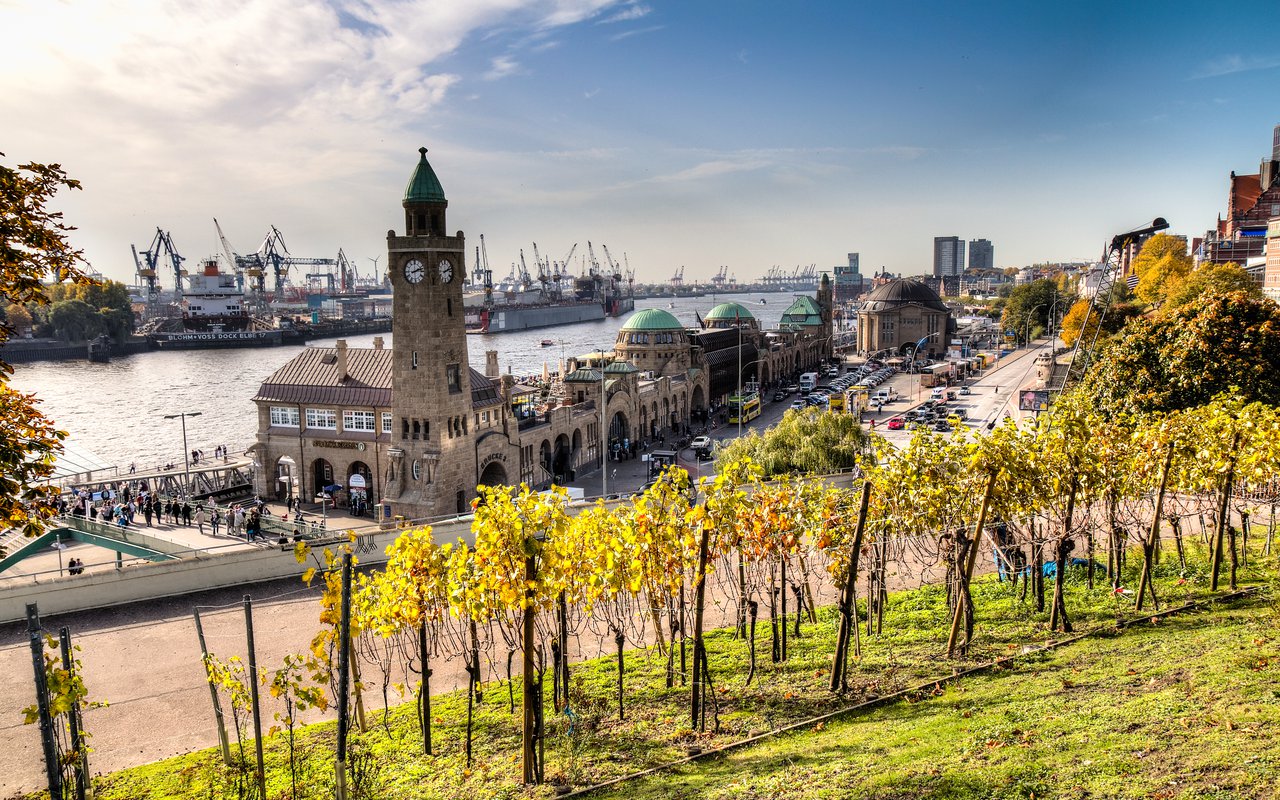 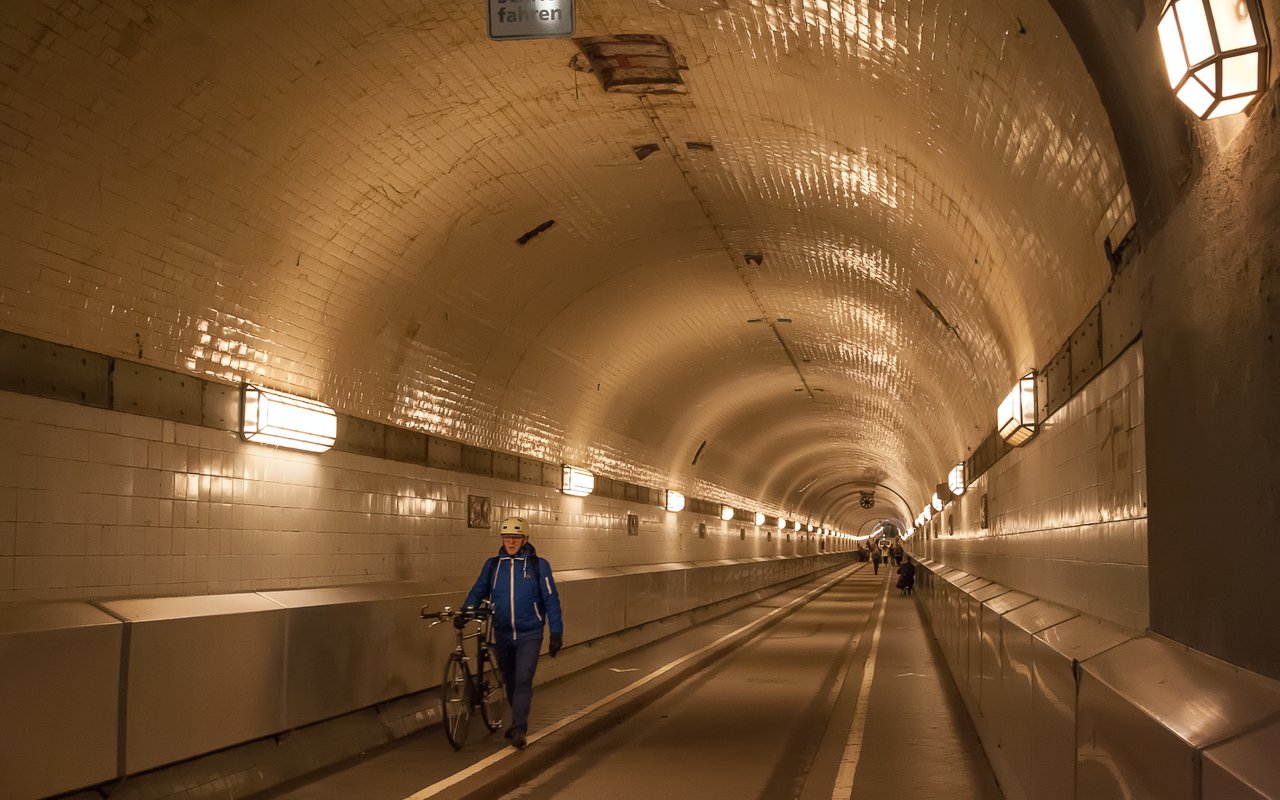