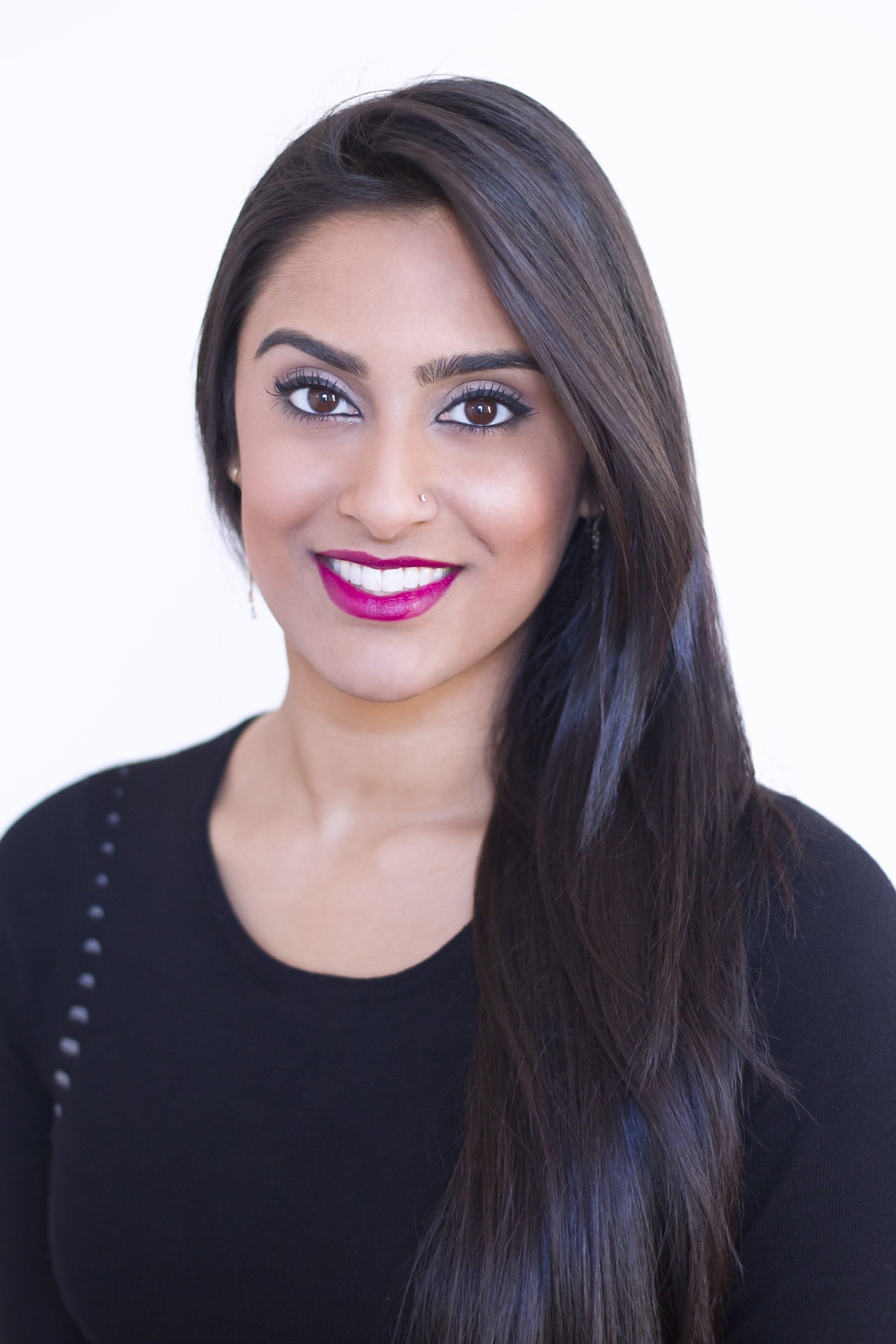 Every nation's historic architecture is the mirror of its history, art, and culture. The Sassanid inscriptions show the glory and grandeur of the Sassanid dynasty in different places of Iran. They tried to display their power and splendor through inscriptions and relics on the mountains located on main roads such as Silk Road where the attention of all passersby could be attracted. Taq-e Bostan in the province of Kermanshah is one of the most magnificent Sassanid rock reliefs showing posterity the power of Sassanid kings. It's a must-see on Traveling to Iran narrating one of Iran's most sublime pieces carved on the stone in its history.

This example of Persian Sassanid art is 5 km from Kermanshah city center. It is located in the heart of the Zagros mountains, where wind and rain have endured nearly 1,700 years. Originally, several sources, some of which are now covered, were visible next to and below the reliefs and arches. In front of the rock, sources next to the reliefs still feed a large basin. The site has been transformed into an archeological park, bringing together a series of late Sasanian and Islamic column capitals (some found in Taq Bostan, others in Bisutun and Kermanshah).

The carvings, some of the finest and best preserved examples under the Sassanids of Persian sculpture, include representations of Ardashir II's investitures (379–383) and Shapur III's (383–388). Taq-e Bostan and its relief patterns, like other Sassanid symbols, accentuate power, religious tendencies, glory, honor, court vastness, game and fighting spirit, festivity, joy, and joy.

Sassanid kings have chosen a beautiful setting along a historic Silk Roadcaravan road and campground for their rock reliefs. The reliefs are adjacent to a sacred springs that empty at the base of a mountain cliff into a large reflective pool.

One of the 30 surviving Sassanid relics of the Zagros mountains is Taq-e Bostan and its rock relief. According to Arthur Pope, the founder of the U.S. Institute of Iranian Art and Archeology, "art was characteristic of the people of Iran and the gift they gave to the world. 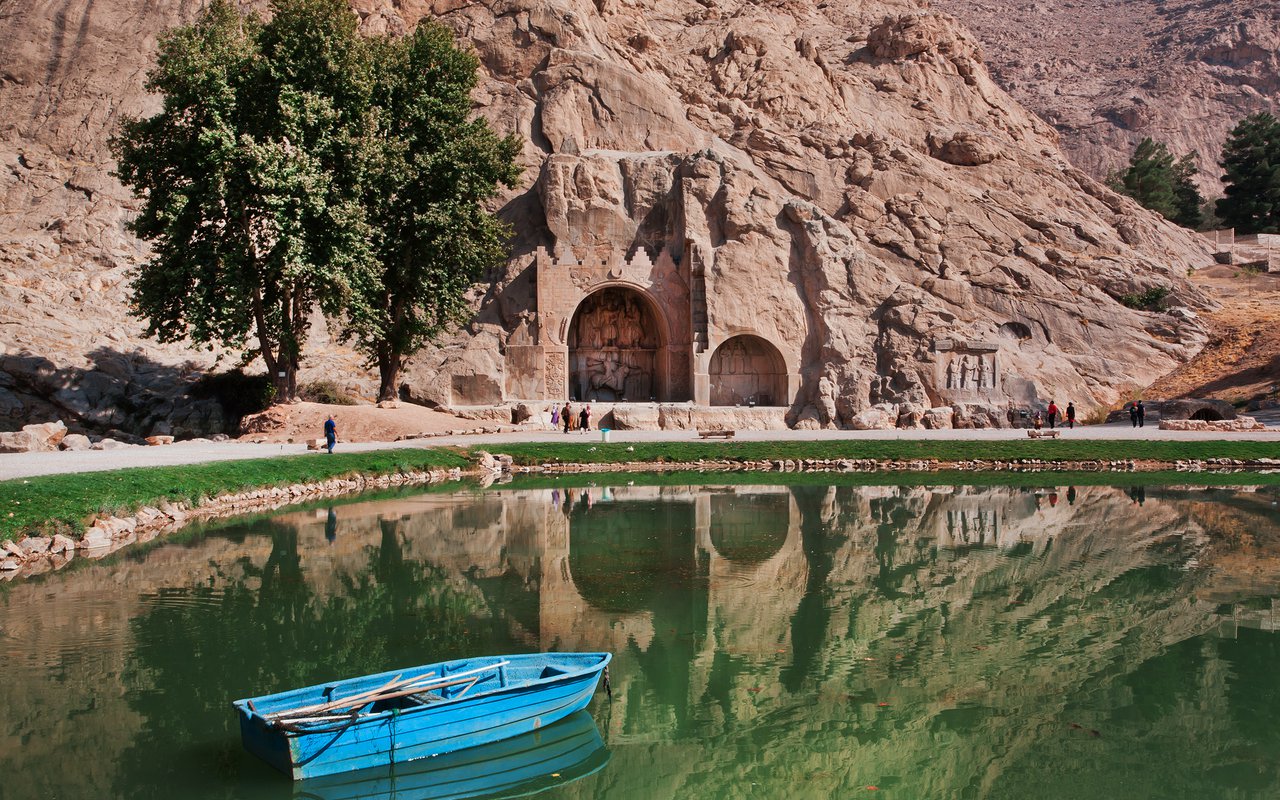 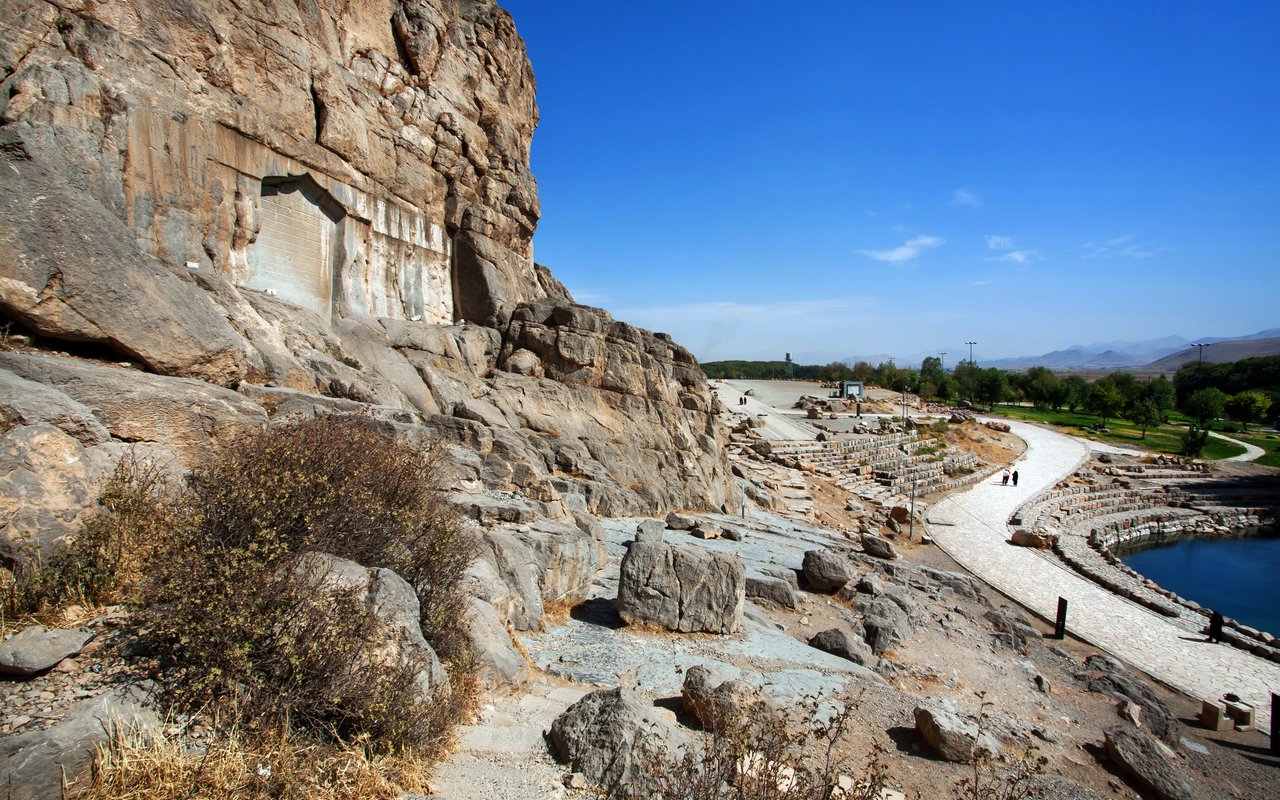 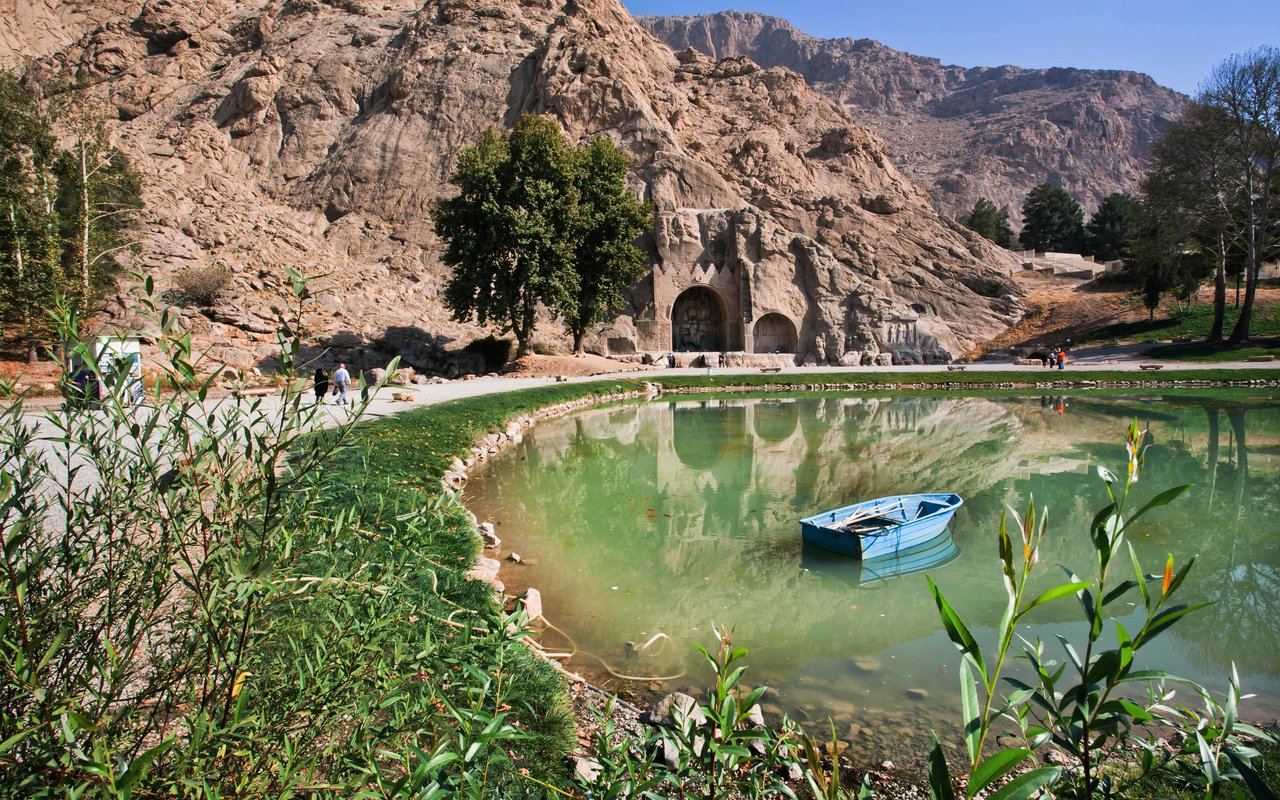