Stenness and Callanish, on the isles of Orkney and Lewis respectively – are believed to be among the UK's oldest, dating back some 5,000 years. There are many more scattered around the Scottish countryside.  As some of the stones weigh 10 or more tonnes, transporting them was a considerable undertaking. But the real reason for their creation, and why they were placed in the locations where they are found, has long been a mystery.

The stone circle can be found near the village of Calanais, Isle of Lewis, an land just above Loch Roag and is one of the more remote stone circles in the British Isles. The overall layout is shaped like a distorted Celtic cross, with five rows of stones radiating from the central circle

Callanish is often called the "Stonehenge of Scotland" - but in actuality the persons who built. Callanish simply didn't have the resources that were used in the building of Stonehenge - but it has become obvious that they had a great understanding of the skies.  The construction may have begun as early as 1800 BC - generally it is thought to have been during the Neolithic period between 2900 - 2600BC Unlike Stonehenge, the circle, is not "roped" off and it really is lovely to be able to be so close to it and even touch the stones - and feel the atmosphere. 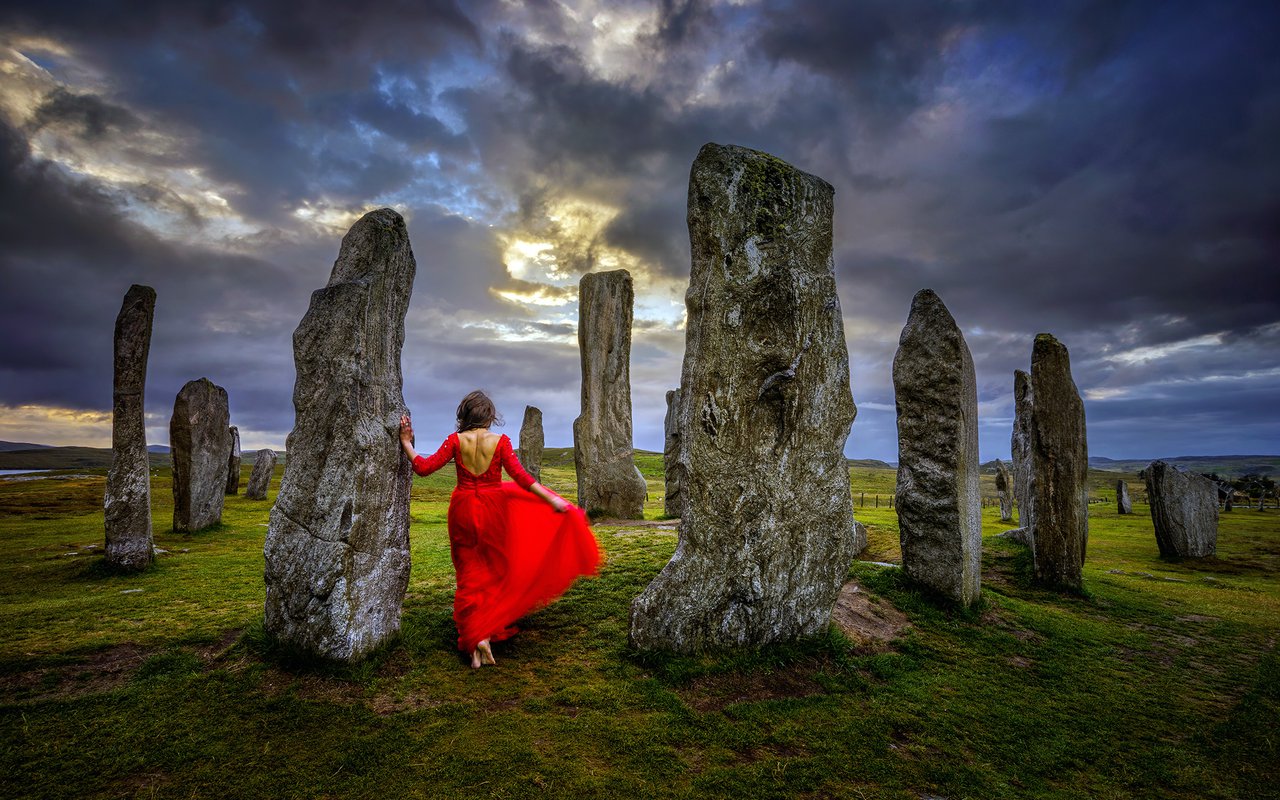 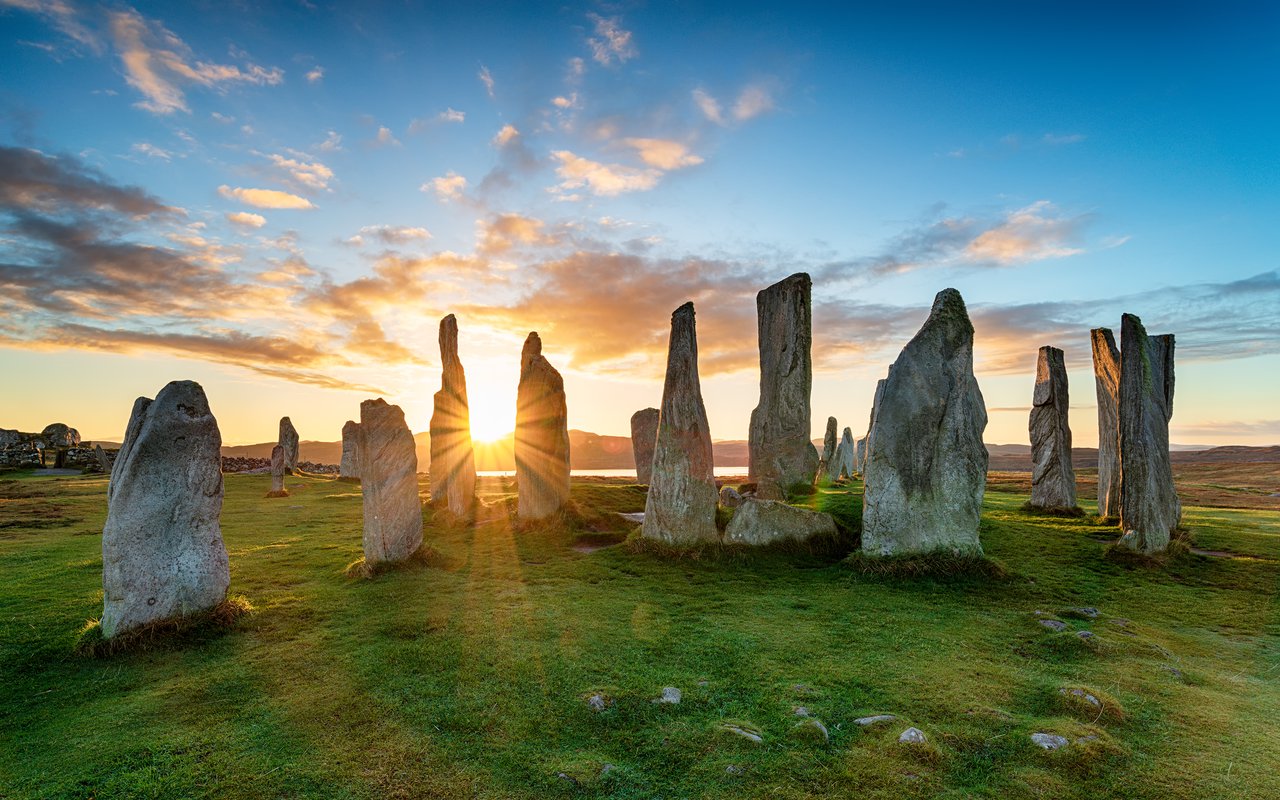 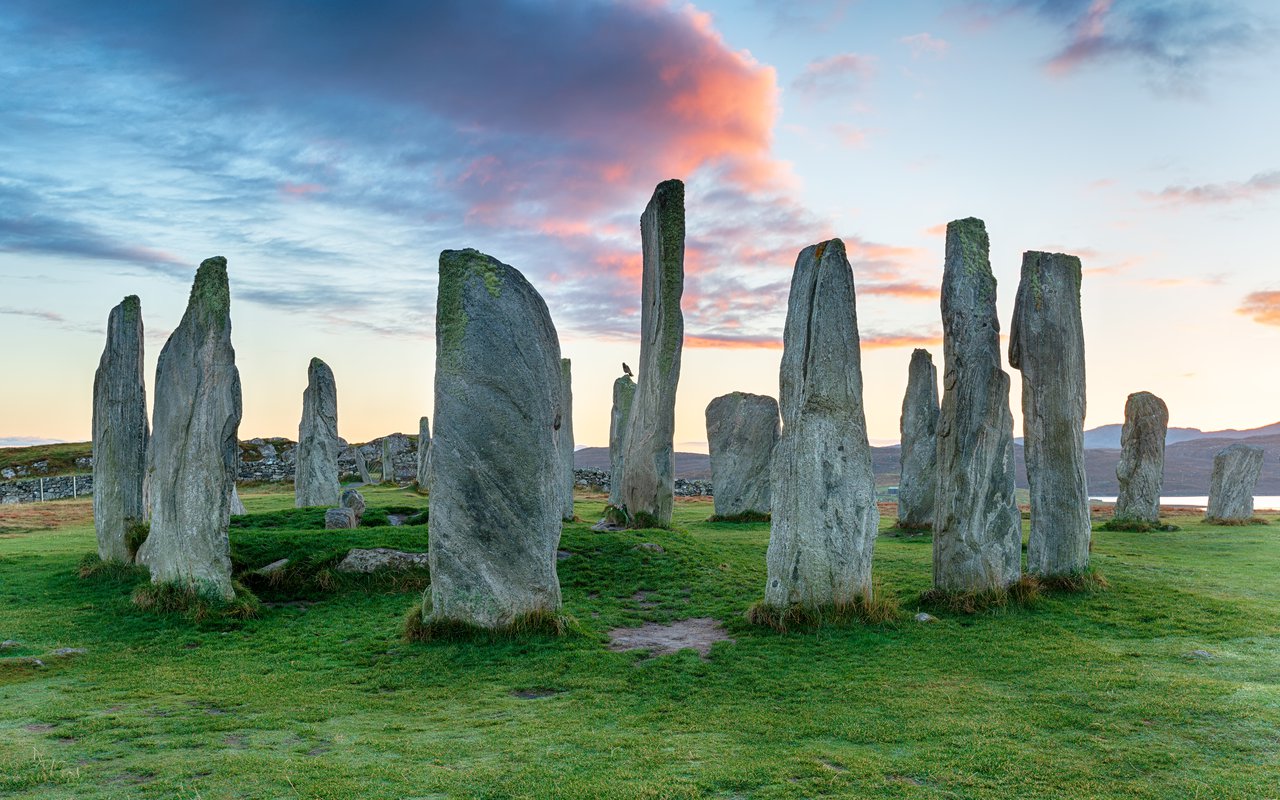