Bulls Island is one of the Sea Islands in the Cape Roman National wildlife refuge of South Carolina. A large quantity of wildlife which includes deer, alligators, otters, bobcat and black fox squirrels call Bulls Island home, but then again the bird life is what Bulls Island is known for throughout the world. Over 290 species of birds have been recorded on the refuge with most being found on or near Bulls. Yellowlegs, dunlins, plovers and sanderlings are the best kind of birds viewed on the mud flats and beaches. Whereas warblers, sparrows, woodpeckers and raptors swarm in the lush forest of Bulls Island.

Bulls Island was originally called Oneiscau by the Sewee Native Americans who inhabited the island throughout the 1600s and early 1700s. The Sewee tribe hunted and fished the tidal creeks of the area. Remnants of Native American culture can still be found on Bulls Island in the forms of discarded oyster and clam shell mounds called middens. In 1670, English settlers arrived to the island.

The northern end of the beach is truly a sight, with dozens of downed sun- and salt-bleached oak, cedar and pine trees strewn about. Their white color makes them look like bones, which gives Boneyard its name.

The Ocean of Bulls Island is full of sea animals such as fishes, shrimps, oysters, crabs and other type of edible sea animals. One can enjoy fishing and have their yum seafood in the marshy land.

Number of roads and trails provide multiple opportunities for hiking and wildlife observation around the island. One must pack their essentials to trek through the lush green forest and marshy hills.

The Bulls Island’s northern end of the beach is truly a sight, with dozens of downed sun- and salt-bleached oak, cedar and pine trees strewn about. One can surely have a picture perfect view. The most photographed location on Bulls Island is the area known as Boneyard Beach named after their white color makes them look like bones.

A 16' high observation tower located just 2.25 miles from the public dock delivers a panoramic vision of the 500 acre Jacks Creek impoundment with the picturesque Atlantic Ocean as a backdrop. The tower is located at the end of Sheepshead Ridge Road.  The island is an ideal place to have peace of mind and feast. A sand causeway on the island is where multiple alligators gather daily. Bird life is what actually Bulls Island is recognized as throughout the world. 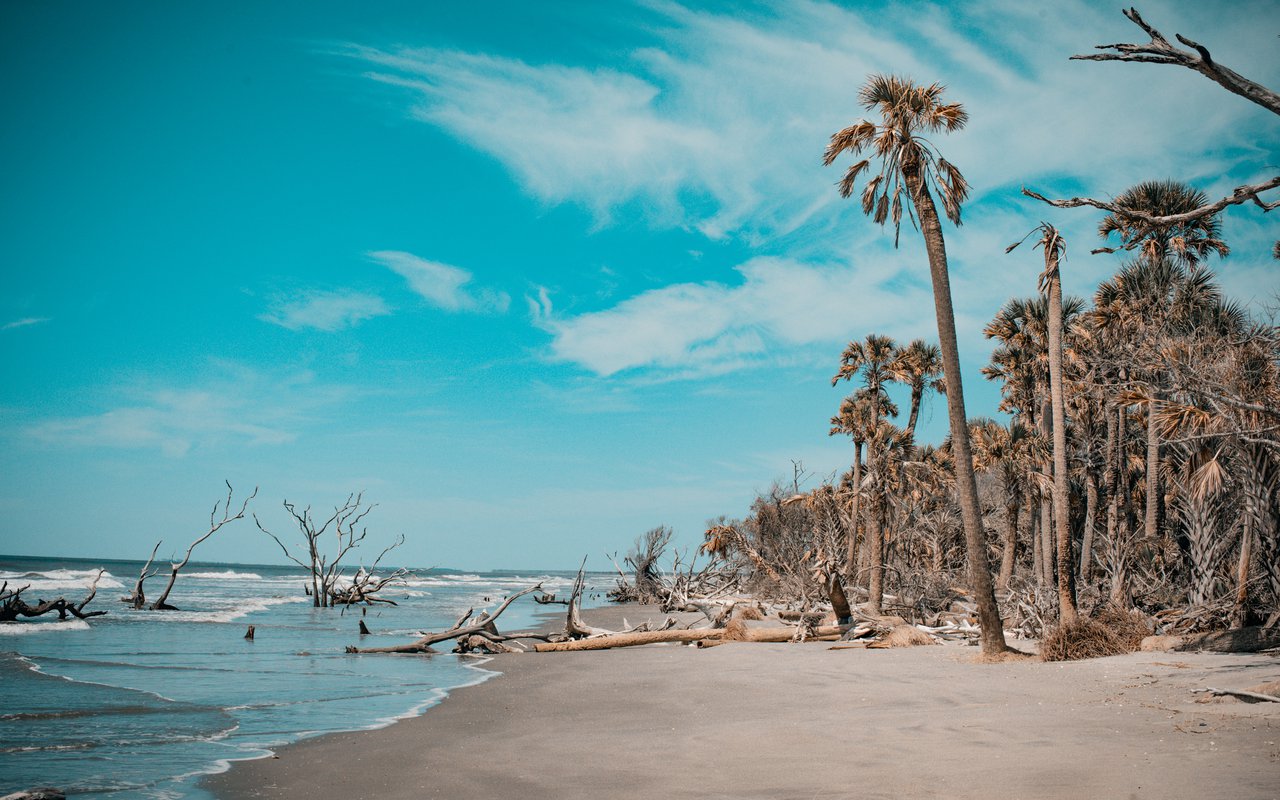 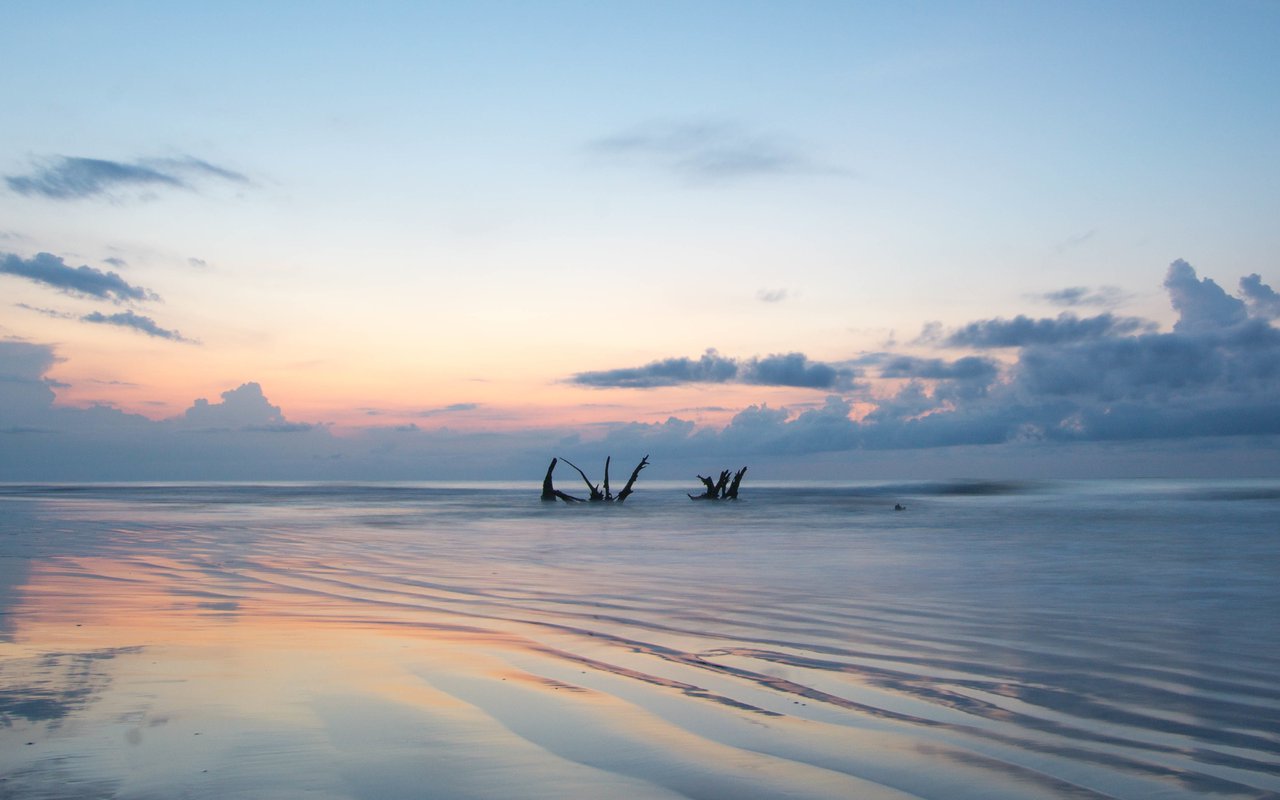 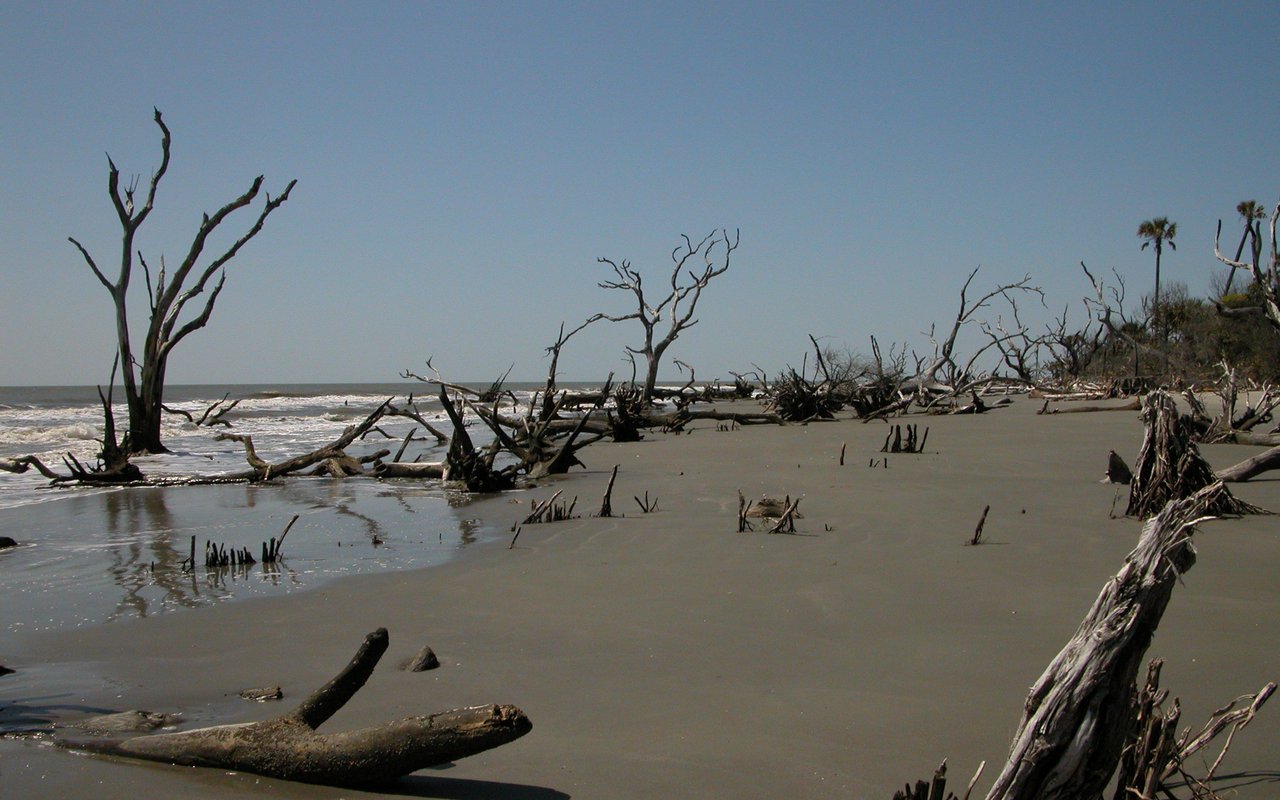