Bunut Bolong is a unique Banyan Tree with a hole in the tree large enough so two cars can pass next to each other at the same time. Banyan Tree is unique for the Pekutatan district in Bali, and it is believed that its roots keep demons and bad spirits from making damage. Bunut Bolong is located in Manggisari Village surrounded by clove plantations and tropical rainforests.

Bunut Bolong means "hole in a big tree", which is exactly what you can see here. The venue is popular among tourists from around the world, so don't expect to find it alone and abandoned, as you would expect from a lonesome tree.

The most specific thing about this tree is the weird aerial root system that tangles impressively.

The local people have a lot of legends connected to this tree, and one of them talks about the tree being a lifesaver for the Manggisari villagers who suffered from a plague in the early 20th century, and after moving their entire settlement closer to the tree, they started living a prosperous life in health and peace.

Also, the tree helped the locals survive during the Dutch invasion in the 1940s. Hiding in the root system of Bunut Bolong, the tree spirit made the locals invisible for the Dutch troops, according to the legend.

Whether you choose to believe in these stories or not, Bunut Bolong is a sacred place with a lot of shrines around it, worshipped by the local population.

If a trip to Bali is impossible for your budget any time soon, don't worry. This tree will stay there forever because according to the Balinese laws, cutting trees is forbidden. The reason for this is the belief that in every tree, there are two tiger spirits that should never be disturbed. 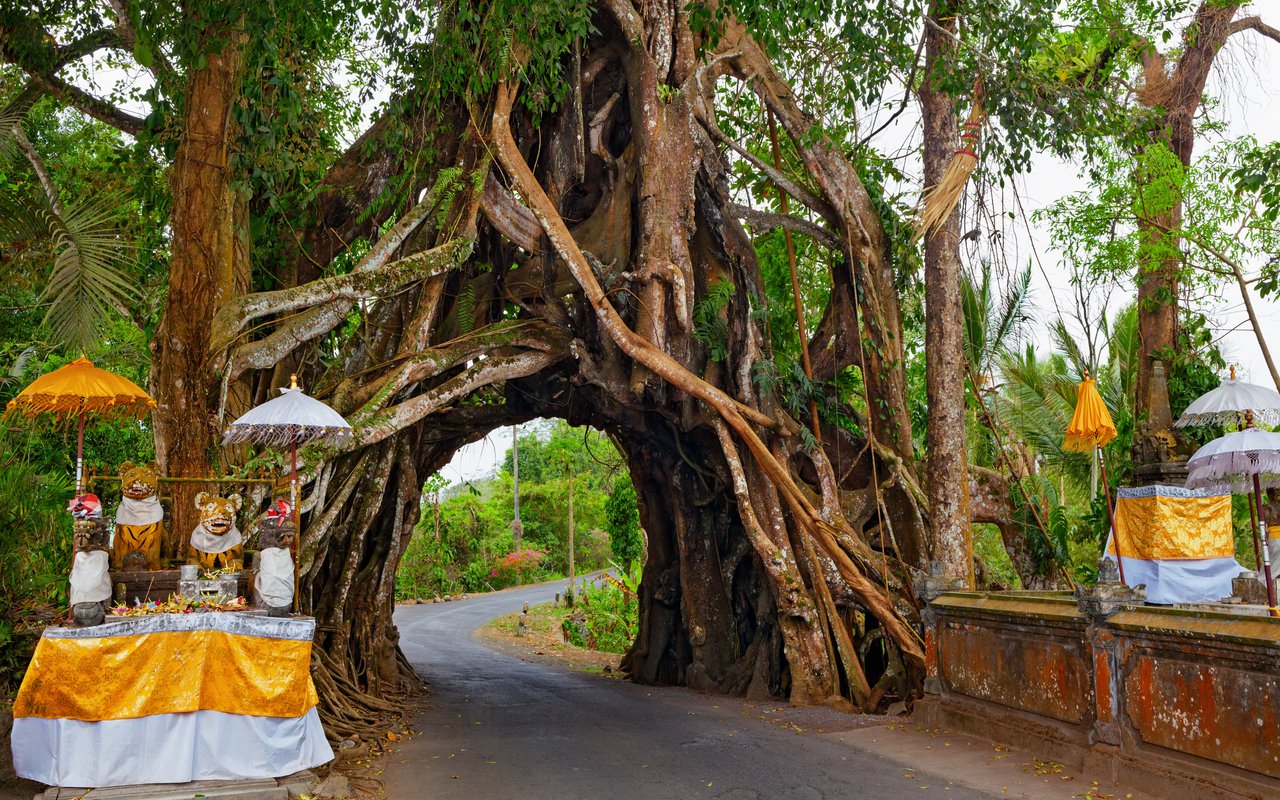 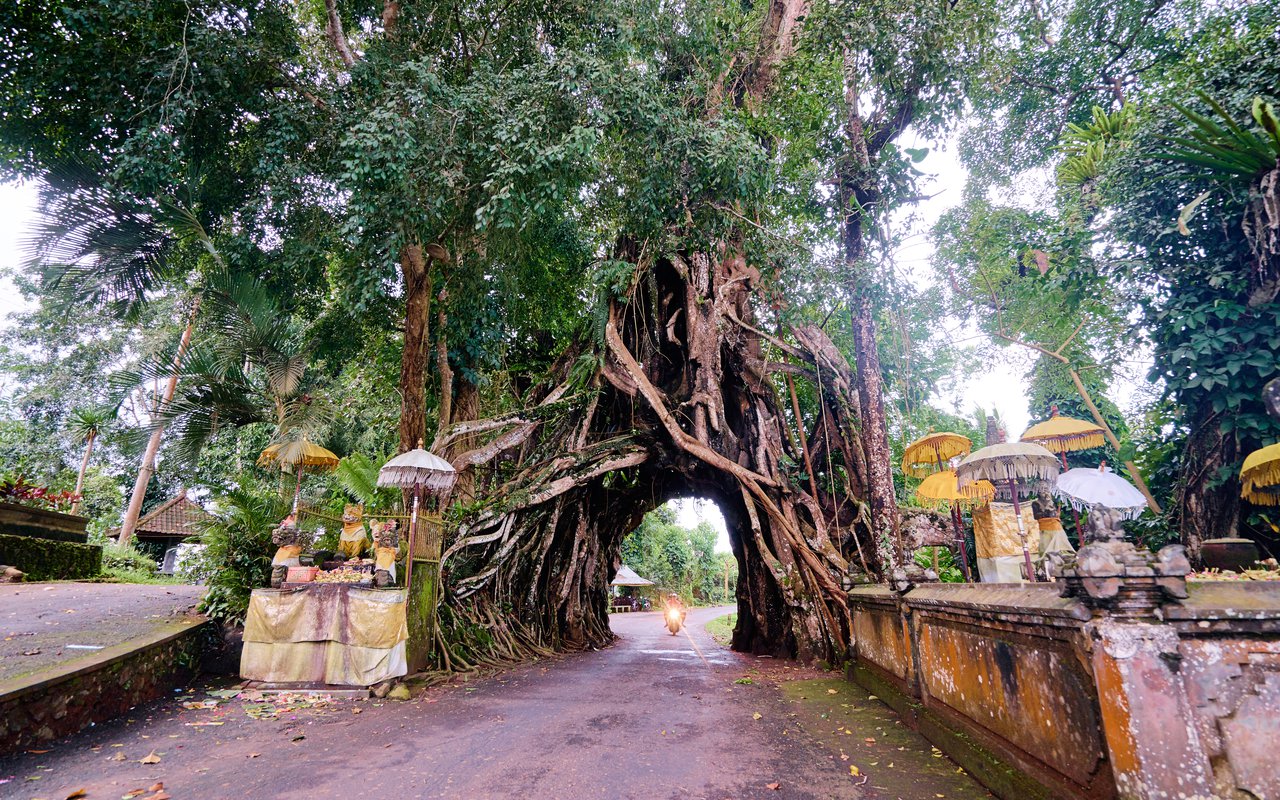 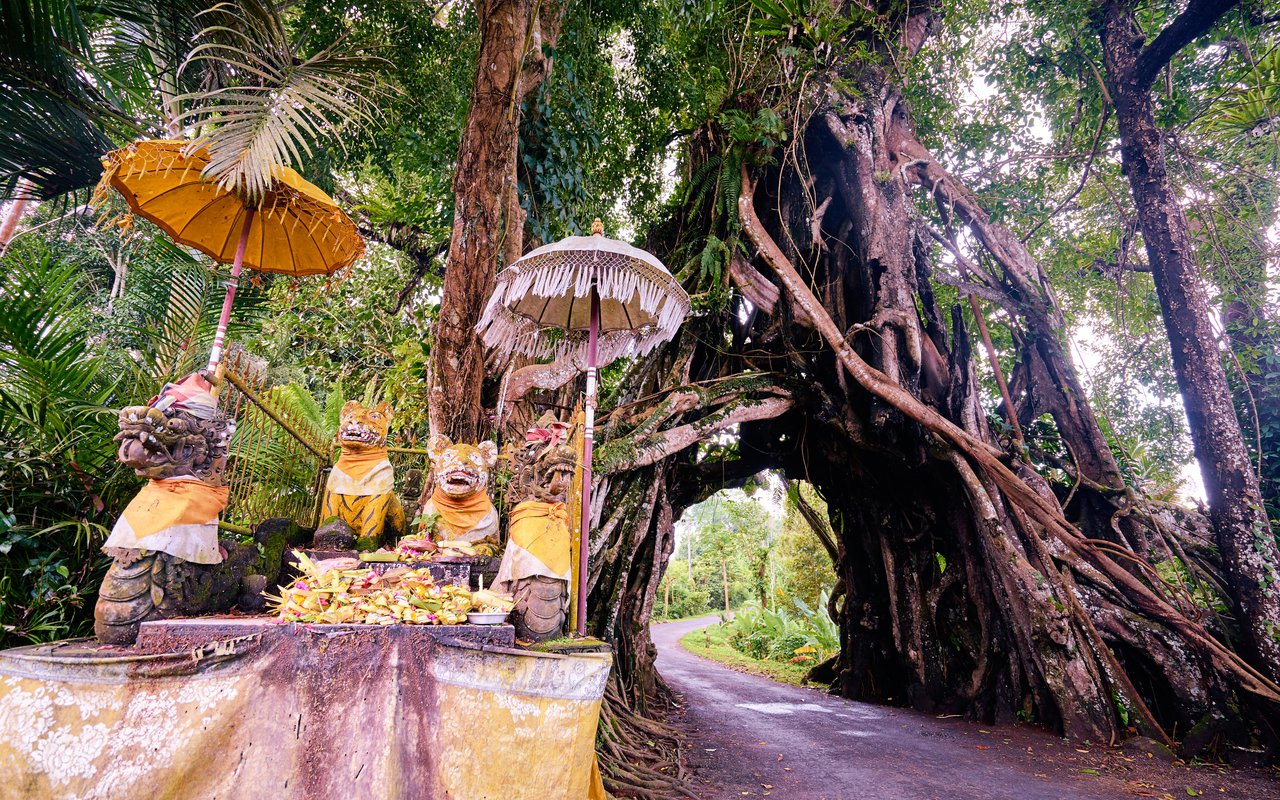 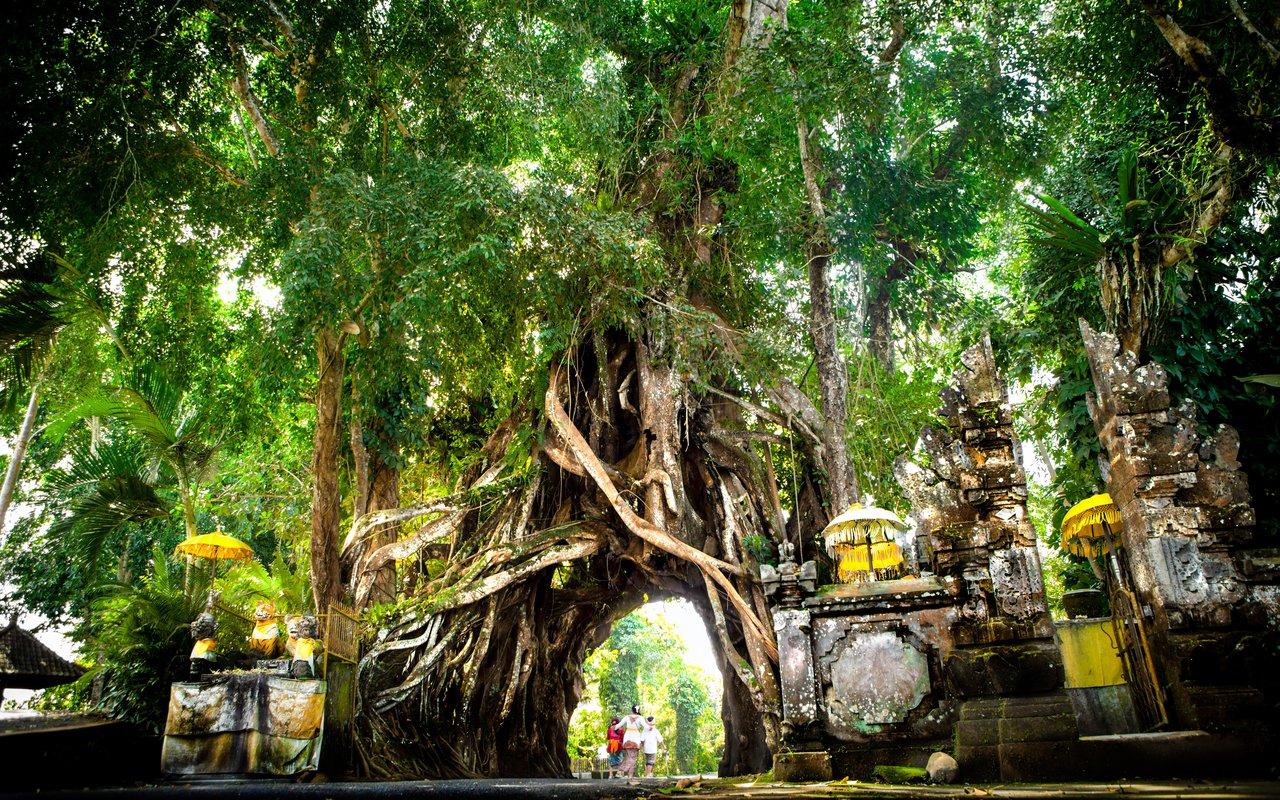 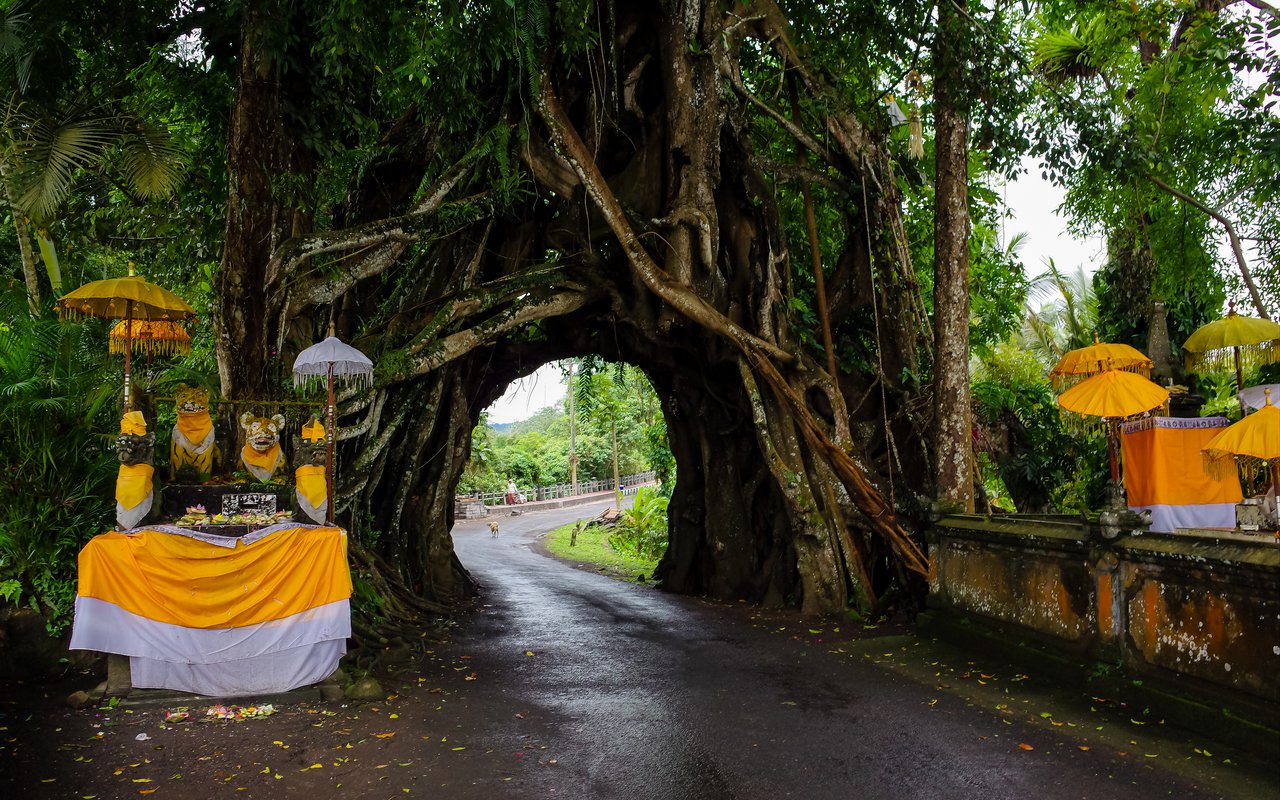