Khao Phra Viharn National Park is quite spectacular, even without access to the temple which is in Cambodia. The national park, on the Thai side of the border is worth a visit by itself, which is quite lucky as a short border conflict put paid to crossing the border into Cambodia and seeing the temple from the Thai side.

The park itself contains high cliffs rising from the jungle canopy in some kind of gigantic ramp formation, akin to a natural half-complete flyover which nature has seen fit to construct to allow people to take a flying leap into Cambodia. The national park is formed by the forests of the Dongrek Mountain Range and stretches over 130 square kilometers through the provinces of Si Saket and Ubon Ratchathani provinces in the lower Issan (northeastern) region of Thailand.

Established in 1998, the park is Thailand’s 83rd National Park. The park always used to offer access to the Cambodian temple at Preah Vihear, perched on the very tip of the ‘ramp’. However, after French cartographers and the UN consistently ruled that the temple was in Cambodia, going against the natural land formations, the area has been a geopolitical flashpoint between the two nation states, and as recently as 2011 there have been sporadic military campaigns fought over the area, access has been denied from Thailand to enter the temple.

The Thailand park is still a wonderful place to visit, sans temple tour, and the park features a variety of tropical forests and is home to numerous wildlife such as deer, rabbits, squirrels, gibbons, and wild hogs. Visitors can still enjoy a bird’s eye view of the Cambodian plains and Phreah Vihear temple from the Mo I-Daeng Cliff, situated close to the disputed Thai-Cambodian border line.

The south cliffs, accessible from a purpose built staircase, contain ancient bas reliefs, dating from the 8th Century, on a similar timeline as the temple (which you are unable to visit). On the western side of the cliff there are double sandstone stupas, and the Don Tuan Khmer Ruins from the 10th-11th century (300 meters from the Thai-Cambodian border) are also interesting. 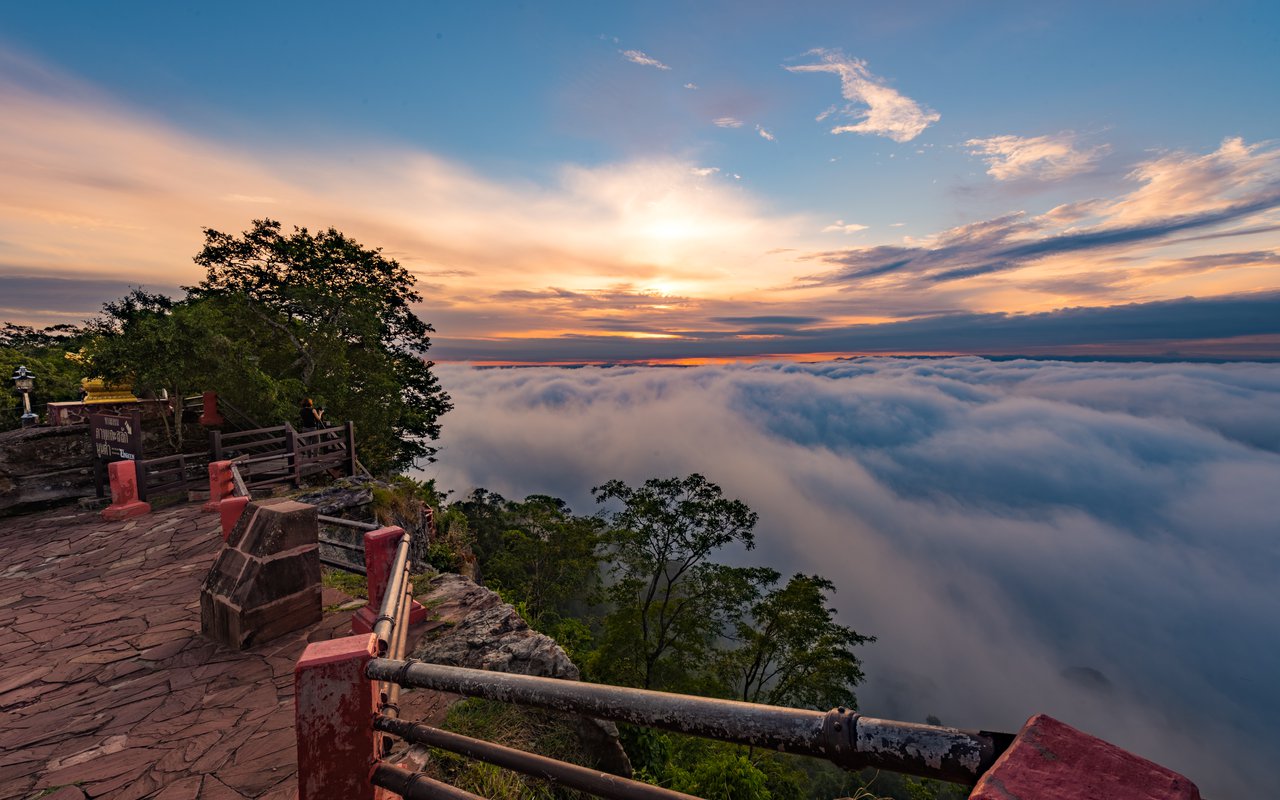 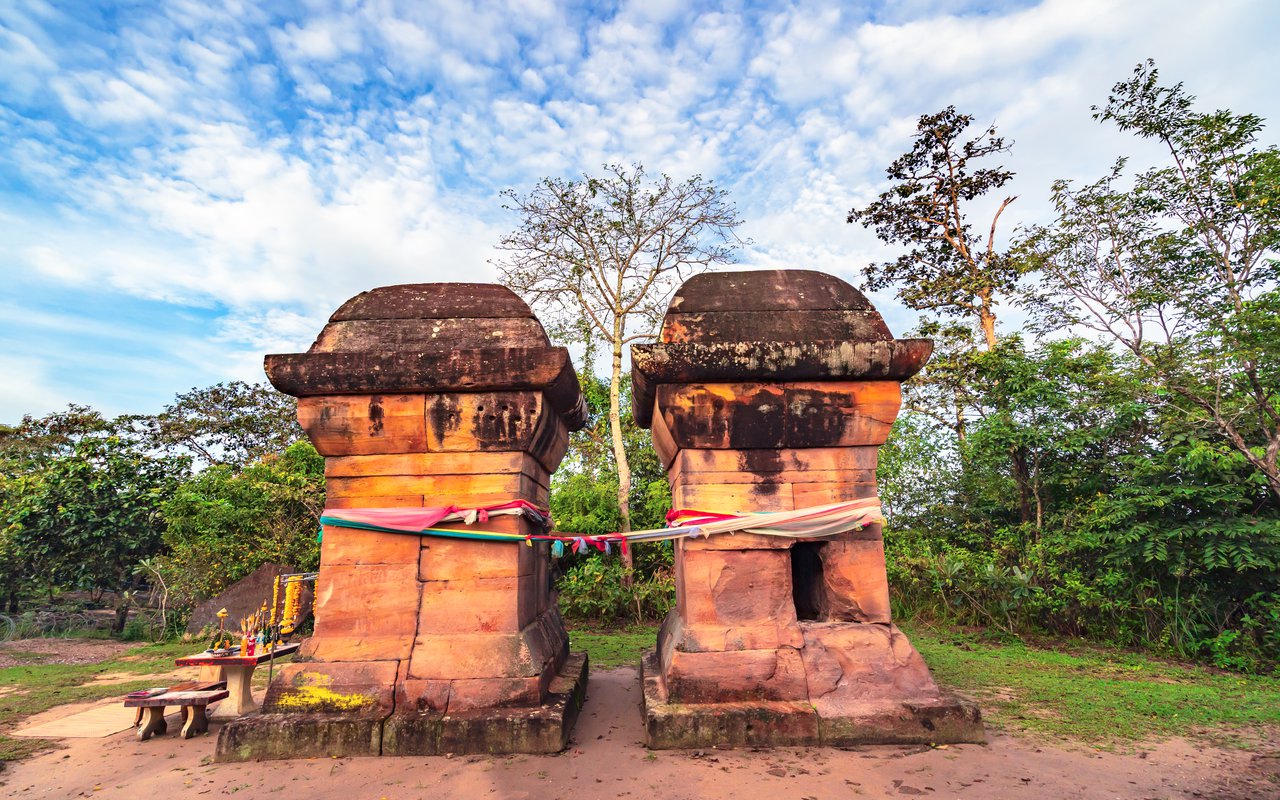 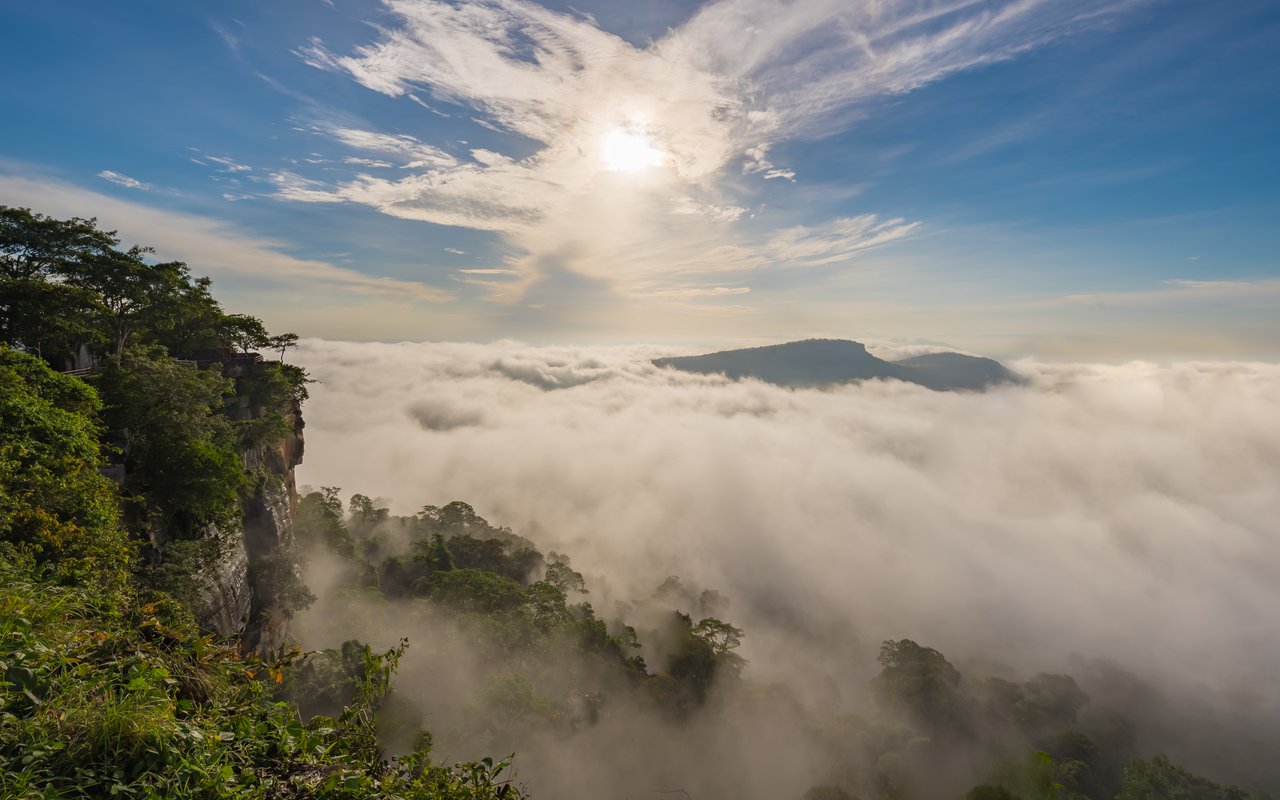 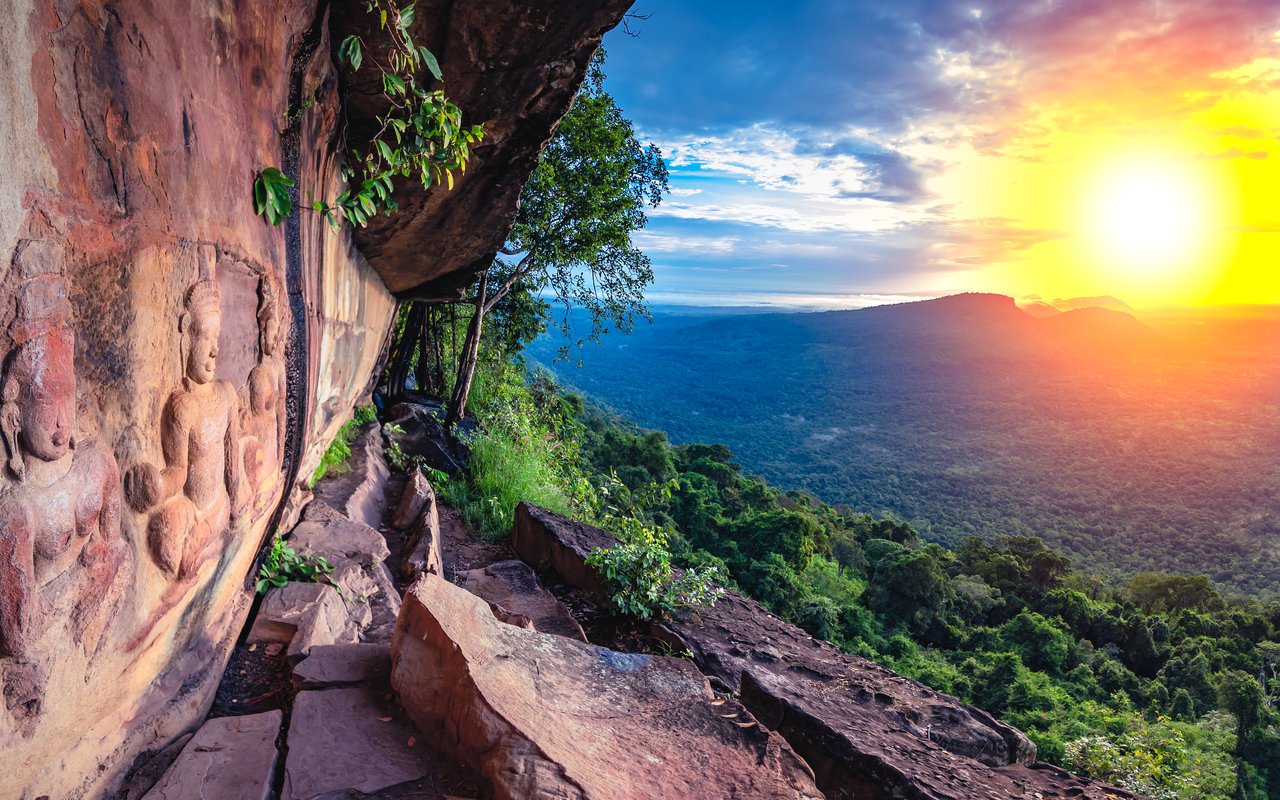