Like creatures from outer space who have lost their way to Earth and curiously turn their heads around, they look like the "Bolwoningen" in the Netherlands.

In the village of’s-Hertogenbosch - commonly called "Den Bosch" - there is a whole collection of them, in the middle of the typical, brick-clad, Dutch houses of the 80s. But what about these extraordinary apartments, which could also be oversized golf balls from a distance?

At an early age, he was spellbound by bullets, which for him represented the most natural way of living, because: "We live on a sphere; we were born out of a sphere, so why should not we live in a sphere?" He quotes Website "archdaily.com".

Those who live in a sphere feel closer to nature because they can see in all directions, according to the opinion of the architect. The building was financed by a special Dutch subsidy, which was paid for experimental housing projects.

Contrary to Kreijkamp's vision, however, the "Bolwoningen" does not rest on the ground but stand on cylindrical support. The balls have a diameter of 5.5 meters and a living area of 55 square meters, which is divided into several floors.

On the ground floor is the bedroom, in the mezzanine bathroom and upstairs then the spacious kitchen. Additional storage space can be found in the column. The various floors are connected by a spiral staircase. Through six round windows, 1.2 meters in diameter, light enters the spheres. Above all, the upper floor, in which the living and kitchen area is located, is flooded with light and offers the residents - as requested by the architect - a wonderful all-round view.

The architect also had to make concessions when choosing the materials. For fire safety reasons, the residential complexes are made of cement, which is strengthened by a fiber-plastic composite; they are insulated with rock wool. As a result, they were a little heavier, as he had thought, in spite of all weigh the ball houses only 1,250 kilograms.

The accumulation of the "Bolwoningen" seems almost alien. But Kreijkamp was infatuated with his buildings and convinced that this form of living would prevail. In 1990, however, due to some structural defects, the houses were close to demolition, only a complete renovation could save them. Nevertheless, Kreijkamp did not give up working on his buildings until his death in 2014.

Above all, he saw the advantages of this type of life and construction in that the spherical shape combines the largest possible volume with the smallest possible surface area - so little material is needed for this. Also, the houses consist of prefabricated pieces that are built in a short time, consume little energy and are easy to maintain. 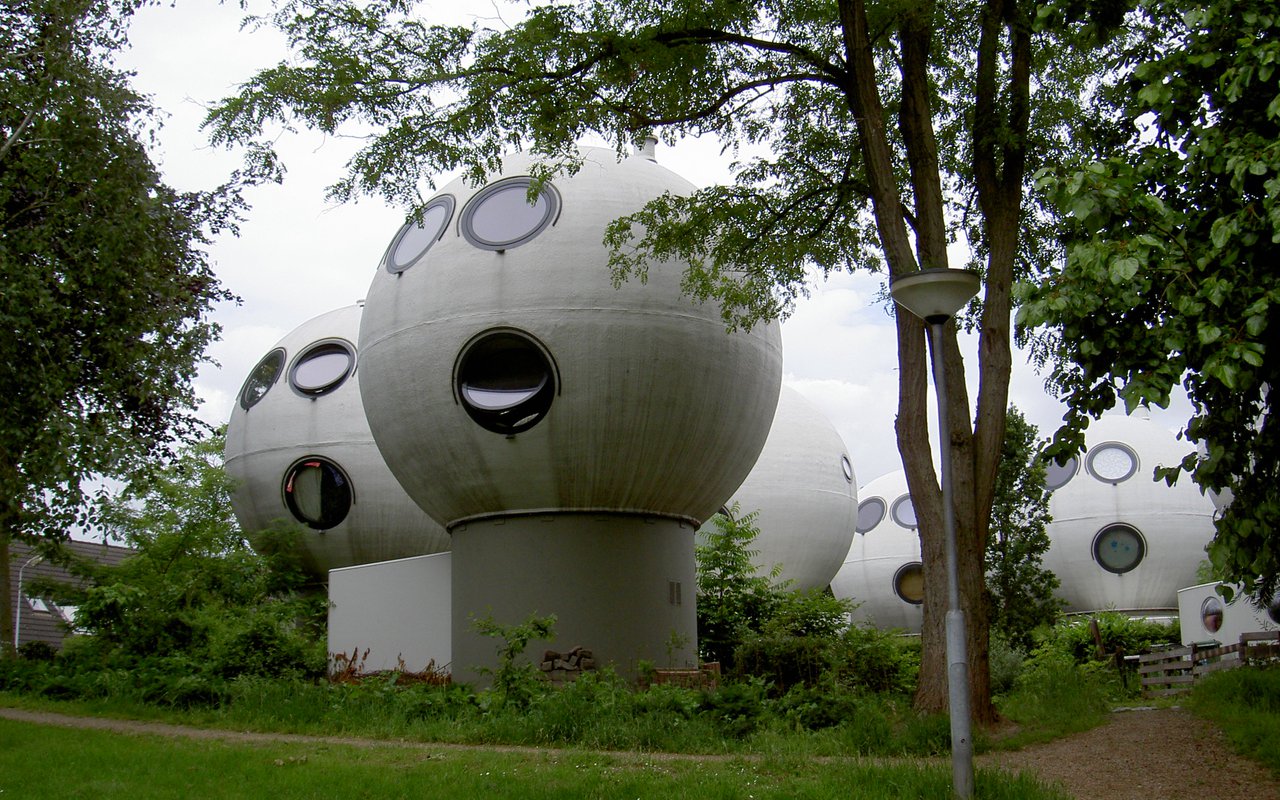 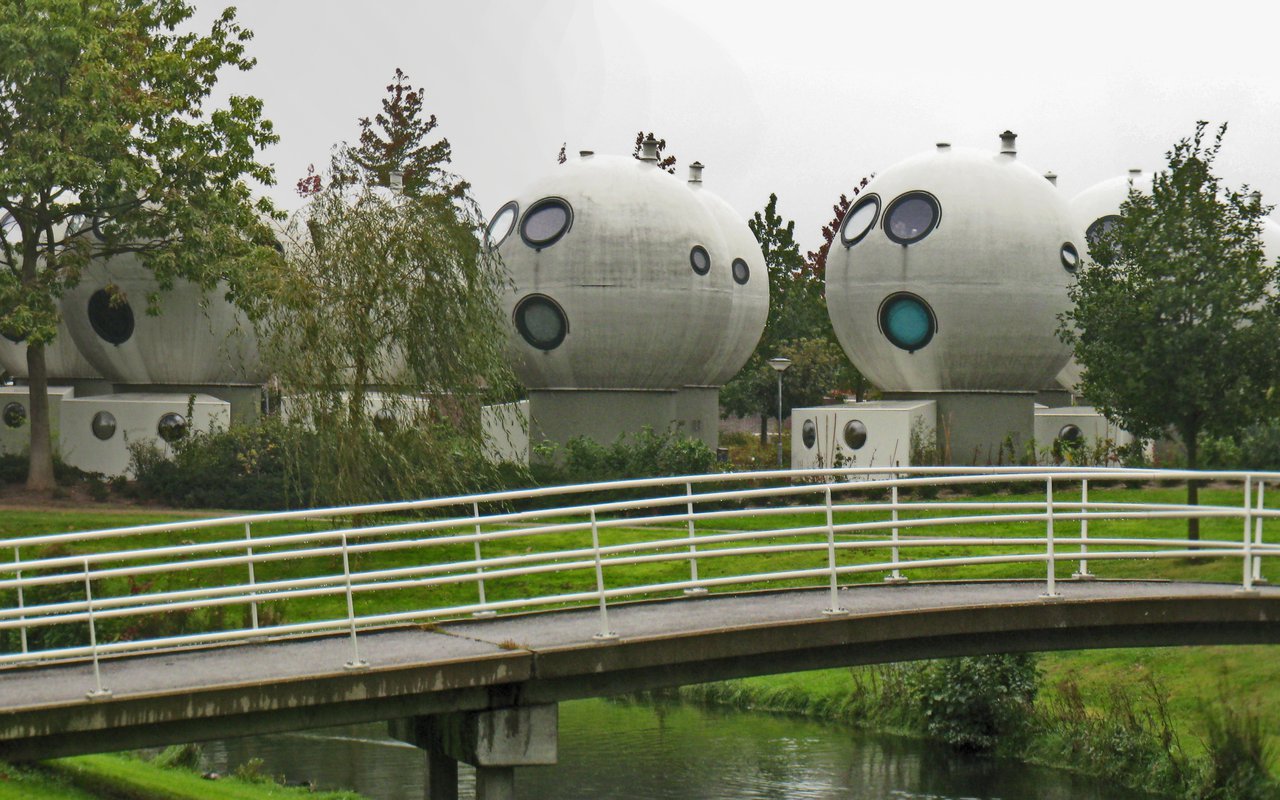 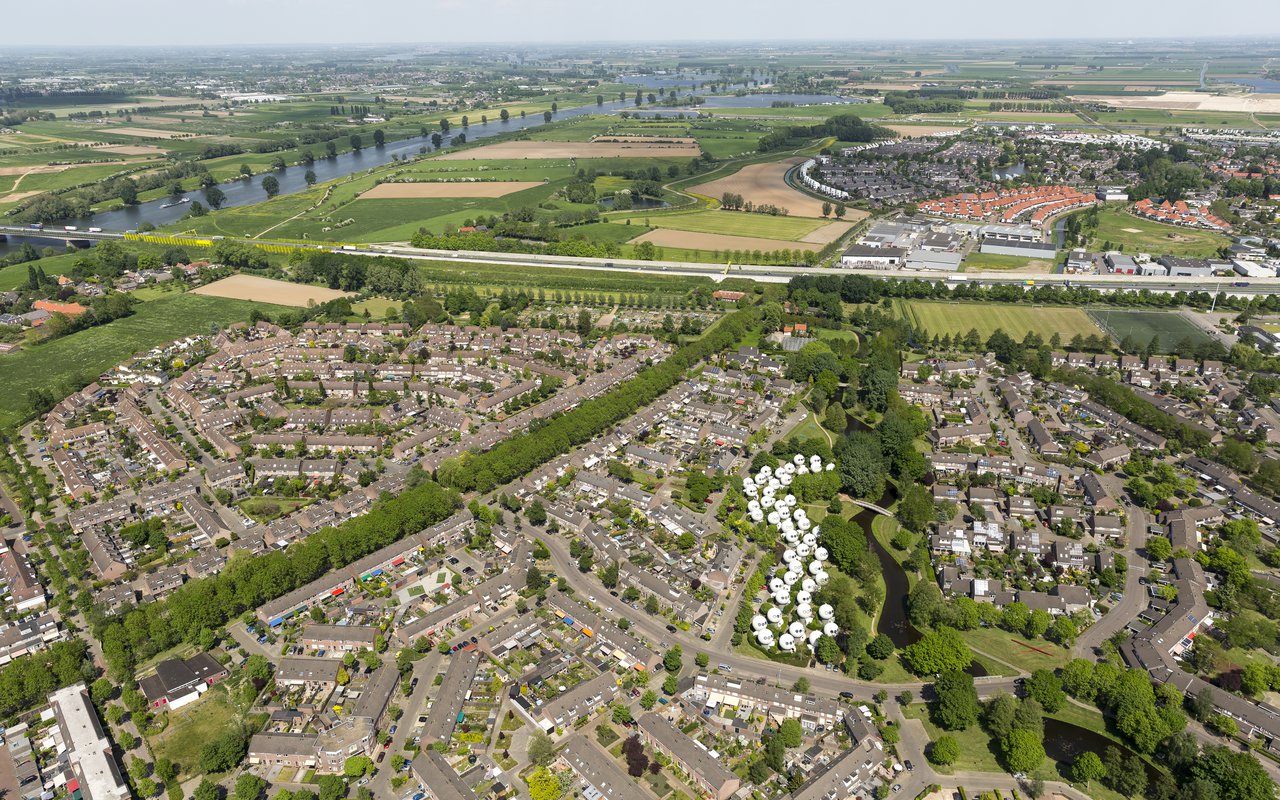 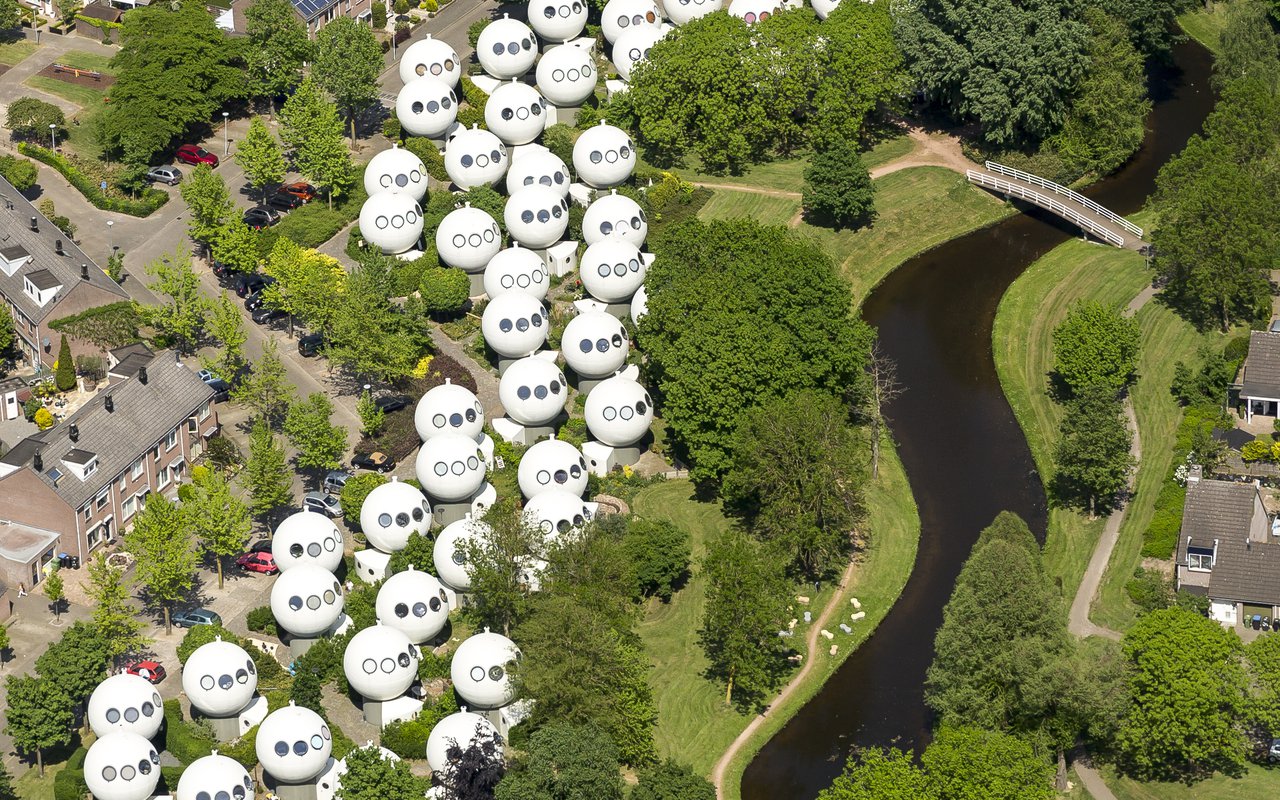 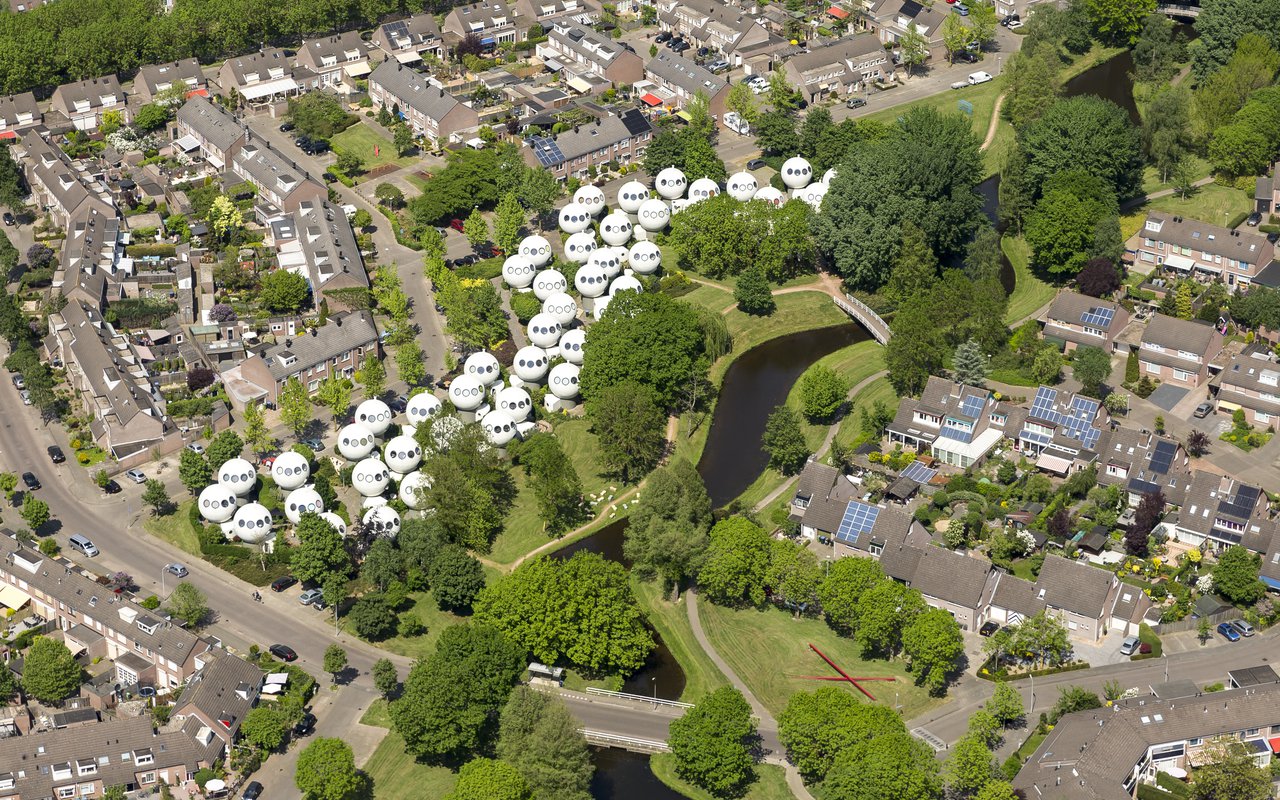