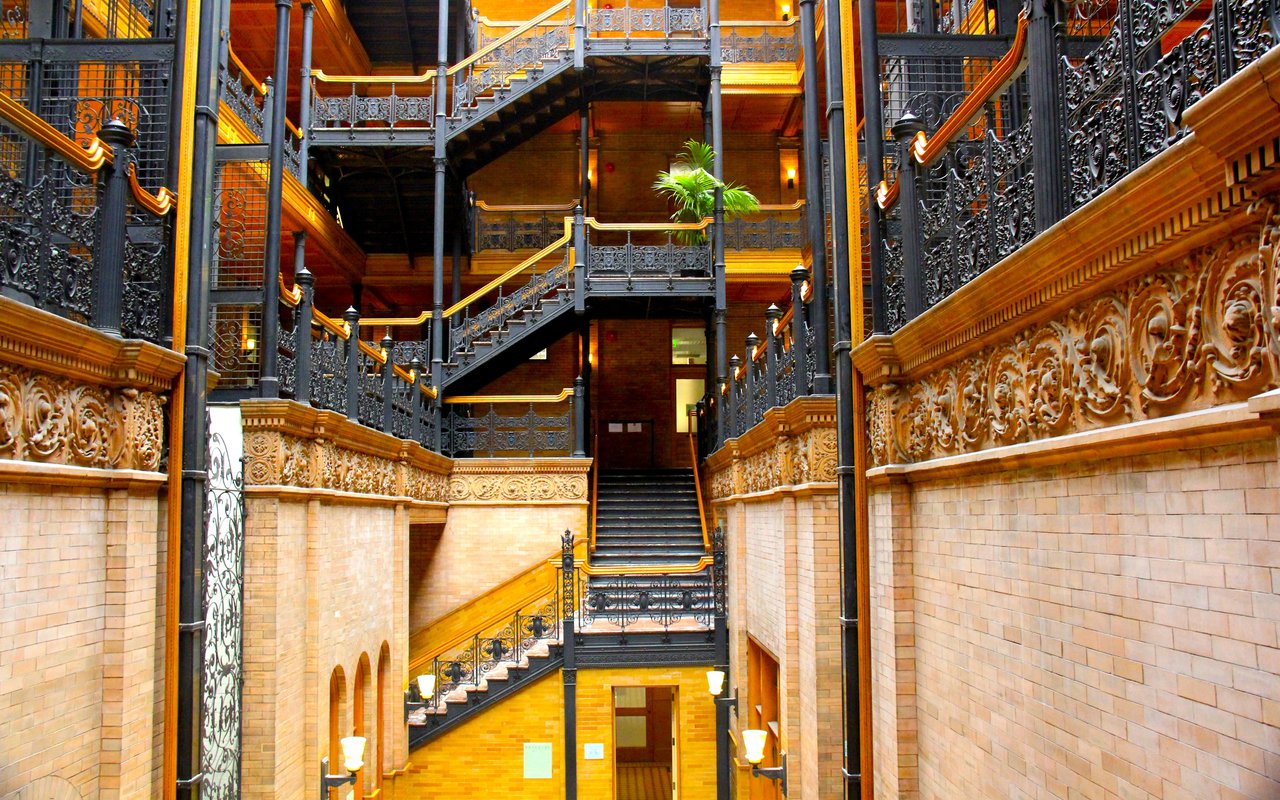 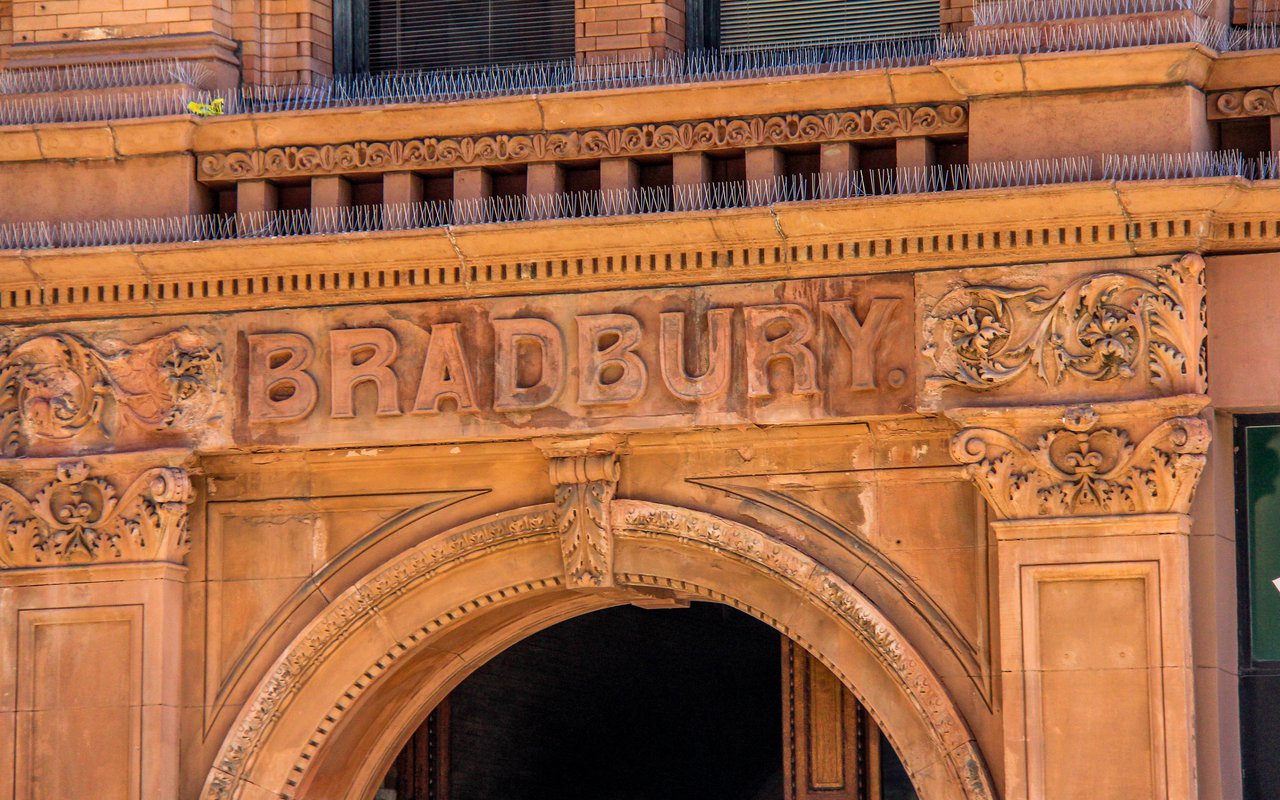 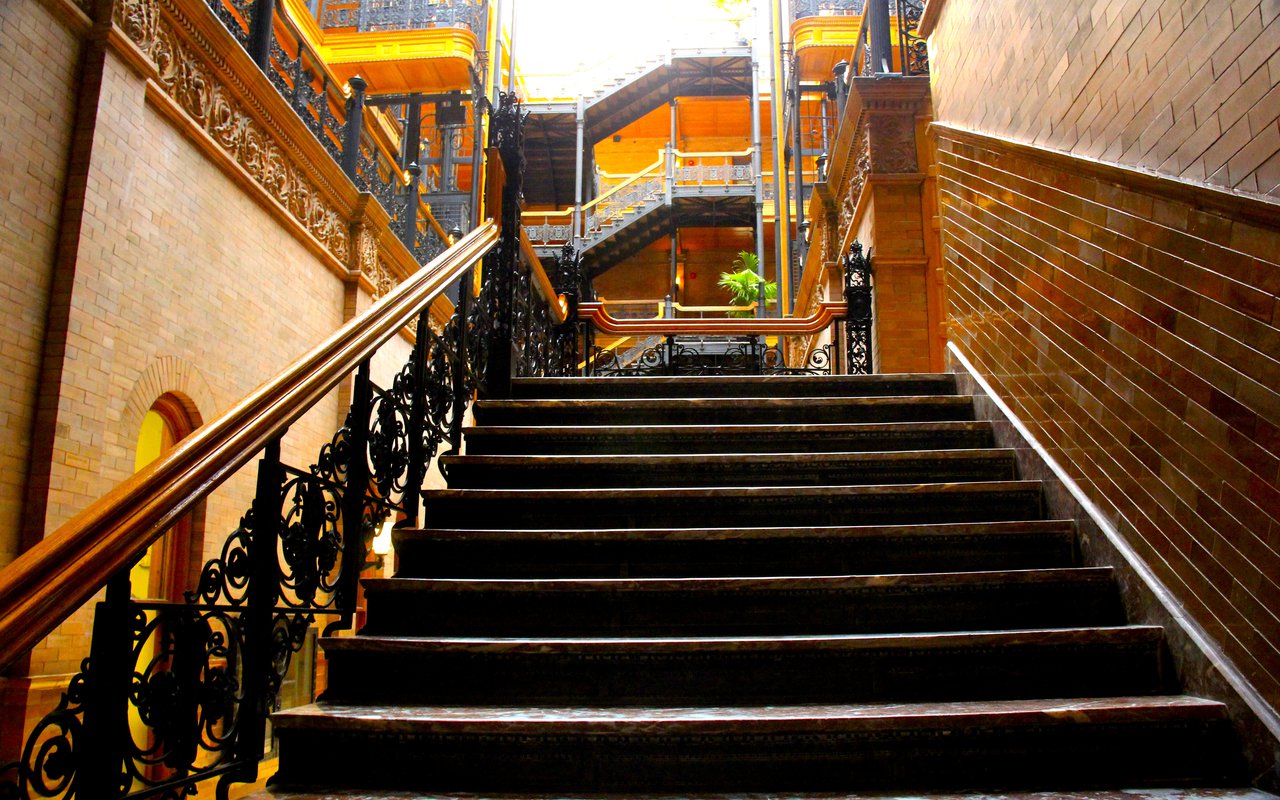 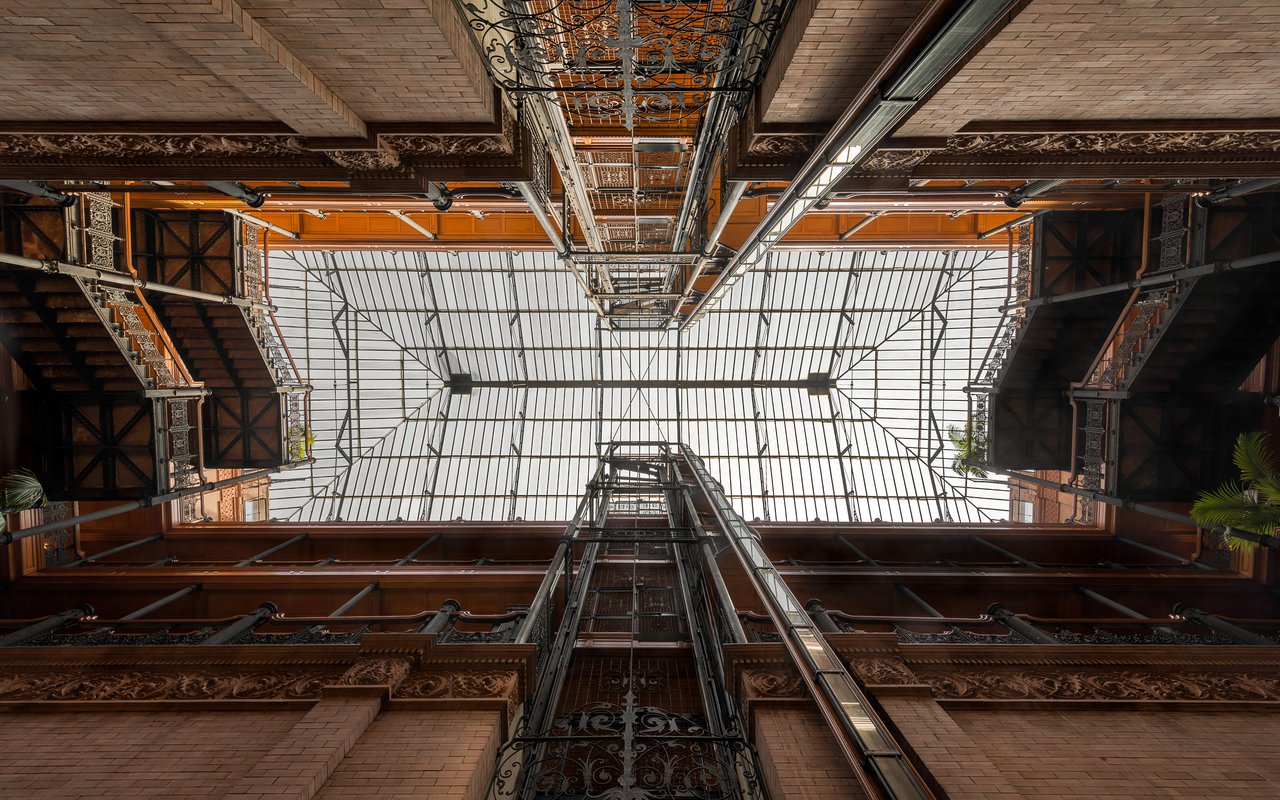 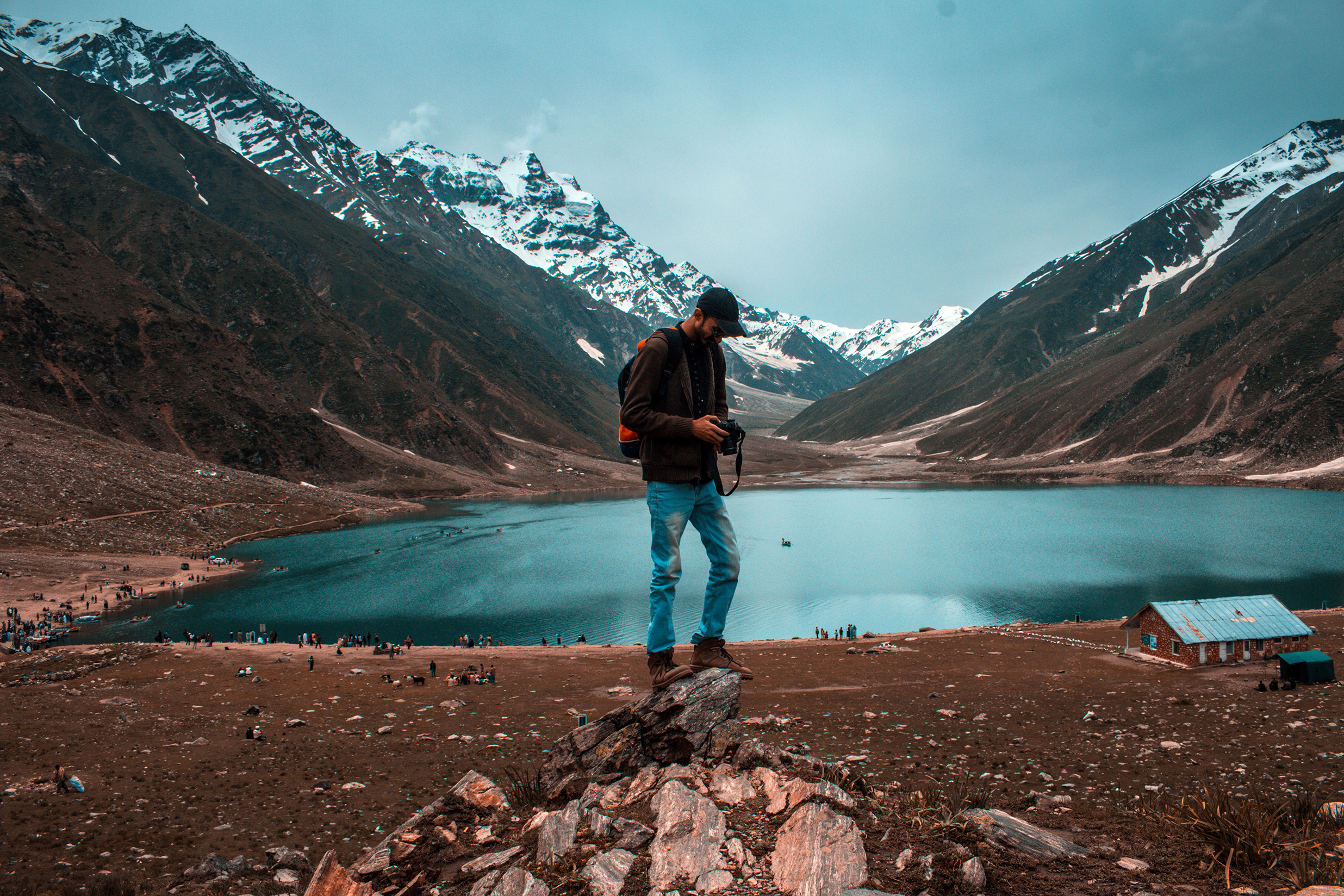 Bradbury Building on Broadway and Third Street is a popular landmark in downtown Los Angeles, best known for its significant film appearances, including the original Blade Runner, (500) Summer Days, and Marlowe, starring late James Garner. The Bradbury building is the oldest commercial building in the downtown area of Los Angeles. It holds a Romanesque exterior and almost makes Harry Potter feel inside with its ornate, detailed iron gates, open cage elevators, marble stairs, and the airy light that fills the building. It really took only about 5 minutes to see what was allowed. If you're in the area, it's worth the stop... just don't come out solely for the building.