Walk around the streest of Sassi di Matera

The Sassi represent the ancient part of the city of  Matera.

The term "Sassi" was used for the first time in 1204, assigning to two picturesque neighborhoods known as the Sassi of Matera, whose extraordinarily unique appearance has impressed travelers of all ages.

Contrary to the public belief, the “Sassi” was not a ghetto where people were relegated, it was just a particular neighborhood where people build their houses into the stones. With the 'increase of the population, though, were overcrowded and the housing shortage had led many families to use as dwellings caves and cisterns as their houses as well.

In 1993 Sassi di Matera were included in the list of UNESCO World Heritage Site. The first of the two Sassi, Sasso Barisano is generous in gardens, monasteries, houses the carved portals. The Caveoso, laid out like a Roman amphitheater. Entering in the dense residential streets you can appreciate the variety of spontaneous architecture rise through the centuries. To learn the uses and customs of the inhabitants of the old quarters of the Sassi of Matera before they drop, you can also visit a typical cave dwelling is furnished with antique furniture and equipment.

The Sassi of Matera, a town located position that the water quality is very poor water,  hence the residenst masterfully implimented natural resources around them. Right from 'Bronze Age' s water was stored for long periods of drought, thanks to an intelligent system of collecting, funneling it through channels within tanks dug into the limestone. Gardens, hanging gardens and streets are often based on the roofs of the houses below, the houses are lit up by 'high; to' internal, thanks to the insulating properties of the tuff, the temperature remains constant at 15 degrees.

Overall you must stroll around the town and enjoy the narrow and crooked streets, it's stairs and paved stones roads that are slippery from centuries of wear. There are three churches of significance and some minor sights but the real draw is the atmosphere. Wear sturdy shoes, carry some water, and go get lost. 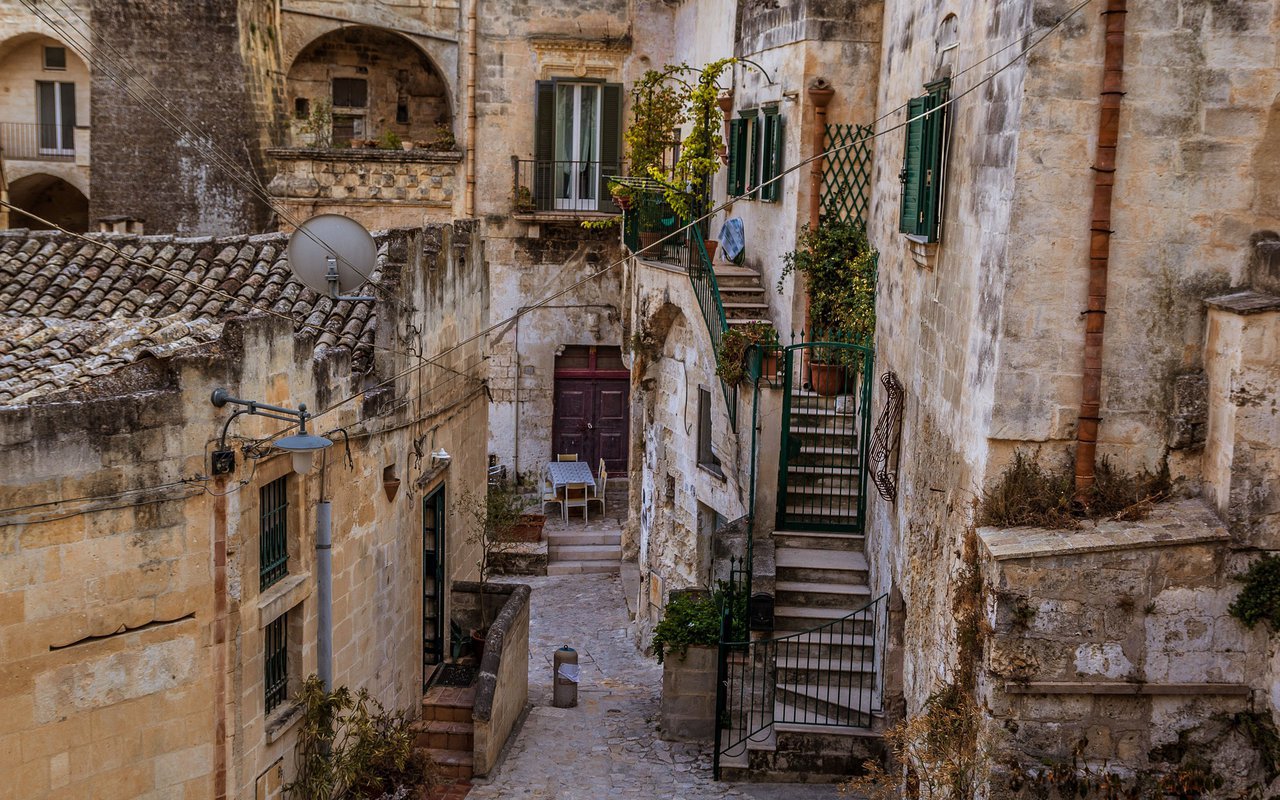 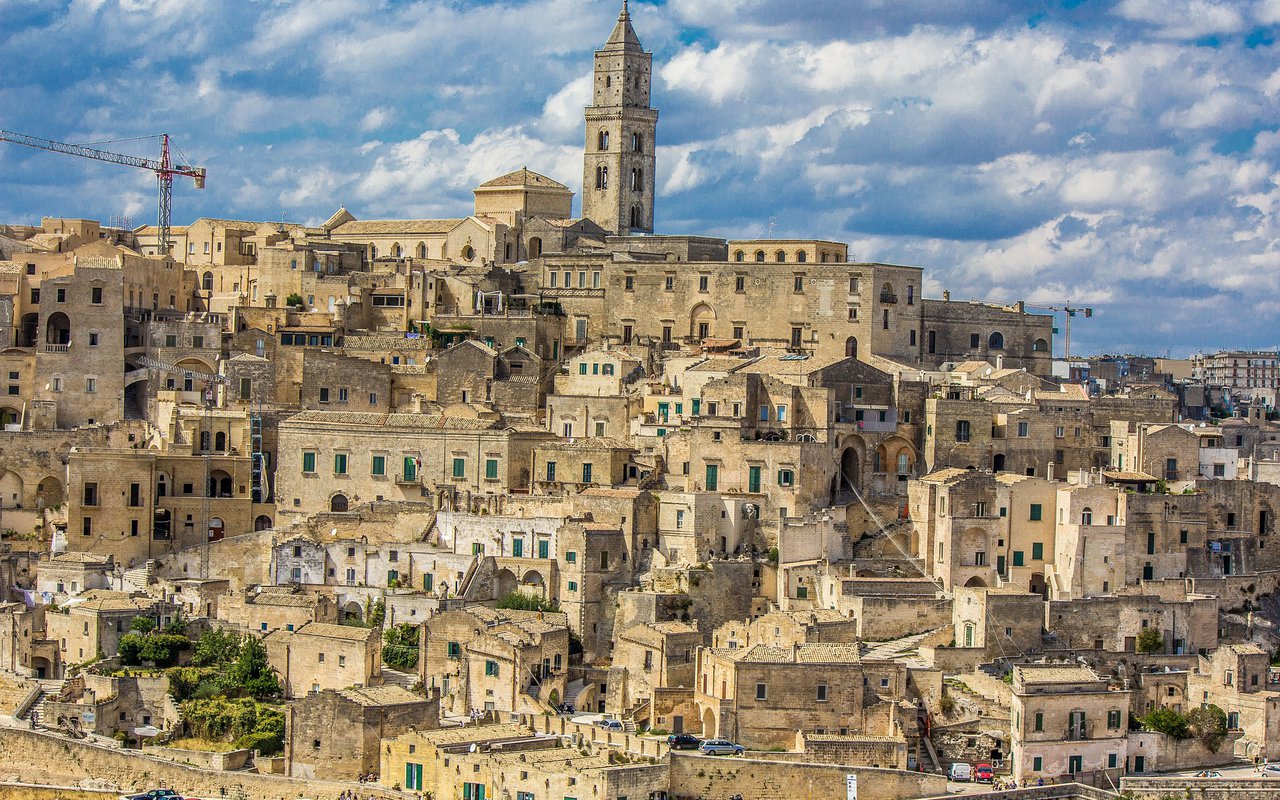 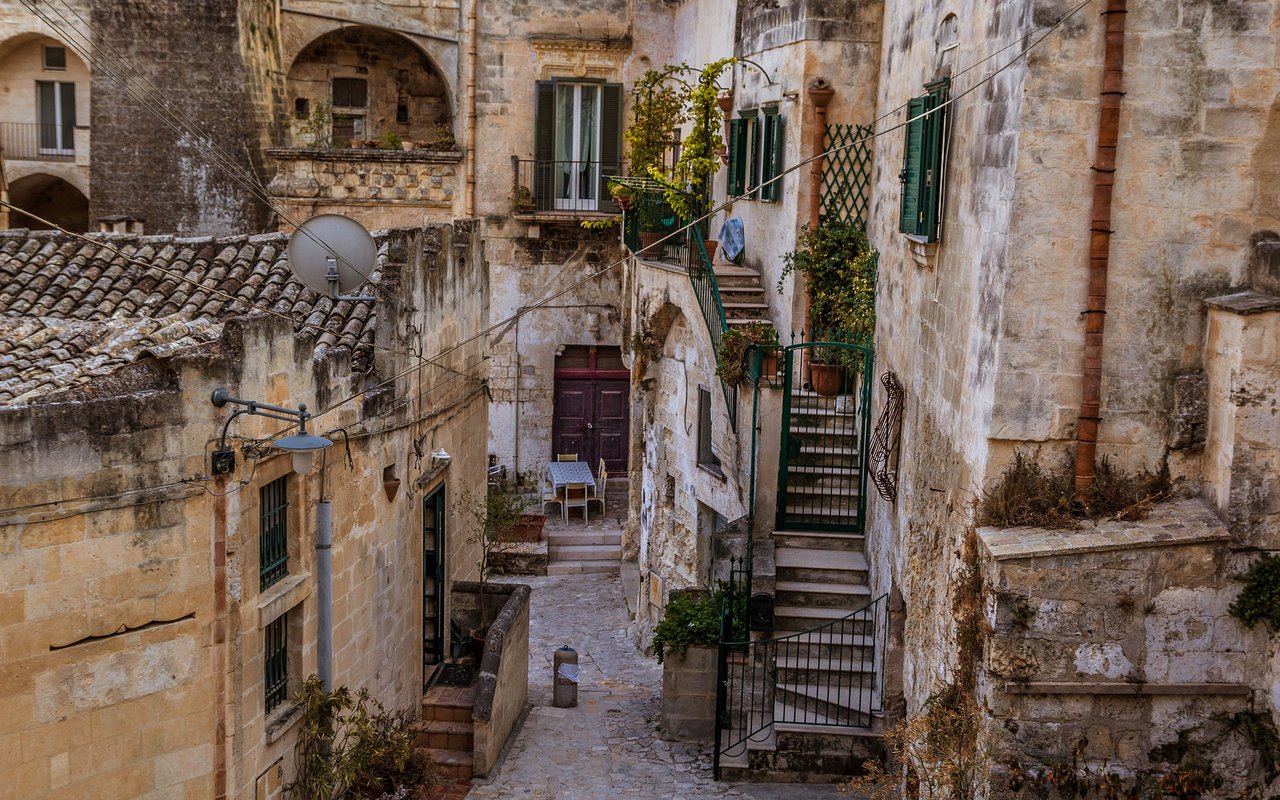 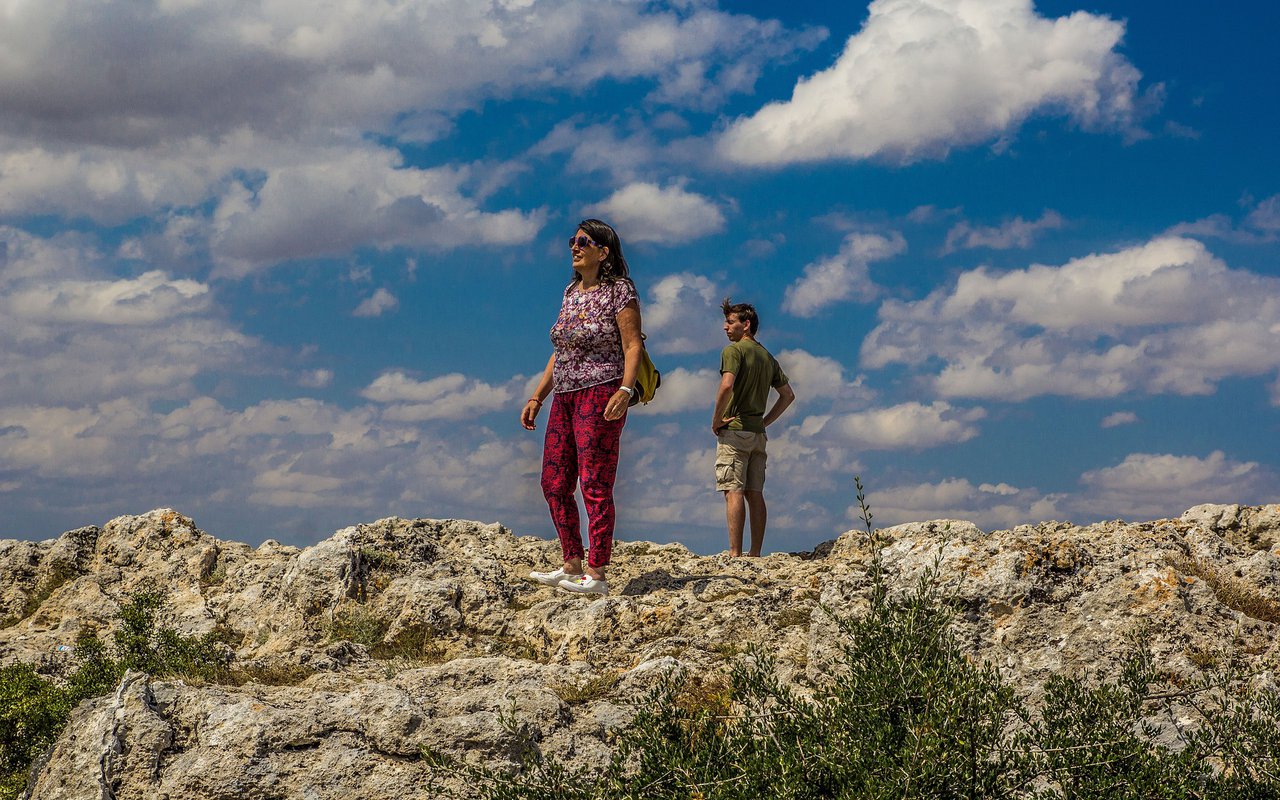 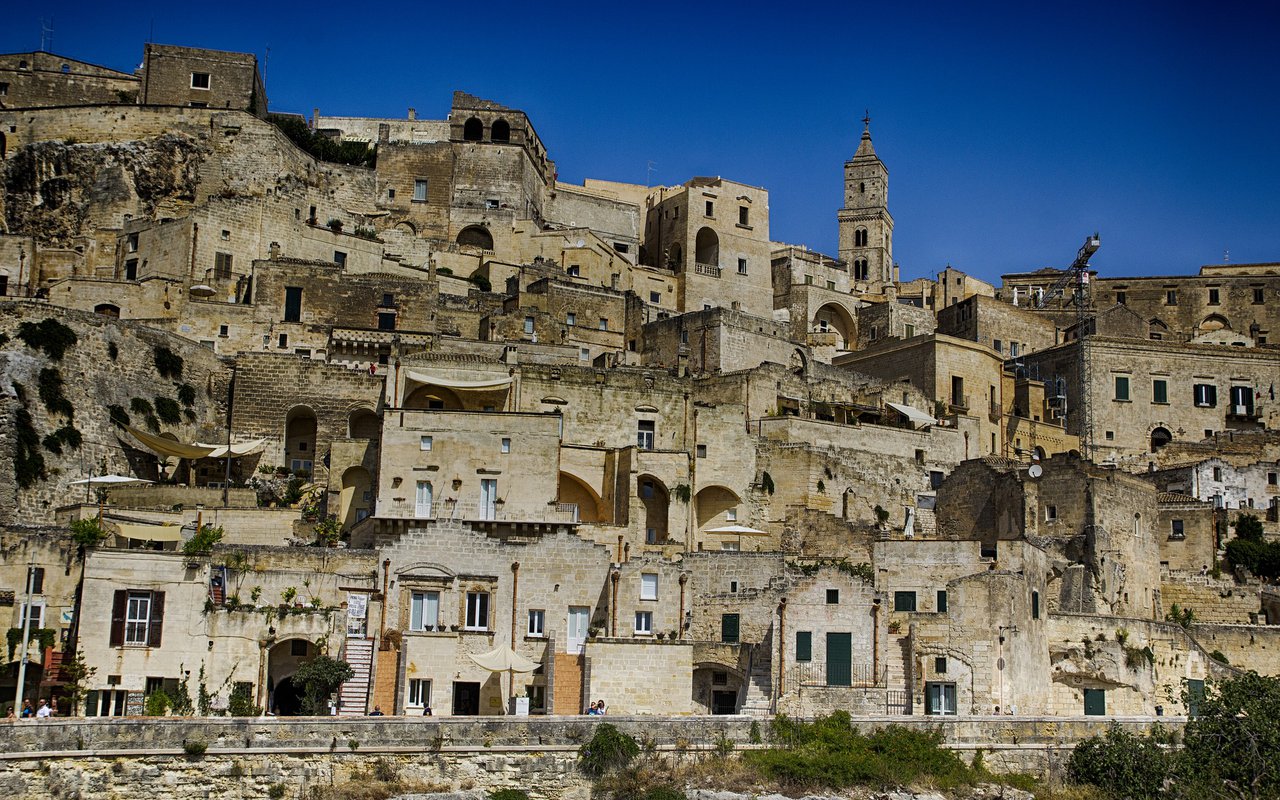 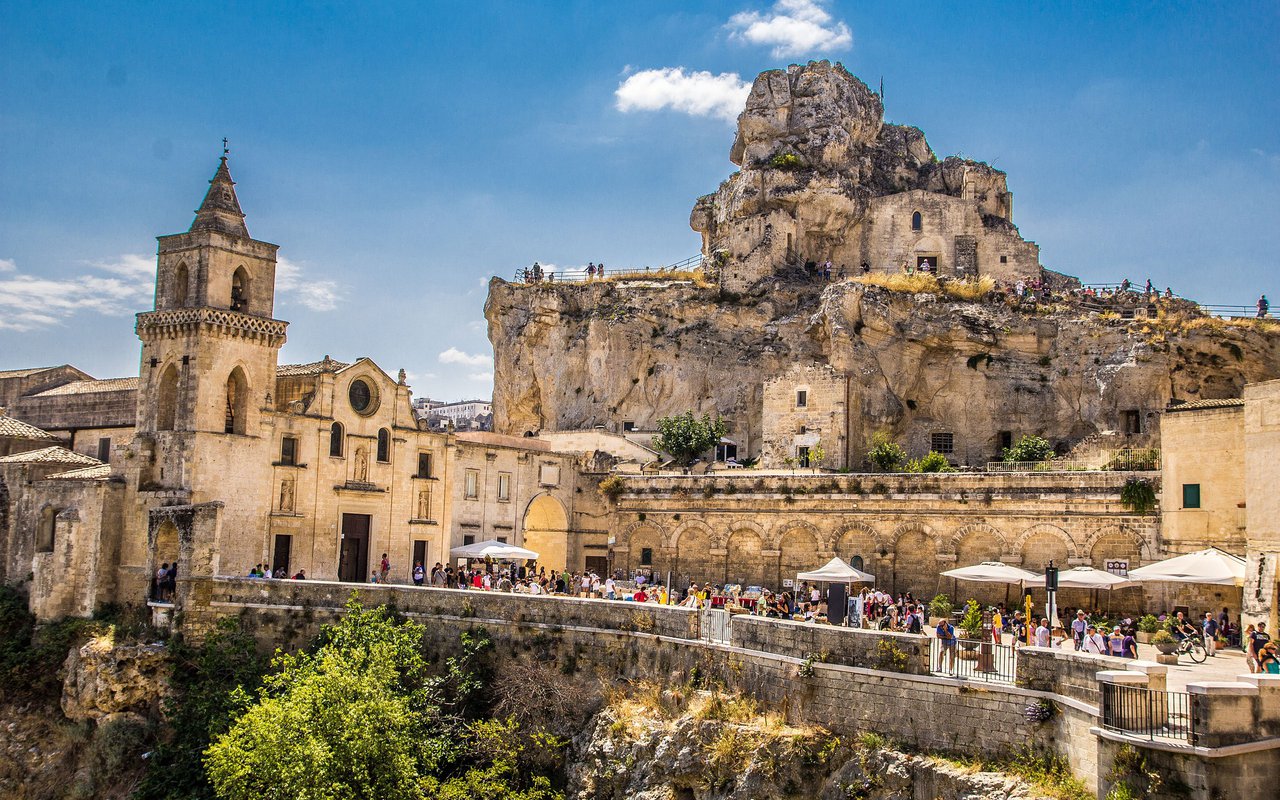