Walk around the ancient narrow streets of Pietrapertosa 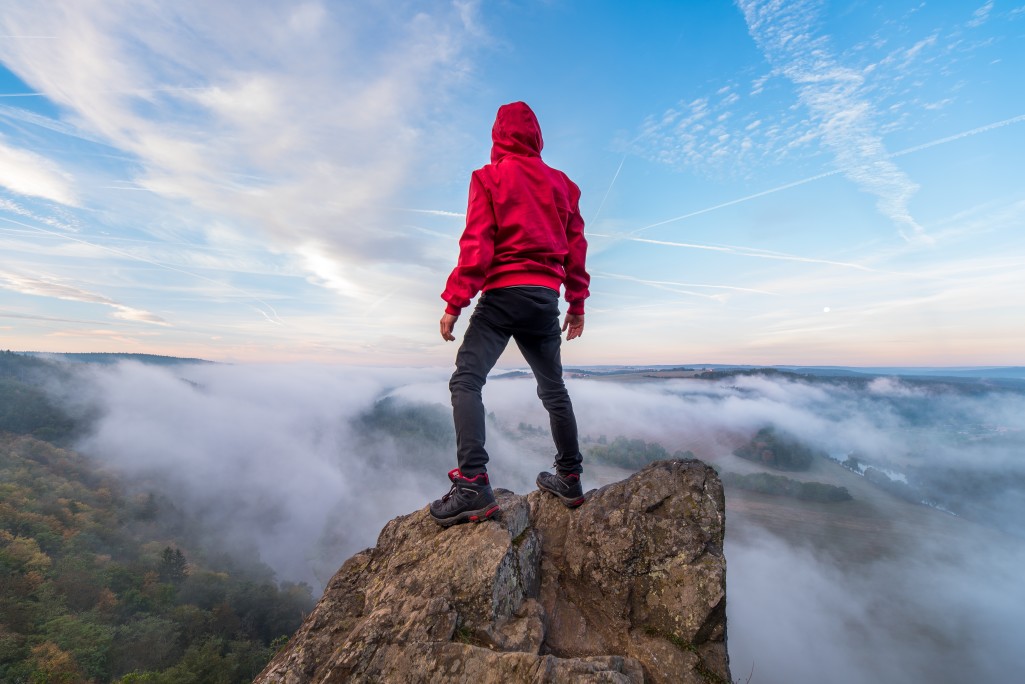 Pietrapertosa is a small village of about 1.000 inhabitants on 1.088 m a.s.l., famous for being the highest municipality in Basilicata and surrounded by rocky towers. This village is wholly built on the bare rock, almost embedded in it, taking advantage of every little nook and cranny. It runs virtually along the only main road to the foot of the old Castle that dates back to the Roman occupation. This fortification is dominated by a spectacular natural arch that once was the site of a watch-out and a sentinel. Pietrapertosa shows itself to the visitor as an ancient village that has somehow managed to preserve its medieval appearance, especially in the oldest part at the foot of the Castle that still retains the ancient Saracen name "Arabat" characterized by narrow streets and blind alleys.

You should also visit the ancient Saracen Castle in the old quarter on to Pietrapertosa with its spectacular ruins and fabulous views over the hills, or the Assunta Chapel. Also, the magnificent church "Chiesa Madre di San Giacomo;" worth a visit. 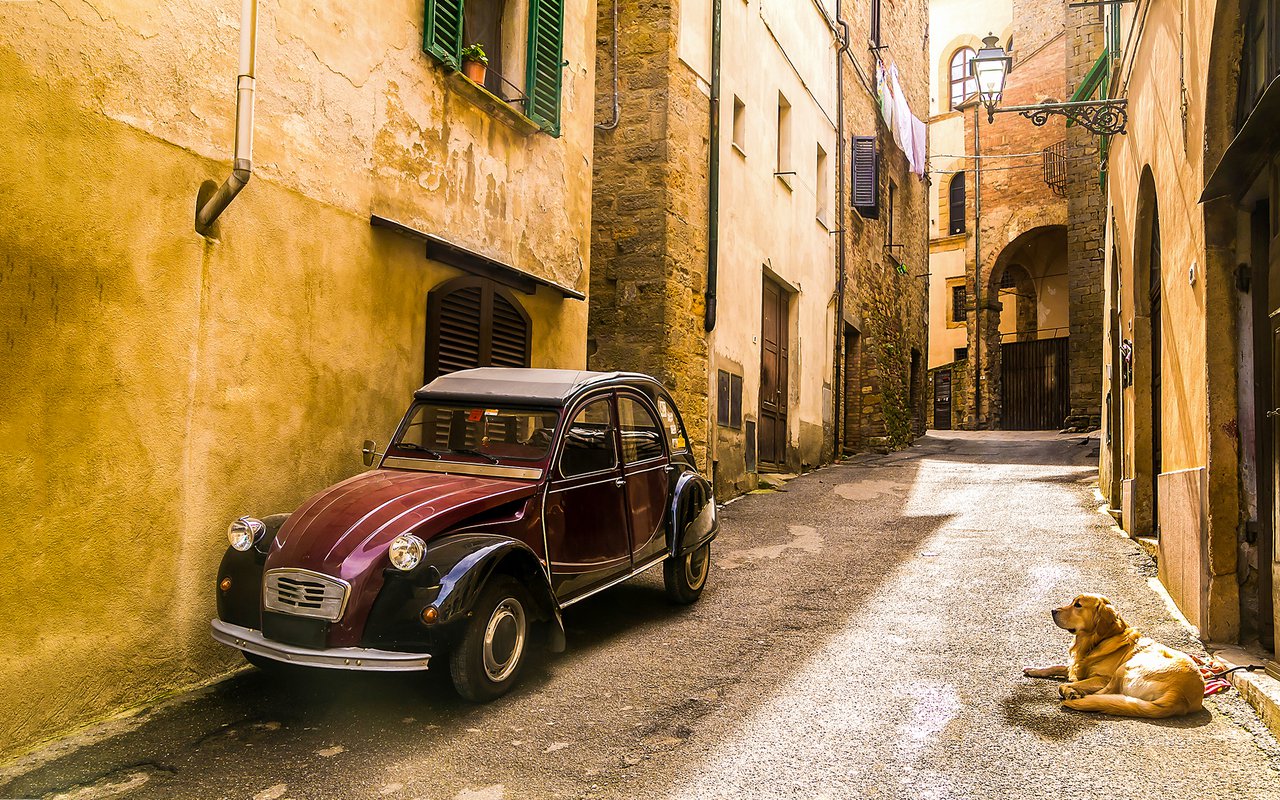 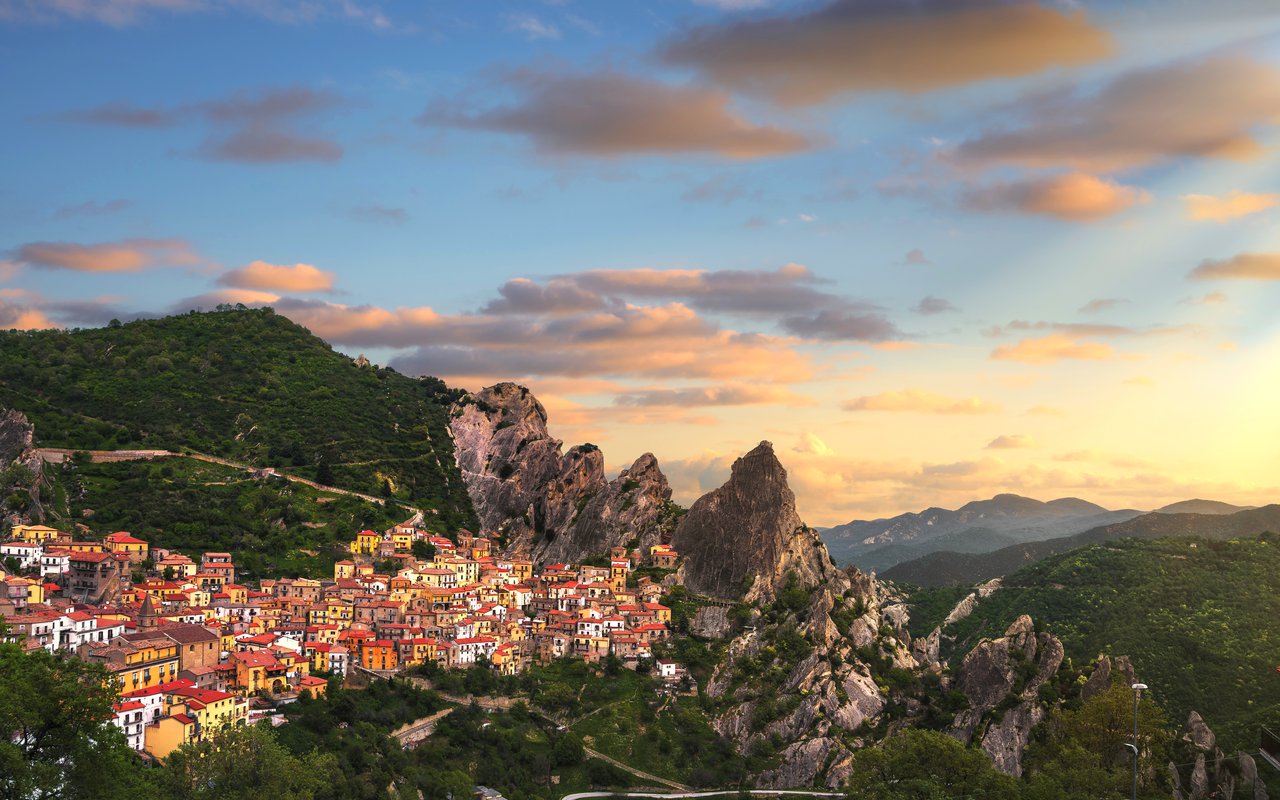 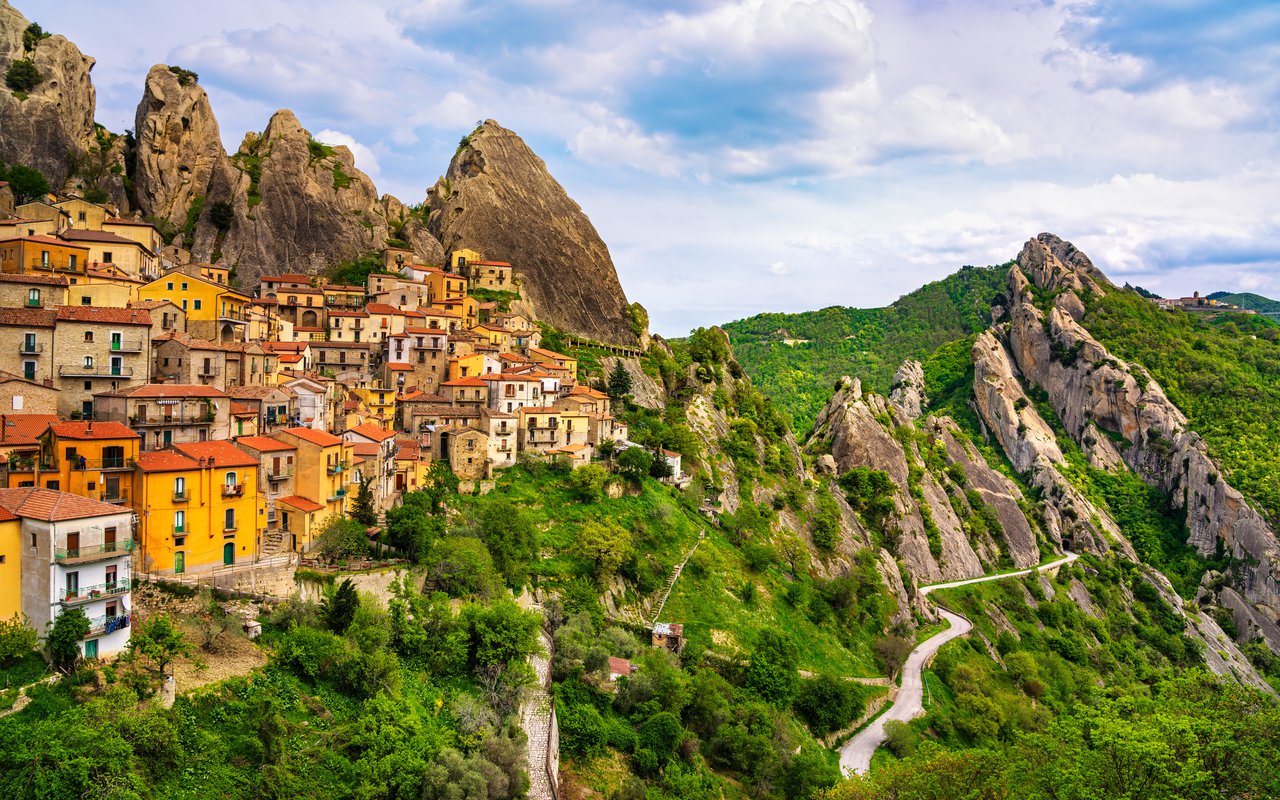 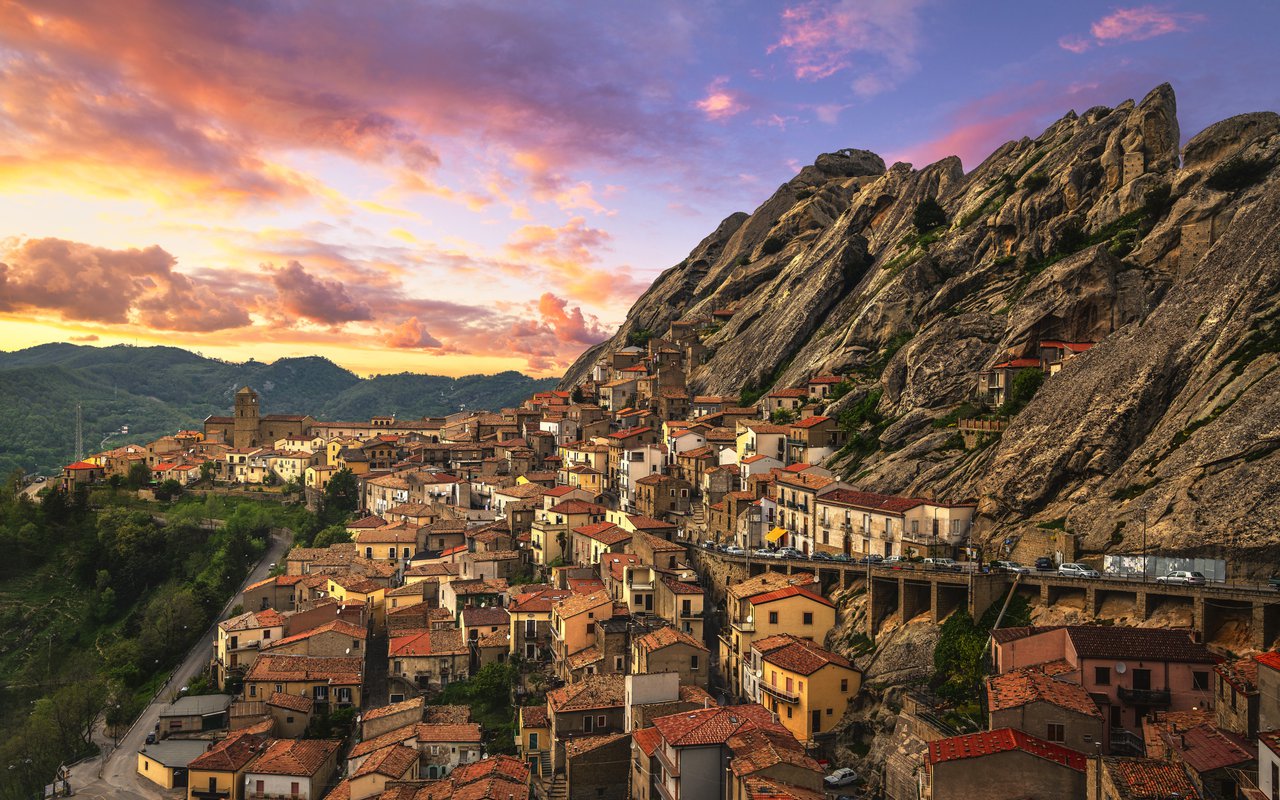