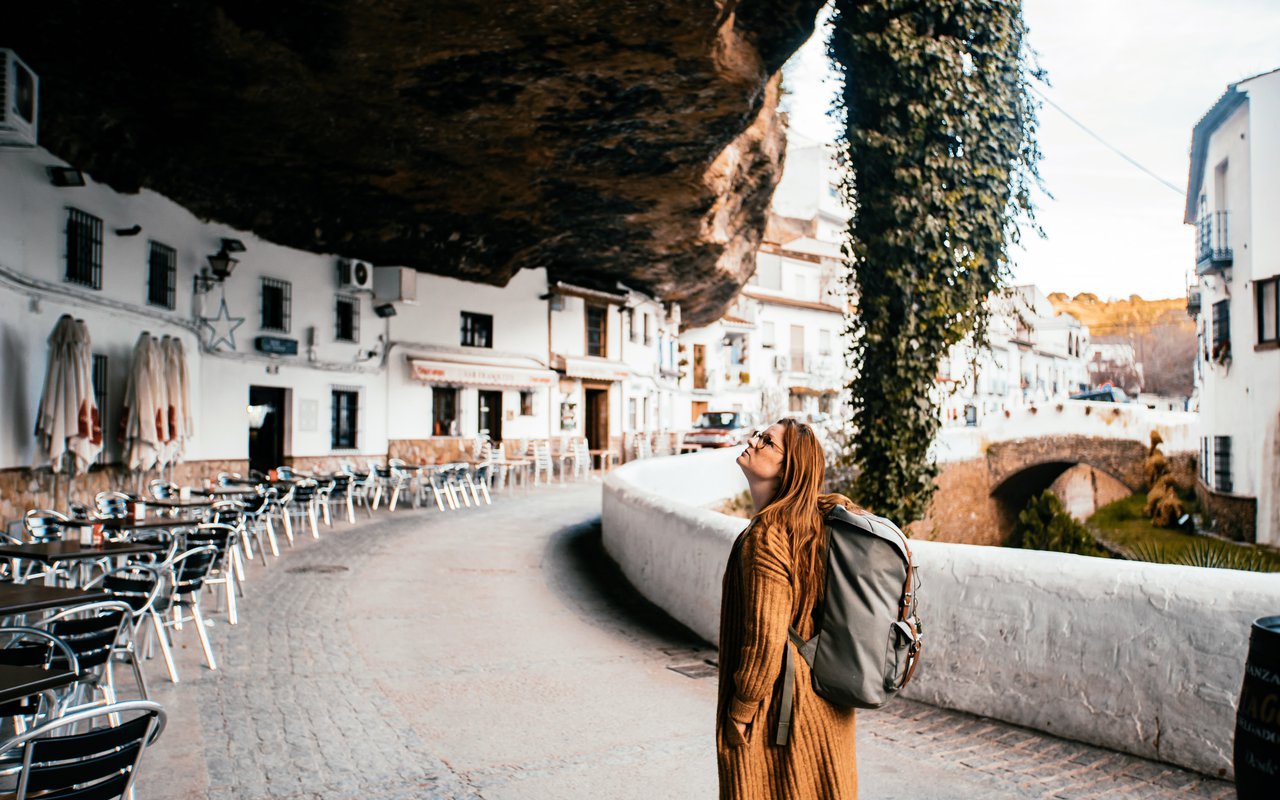 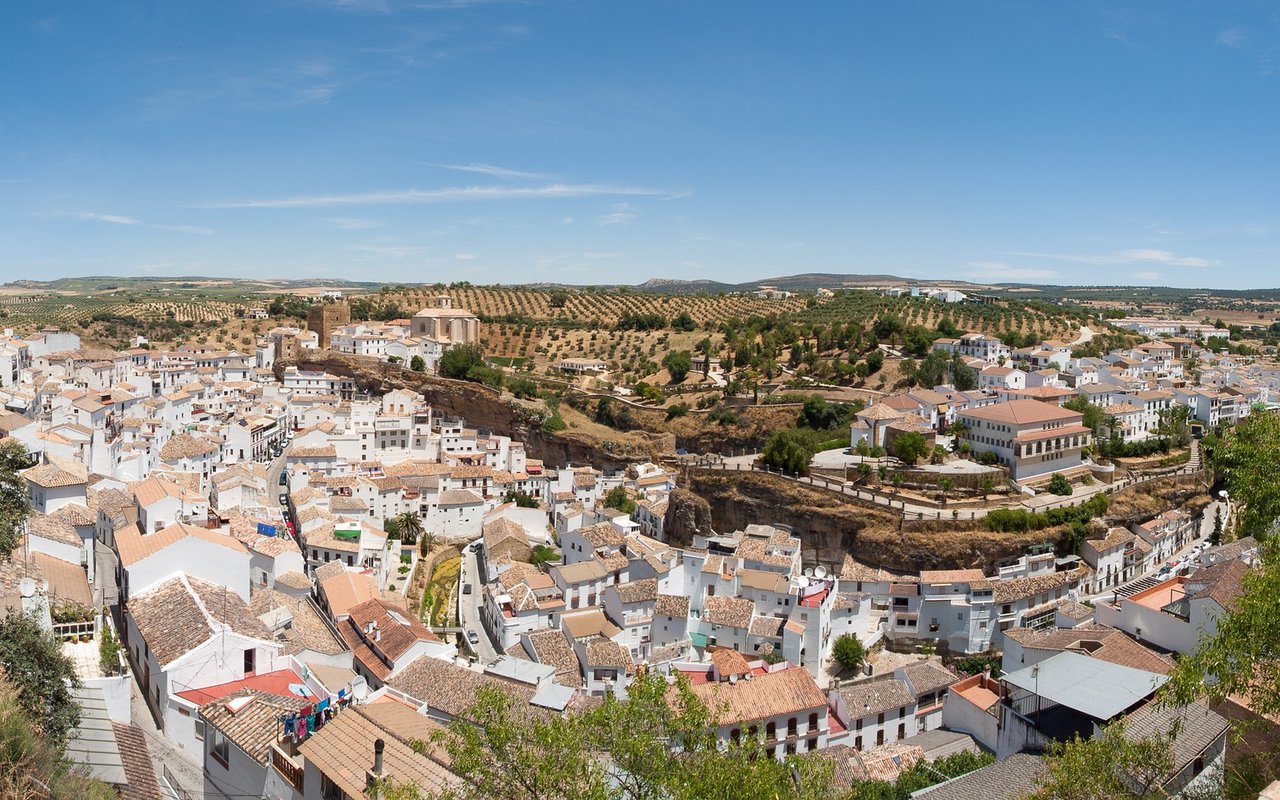 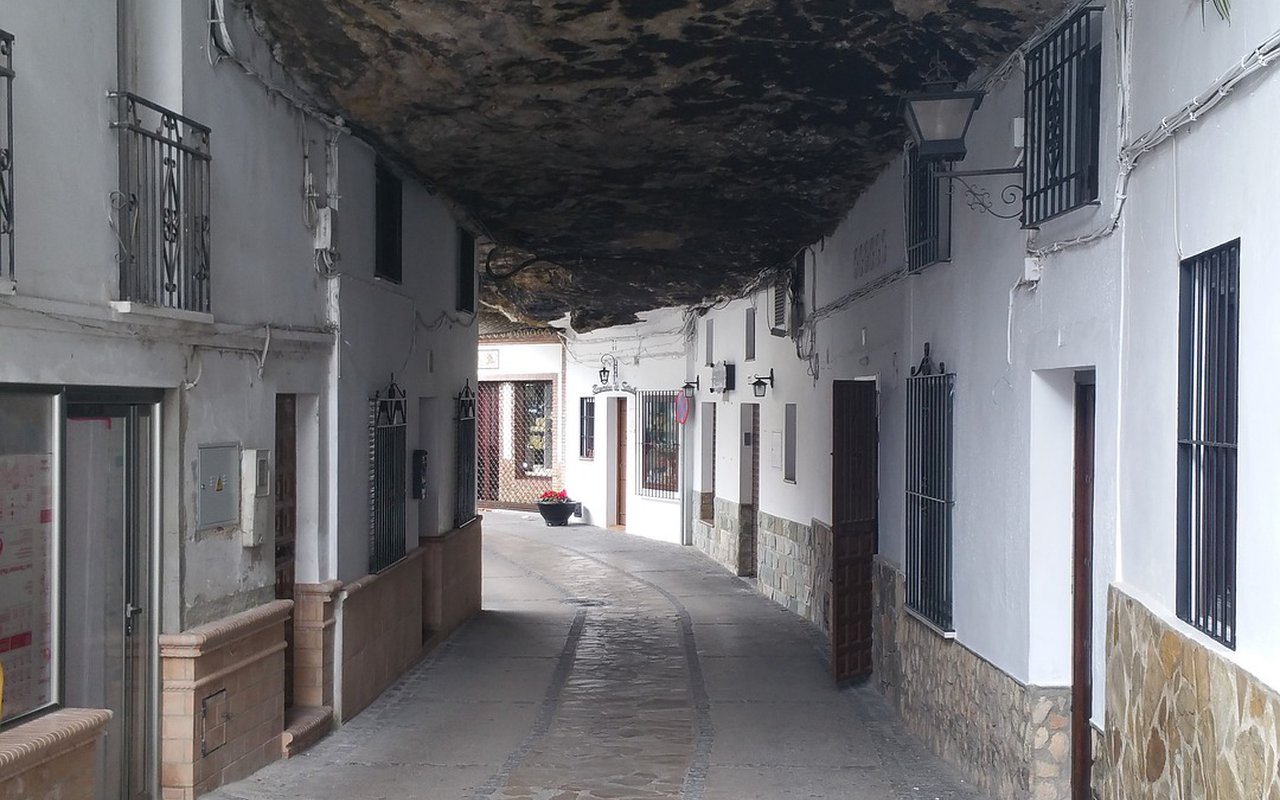 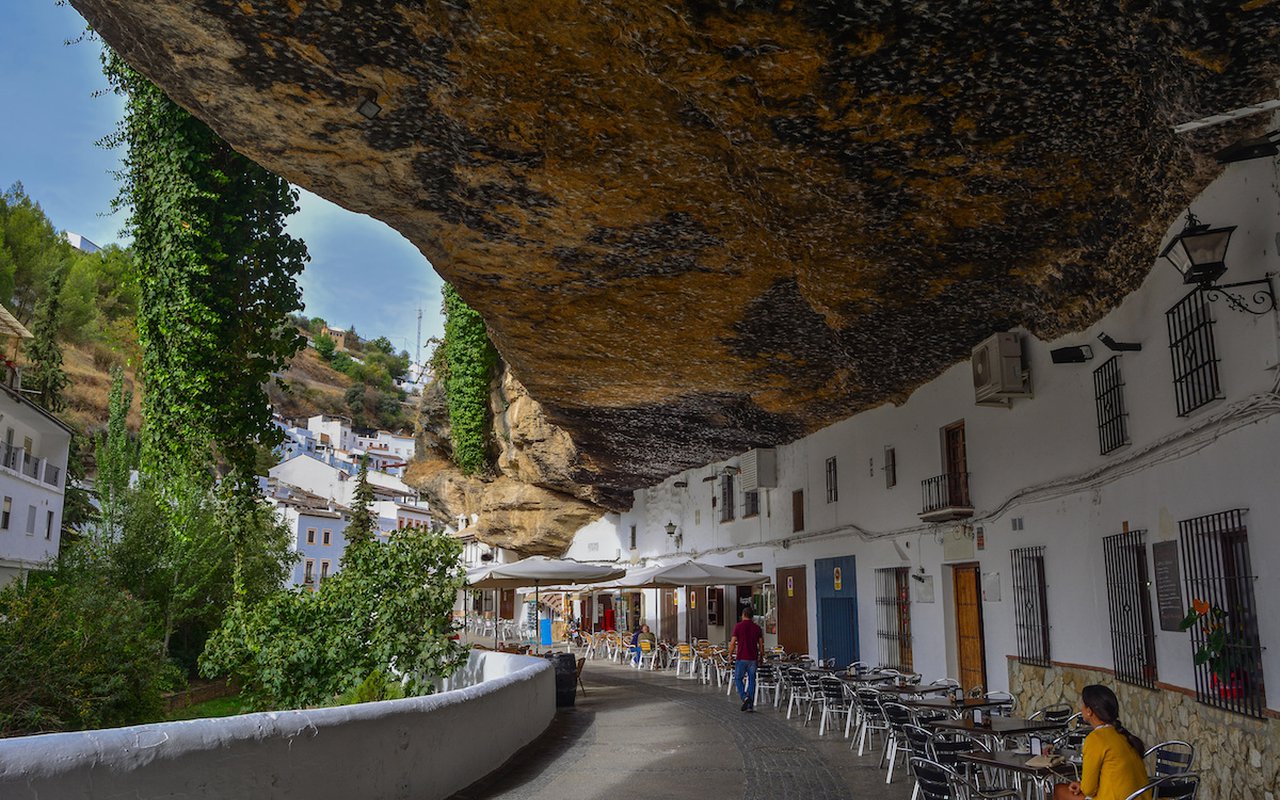 Setenil de las Bodegas is a really interesting town to visit. Named after its once flourishing wineries and bodegas - Setenil is seemingly the most unique looking village among the Pueblos Blancos and white villages, of Andalucia. Where most Pueblos Blancos were built on protective cliffs and pinnacles, this town grew out of a chain of caves in the cliffs above the Rio Trejo north-west of Ronda. Its blinding white houses seem to emerge from the rocks, and some have rock roofs and even olive groves on their roofs. There are so many dwellings set into and onto the cliff faces, tucked under overhanging rocks or in cracks that it is marvelous.

You can wander for ages looking at the house or go into small shops whose tiny frontier opens out inside into a veritable cavern. The town is clean and well kept and everybody takes pride in their little patch. A river trickles through the middle of the town and great swathes of creepers dangle down the cliff and rock faces. Believe it or not, despite the steep narrow streets cars go in and out all the time, and this is a working town, not a tourist oddity. After a wander around then in the 'Street of the Shadow', there are lots and lots of tapas bars with excellent food and ice-cold beer.