Wave Rock is found on the northern face of Hyden Rock, located near the town of Hyden, and 335 km east of Perth, Western Australia. It is 11- 12 m high (different heights are stated by different authors) and 110 m long. It is a granite outcrop of the Yilgarn Craton, the oldest of the cratons that formed the original Australian continent. The shape of the "wave" is not triggered in a straight line by water erosion, but by scarp foot weathering. The rock was originally buried by soil, and as the soil level was lowered by erosion the top of the granite was exposed.

The Aboriginal People of the area are believed to have avoided the rock. The reason is not certain, some believe it was because of the connections with the stories of the past, others believe it was simply because of the lack of water, or to avoid contact with other nearby tribes. Into the northern area of rocks is a region that was visited by the Aboriginal People where water was accessible in flagon-shaped holes in the rock they called gnamma holes. Nearby is Bates Cave, eroded out of a large boulder that has been dislodged from the Humps, a large rock residual. On the walls of this cave are stencilled hand marks that are believed to be about 200 years old.

Hundreds of kangaroos, emus, wallabies, koalas, wombats, lizards and many kinds of birds inhabit the environs of the rock. There are varying shades of yellow, red and grey that have formed in vertical strips down the rock face.This has been caused by minerals washing down the rock over centuries.

Near to Wave Rock is the aptly named Wave Rock Dam, an impressive dam which was initially constructed in 1928. This dam was expanded in 1951, to service the Hyden Township and its capacity is 30 mega liters (30 000 cubic meters). The dam has low walls, which have been constructed on Wave Rock to channel the rainwater into the dam. Wave Rock can be stepped in at any time, but many visitors prefer to visit early in the morning or late in the afternoon to see the shifting light on the rock.

Bring your camera and water and allow yourself an hour to see the Wave then walk around to Hippos Yawn which is only a short walk back to the car park where you began. The sound of the wind in the salmon guns is very peaceful. 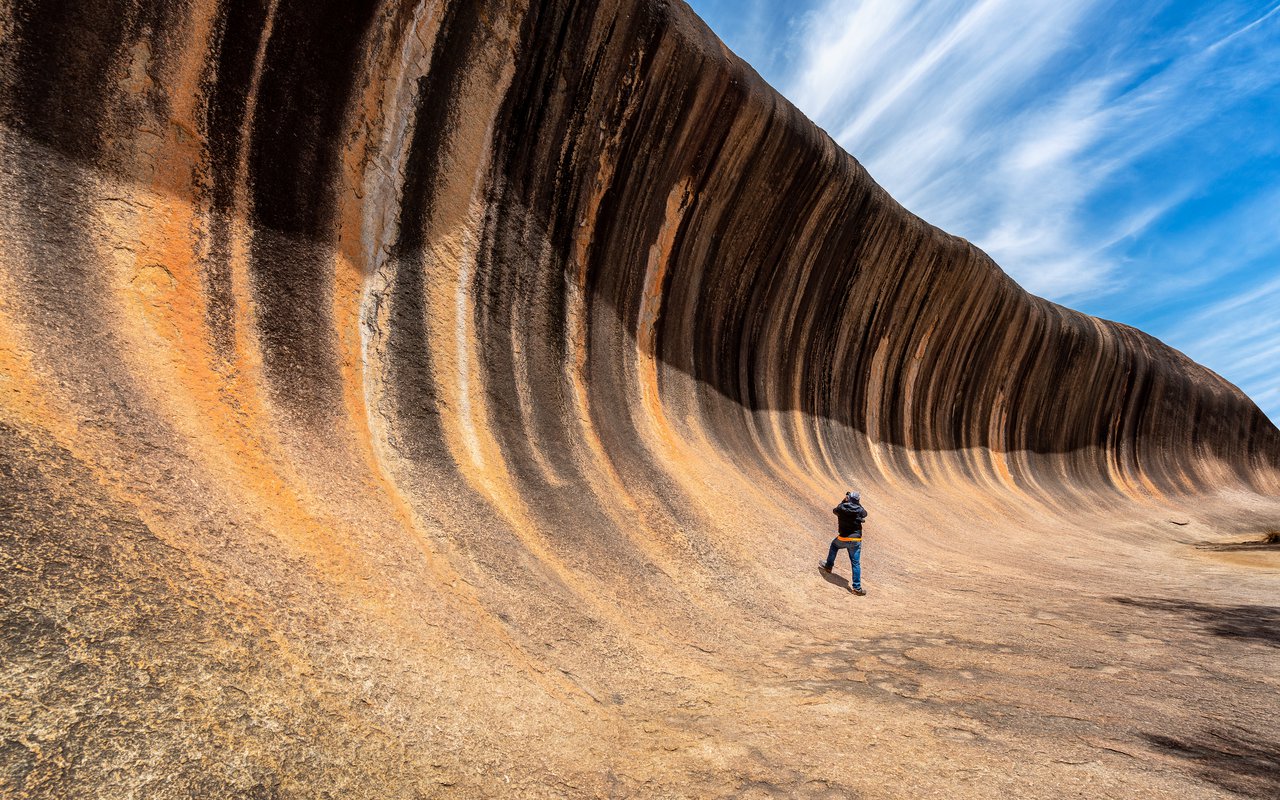 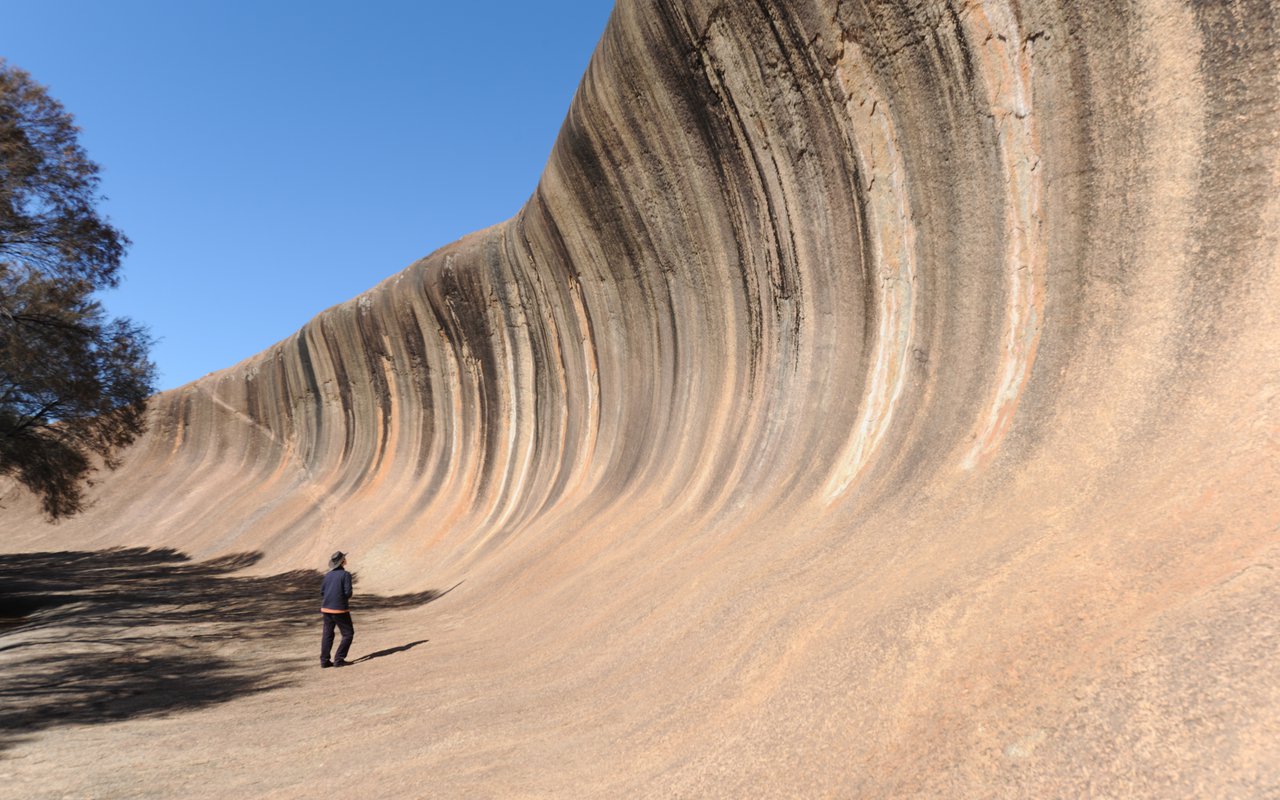 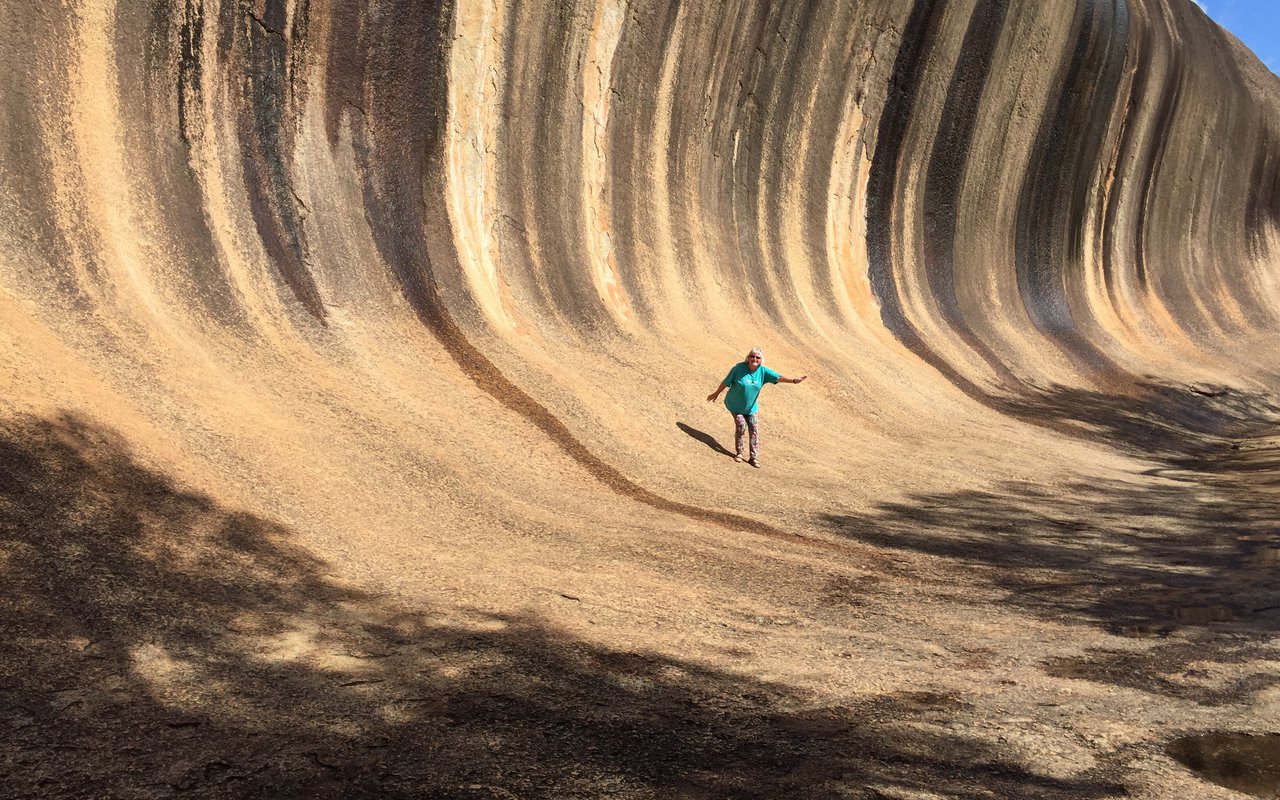 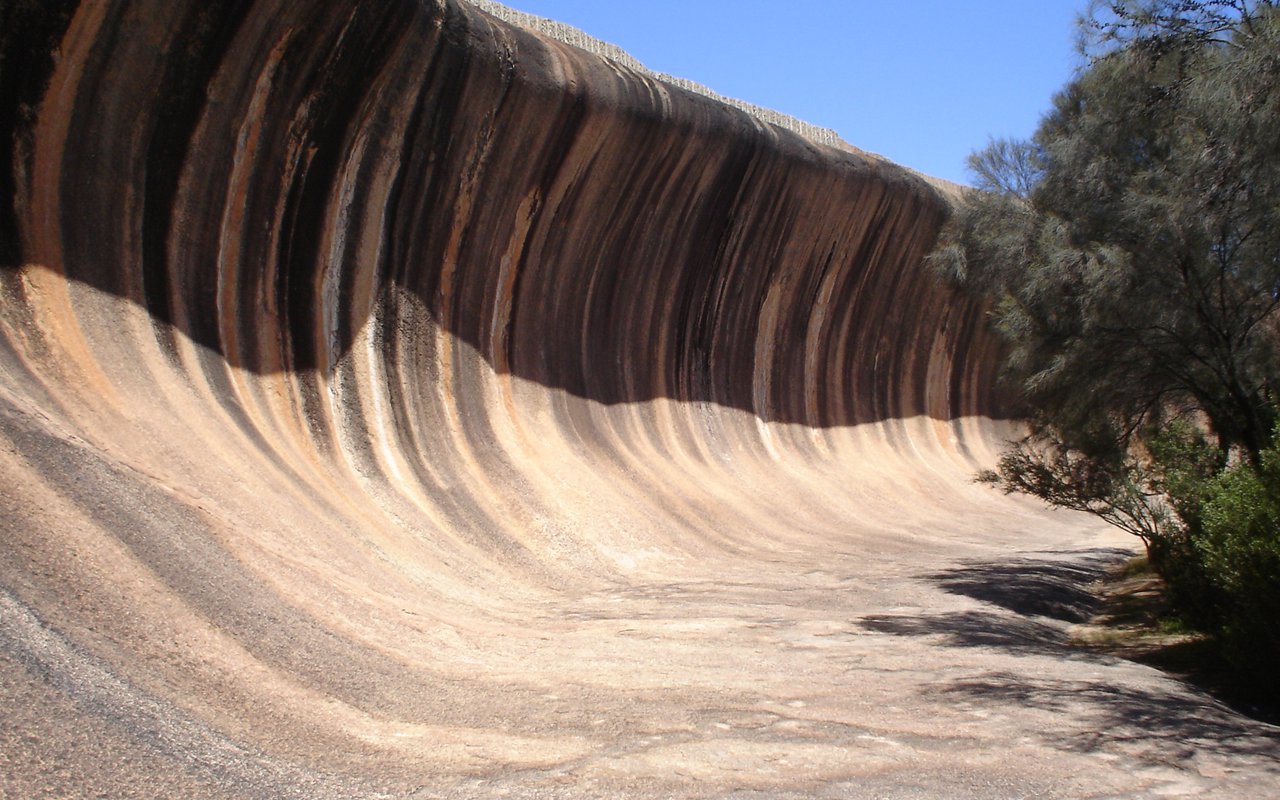 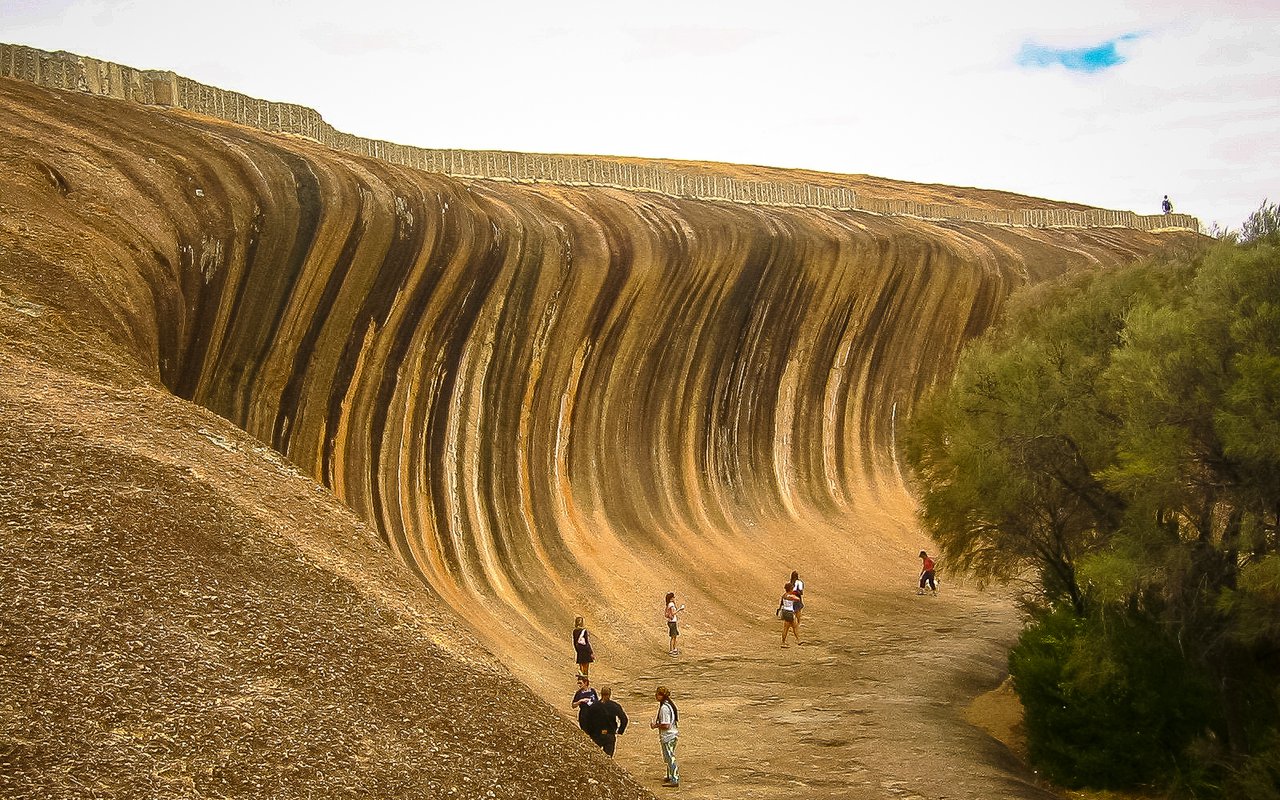