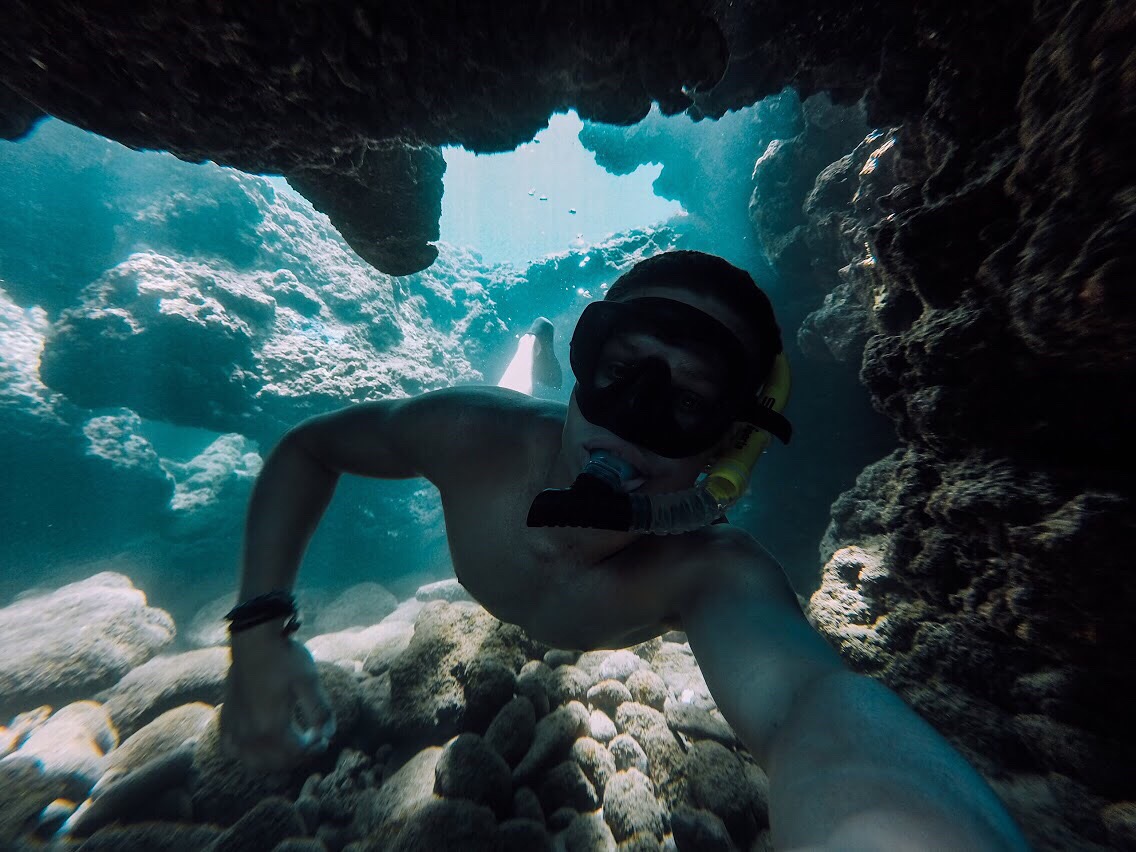 Historically referred to as' Wurm' meaning' dragon' by Viking invaders, the promontory, Worm's Head, is shaped like a gigantic sea-serpent and marks Gower's westernmost point. A rocky causeway joins the island to the mainland and features a big flat-topped' Inner Head' toward a natural rock bridge called' Devil's Bridge,' a' Low Neck' that leads further out to the' Outer Head.' The headland is one mile long and about 150 feet is the lowest point.

The peninsula is a flat-topped region approximately 175 feet above sea level, at the level of an antique beach, partially covered by cliffs but slopes down less steeply on the far side to a group of exposed rocks along the coast, divided at high tide by a quarter of a mile of open water from the island, so named because of its lengthy, slim, serpentine shape,' wyrm' being an old word for an island.

The island has four separate parts-the nearest and biggest is the Inner Head, an oval-shaped region up to 140 feet, linked to the much narrower Lower Neck adjacent to the Middle Head by another rocky belt, sometimes broken by storm tides but otherwise above the high water mark. These two are divided under a tight strip of rock by Devil's Bridge, a big, angular opening. Also the highest is the island's most remote part, the Outer Head, which ends at a tiny peak about 150 feet high. Like most of the island, Outer Head is bounded to the north by pure cliffs, but the south side is sloping more softly, and a broad range of intricately eroded calcareous structures is disclosed as the tide recedes, improving the already very photogenic landscape.

Worm's Head can be reached from either side of low tide for approximately 2.5 hours, providing a five-hour access window, long enough for a round trip, 2.5 miles from the brink of the promontory. Including the walk from the closest parking area in the village of Rhossili, the total is 4.5 miles; the walk offers amazing views of the island, the promontory hills, Rhossili Bay, Rhossili Downs, and the east shoreline, while added interest comes from rock formations, spring / summer wildflowers, the abundant tide pools, and a herd of sheep that grass the continent. There are also two neighboring historical sites-earthworks from an Iron Age fort along the northern edge of the promontory, and the center remains of a medieval field scheme(' the Vile'). 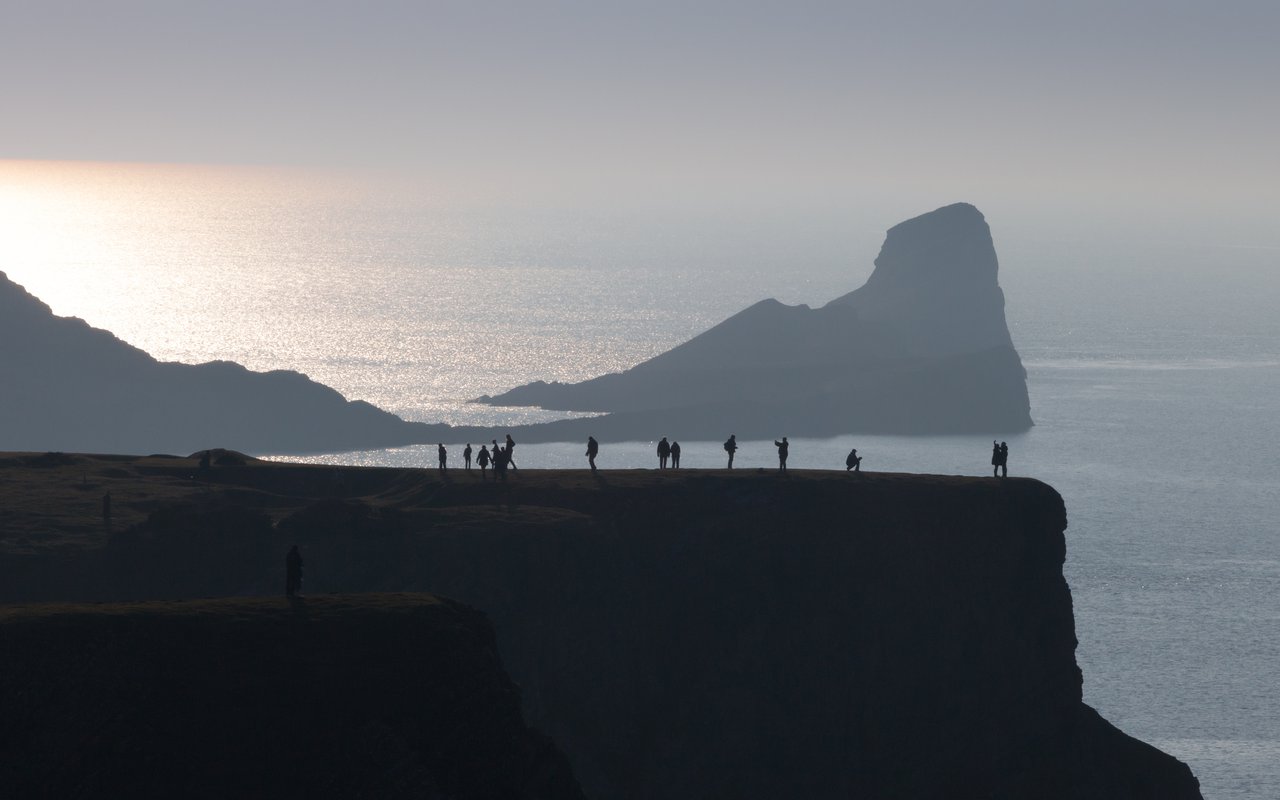 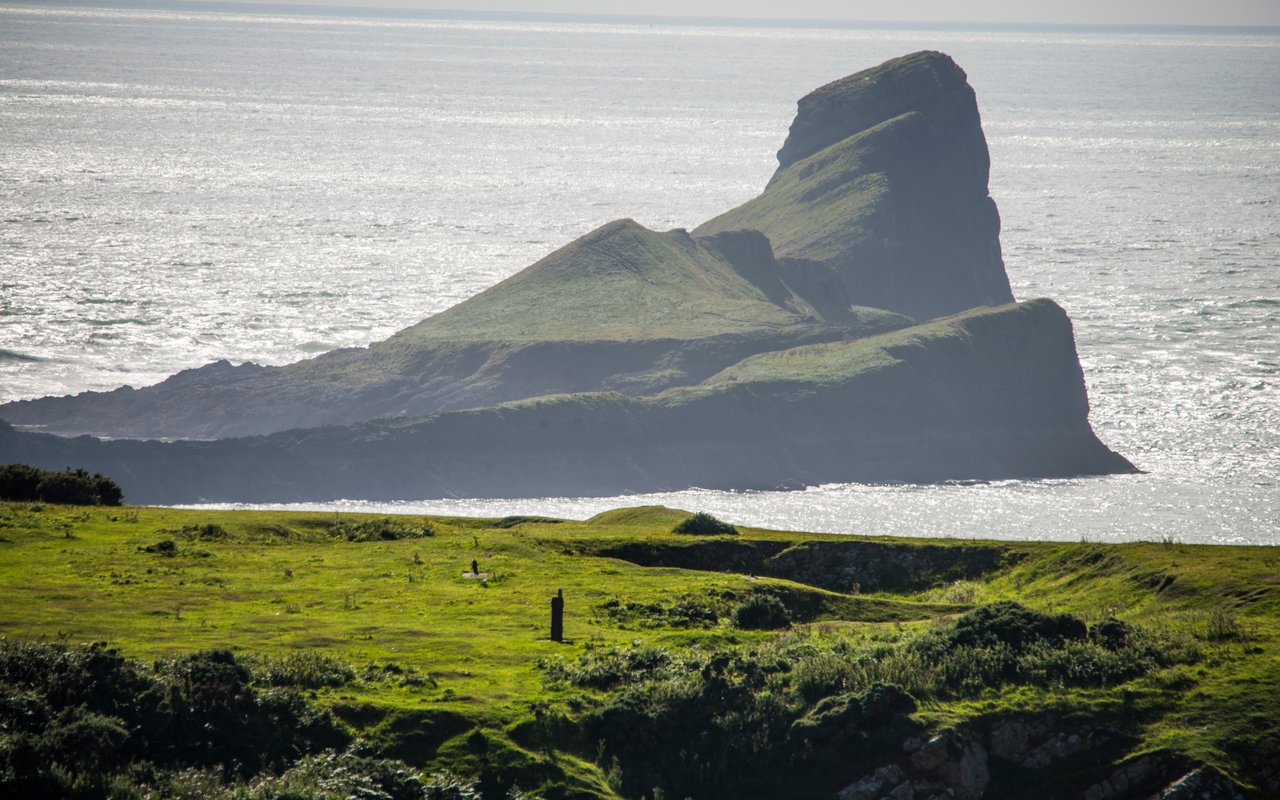 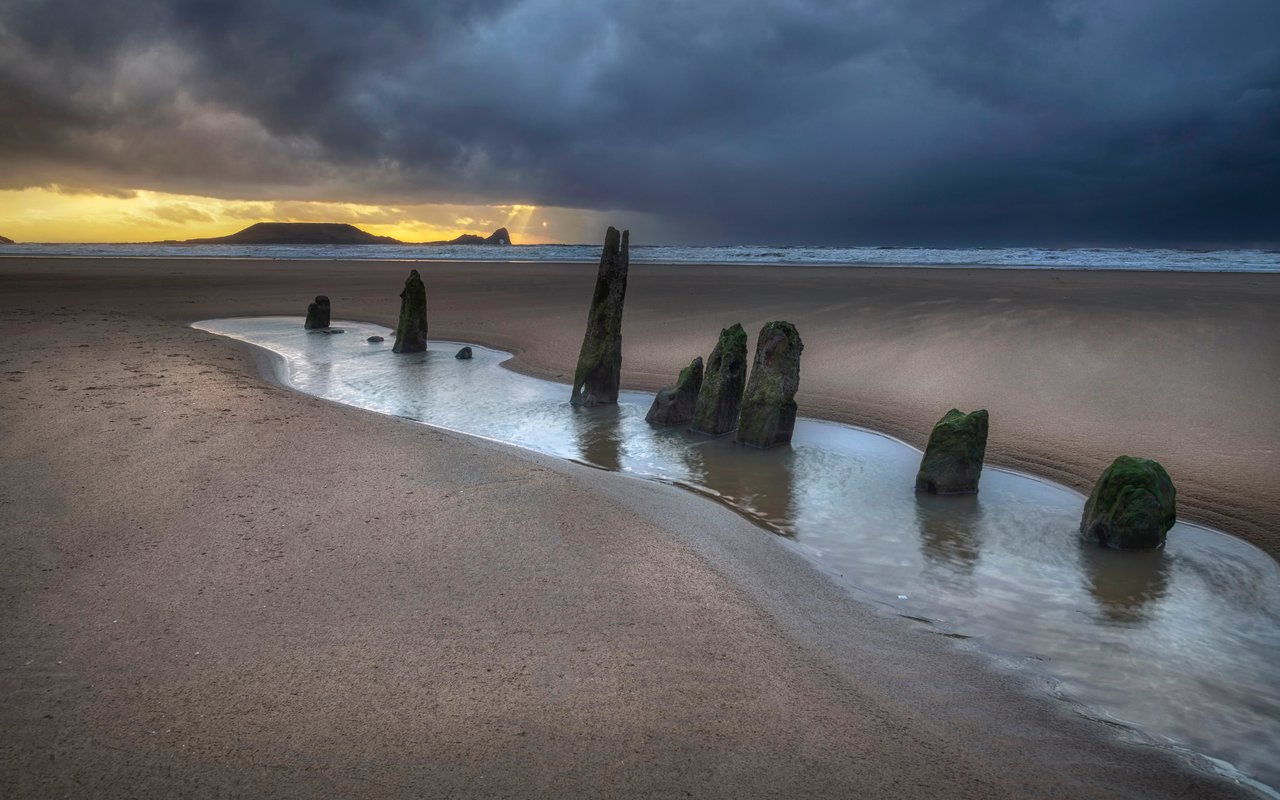