Chances are that you have seen this place before! When a place as starkly ethereal as this is close to Hollywood, it's a safe bet that it'll show up in more than a few movies and TV commercials. It showed up in one of the early Star Trek movies (so far back that the original TV series stars were in it) and the first Planet of the Apes movie as well as HBO WestWorld . It's on a dirt road that is usually easily accessible by ordinary vehicles. It's a mile or so off the highway, and worth the effort. You can drive a typical small car to the pinnacles but I would not really drive a small car THRU the pinnacles as there are some hairy spots and sinking sand spots. 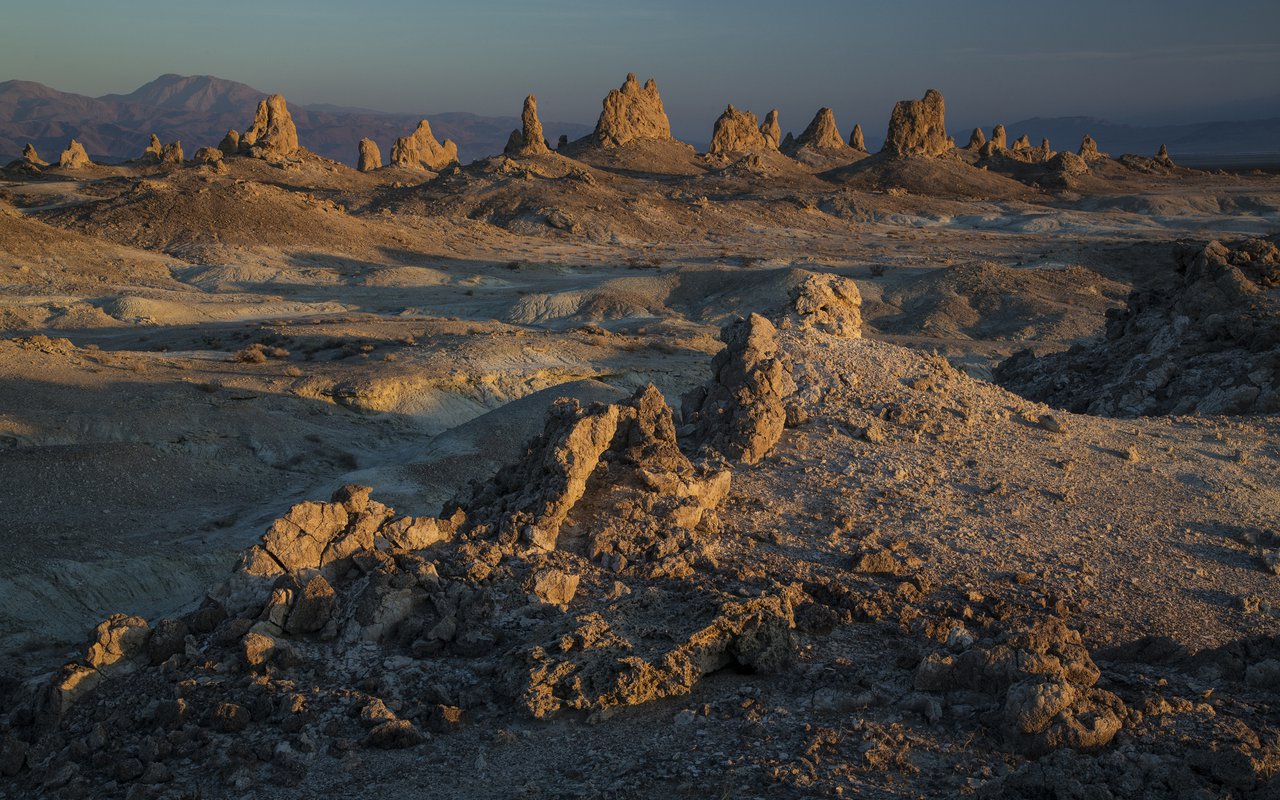 Yueyaquan is a crescent-shaped lake in an oasis, Only 6 Kilometers south of the city of Dunhuang in Gansu Province, China.

This a natural wonder of the Gobi Desert goes with many different names such as The Crescent Lake, Crescent Spring, Crescent Moon Spring, or Yuya Spring. Just like as its name suggests, the lake resembles the crescent moon and, with its crystal clear water, resembles a turquoise or pearl decorated in the vast desert.

You can enter the area either by using the shuttle buses, located one left side the entrance or simply by walking along the main path to the lake, if you feel adventurous then you can also ride the camels or slide down the slope of the dune before walking to the lake. Once you get there, you'll witness the shifting scenery of the lake from early sunrise to sunset, such as the soft glow of dawn. Close to sunset, the lake reflects the rosy clouds and golden dunes of the surrounding, and in the evening, blue neon light encircles the lake resembling the moon on the ground. The scenic area stays open till late in the evening, allowing visitors to enjoy themselves under the starry night. .Tickets to these areas are valid for three days. Hence, you'll have plenty of opportunities to shoot at different times of the day. 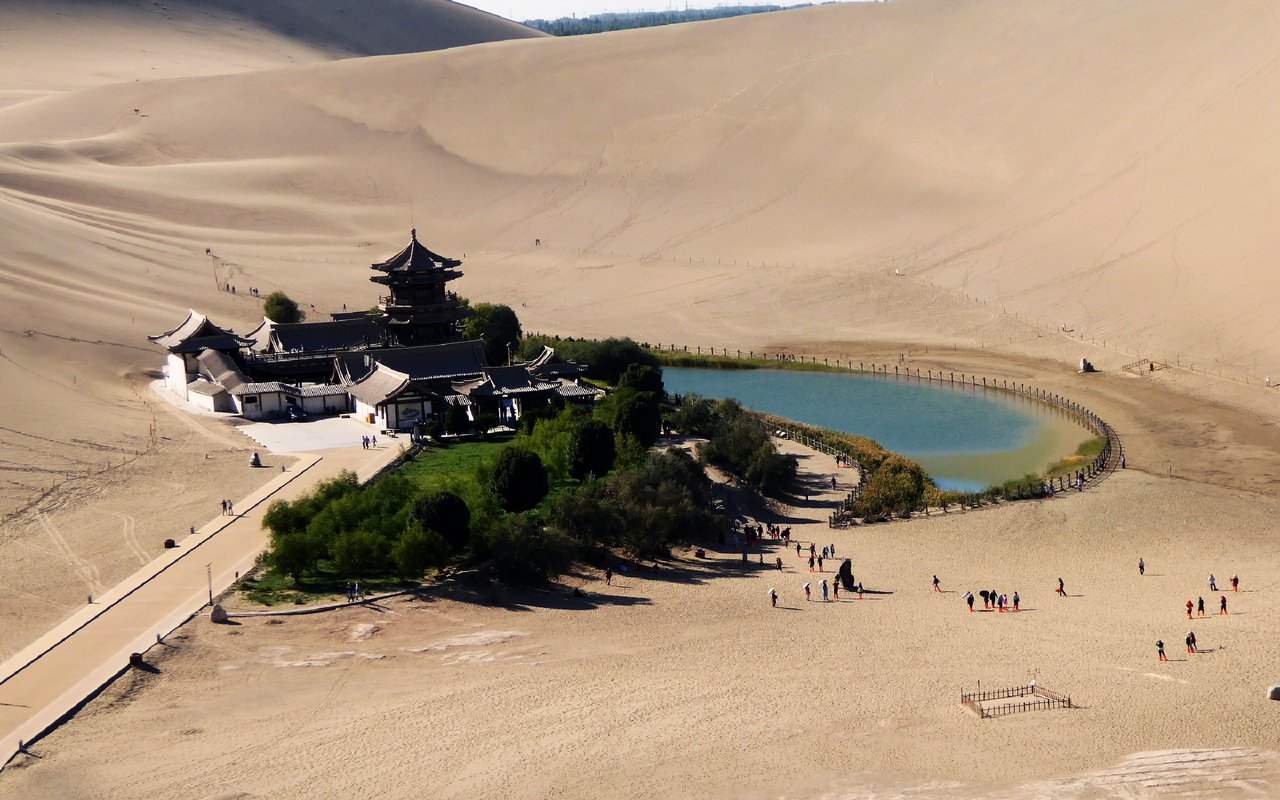 Here’s the second part of our interview series celebrating our own home state, the beautiful state of Arizona... 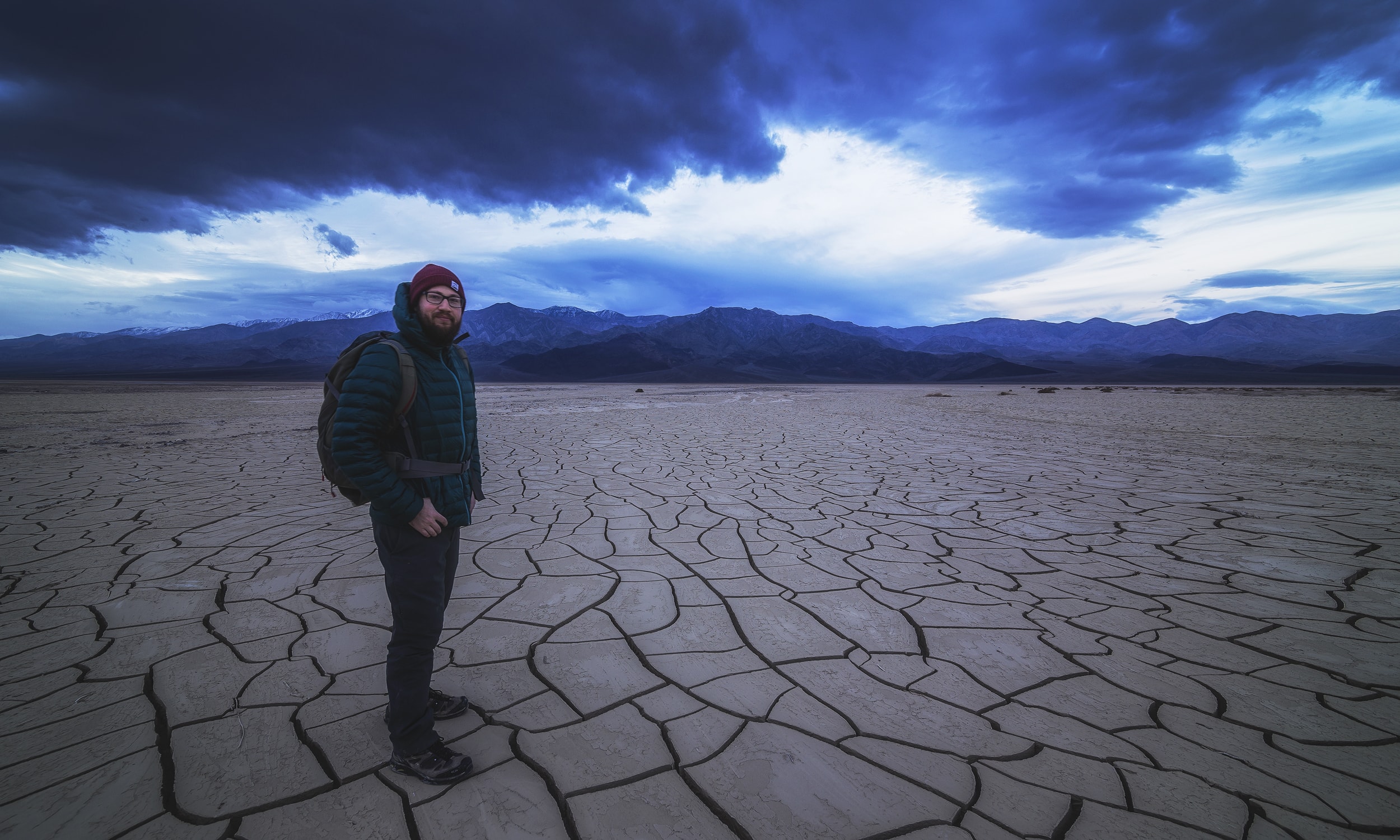 Peter, can you tell us a bit yourself?

I grew up just outside the city of Philadelphia back east and never had much interest in nature back then, though I always tried to be creative with whatever I was doing especially in school. Just as I began high school, my family and I moved to Arizona, a drastic move for all of us. I used to ride BMX and always flipped through the magazines looking at the photos, which prompted me to get a camera of my own. Years of riding a bike in the desert allowed me to enjoy the surroundings a bit more than most. Slowly but surely, I was becoming addicted to being out in nature. When I finally got my DSLR I knew I was going to be photographing nature almost exclusively. A trip to Yellowstone was like a dream for me, all the wildlife and nature one could have. It wasn’t long after that I began to focus on landscape photography and again, slowly but surely, I was almost exclusively photographing the landscapes I was seeing. The long lens began collecting dust, and the wide angle began getting all the love.

In 2012 after my first solo trip into California’s Eastern Sierra, I knew that I was going to primarily photograph landscapes from here on out. I still sometimes photograph wildlife when the situation presents itself, but it’s few and far between the amount of landscape photos I take.

What did you find so unique about Arizona?

Before I moved to Arizona, I always thought it was a true desert, barren, cacti everywhere, no rain or water, sand for miles, but I quickly realized that is not the case. In fact, I have found Arizona to be one of the most diverse places I’ve been, and most people are baffled by some of the locations that I photograph and share and mention they are somewhere in Arizona. If I’m not feeling the desert at the moment, I can drive an hour or two and be in the pine trees and mountains. If I want to photograph a lake or a river, there are plenty within driving distance. In the winter if I want to see snow I can drive up north and photograph it and come down to the desert and be in shorts the same day. It really is rather remarkable. We still get all four seasons here, in fact, IMO it’s hard to argue that there is anywhere better for fall color. Yes the east coast has some amazing places as do the rocky mountains, but neither of these locations can offer a lengthy autumn like here in Arizona. You can have various fall colors from late September all the way into January if you know where to look. The summer monsoons are also quite the spectacle and bring the drama of mother nature throughout the valley and all across the southwest. 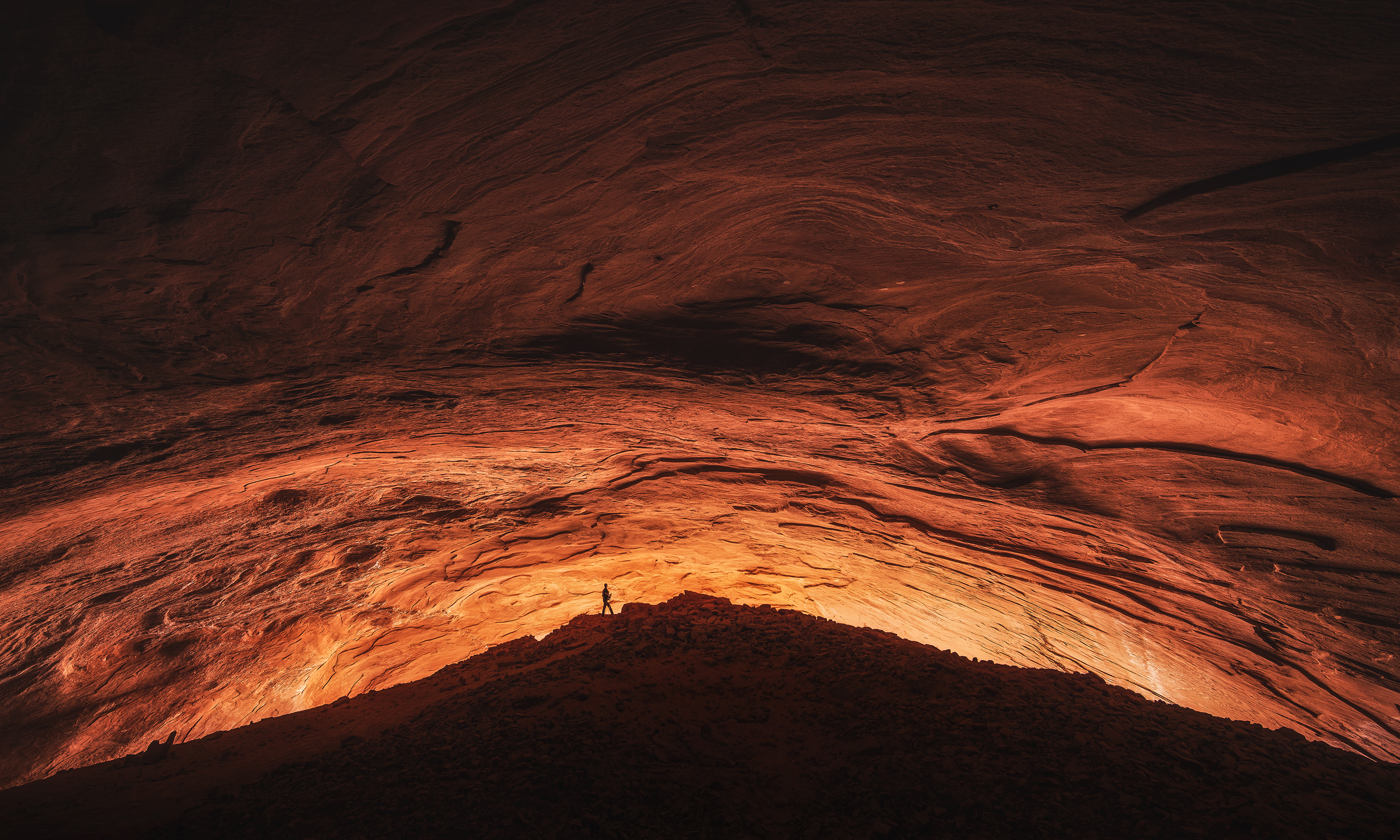 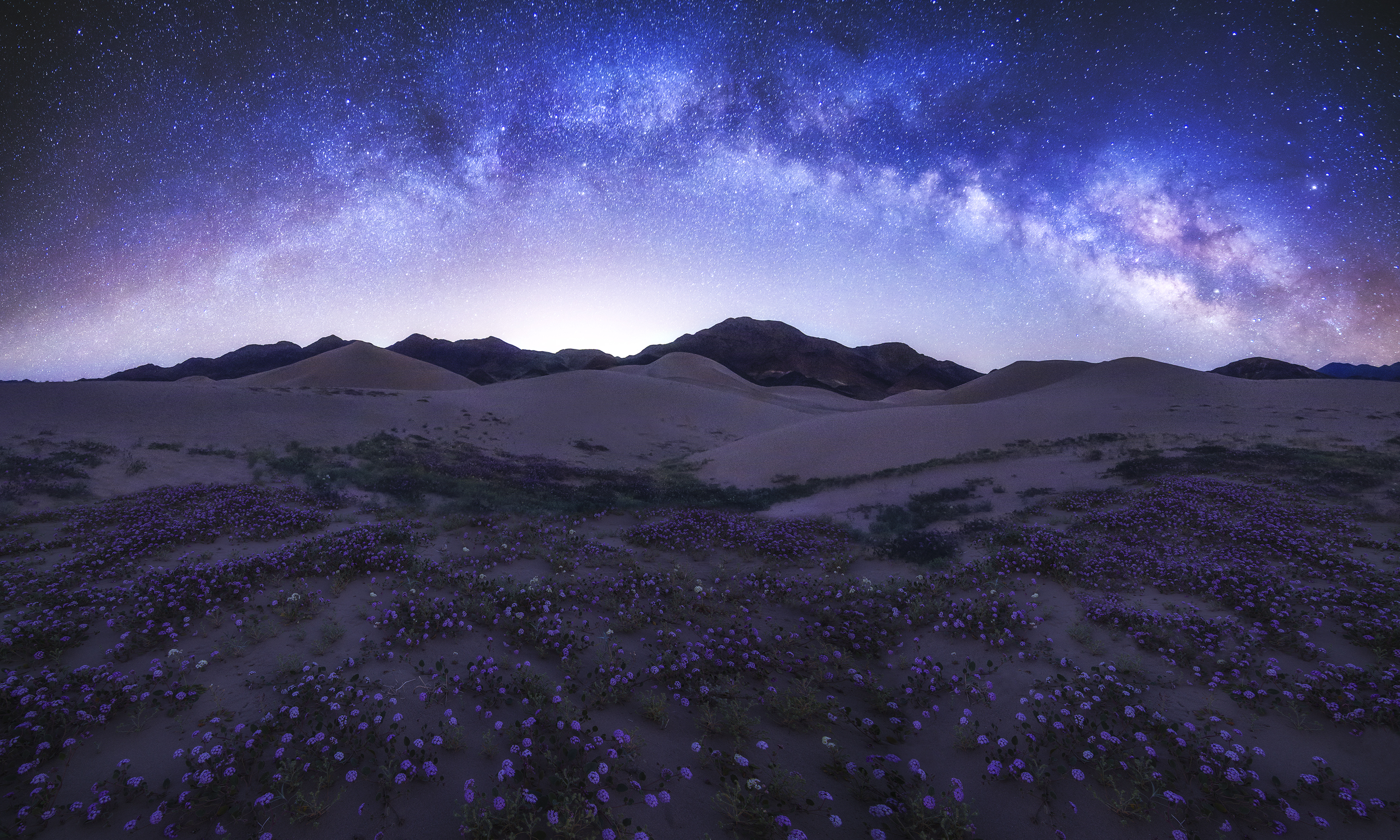 Did you get to photograph any hidden places in Arizona?

It’s harder and harder to find hidden places these days no matter where you are, more often than not someone else has been there. I wouldn’t necessarily say I get to photograph hidden places, but rather places that are seldom seen as it takes more work than the average tourist. I like finding new places to me or places I haven’t been before. I often have people ask me “where is this” on my photos. Most of these places can be found doing a bit of research, which is part of the fun of adventuring and exploring.


What equipment do you use to captures your astrophotography?

I don’t use any fancy trackers or telescopes for my “astrophotography”, just my trusty Canon 6d, a Tokina 16-28mm 2.8, a tripod, and a wireless remote trigger. My favorite places to photograph the night sky are typically up north on the Colorado Plateau which connects Northern Arizona and Southern Utah and has some of the most spectacular and remote landscapes in all the southwest. Although, I would be hard pressed to say that the Eastern Sierra area in California and Death Valley are right up there among my favorites for that type of photography. 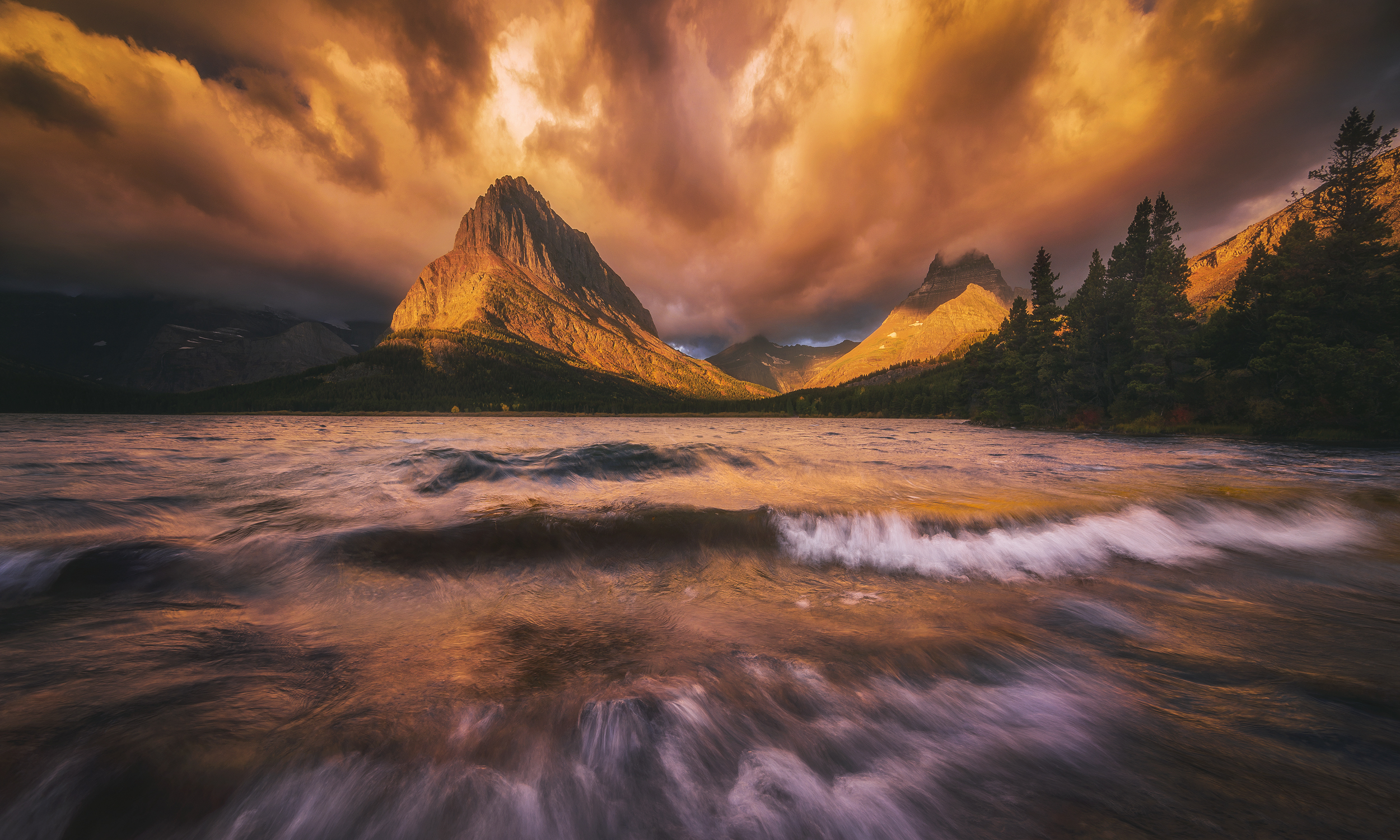 For taking a crazy shot like that how do you combat sleep deprivation and the late nights?

For most of my milky way images, I am up early in the morning (2-3am) hoping to photograph it arcing over the landscape. During the summer months, I just wait an hour or two after sunset and it’s usually quite visible. I think there was only one time where I did a nearly 48 hours no sleep marathon of shooting while in Yosemite and the Eastern sierra where I photographed the milky way both rising and setting in locations four hours away from another, sunrise to sunset, and then more milky way photography. I enjoy my sleep as much as I enjoy photography, so for me, it usually has to be worth it for me to get out of bed early in the morning. Most of the times I can predict what conditions will be like and if I need to wake up or not. If the skies are clouded over at 3 am then I just shut my eyes and go back to bed. Coffee and chocolate also help stay awake during the extra late nights.


Closing Thoughts … How do you think photography and traveling have changed your view of the world?

I think photographing the landscapes, the wilderness, the wildlife all over has given me much more appreciation for all things nature. I don’t take anything I get to experience out in the field for granted. I feel more free when I am traveling and exploring, not only taking photographs but actually being in these places. I want my photographs to bring some sense of awareness that wild places still and very much should exist in nature. I want people to appreciate these wild places rather than destroy them, and if my images can help do that then they have served more of a purpose and give me, even more, a reason to keep traveling and photographing.

Persian Tourist A must visit to Kaluts Desert

The Kaluts (meaning sandy mountains in Persian/Farsi) is a desert which is part of a bigger desert named Lut (or Dash-e Lut).

This incredible location is also known as the hottest place on earth ( a NASA satellite captured the highest temperature ever registered on the Earth’s surface, which was 71ºC, no kidding.) which means: you wouldn't  have to worry about any  desert threats since no single plant or creature can survive in such a harsh environment! 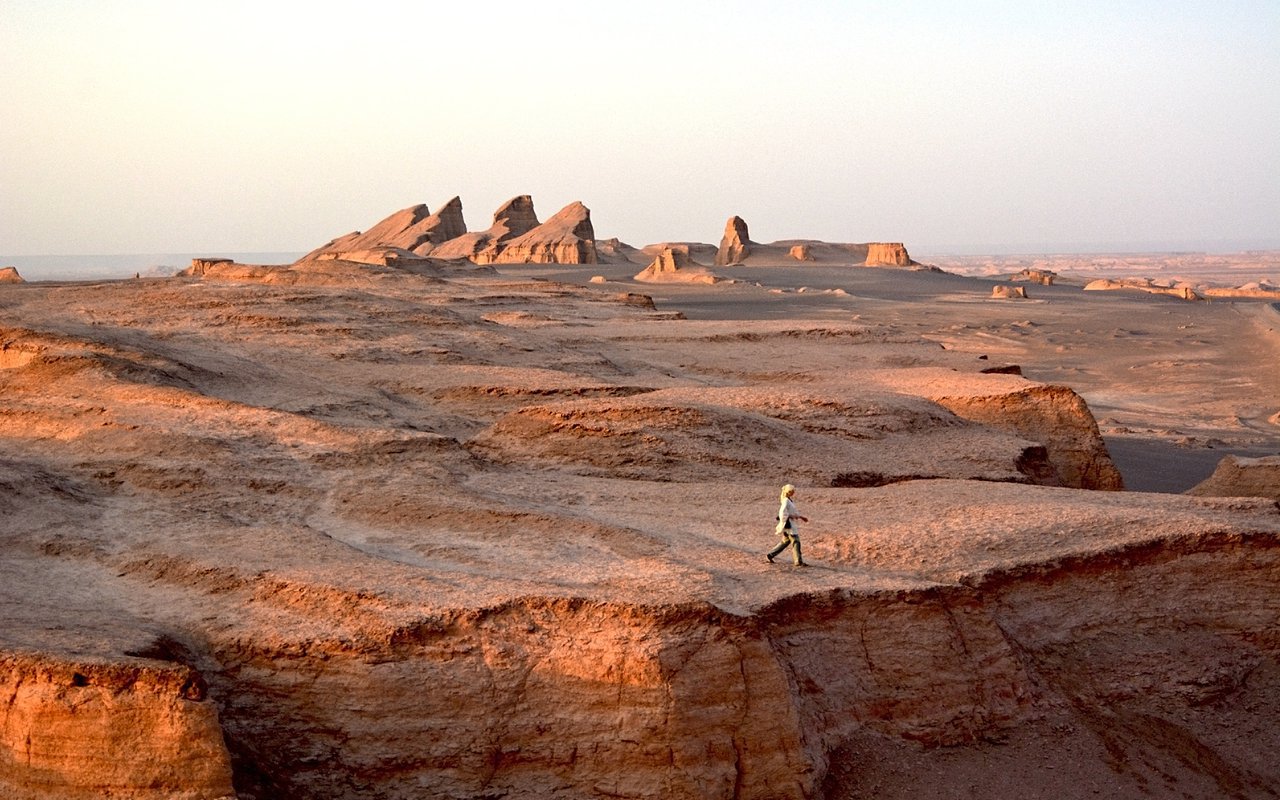 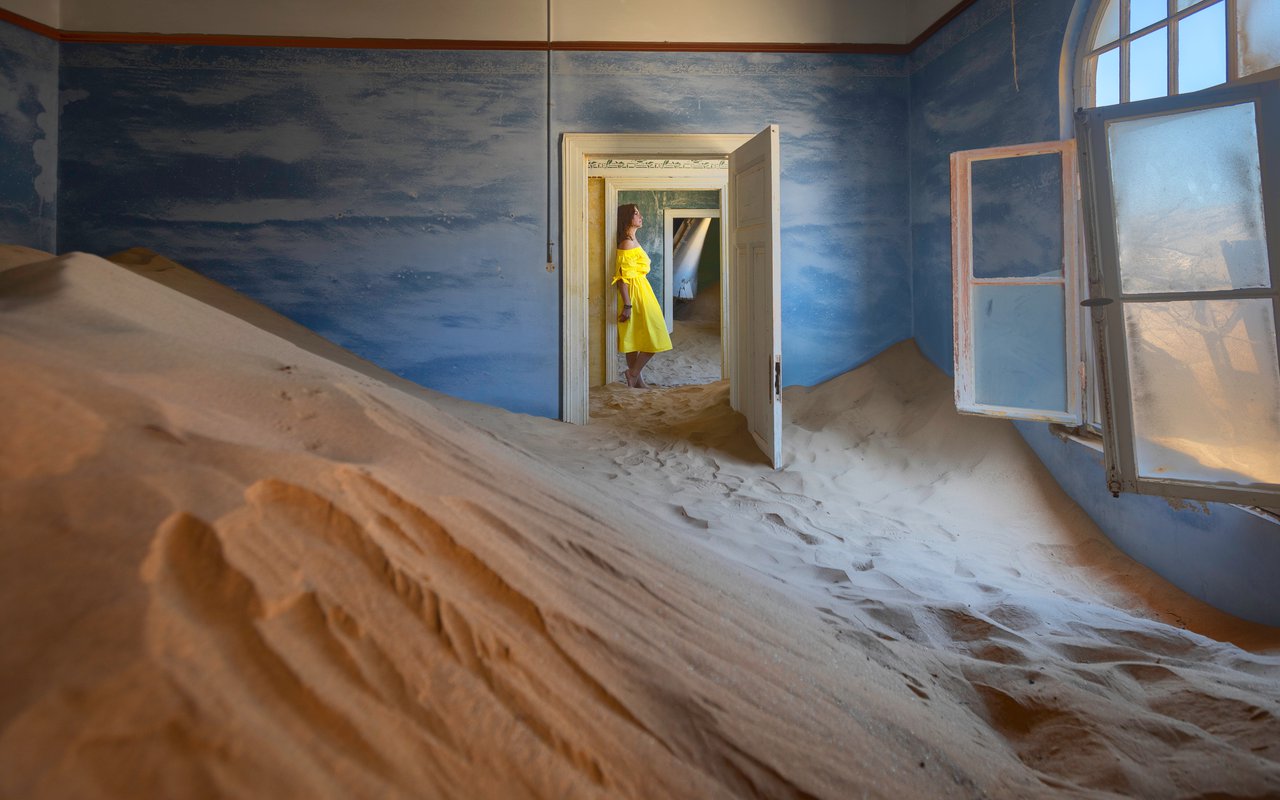